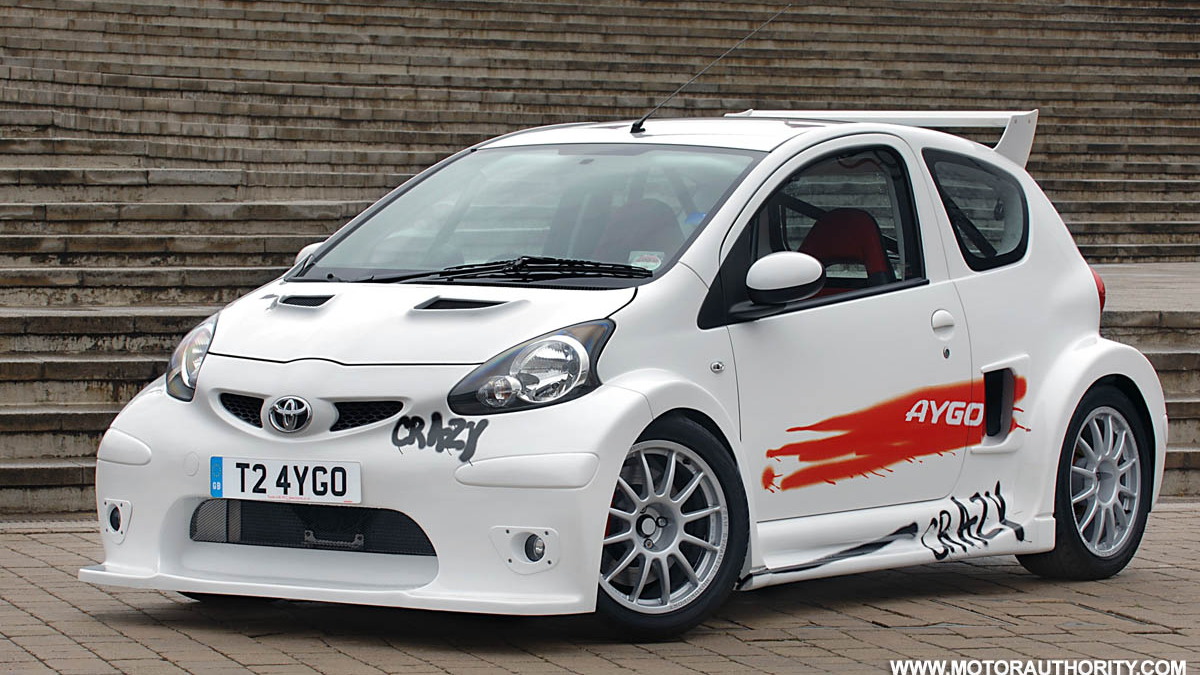 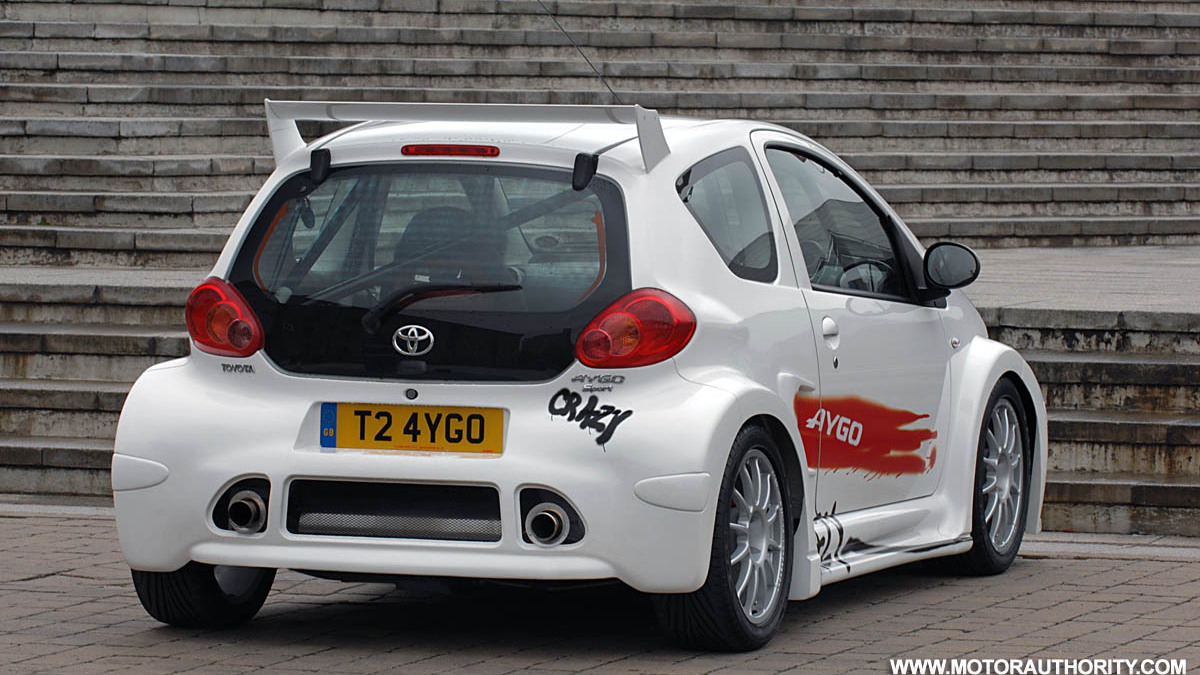 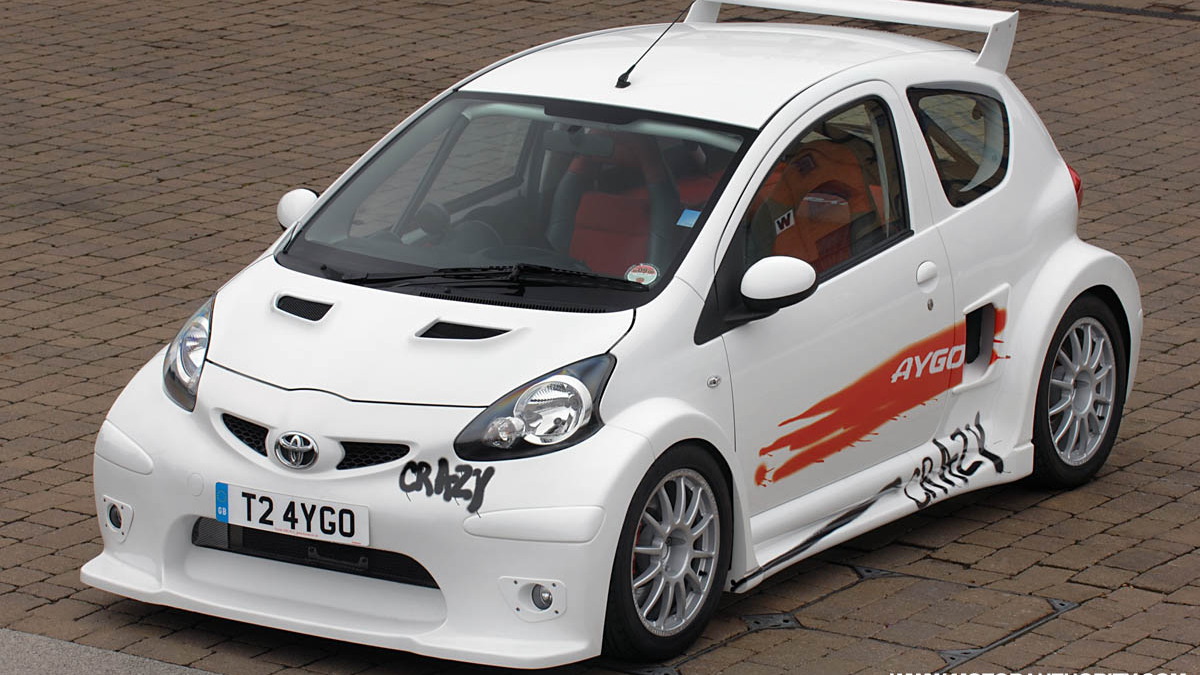 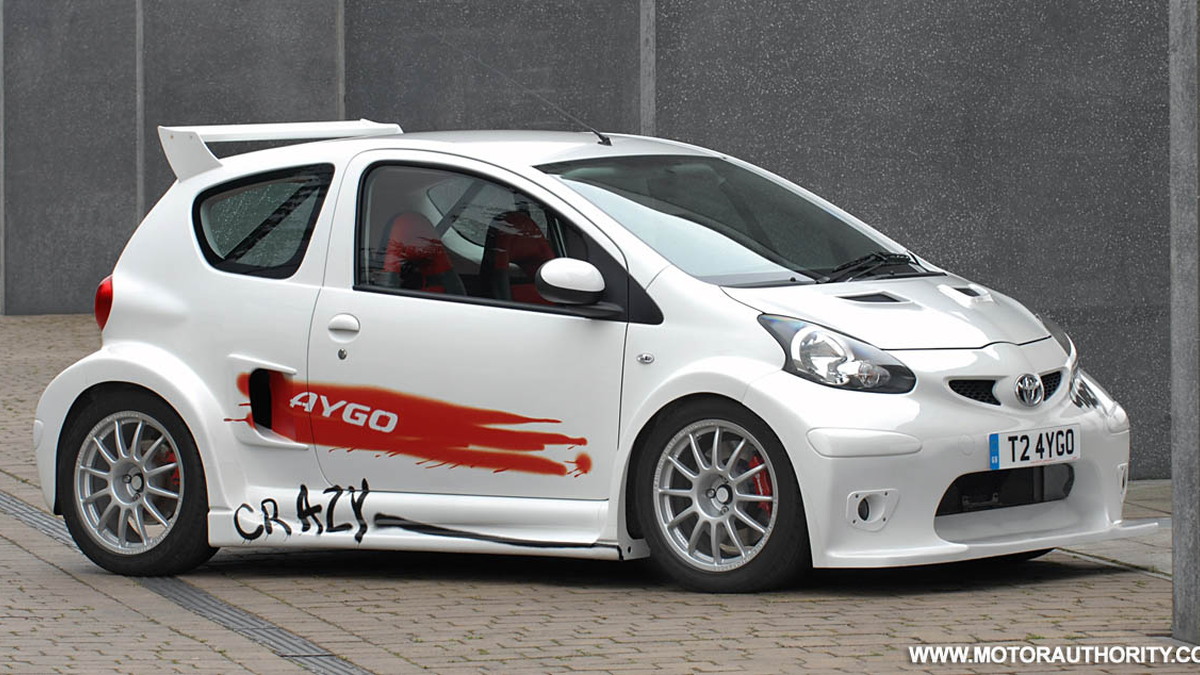 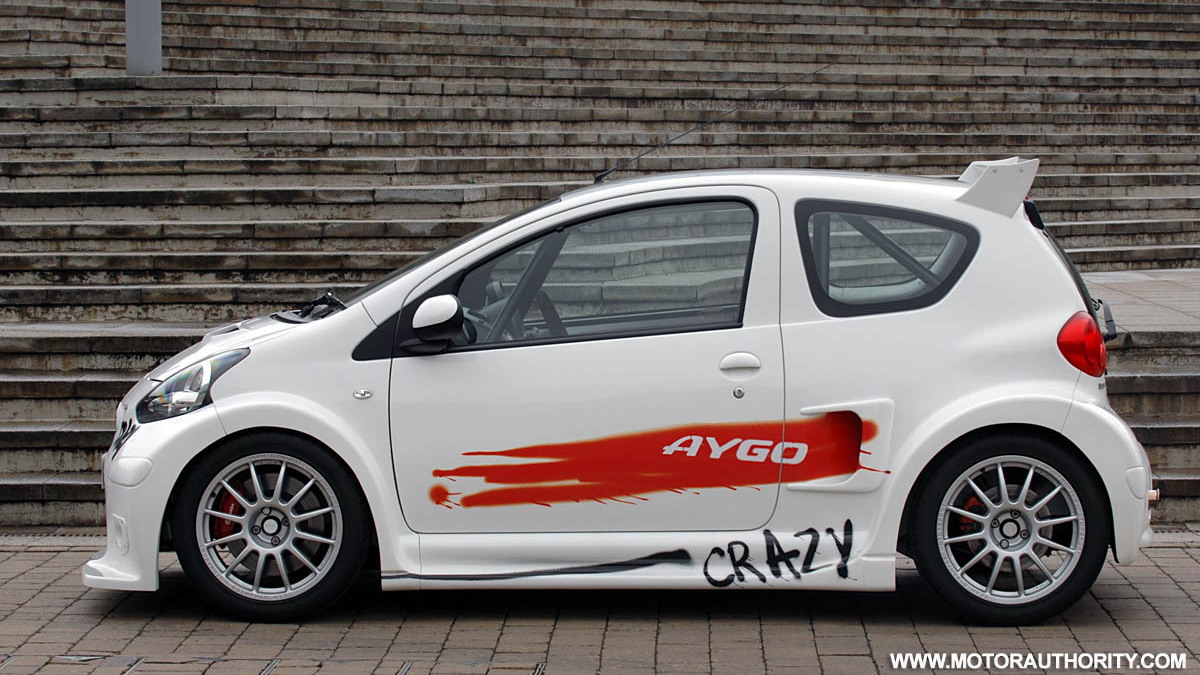 17
photos
Toyota will present a one-off sports concept based on its Aygo hatch at next month’s London Motor Show, which has been designed from the onset as a pure driver’s car. As such, the car is devoid of all electronic handling aids and has no power steering or ABS and is more akin to a go-kart with doors and a roof.

Power comes from Toyota’s 1.8L VVT-i engine from the previous Celica and MR2 sports cars but has been mounted to the rear axle for RWD. The addition of a Toyota Motorsport turbo conversion kit boosts power output to 200hp (150kW) and torque to 177lb-ft (240Nm) - a hefty upgrade compared to the standard Aygo’s lowly 68hp (50kW) output. Weighing in at just 1,050kg, the Aygo Crazy is capable of reaching a top speed of 127mph.

To match its performance, designers added a custom-made body with flared wheel arches housing relatively large - in this segment - 17in alloys shod with 225 Goodyear tires. There is even a direct link to Toyota’s sporting heritage as the Aygo Crazy’s carbon fiber rear wing is a part taken directly from the 200mph race cars in the American Champ Car series.

To cope with the greater engine performance, a custom cooling system has been designed with a huge front-mounted aluminum radiator. The suspension is from the MR2 Roadster, with MacPherson struts front and rear. Adjustable Tein dampers improve performance and the front and rear track are one inch wider than on a standard Aygo.

Enthusiasts have complained for years that Toyota isn't serious about building affordable sports cars any more. With the announcement of the Toyota-Subaru sports car and this interesting concept, we think they're well on track to build some special cars in the near future.