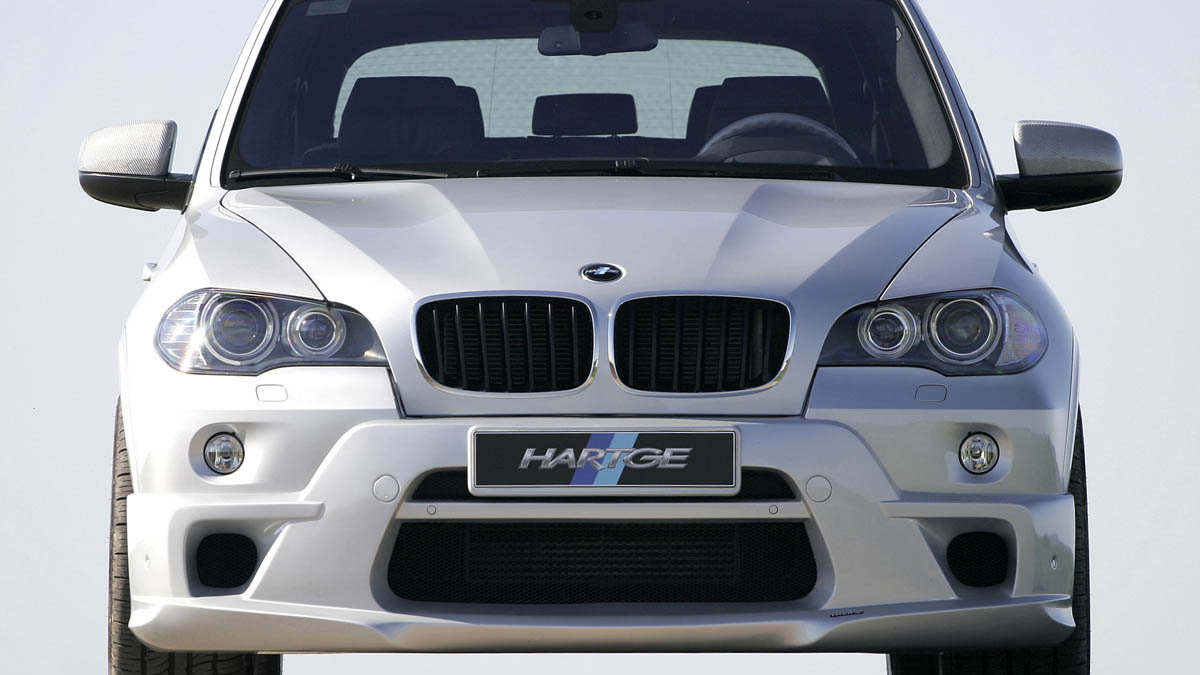 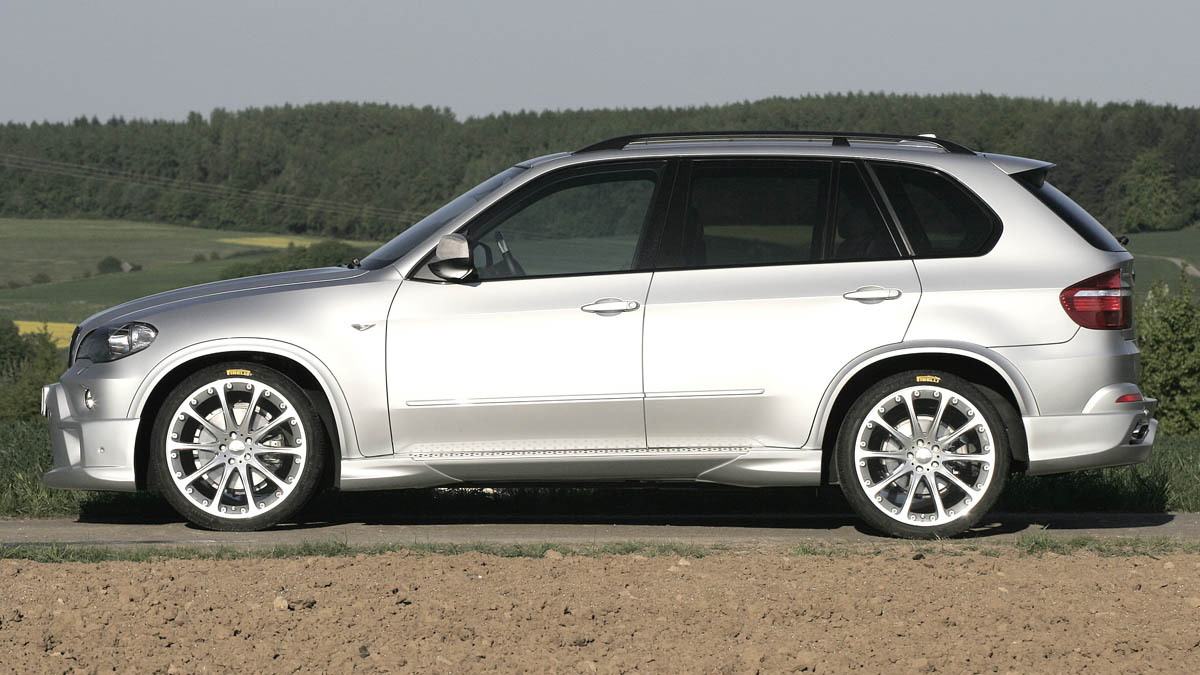 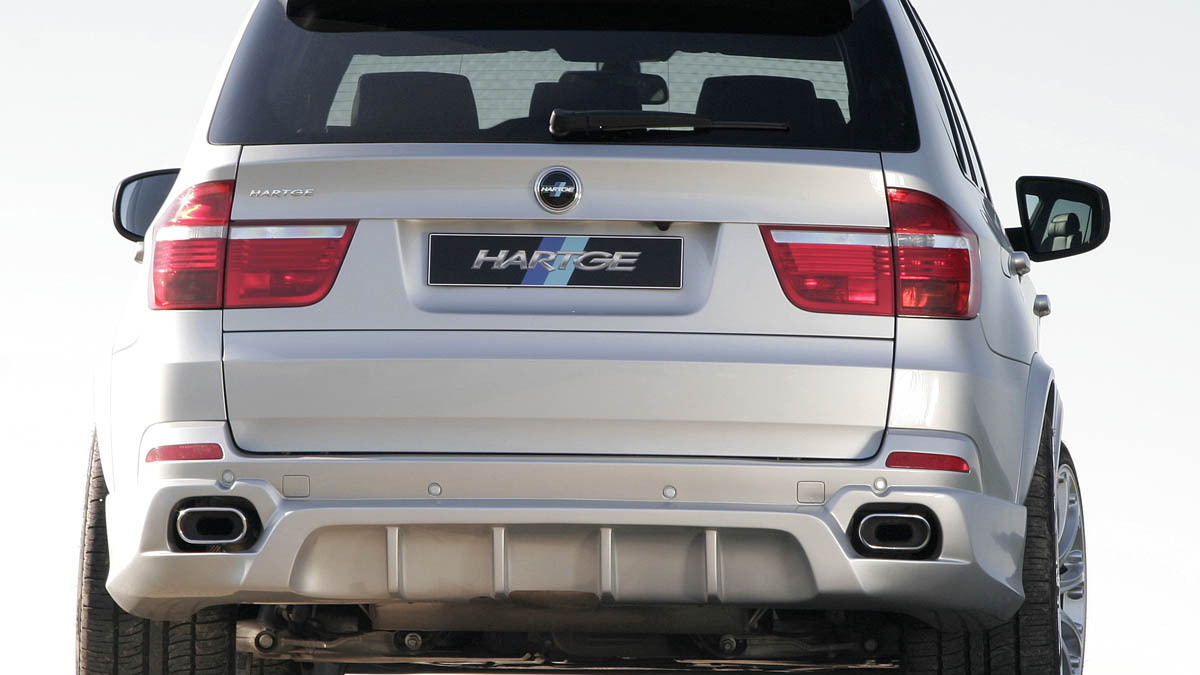 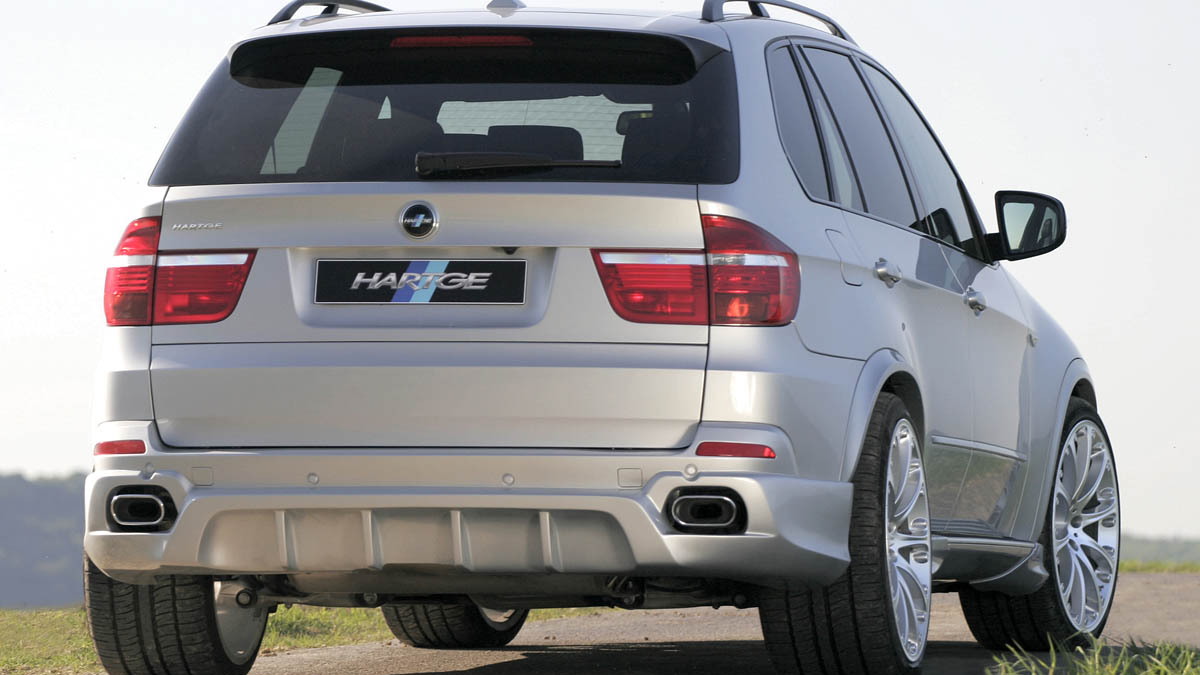 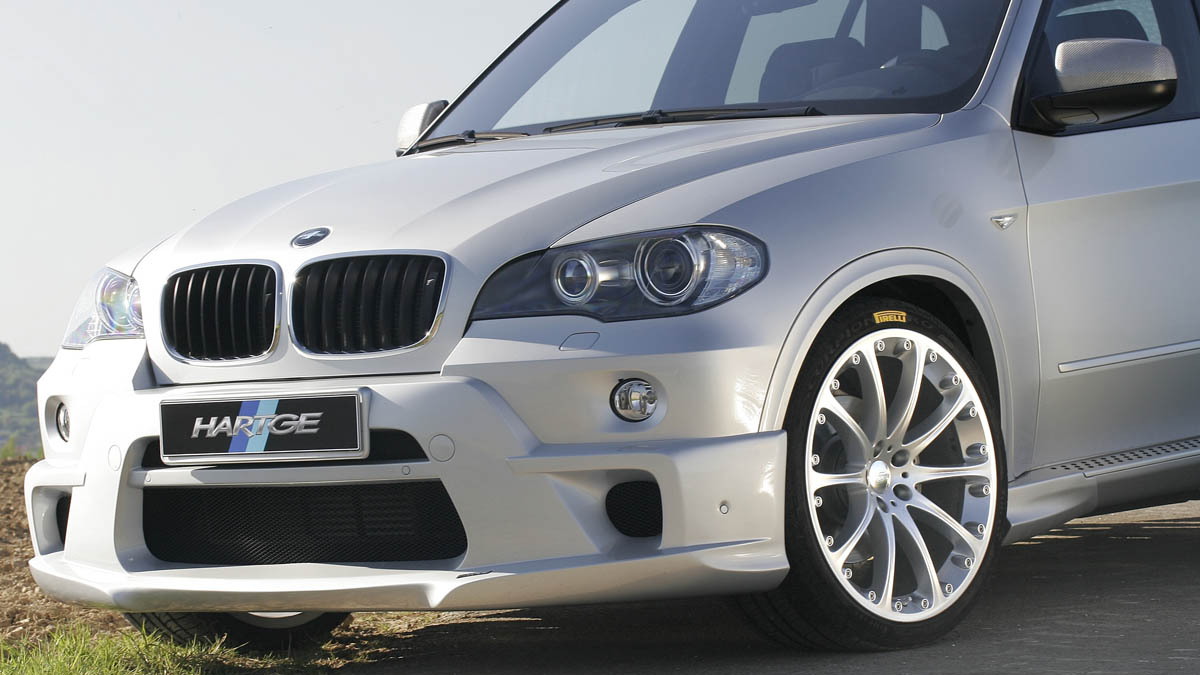 8
photos
German tuning house Hartge is famous for its wild modifications of BMWs, and their latest creation is no exception. This time the tuners at Hartge turn their attention to a BMW X5, with modifications to the exterior, interior and under the hood to give the car a sportier feel and an extreme, aggressive look.

To match this performance, the Hartge Hunter has also had an exterior makeover, with new aerodynamic additions including a front spoiler, rear skirt and new side sills. The car also sits 30mm lower than the standard model thanks to the upgraded springs, though the addition of the new ground effects bodywork makes the Hunter look even lower. A few smaller additions, like silver carbon side-mirror covers and special emblems show attention to detail. Huge 22-inch wheels fitted with a staggered setup of 285mm section width Pirelli Scorpion Zeros up front and 335s in the back complete the exterior effect.

The interior can be customized to various degrees, with the option of a 300km/h speedometer, though given the Hunter's top speed, that would be a purely cosmetic addition. Leather on the three-spoke steering wheel with carbon fiber inserts, a carbon-trimmed dash, gear knob and all four doors and black velour mats finish up the interior treatment.