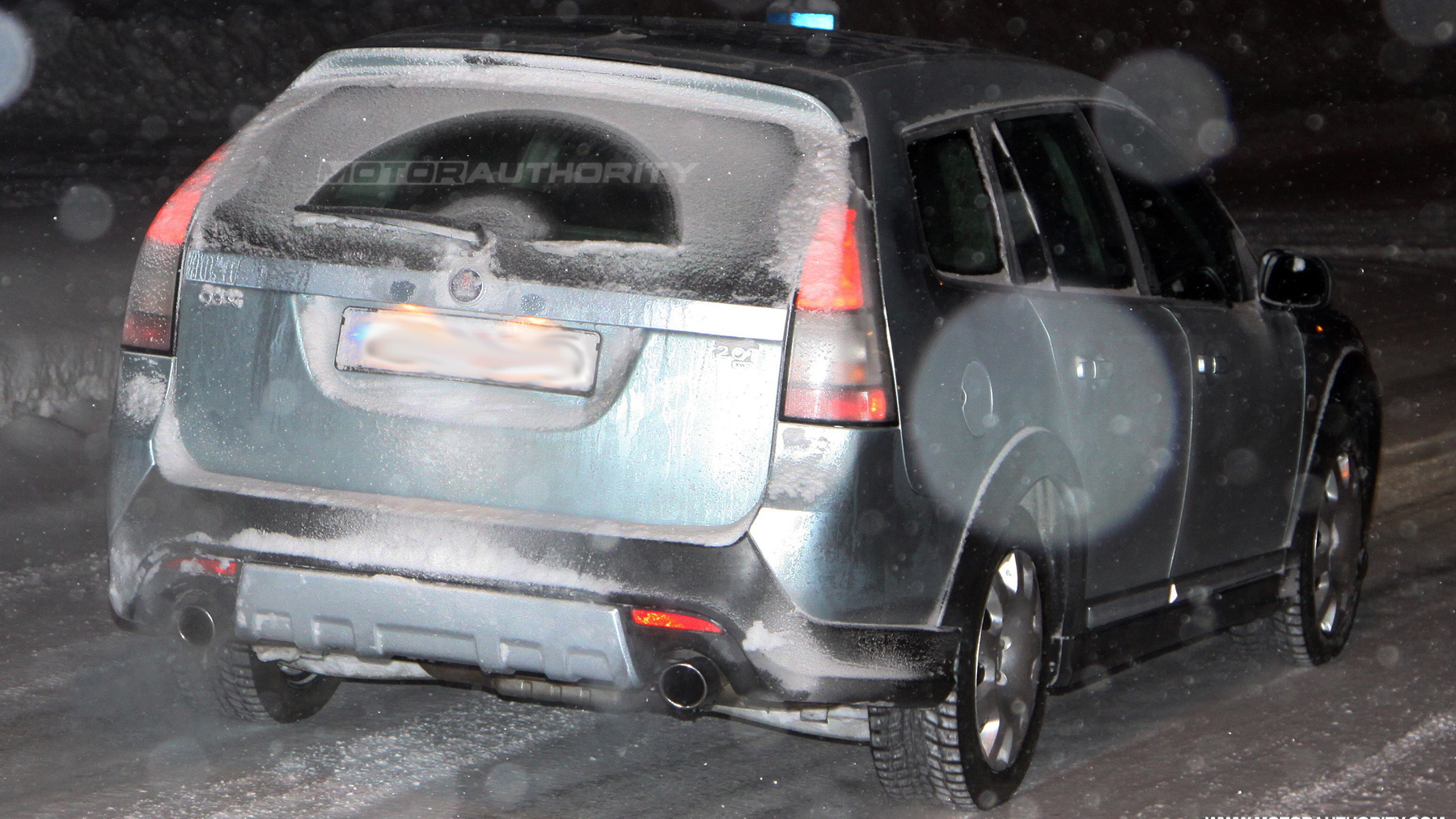 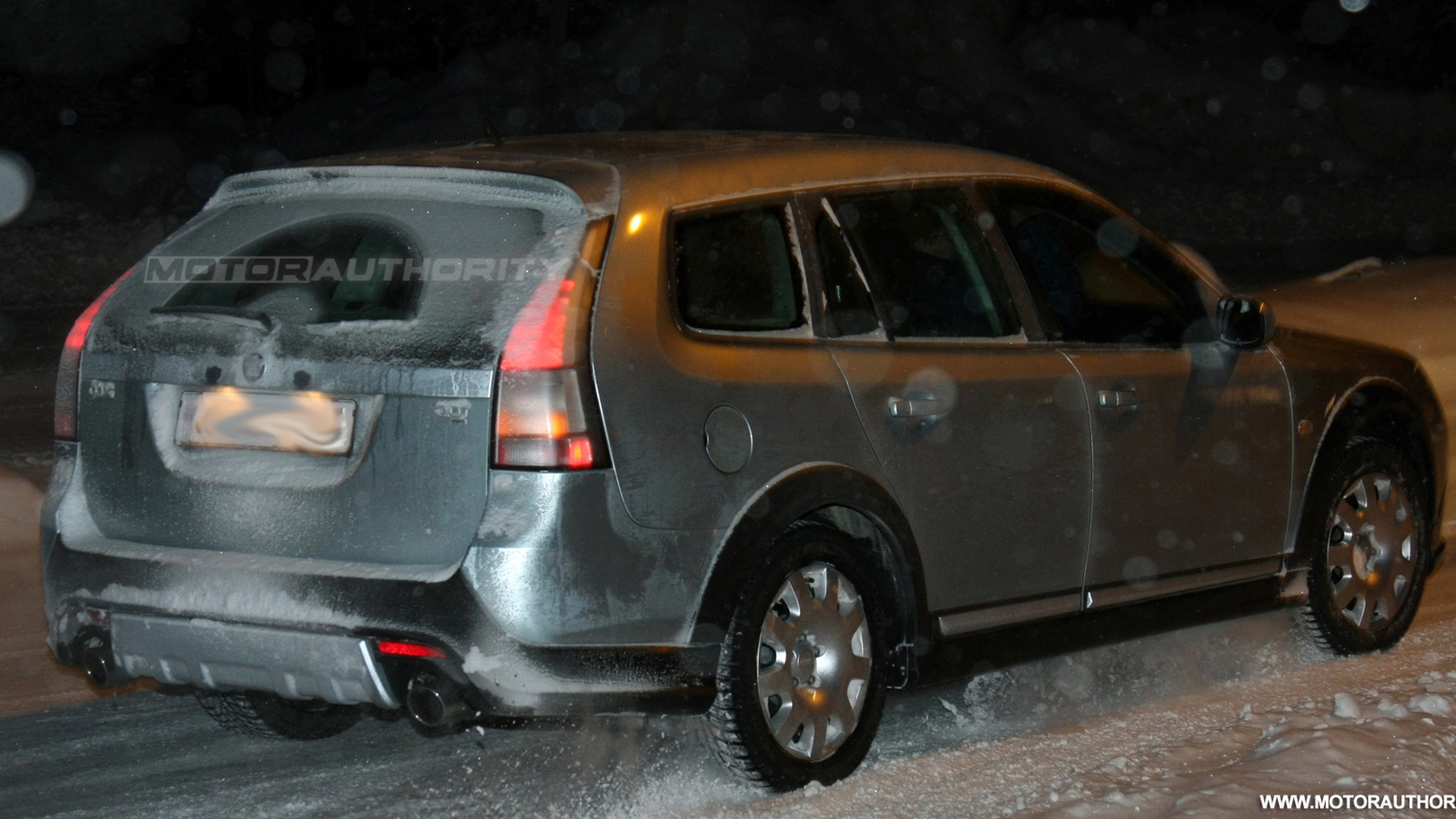 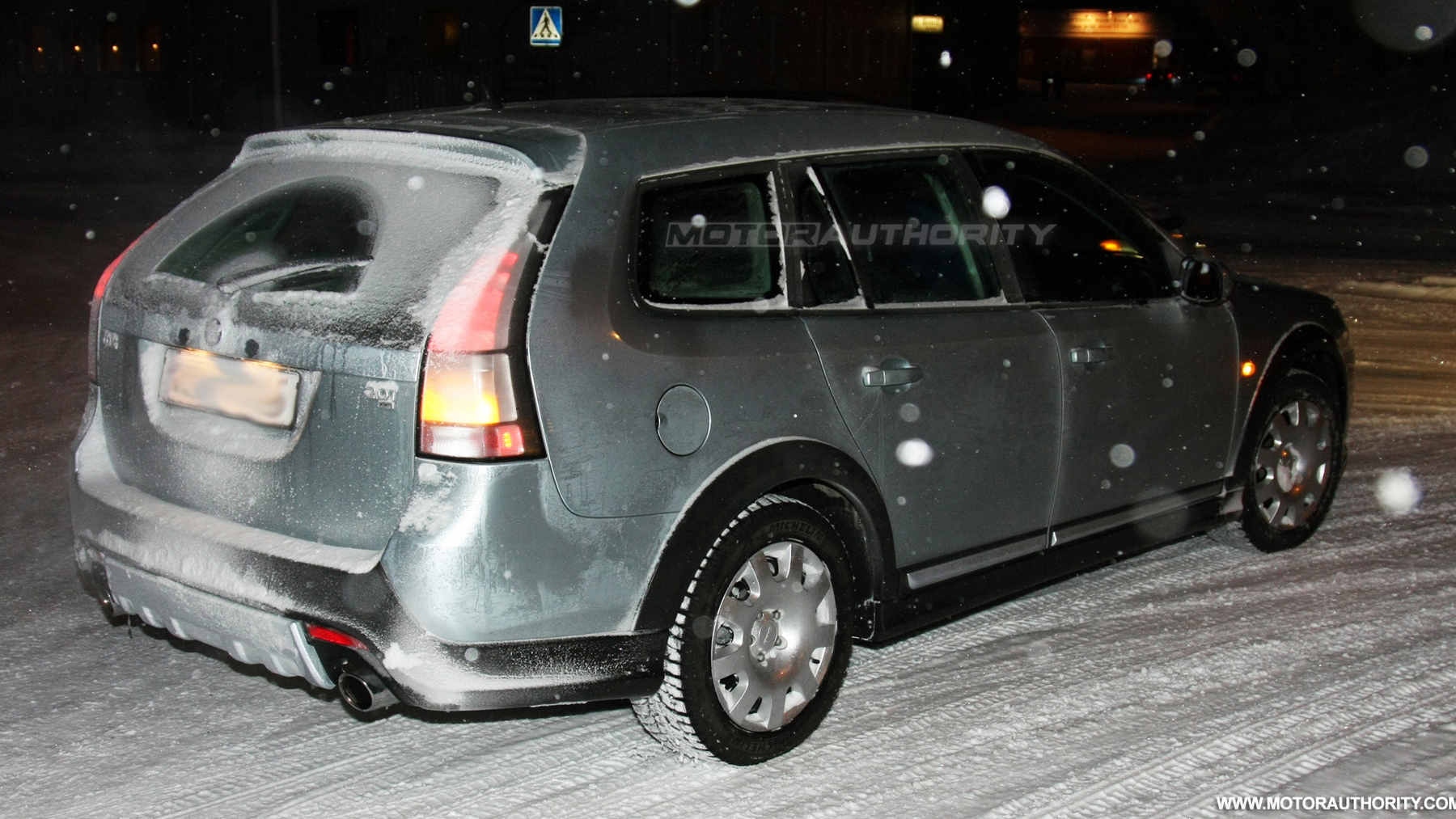 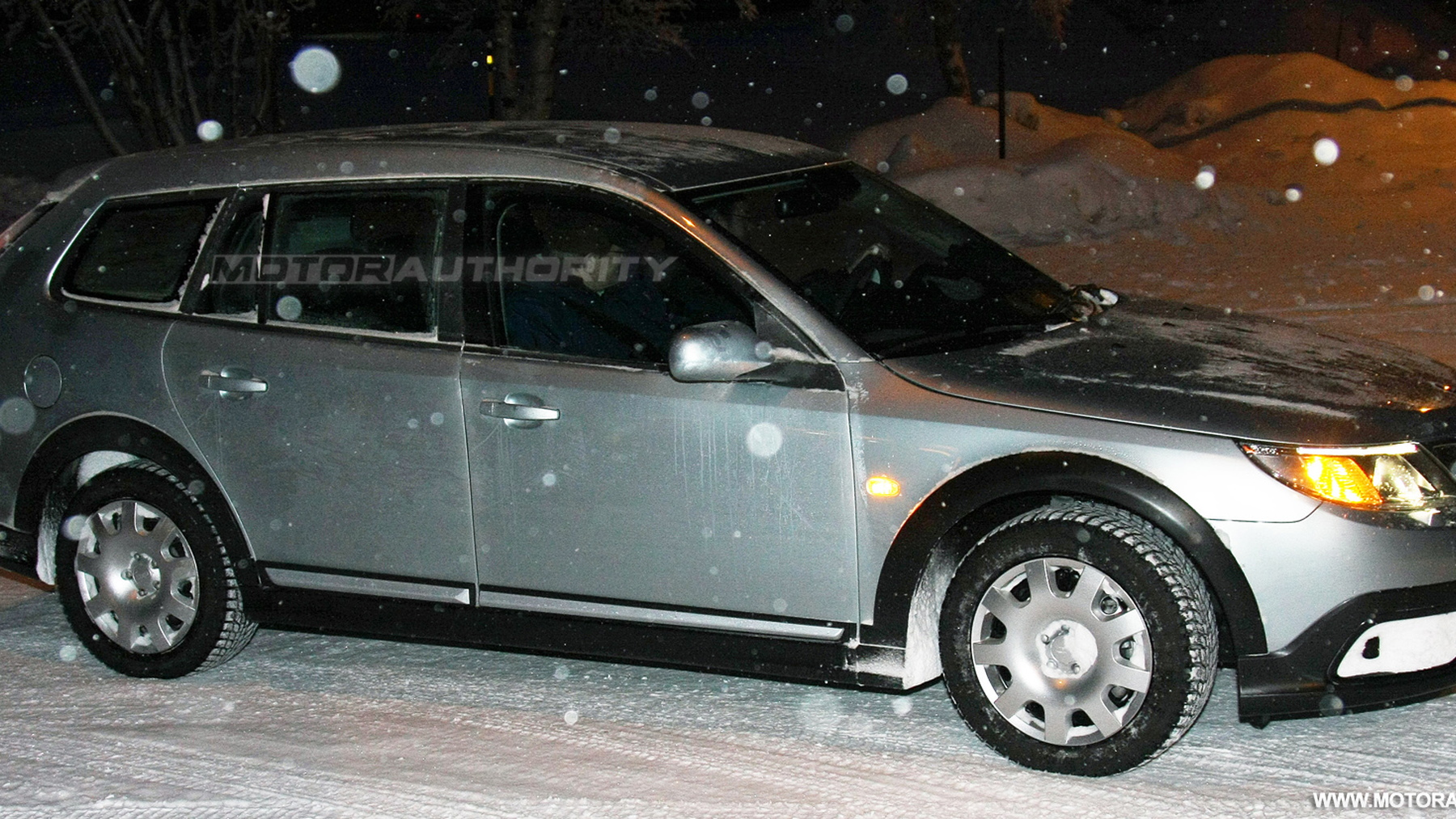 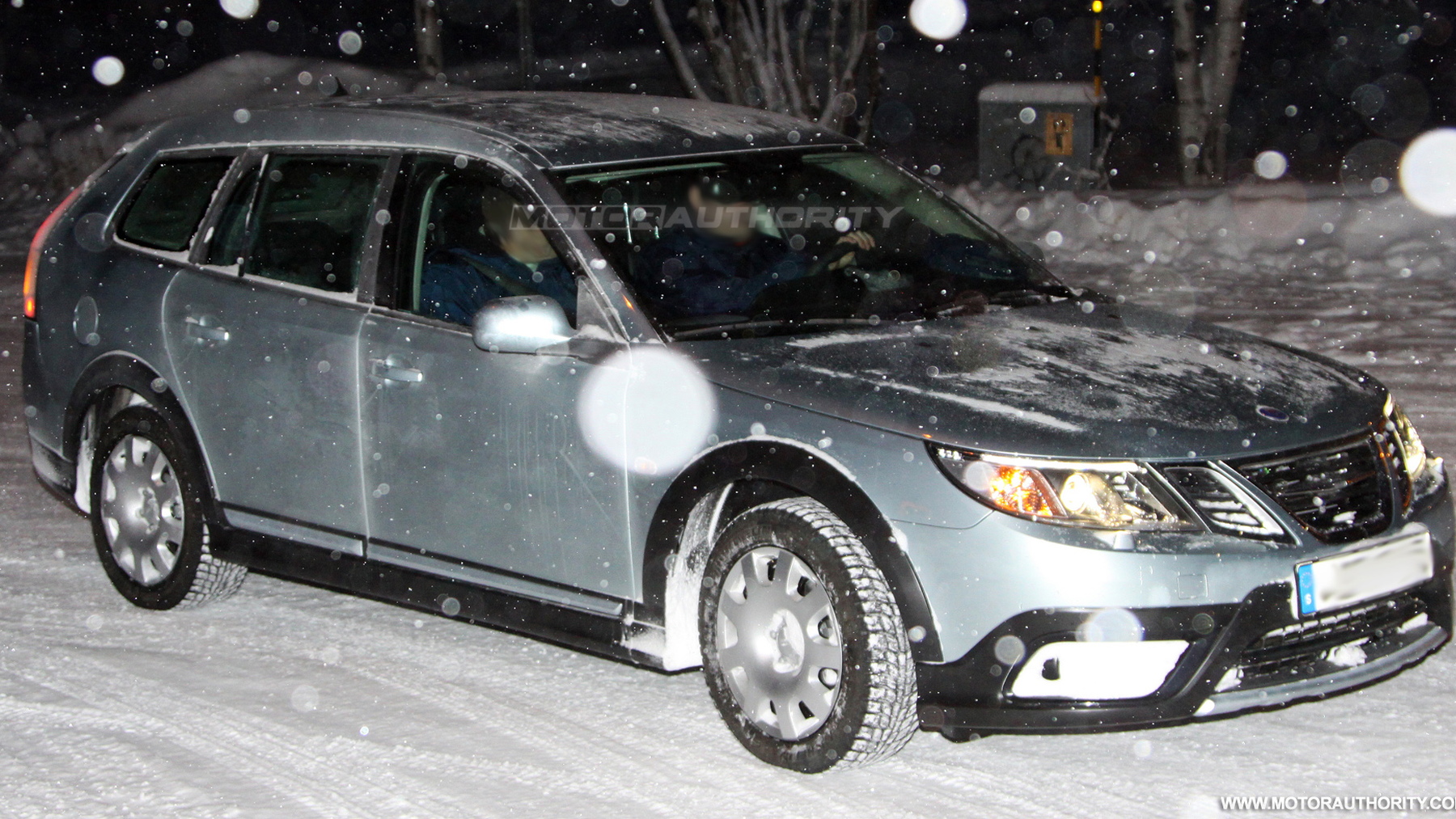 9
photos
The Saab 9-3X has been revealed. Click here for all the details.

Due for its debut at next month's Geneva Motor Show, the Saab 9-3X was recently caught while undergoing cold weather testing in Sweden with barely a hint of camouflage material.

As expected, the vehicle is essentially a current-generation 9-3 SportCombi sitting on raised suspension, and featuring protective body cladding and roof rails. Under the skin should be the latest version of the Haldex-sourced XWD four-wheel traction system.

Power will likely be offered in a variety of petrol and diesel engines, though exactly which of General Motors' wide array of supplies will be found when it goes on sale later this year is yet unknown. Expect to see most of the engines from the 9-3 family, except for the 2.8L V6 turbocharged engine from the Turbo X. The prototype seen here is said to be running a 210hp (154kW) 2.0L petrol engine.

Otherwise the car is very similar to its 9-3 stablemates. Its likely target market will be the same buyers that are looking at Audi's Allroad and Volvo's XC70. The brand's somewhat up-market outfitting puts it above most of Subaru's offerings in terms of luxury, though the higher-end portion of the Outback range will also likely be on the list of those interested in this type of car.