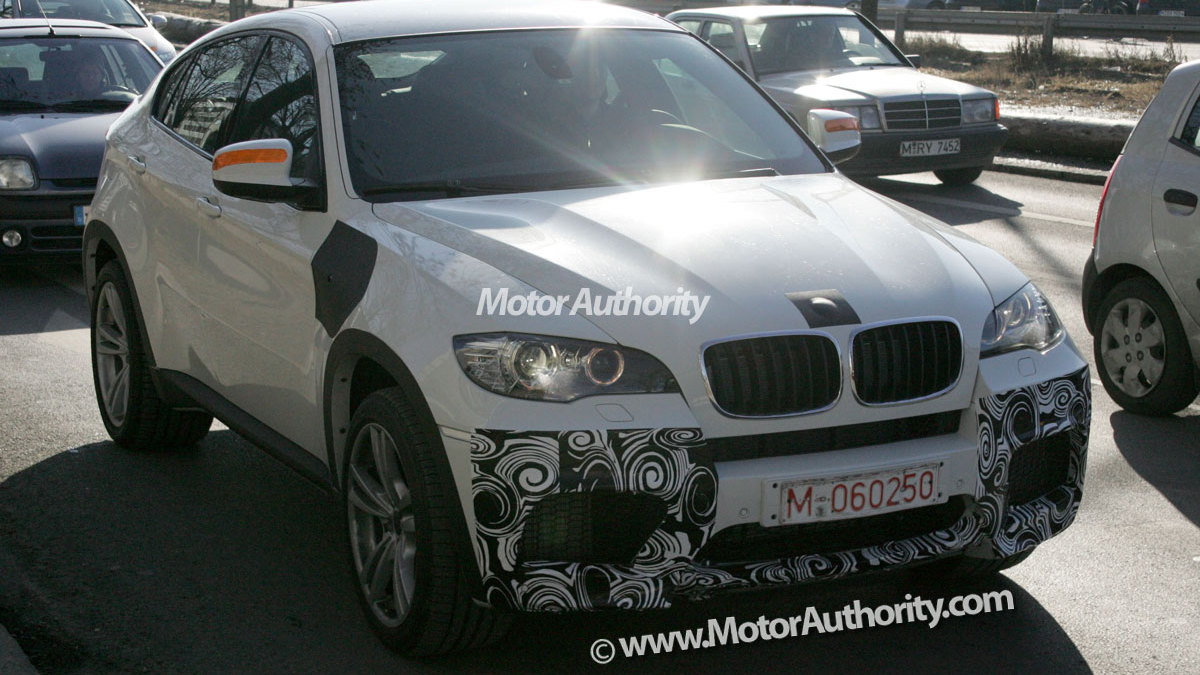 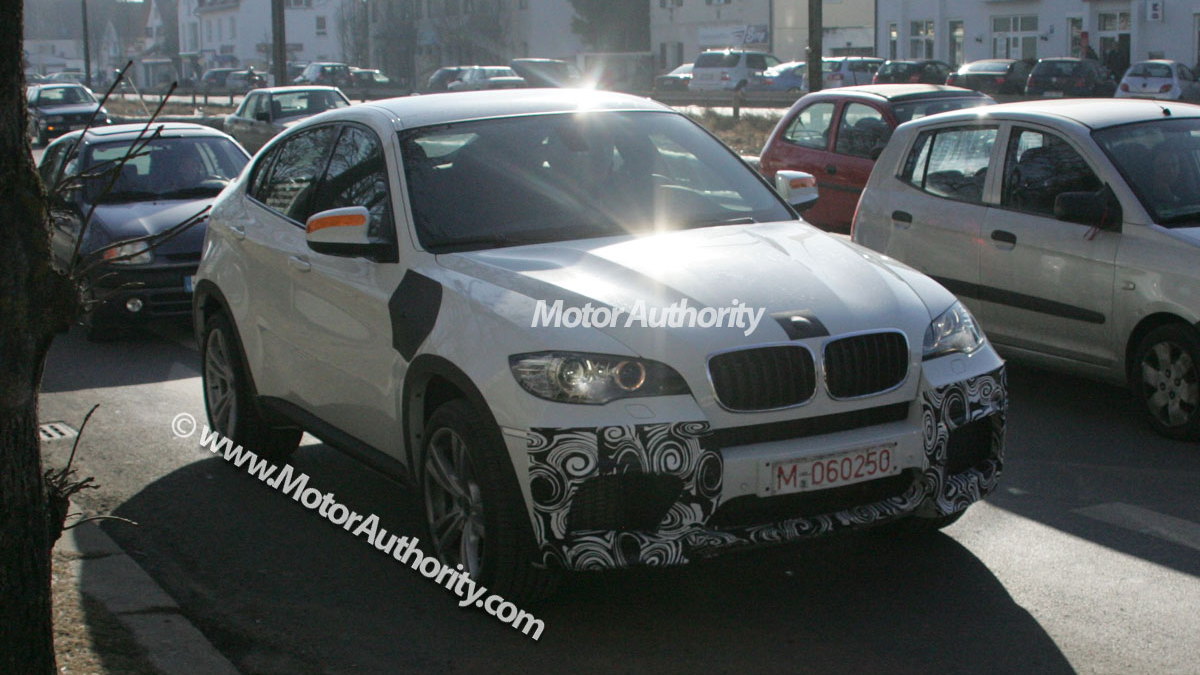 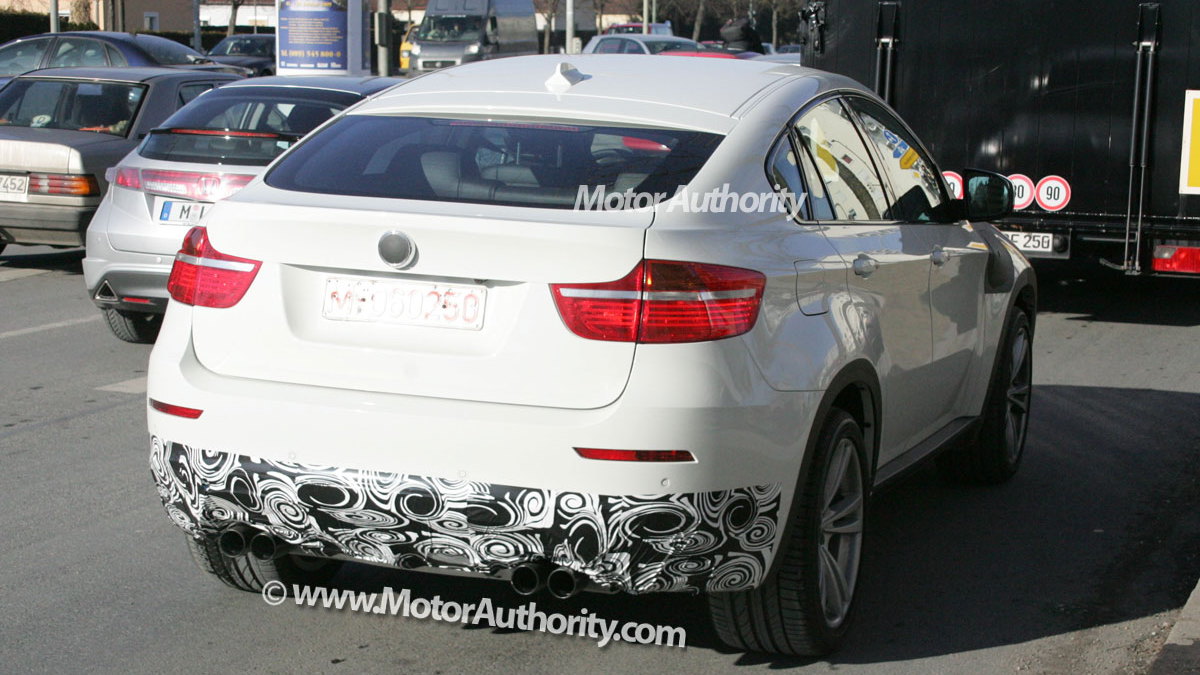 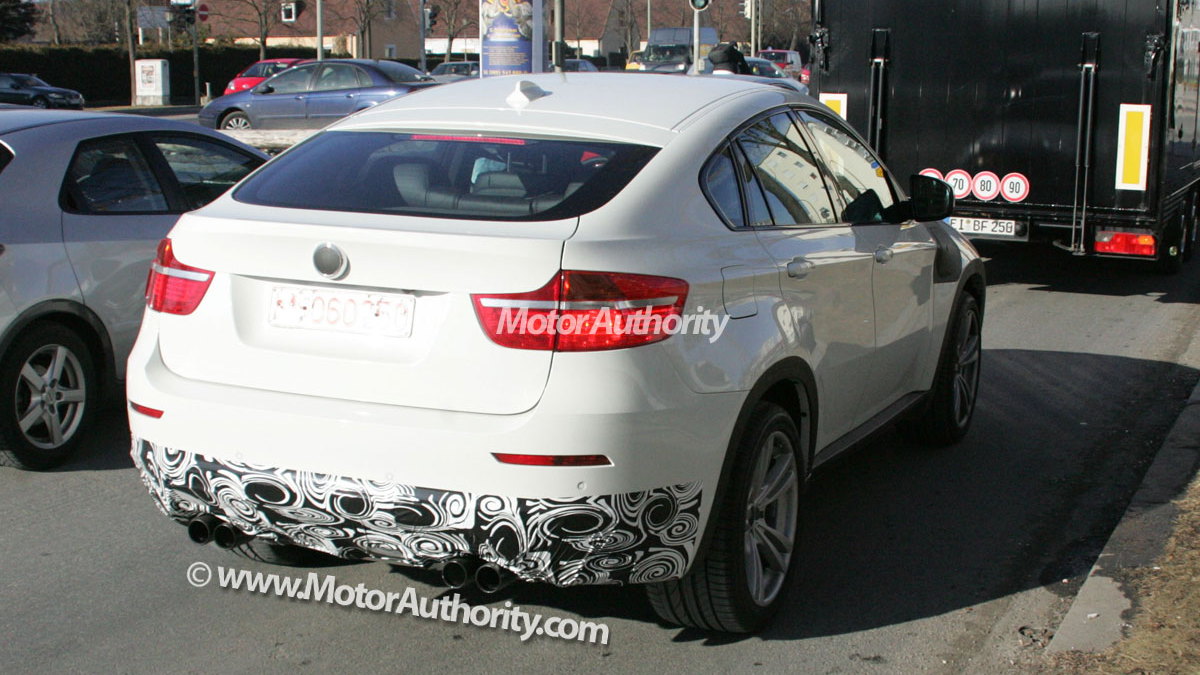 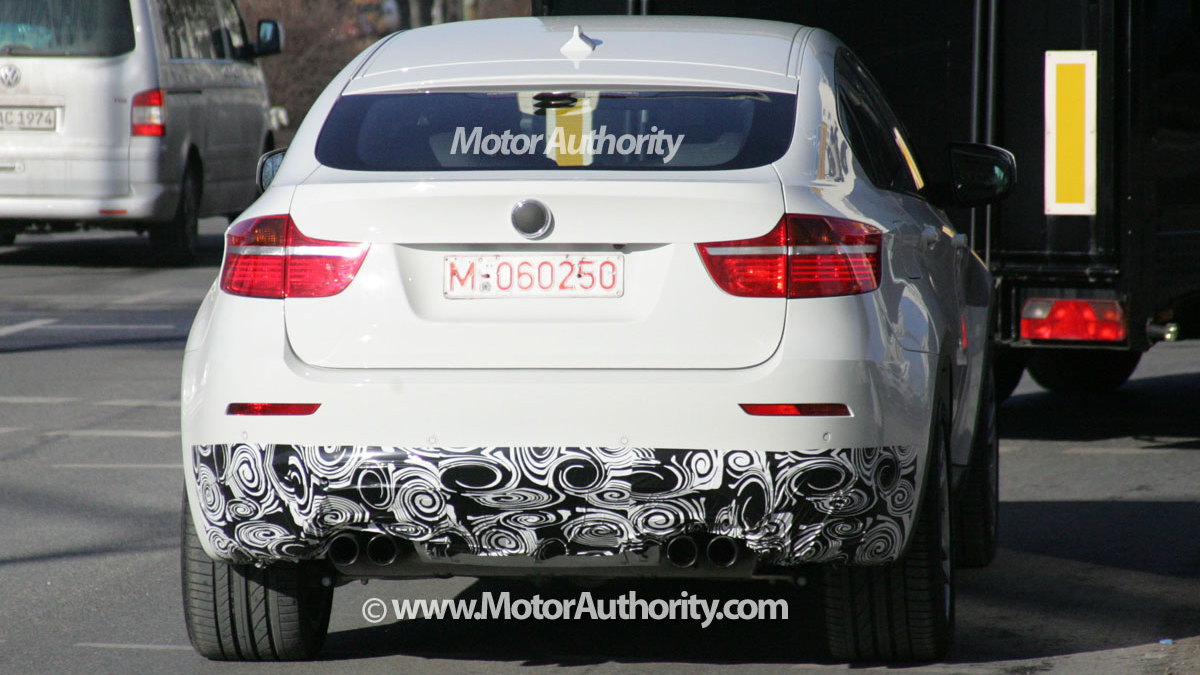 Currently sitting atop BMW’s X6 range is the xDrive50i but as these latest spy shots and previous rendering attest there will be a new top dog in the X6 lineup soon, likely wearing an M badge. After witnessing Porsche and AMG rack up thousands of sales with their respective Cayenne and ML models, BMW is now primed to launch its own high-performance version of the X6 SUV.

The newest photos reveal that little on the exterior of the X6 will change for the M model, though the usual adjustments to the aerodynamic elements at front, sides and rear will reflect a more aggressive demeanor. The real changes will lie under the hood, and at each corner. More power and more focused handling will offer even more performance for the large 'sports activity coupe' (SAC), as BMW styles the X6. The new spy photos come just a week after similar shots of the upcoming X5 M, expected to make a similar offering for the X5 lineup around the same time as the X6 M.

Speaking last year with Germany’s Auto Motor und Sport, the boss of BMW’s M division, Ludwig Willisch, revealed a host of new plans and some very odd omissions. In regards to an M variant of the X6, Willisch confirmed that performance models of the both the X5 and X6 were currently in the works and that BMW expected sales numbers to rival those of the M5.

A prototype for the performance SUV has previously been spotted testing outside BMW’s Spartanburg factory in South Carolina where the X6 range of vehicles is manufactured. Those images, courtesy of PalBay in upstate South Carolina, reveal the new bumper design for the future model as well as its enlarged brake discs and quad exhaust tailpipe arrangement.

While still powered by BMW’s new 4.4L V8 twin-turbo engine, output is expected to be higher than the current 400hp (298kW) and 450lb-ft (600Nm) torque in the xDrive50i. The AWD configuration will also remain.

According to Willisch, the new M X6 will make its debut early in 2009, making the Geneva Motor Show a likely candidate, since it is set for March 5-15. The slow economy could result in a slight delay, however, pushing its arrival later in the year. For more on the upcoming X6 M, check out BMW's own look behind the scenes at the vehicle's development.