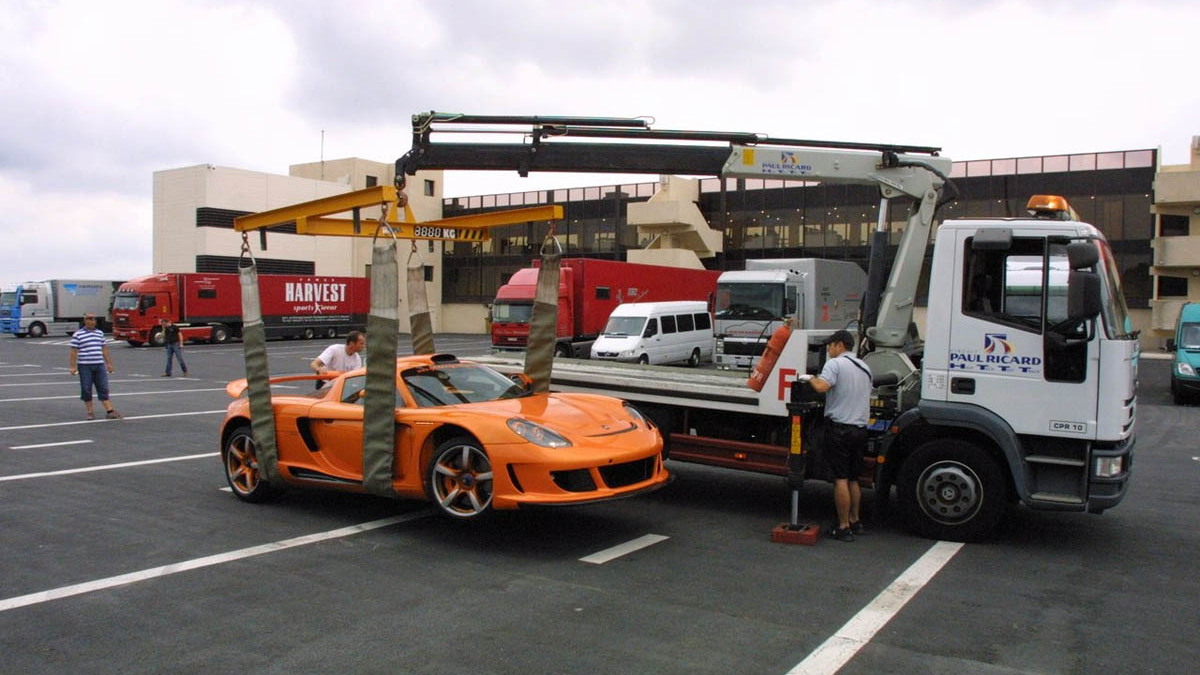 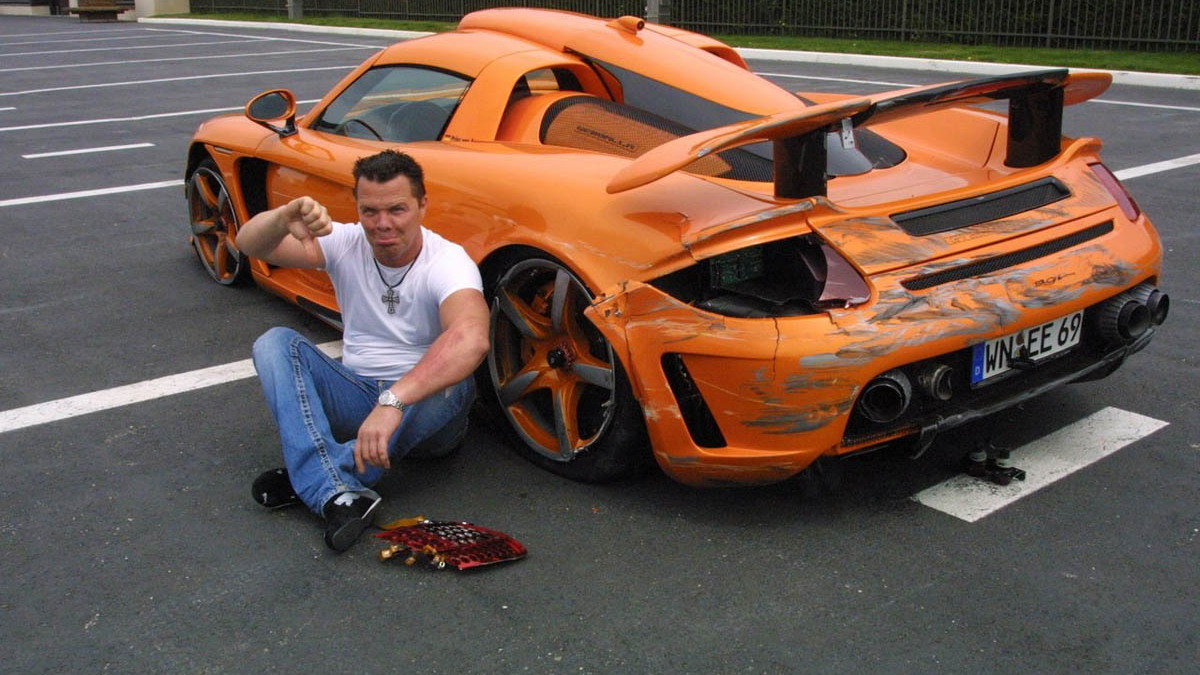 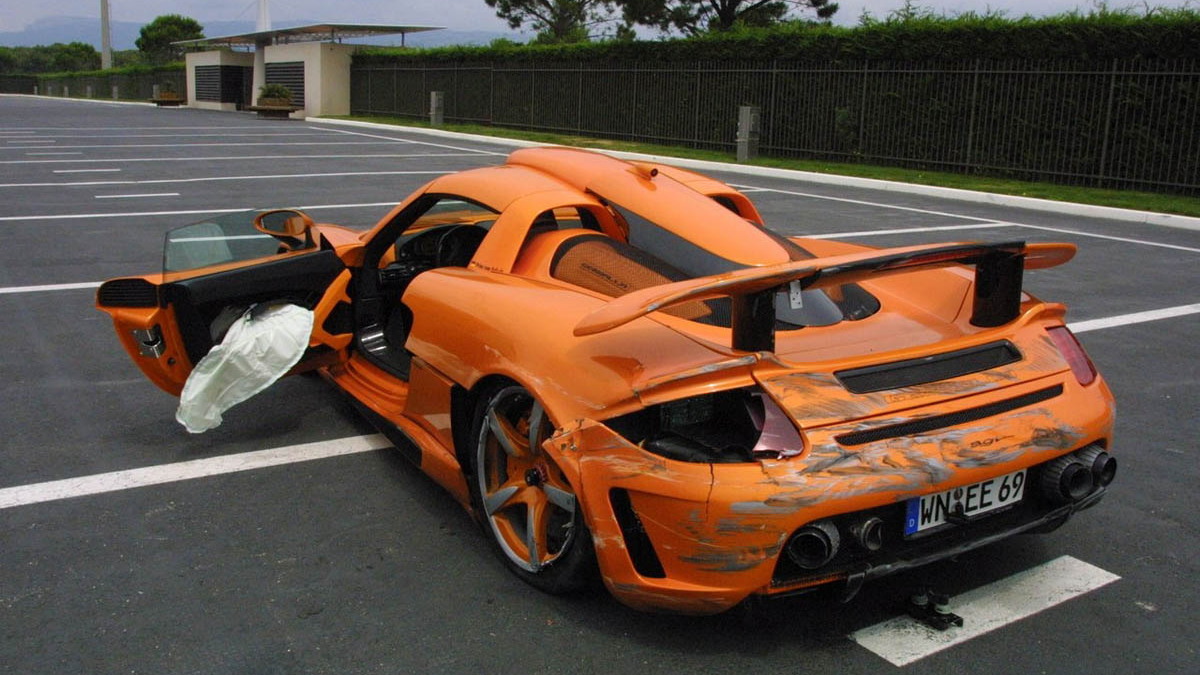 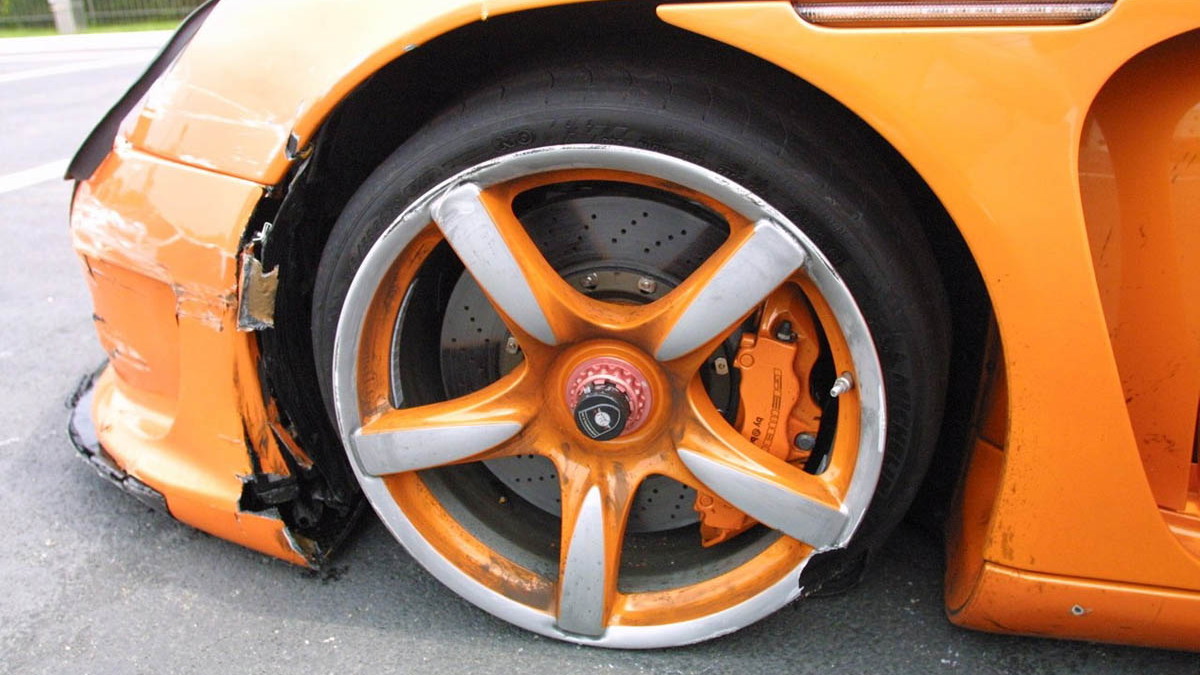 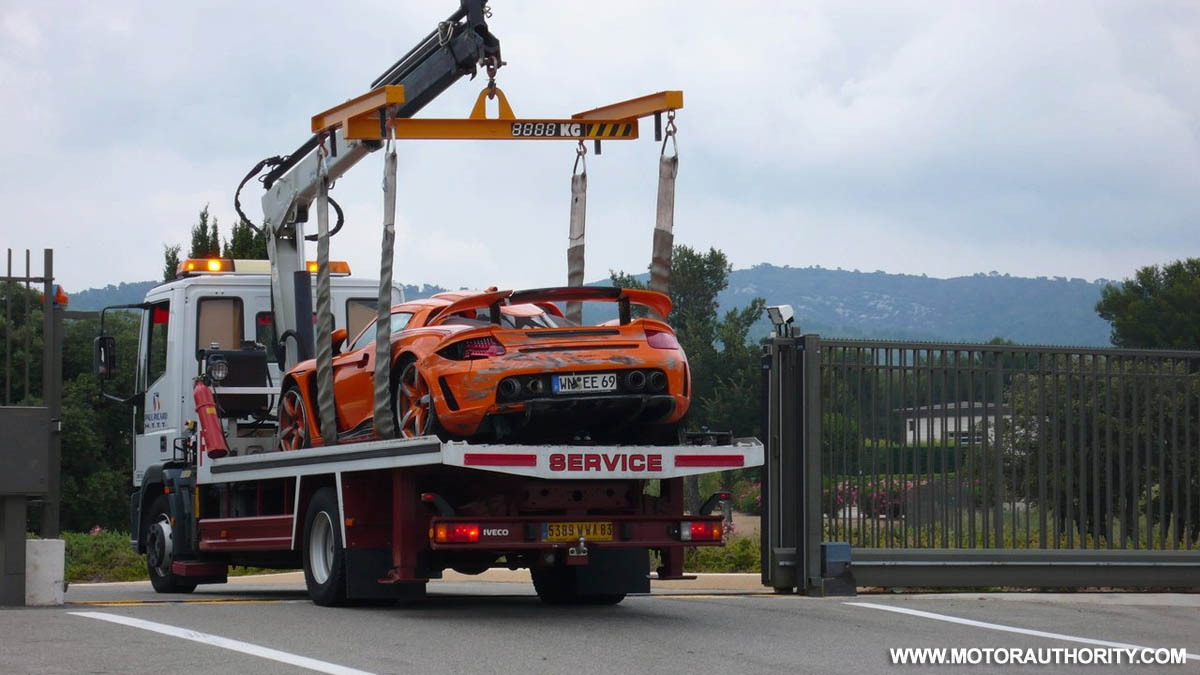 7
photos
Gemballa is famous for building highly modified Porsches, many of which are based on the discontinued Carrera GT supercar. The tuner company has even introduced a number of variations on the theme, with prices starting at about €225,000 ($348,000) - on top of the price of your own Carrera GT. That's what makes the crash of a bright orange example by Germany's Prince Marcus so remarkable.

The car, valued at roughly €725,000 ($1.1 million), appears to have gone into the armco at moderate speed while driving the uber-Porsche at the Paul Ricard circuit in France, ruining the rear wing, rear fascia and most of the left side of the car including both wheels. At least one airbag was also set off in the collision. The German prince, famous for his extravagant lifestyle and international chain of strip clubs, was unhurt.

Distribution of the damage appears to indicate that the car was spun off the track in a left hand turn, likely as the Prince applied power on exit, sending the car rear-first into the barrier and scraping down its left side.