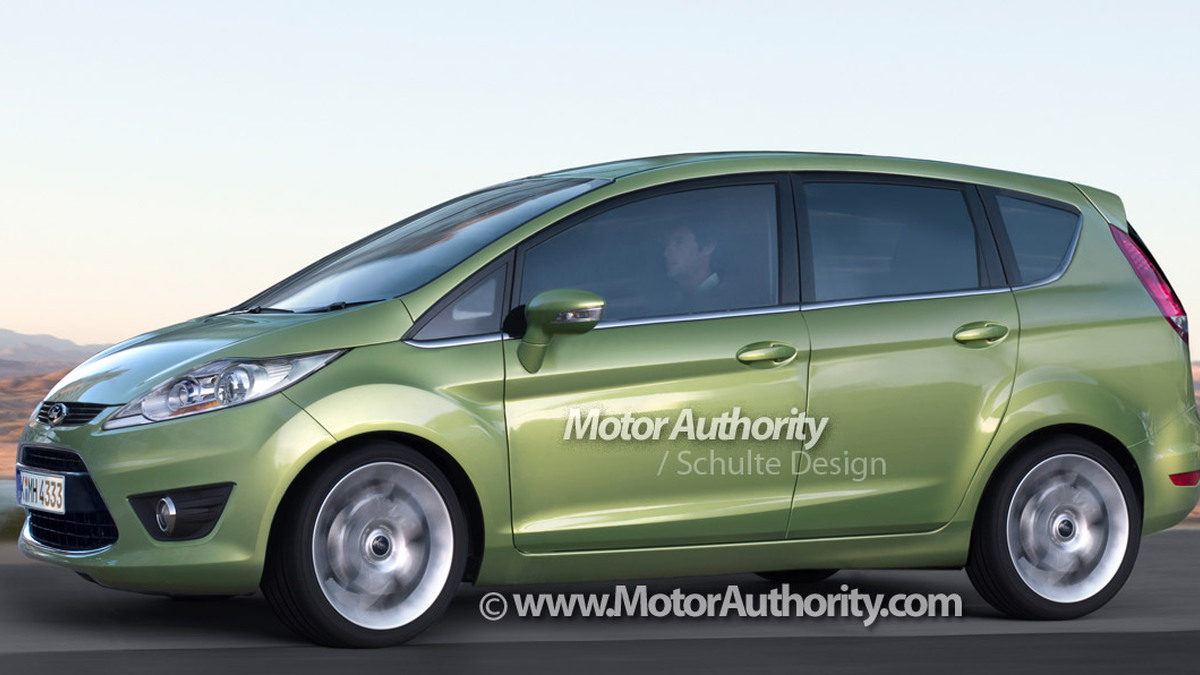 19
photos
The current Ford C-Max was first launched in Europe back in 2003 and was treated with a mild facelift last year as part of its mid-cycle upgrade. New test-mules of the C-Max spotted in Germany suggest that Ford is already conducting public road-tests of the next-generation model due sometime in 2010.

The next C-Max will first go on sale in Europe but this version is also expected to be sold in North America for the first time. The test-mule captured in these spy images is using the current model’s bodyshell but according to the photographer its track is slightly wider and wheelbase slightly longer. The extra length suggests that Ford could have a new 7-seater version in development, most likely targeted for the U.S. market.

The computer generated rendering gives a preview as to what the final version could look like, revealing that designers will likely adopt the same styling as seen on the new global Ford Fiesta.

Based on Ford’s European Focus platform, the new C-Max will likely share most of its engines with the updated hatchback range. This means a series of engines ranging in displacement from 1.4L up to 2.0L. The potent 2.5L turbocharged engine from the Focus is unlikely to appear in the new C-Max.

New European models such as the Kuga crossover and new C-Max are expected to make their way to North America. CEO Alan Mulally and product development boss Derrick Kuzak have both hinted at bringing over Ford’s European lineup to the U.S. and such a move also ties in with the company’s latest global engineering strategy.