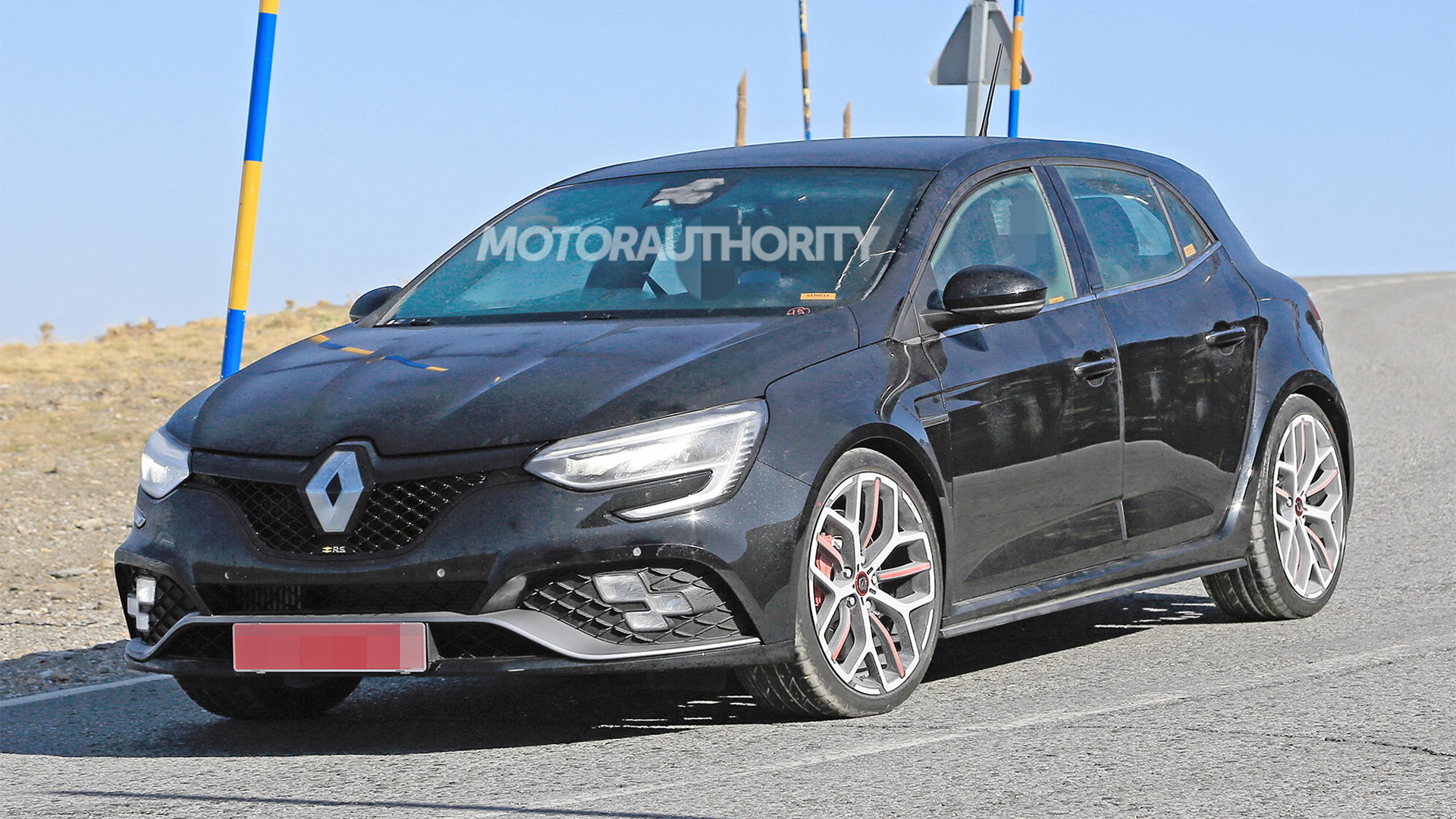 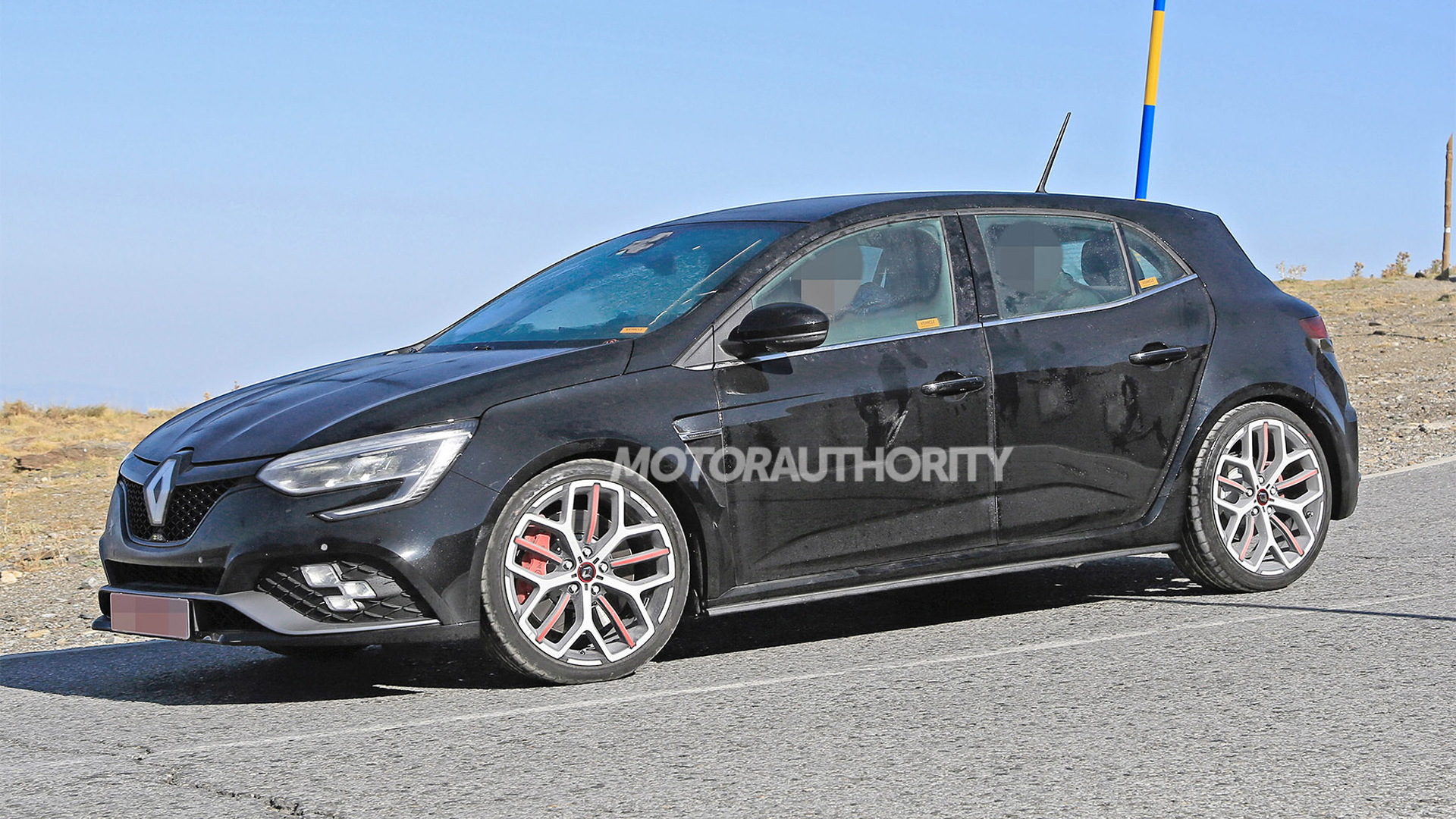 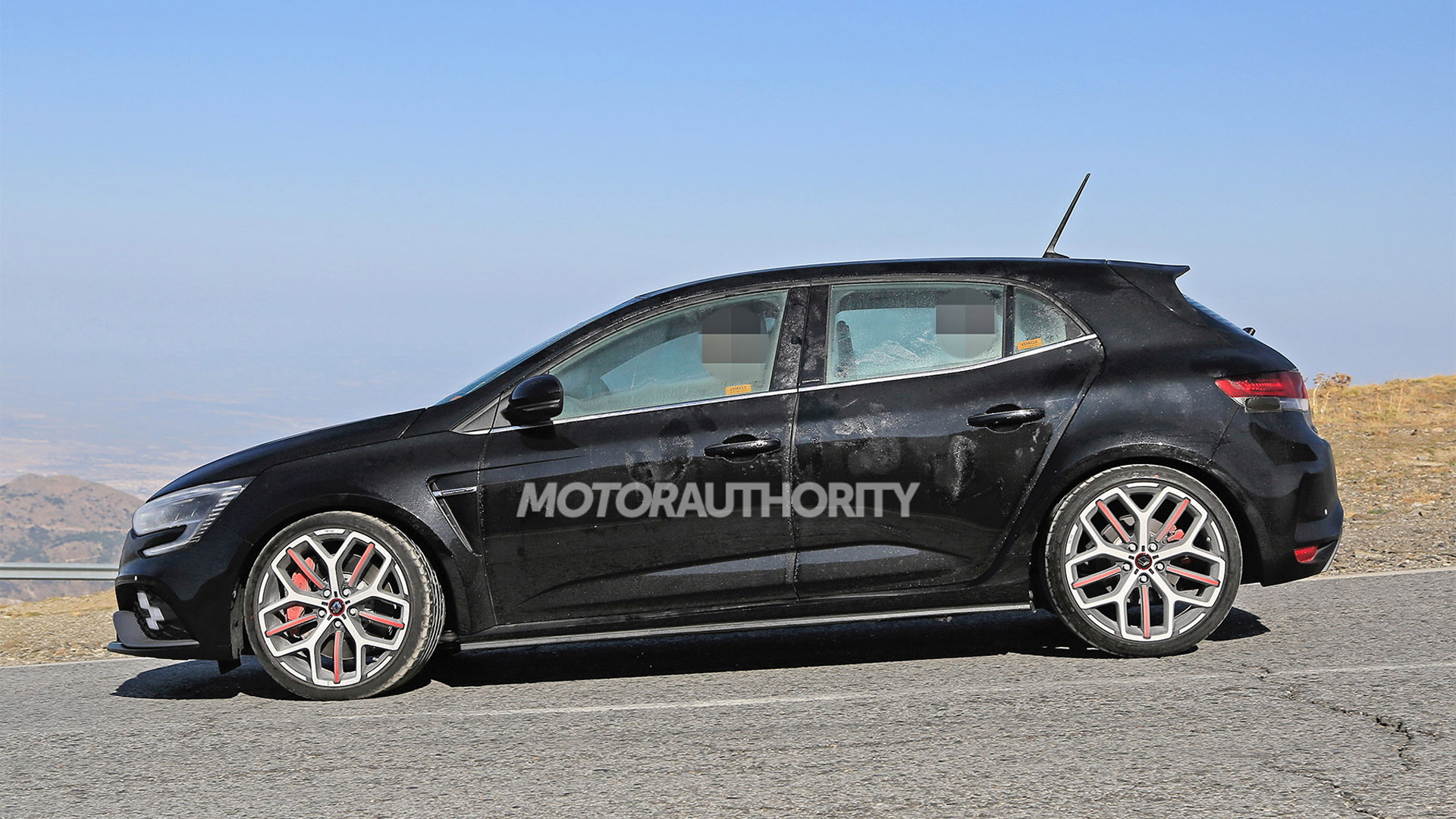 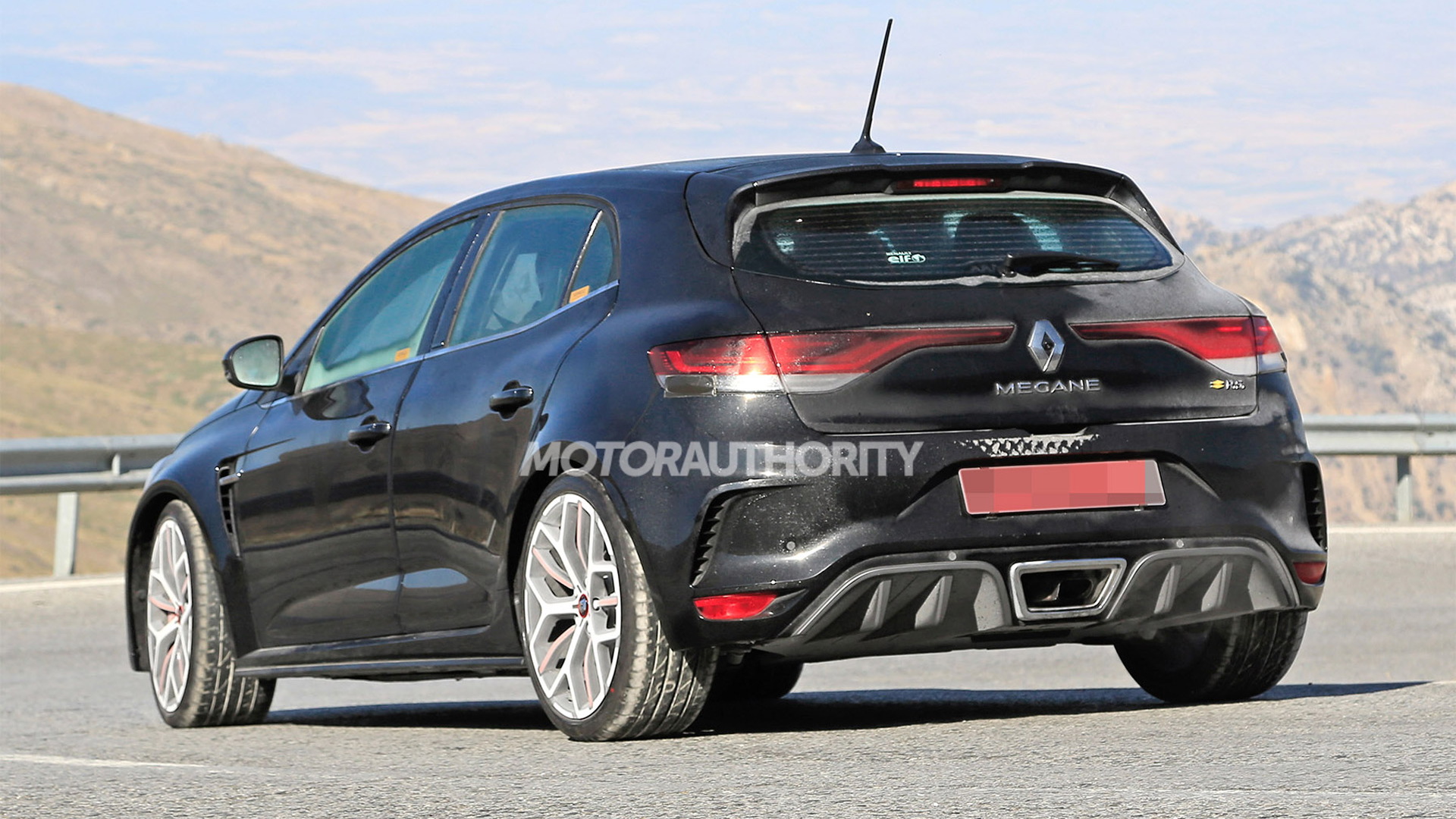 Renault is working on a mid-cycle update for its Golf-rivaling Megane range and a prototype for the updated version of the sporty Megane RS has just been spotted.

The Megane RS targets the Golf GTI, and in hotter Trophy and Trophy R guises is among the fastest hot hatches in production. In fact, the recently launched Megane Trophy R is the fastest front-wheel-drive car around the Nürburgring with a time of 7:40.1.

For the update, the Megane will receive revised internals for the lights at both ends. The car's interior should also be tweaked and possibly the infotainment system updated.

It isn't clear what mechanical mods are planned but we could see some extra power dialed in for the performance variants. The current Megane RS features a 1.8-liter turbocharged inline-4 generating 275 horsepower and 287 pound-feet of torque. It also features the choice of 6-speed manual or dual-clutch transmissions, plus four-wheel steering. Drive is to the front wheels only, though.

Sadly, we won't see the car in the United States as the Renault brand doesn't operate here. In other markets, the car should debut alongside an updated Megane range in early 2020. That's about when sales of the redesigned Volkswagen Golf will commence so the updated Megane will have its work cut out for it.