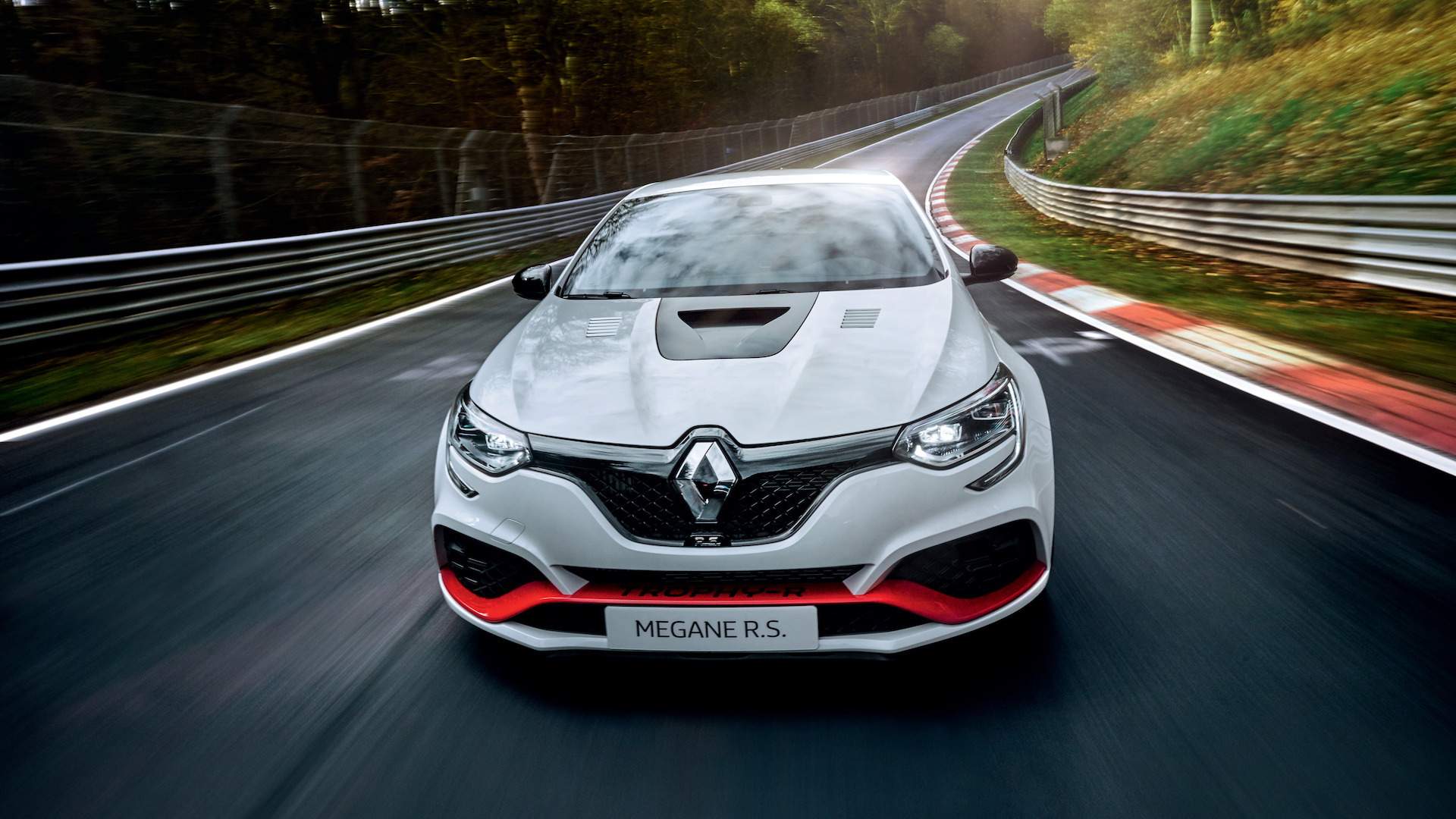 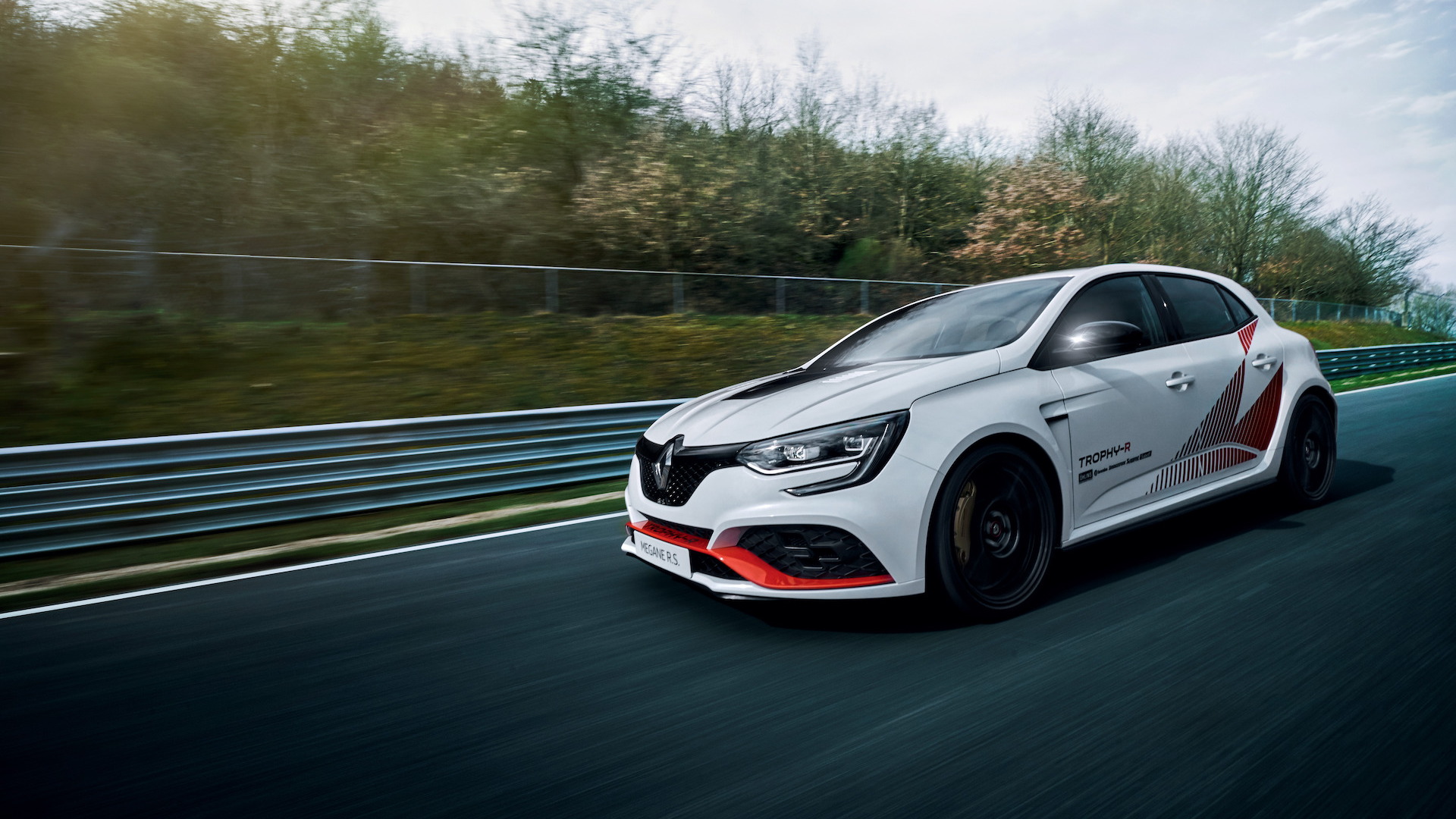 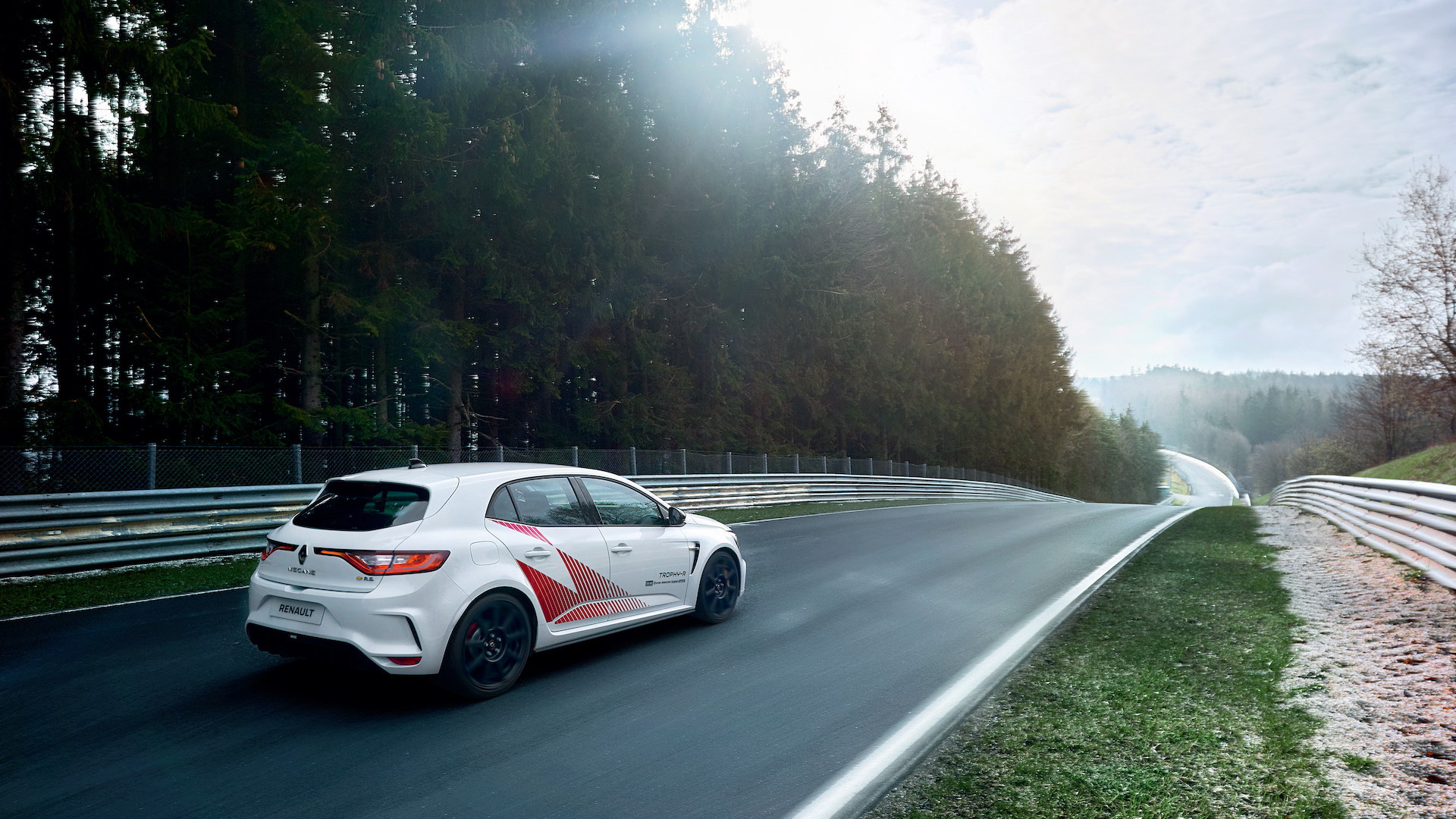 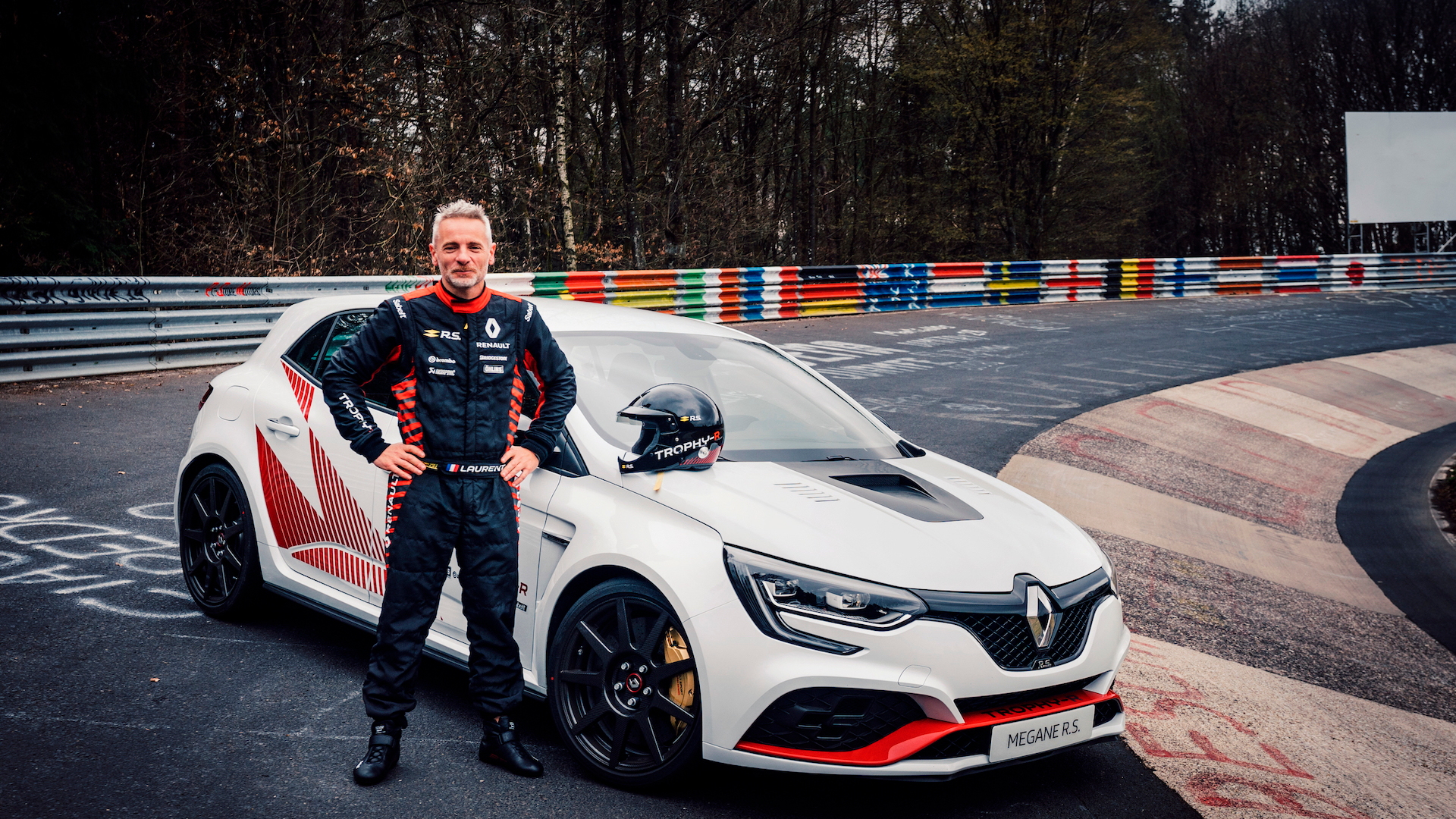 The new Renault Megane RS Trophy R lapped the 12.9-mile Nürburgring Nordschleife in 7:40.1 on April 5, which was 3 seconds quicker than the Civic Type R, according to the automaker. Honda's hot hatch broke the record back in 2017. Before then, the Volkswagen Golf GTI Clubsport S was king, and the Megane RS Trophy R was a previous record holder. Like the previous record runs, Laurent Hurgon was behind the wheel for the latest.

Although the new record served as the car's online debut, we'll have to wait for the Monaco Grand Prix this weekend to see the rest of the car. We haven't heard yet if the car makes any more power than a regular Megane RS Trophy, or if engineers focused on shedding weight and tweaking the chassis. The standard Megane RS Trophy makes 296 horsepower and 310 pound-feet of torque from a 1.8-liter turbo-4 engine.

We do know the RS Trophy R includes plenty of upgrades from partners Akrapovič, Brembo, Bridgestone, Öhlins, and Sabelt. Specifically, a set of Öhlins dampers were fitted, and the exhaust comes courtesy of Akrapovič. Expect a slipperier shape, more downforce, and other improvements in the hot hatchback, too.

Ahead of all the details from the car's debut May 24, check out the Megane RS Trophy R stunting in the video above. The hot hatch will go on sale later this year and will be limited to just a few hundred cars, per Renault.