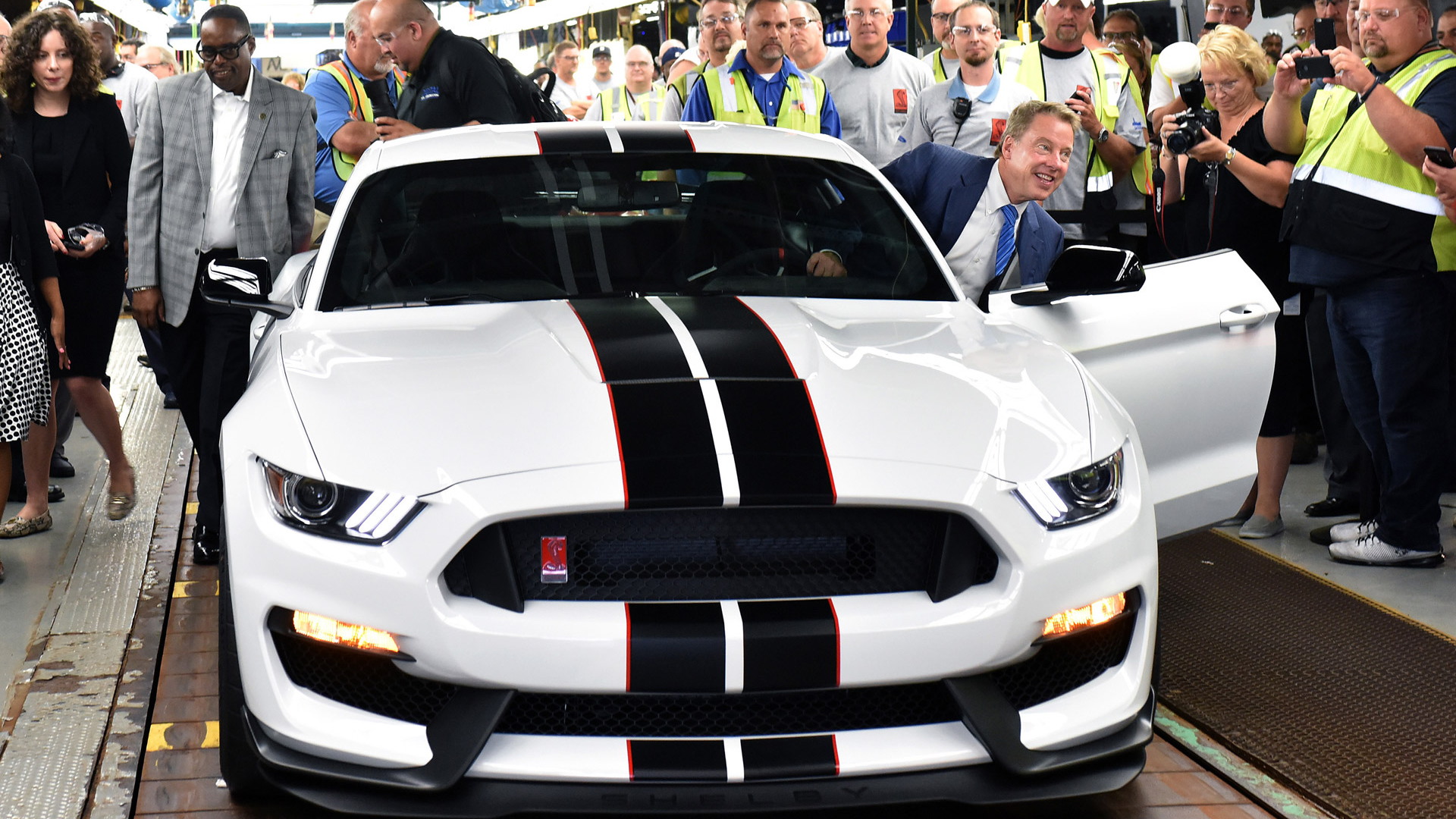 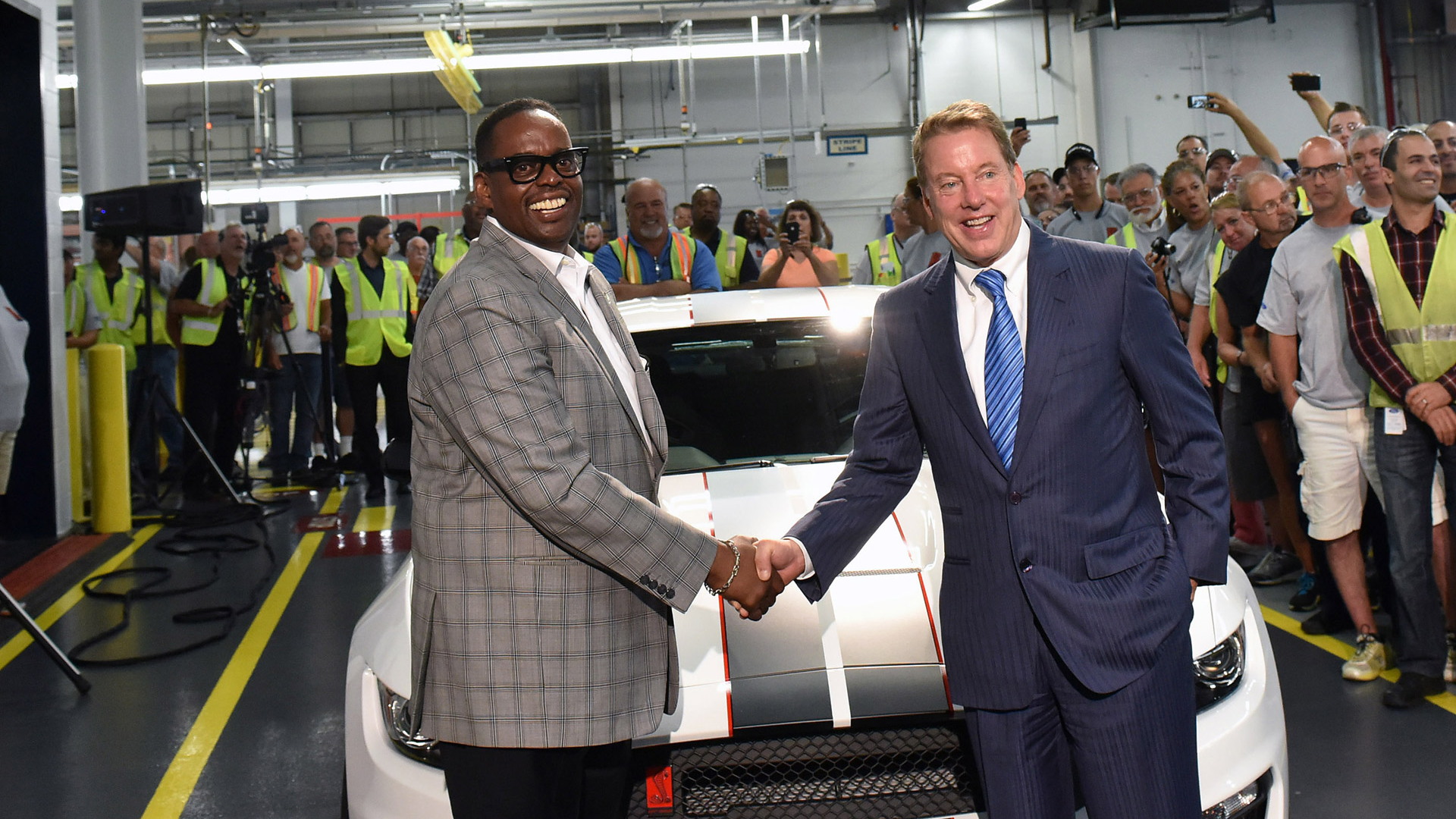 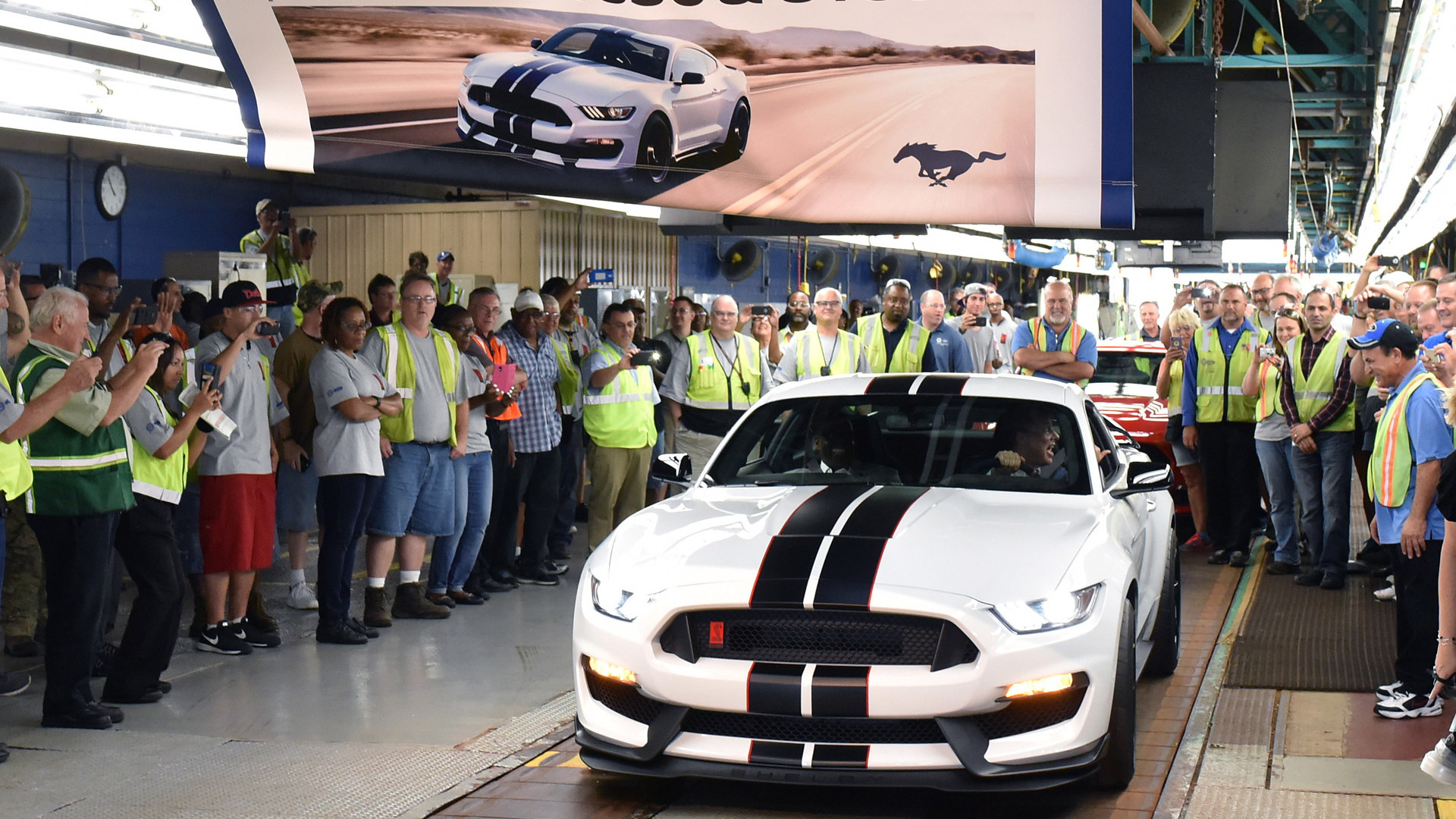 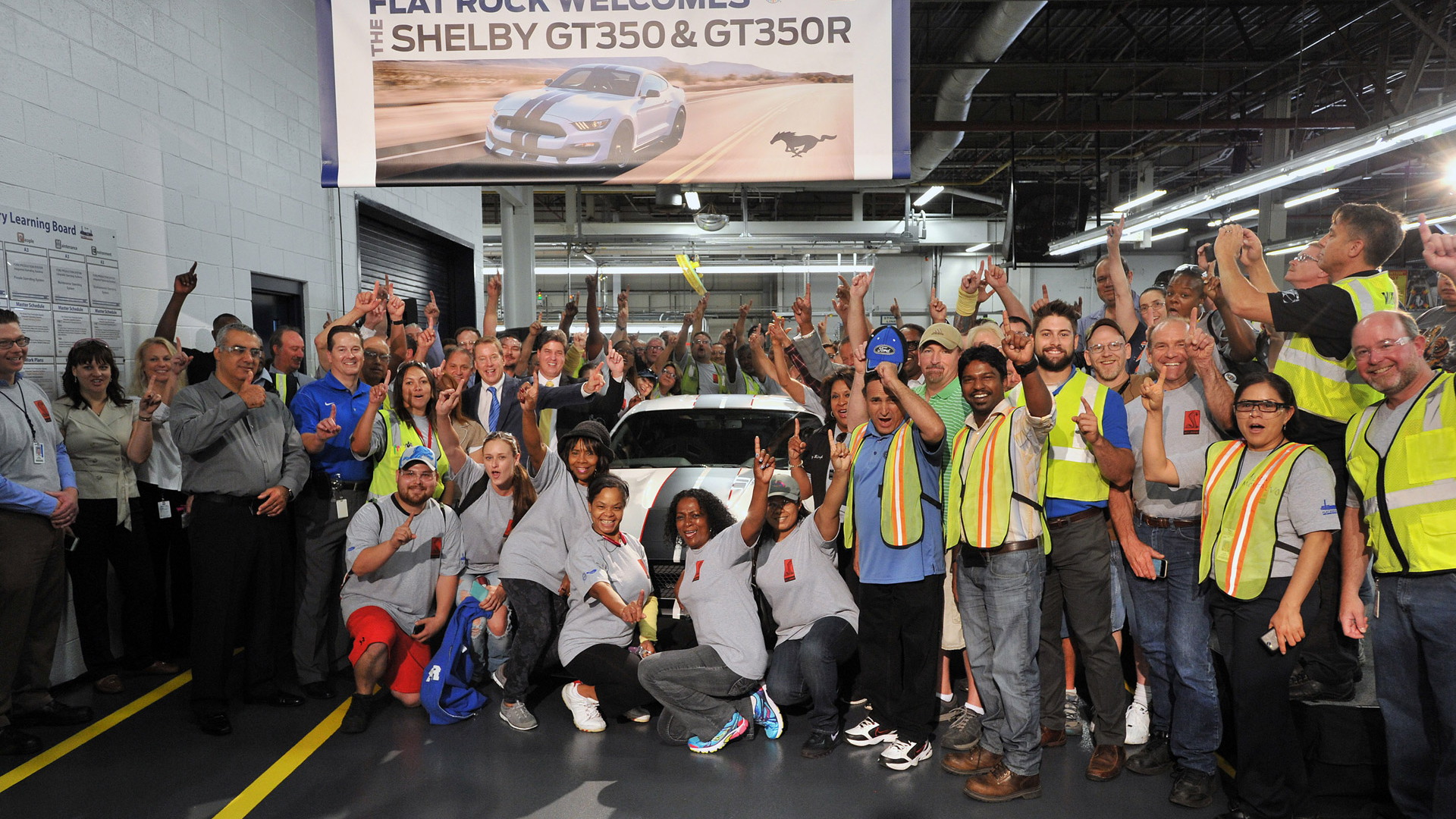 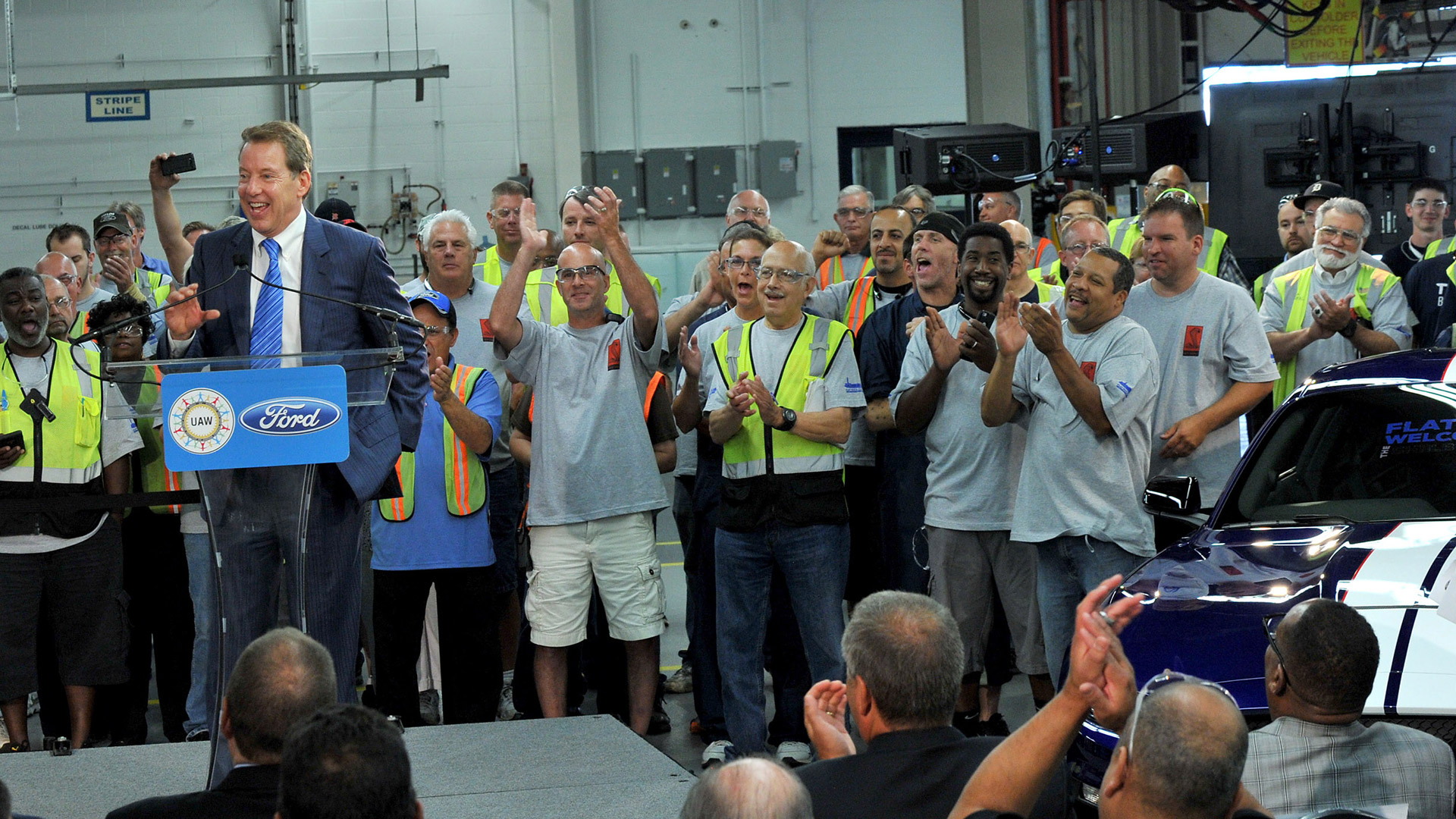 It’s a great week for muscle car fans all around the country as the Ford Motor Company [NYSE:F] has started building customer examples of the new Mustang Shelby GT350 and GT350Rs. The cars are built at the same Flat Rock Assembly Plant in Michigan responsible for the standard Mustang and the first ones off the line are actually 2015 models.

Just 137 of these '15 models are being built to honor the original 1965 Shelby GT350 built by Shelby American—100 GT350s and 37 GT350Rs—and no doubt all of them are accounted for. Once this initial batch of cars is built, Ford will switch over to 2016 models that will be built and sold in higher volumes. Deliveries commence this fall.

“This is a special day for all Mustang enthusiasts,” Ford chairman Bill Ford said at the start of production. “We have taken the GT350 formula to the next level of innovation, style and performance—today the legend continues.”

Both cars are powered by a 526-horsepower V-8 displacing 5.2 liters and featuring a flat-plane crankshaft, but the GT350R benefits from a few extras aimed at improving its track performance including a set of carbon fiber wheels. Pricing starts at $49,995 for the GT350 and $63,495 for the GT350R. Both figures include destination and a gas guzzler tax and represent extreme value considering the performance and equipment of the cars.

We’ll be bringing you a first drive report soon, but in the meantime get a sense of what it will be like behind the wheel in our first ride video.