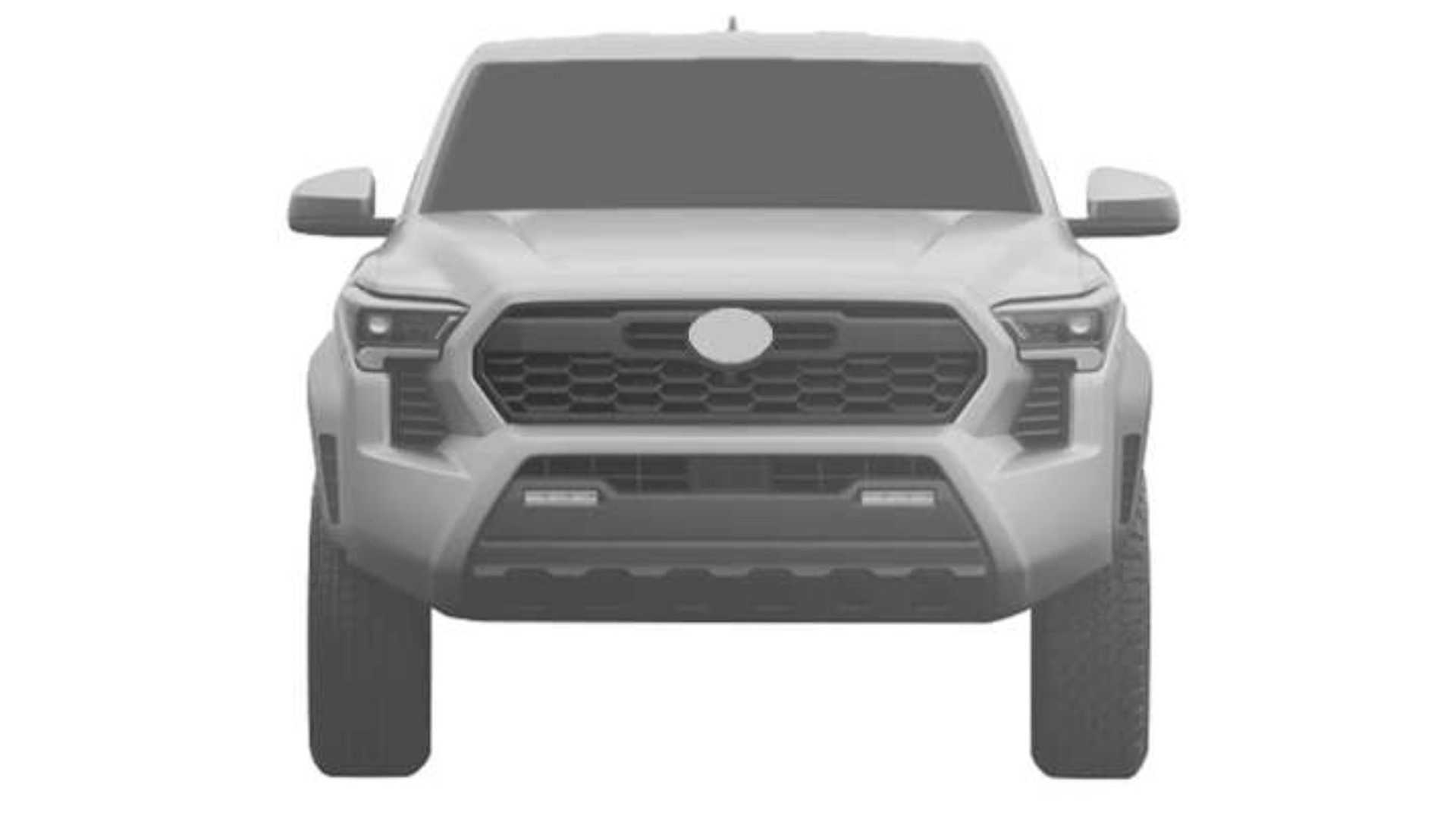 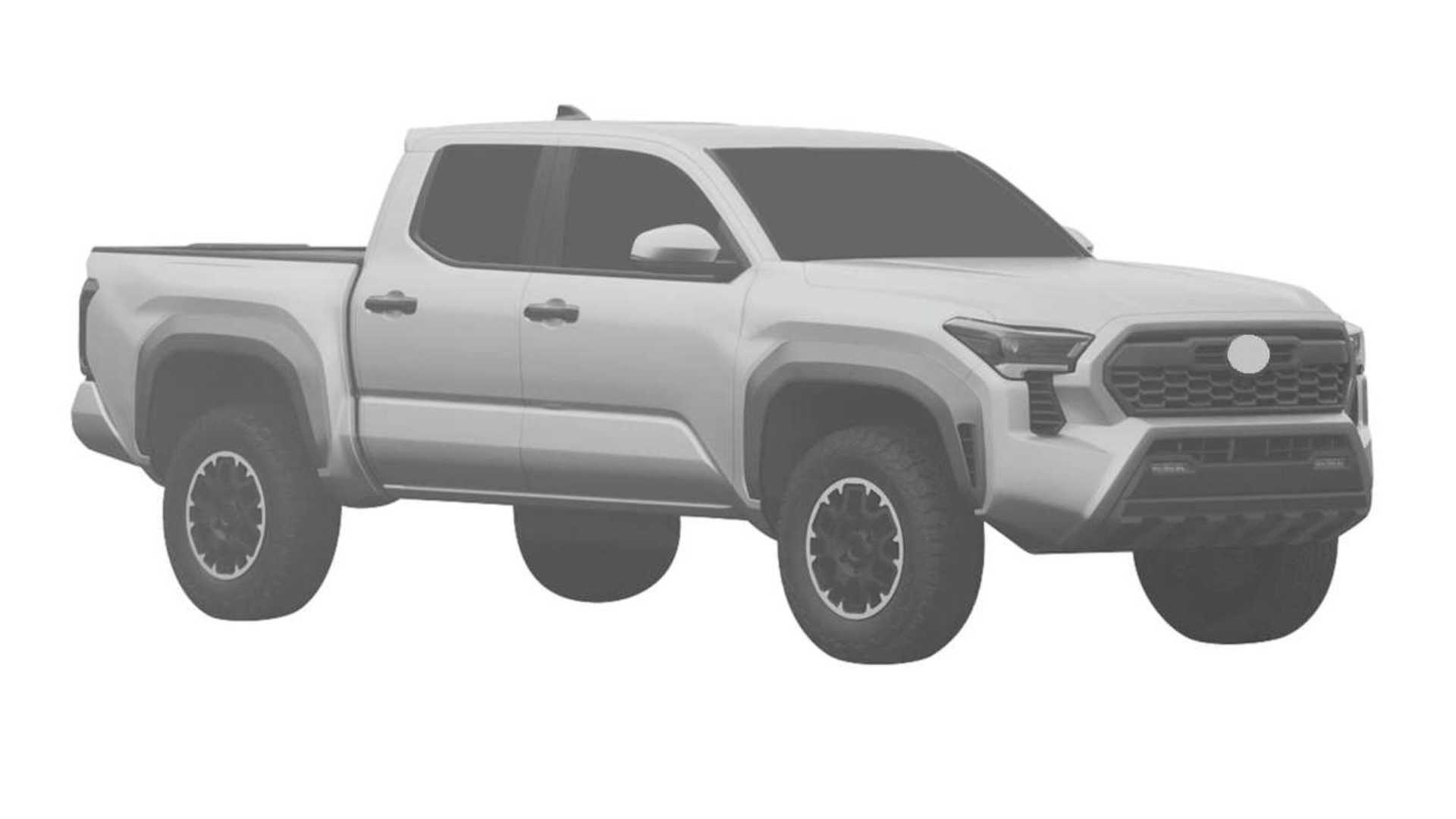 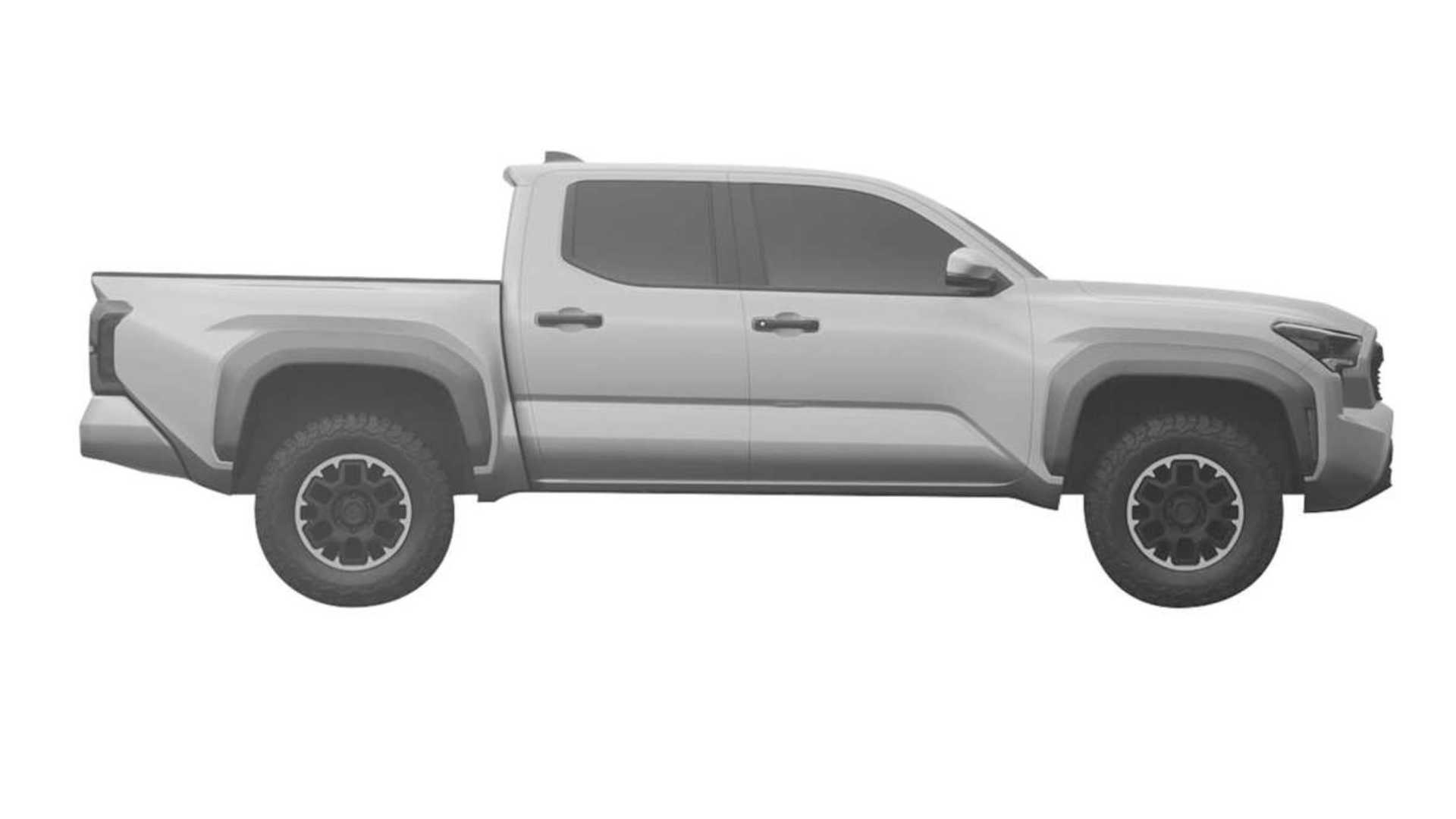 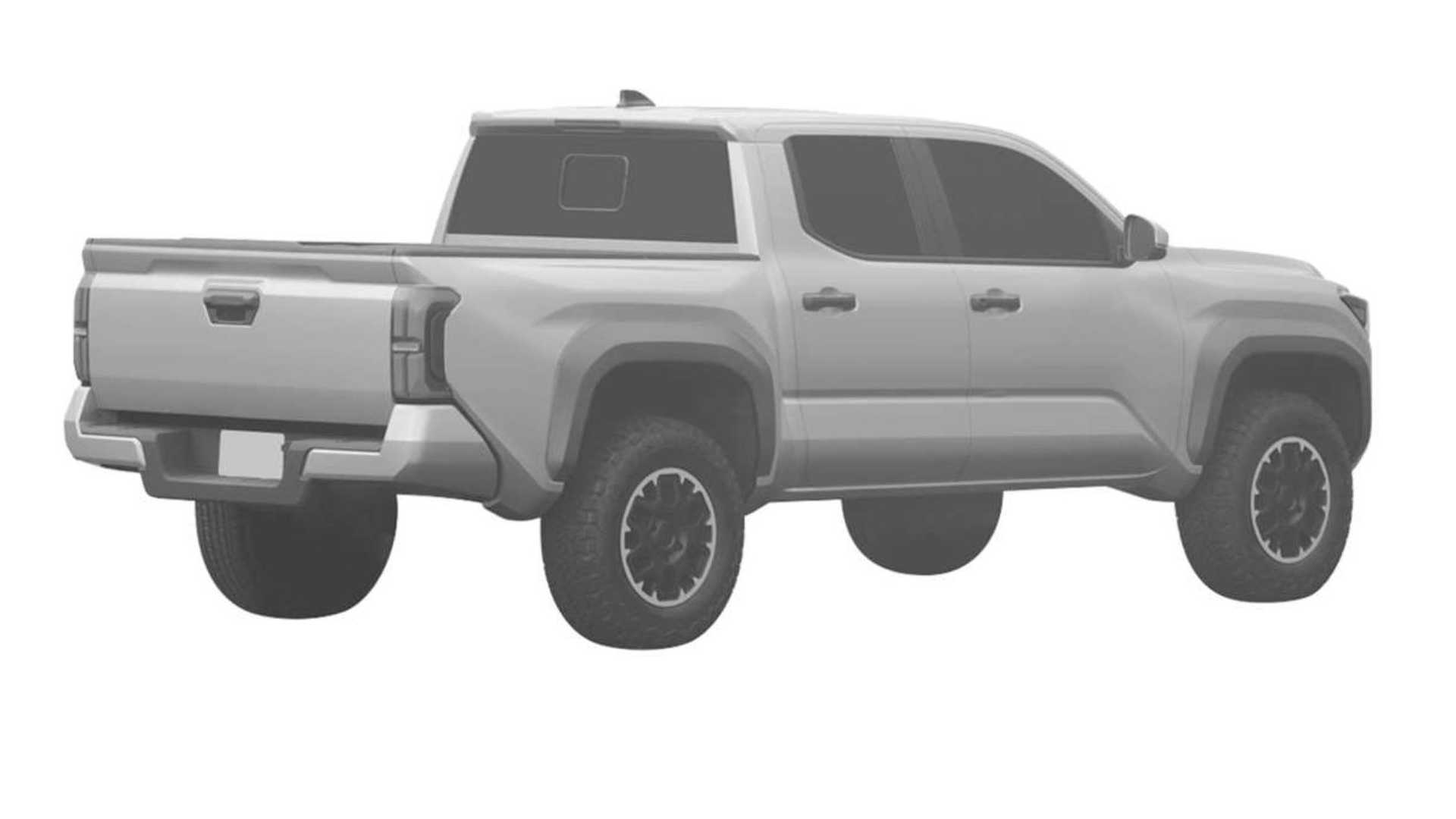 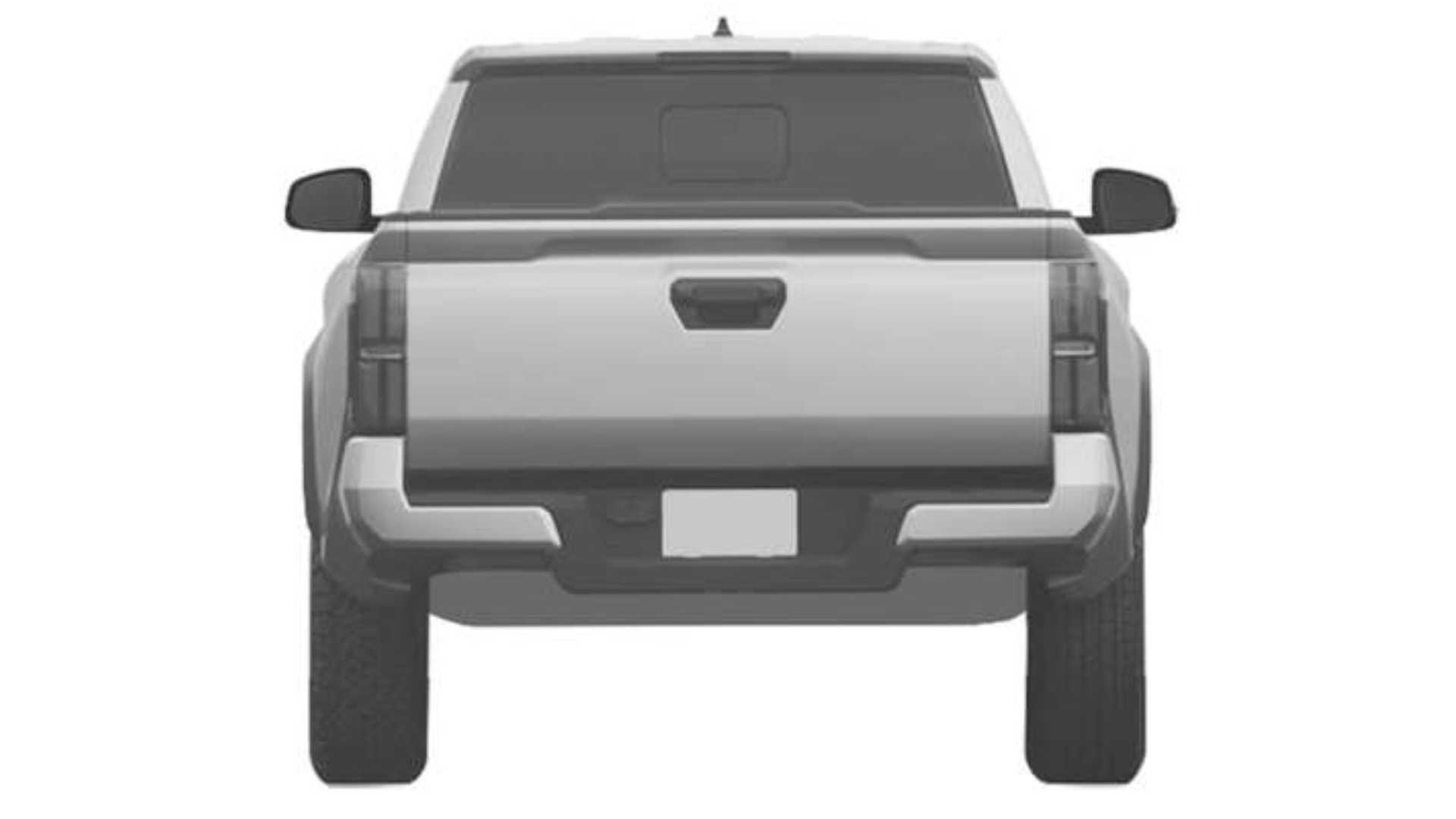 Toyota is working on a redesign for its popular Tacoma workhorse, and the new mid-size pickup truck's look has likely been revealed in a series of patent drawings that recently surfaced.

The patent drawings were published on Tuesday by Motor1, which claims to have sourced them from a public database for intellectual property in Brazil. It means the truck shown here may look somewhat different than the eventual U.S.-spec version, though the basic design should be the same.

The new Tacoma is currently out testing in prototype form and is expected to be revealed late this year or early next, likely as a 2024 model. The current third-generation Tacoma debuted in early 2015 as a 2015 model.

The design of the new Tacoma is a clear evolution of the current generation, but with more pronounced features, particularly for the fender flares. The lights at both ends are also new and more closely resemble the design on the latest Tundra full-size truck.

The design is hardly a surprise as Toyota previewed an electric version of the new Tacoma in late 2021, when it confirmed plans to launch 30 EVs across the Toyota and Lexus brands by 2030.

Although the design takes an evolutionary path, the platform will be new, specifically a shorter version of the TNGA-F body-on-frame platform found in the Tundra, as well as the related Land Cruiser, Sequoia, and Lexus LX SUVs.

Eventually there will be the electric option, though Toyota hasn't teased any specs. A new generation of the related 4Runner SUV should also be on the way.