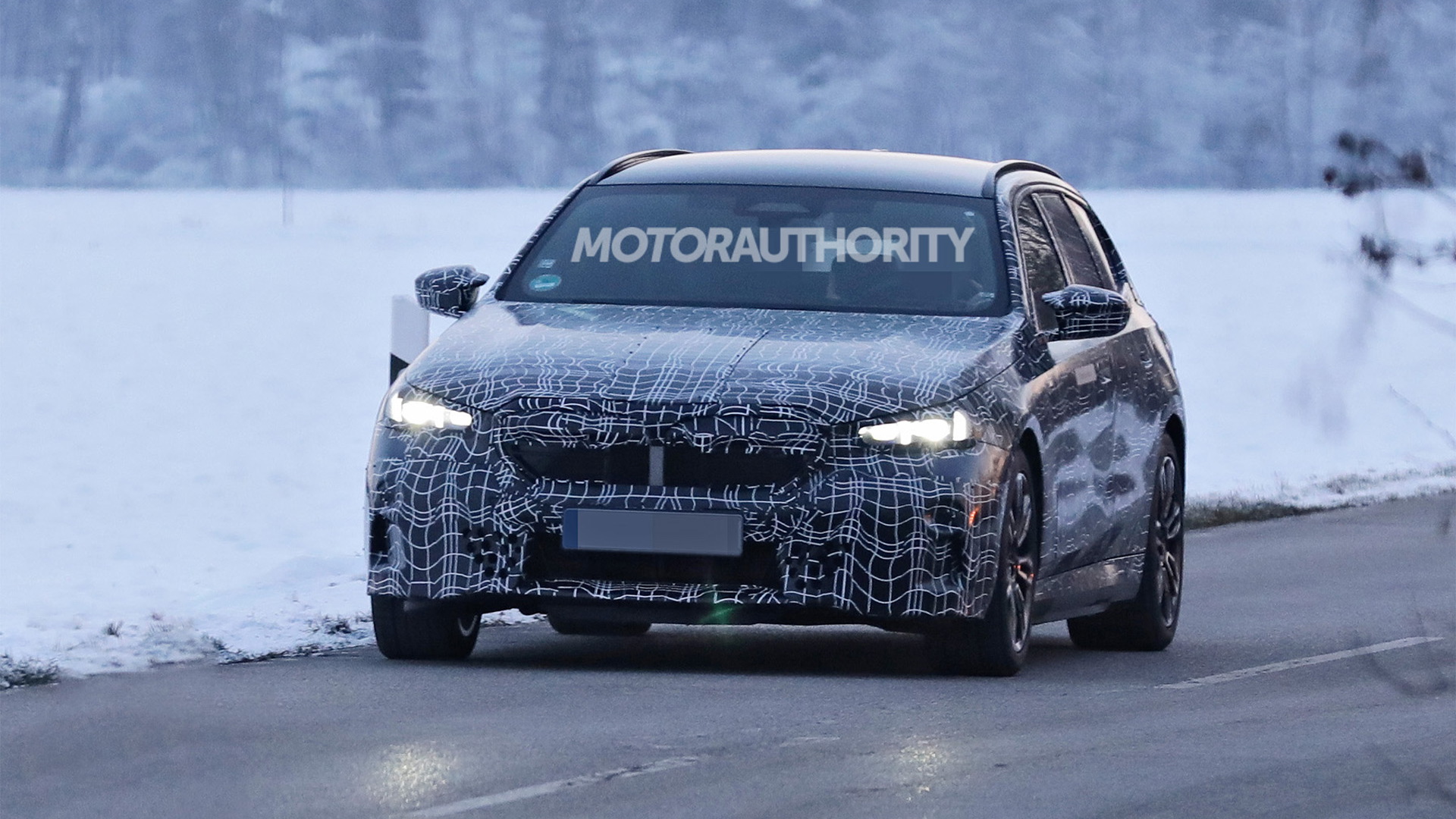 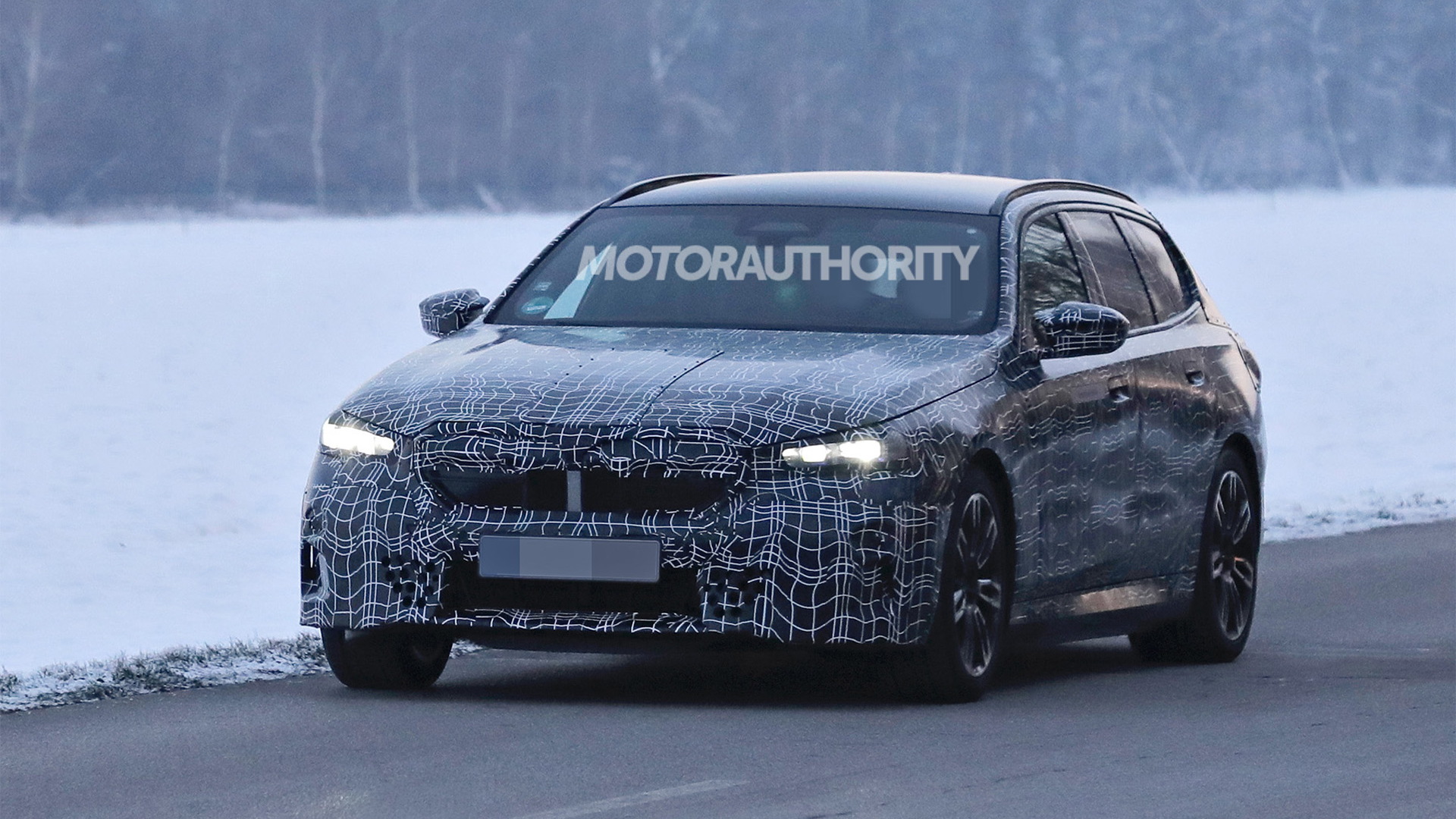 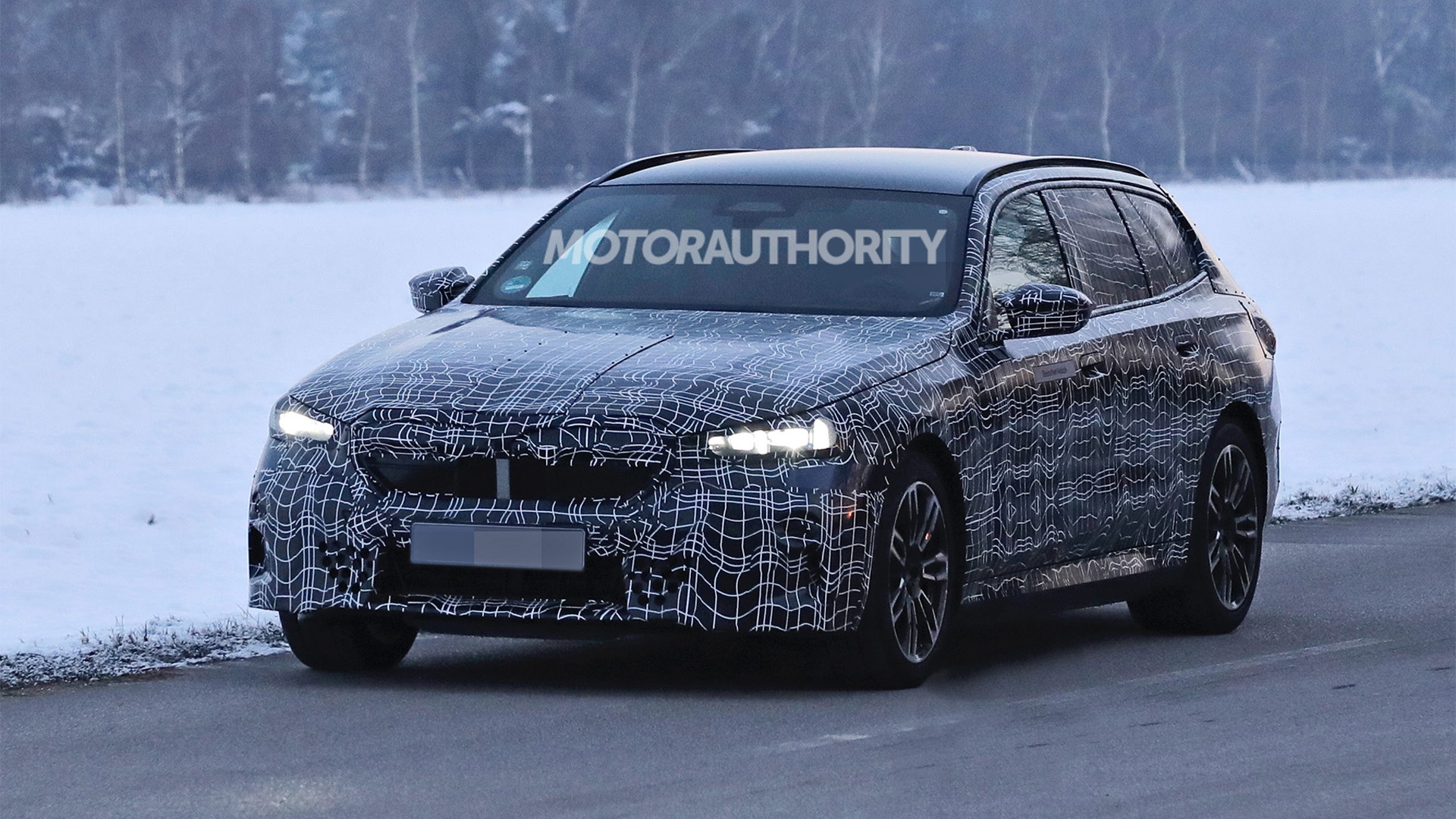 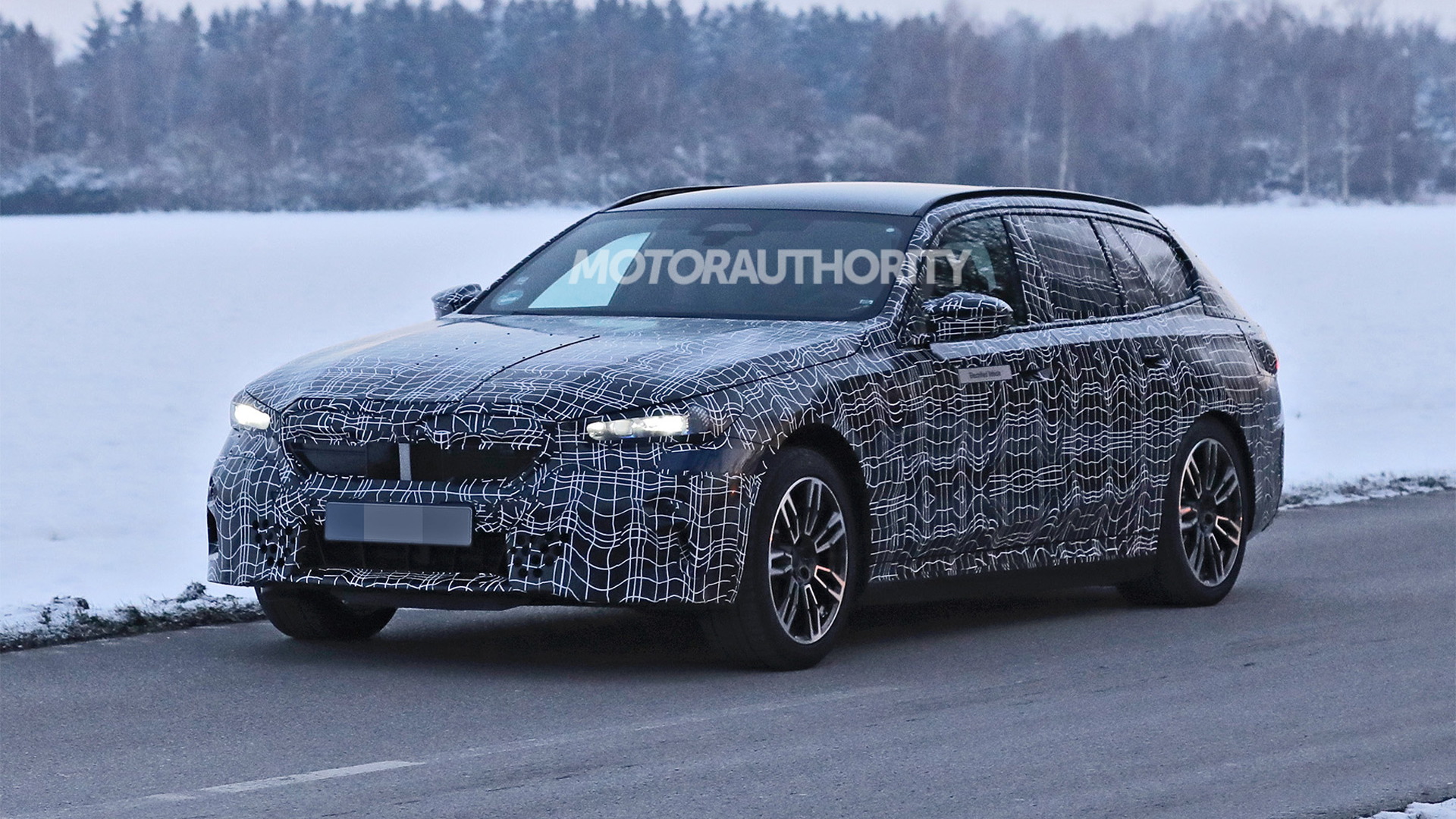 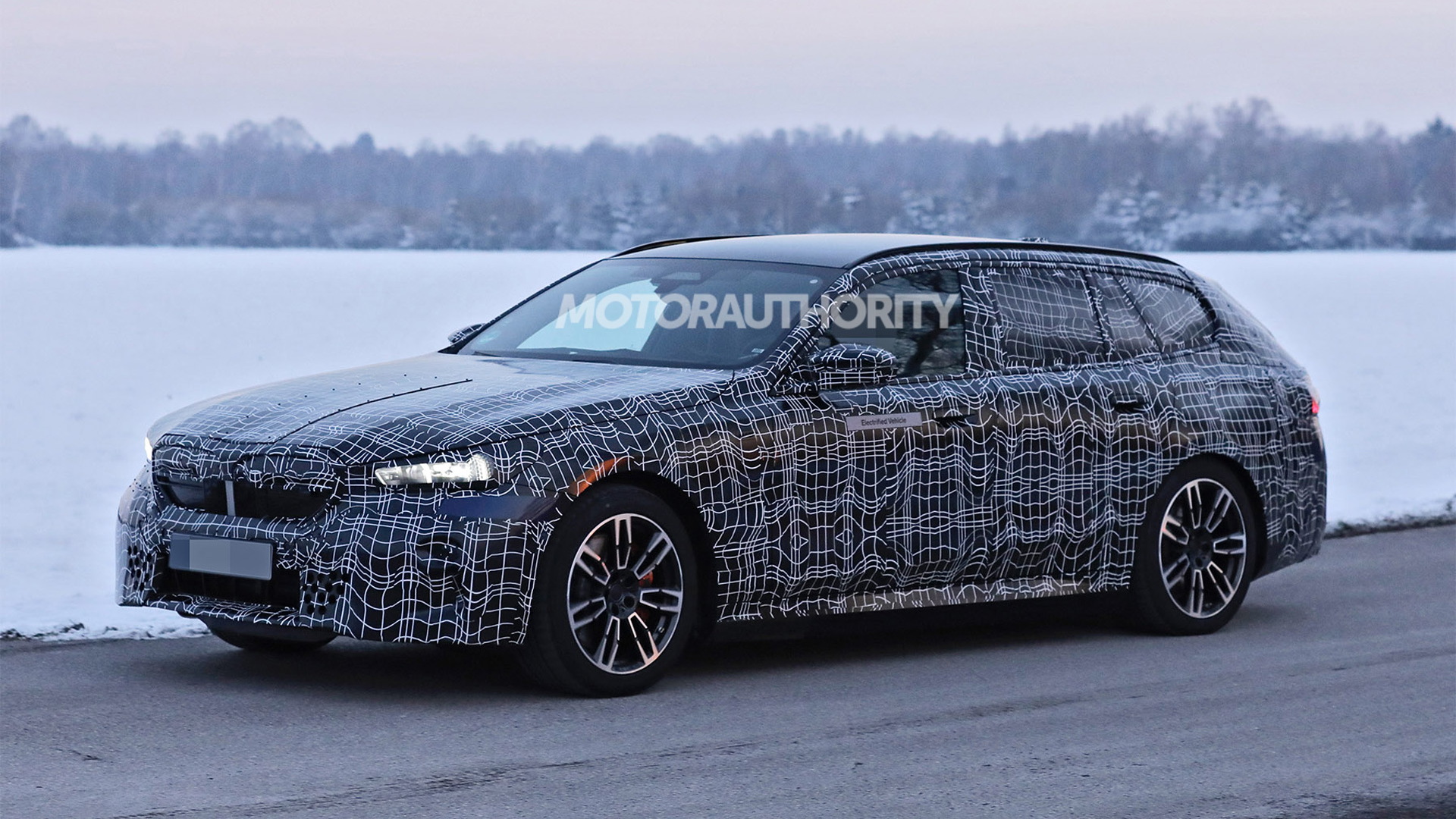 BMW is working on a redesign for its 5-Series, and the latest prototype to be spotted is a wagon version of a planned electric i5 variant.

Likely to be called the i5 Touring (Touring is the name BMW uses for its wagons outside the U.S.), the electric wagon will be sold alongside a regular 5-Series Touring powered by gas and diesel engines. Don't look for either wagon to reach the U.S., as buyers here in need of cargo space mostly prefer SUVs.

The redesigned 5-Series is expected to debut next year as a 2024 model. The i5 should arrive at the same time, similar to how BMW launched its redesigned 2023 7-Series and its electric i7 variant together earlier this year.

Looking closely at the prototype, it becomes clear that the grille is sealed off. The tester also lacks exhaust tips, and there's no missing the warning stickers for the electrified powertrain on the flanks and rear. The side mirrors are also the more aerodynamic design used by BMW M, which suggests this particular tester is for a sporty M Performance model, similar to the 2023 i4 M50 and 2023 iX M60.

We've also heard that the redesigned M5 will eventually have an electric version as an alternative to its standard V-8 plug-in hybrid powertrain. It's possible the electric M5 will also have a wagon variant. The electric M5 could use a four-motor powertrain, a setup BMW M engineers are testing.