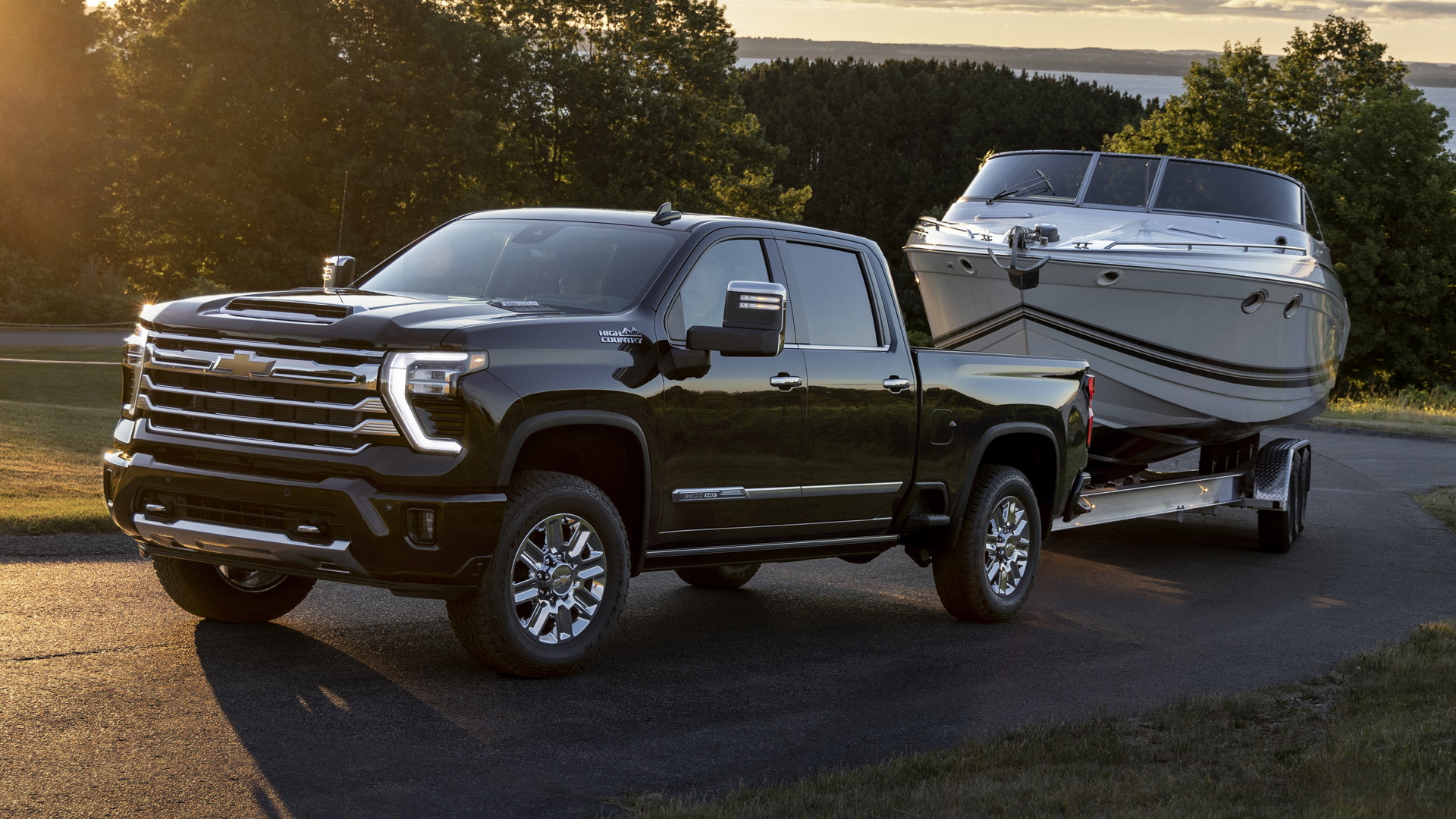 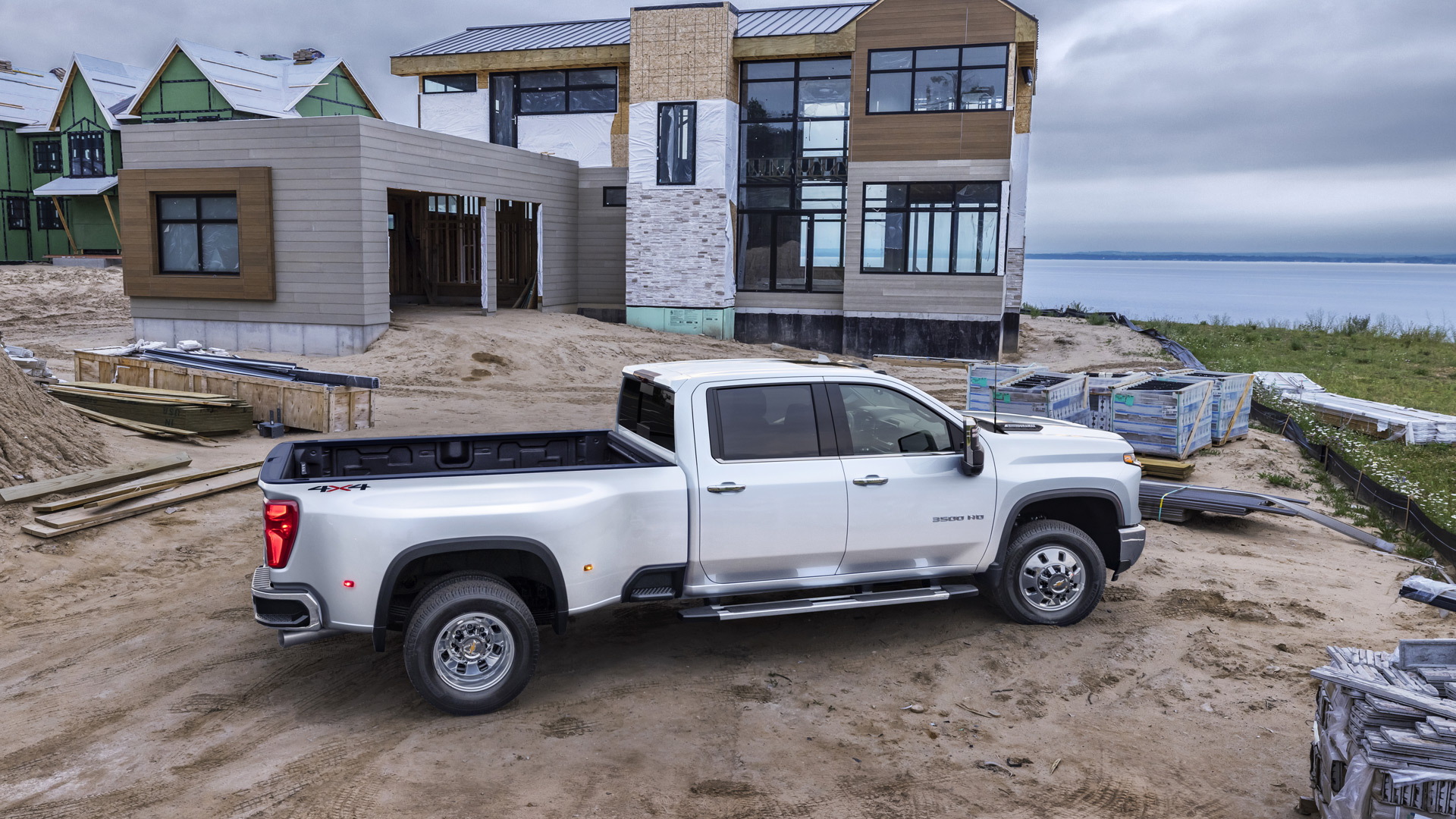 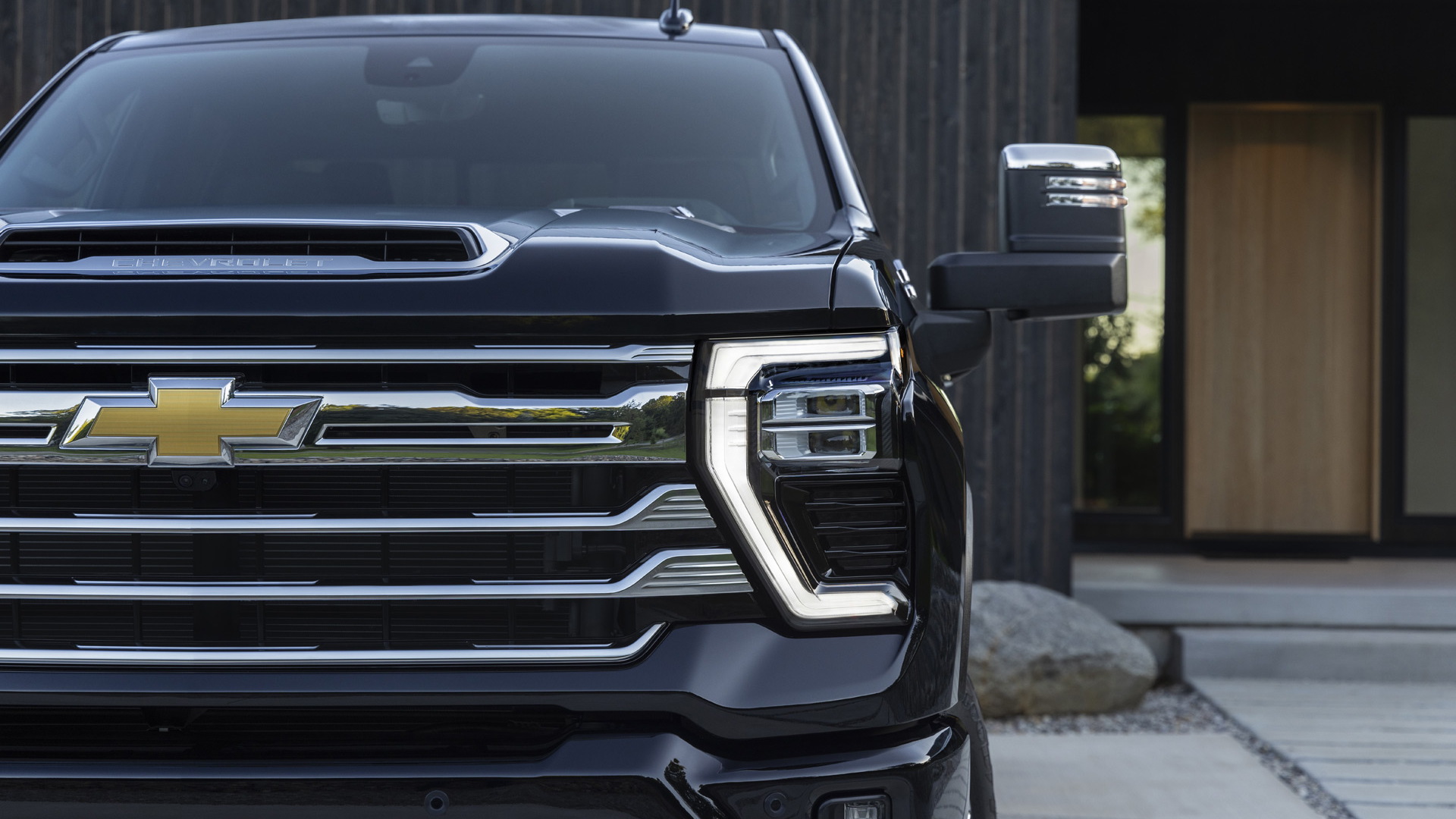 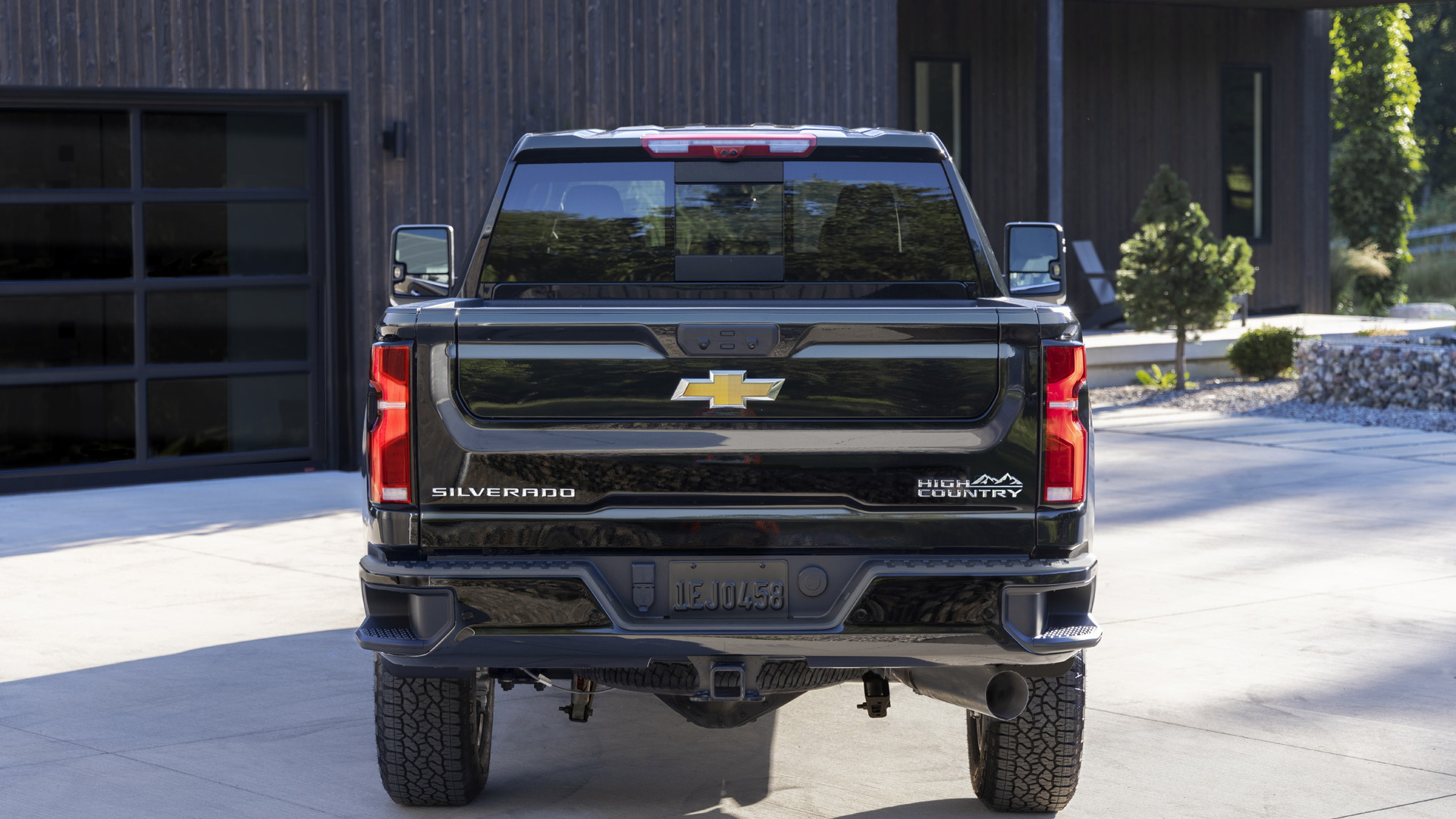 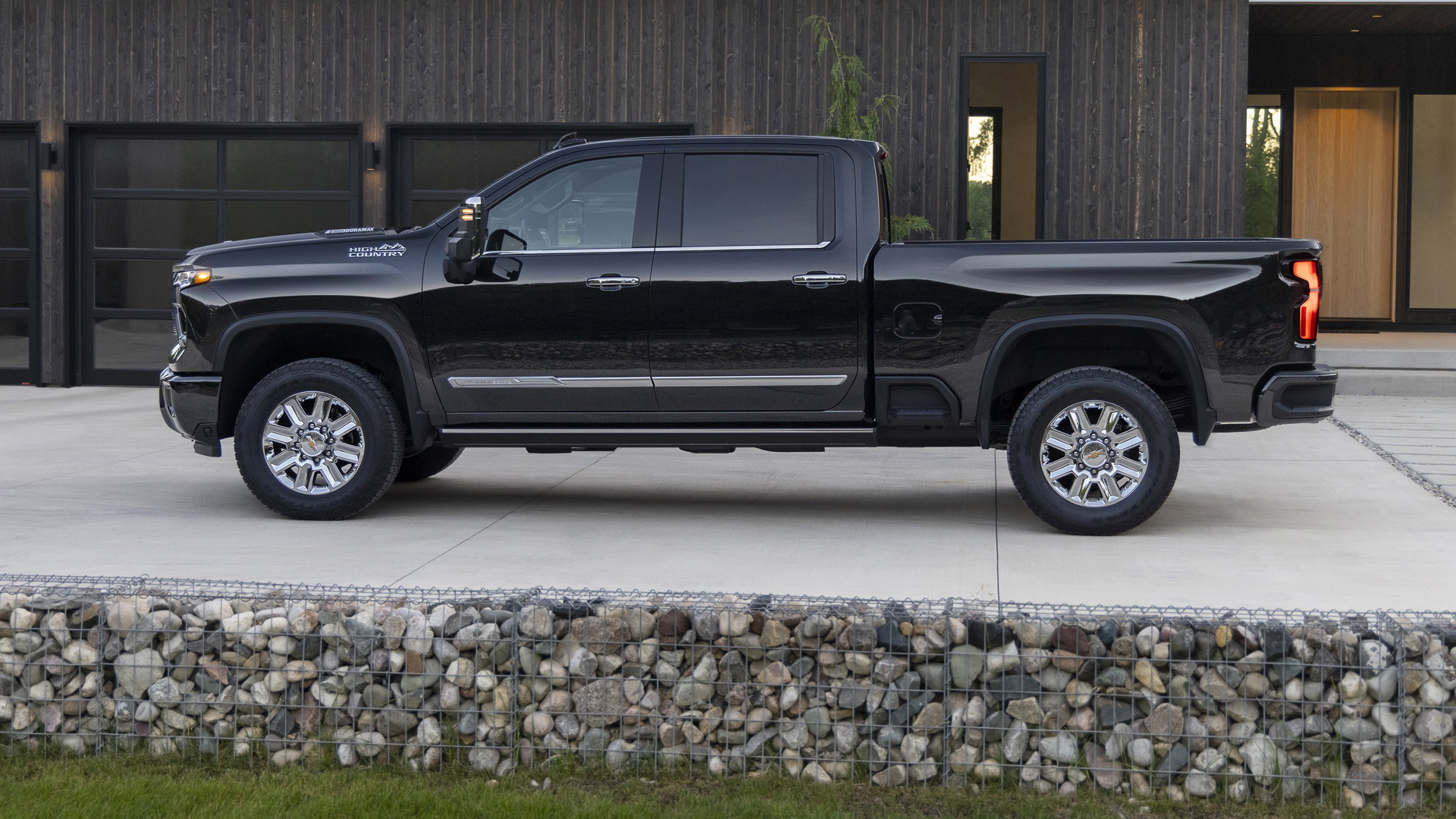 Chevrolet's Silverado 1500 was updated for the 2022 model year and now the truck's heavy-duty companion has been updated as well.

The updated Silverado HD was revealed late on Monday in both 2500HD and 3500HD guises and will make a public debut on Sept. 29 at the 2022 State Fair of Texas. It will go on sale next year as a 2024 model. Electric vehicle fans can also look forward to a new Silverado EV coming for 2024.

The changes made to the 2024 Silverado HD include styling tweaks, new technology in the cabin, and powertrain upgrades. A ZR2 off-road grade is also coming, though Chevy is saving details until closer to the market launch.

The 2024 Silverado HD will be offered in Regular Cab, Double Cab and Crew Cab configurations, with a dually option limited to the 3500HD. The grades that will be on offer include Work Truck, Custom, LT, LTZ, High Country, and the new ZR2, and buyers will also be able to add a Z71 sport appearance package on some of those.

The biggest change to the styling is up front where there's a new grille and front end, plus a new, more modern design for the headlights. Gone are the previous split headlights, replaced by a single unit with a C-shaped daytime running light.

More significant changes have taken place inside. A new dashboard resembles the one in the updated Silverado 1500, with top grades getting a new 13.4-inch infotainment screen (with built-in Google) in combination with a 12.3-inch digital instrument cluster and an available head-up display. The center console has also been revised with a less cluttered design for the wireless phone charger. Many of the physical controls feature new designs, and Chevy offers up to 10 cupholders, depending on the model and configuration.

Chevy also offers a long list of electronic driver-assist features, either standard or available. These include adaptive cruise control, as well as the usual automatic emergency braking with pedestrian detection, lane-departure warnings, and blind-spot monitors. In addition to these, buyers can get adaptive cruise control with a trailering function. New for 2024, this feature allows the adaptive cruise control to account for additional drag and increased braking distances when towing a trailer. There's also a warning for when the vehicle's gross combined weight rating is exceeded, an extended distance for the blind-spot monitors for trailering, and an updated Transparent Trailer feature that now works with with fifth-wheel and gooseneck trailers.

Also new for 2024 is the addition of the 10-speed automatic now as standard across the range.

Production of the 2024 Silverado HD starts in the first half of 2023 at plants in Flint, Michigan, and Oshawa, Canada. Pricing information will be released closer to next year's market launch.