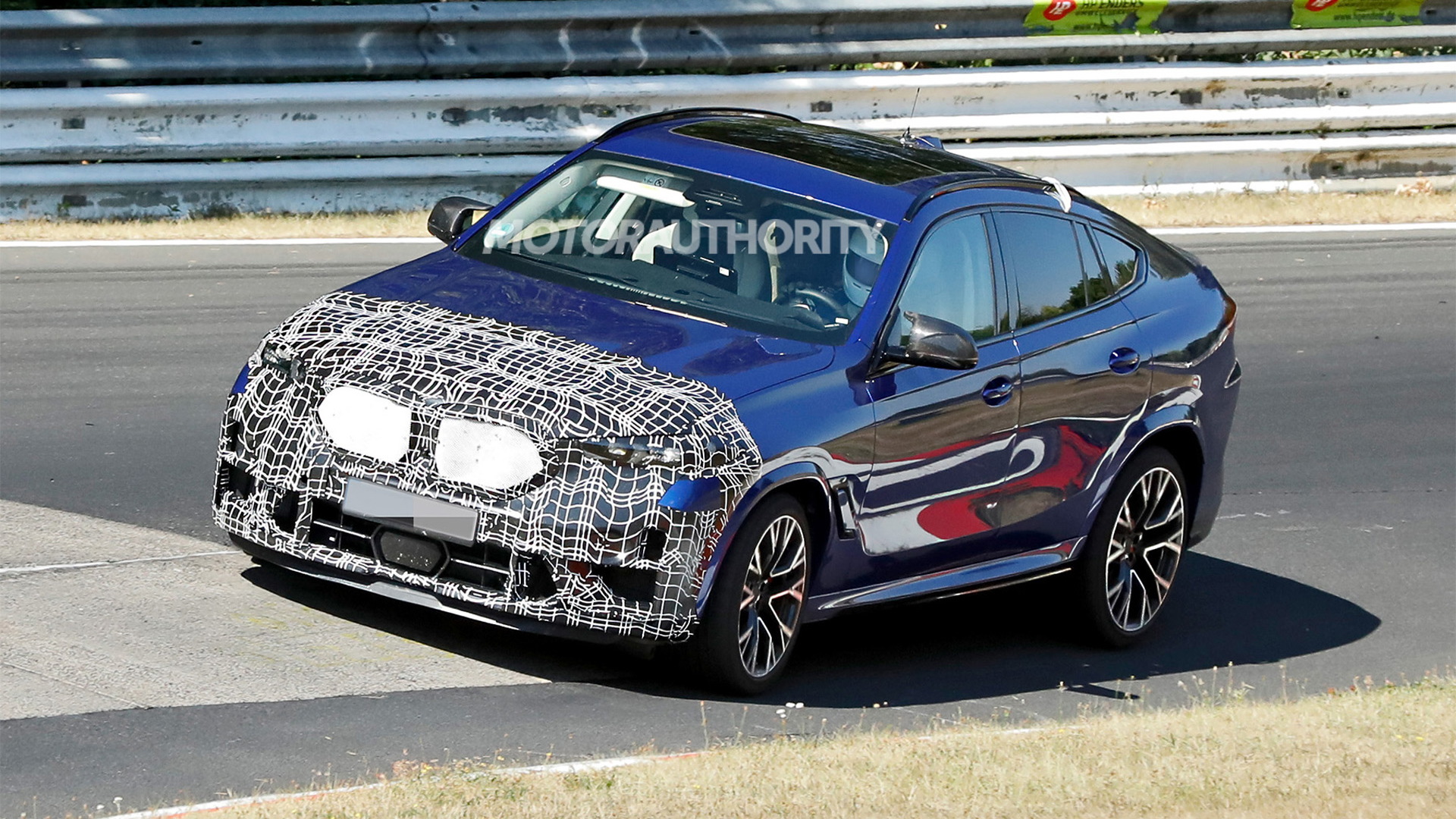 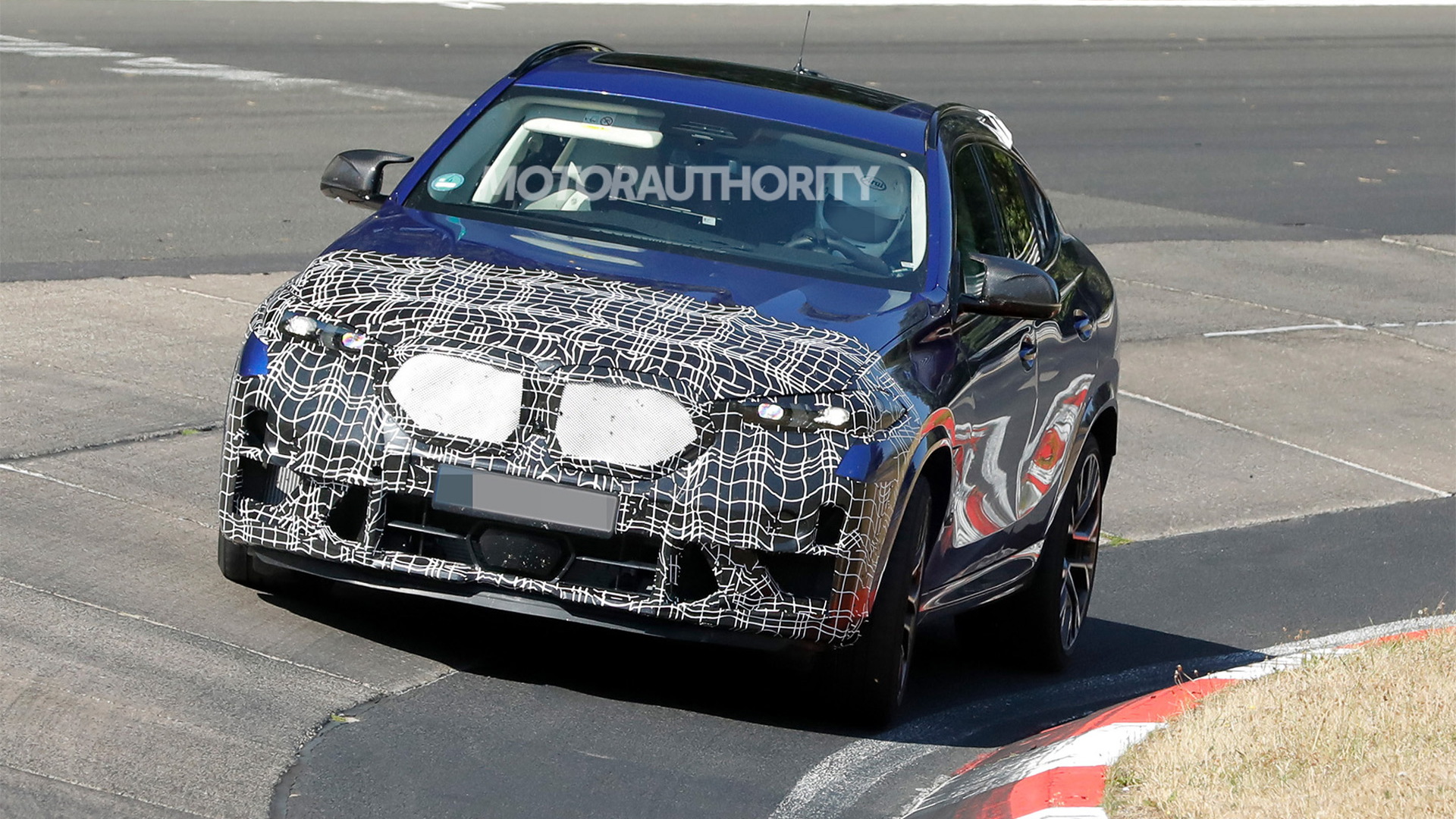 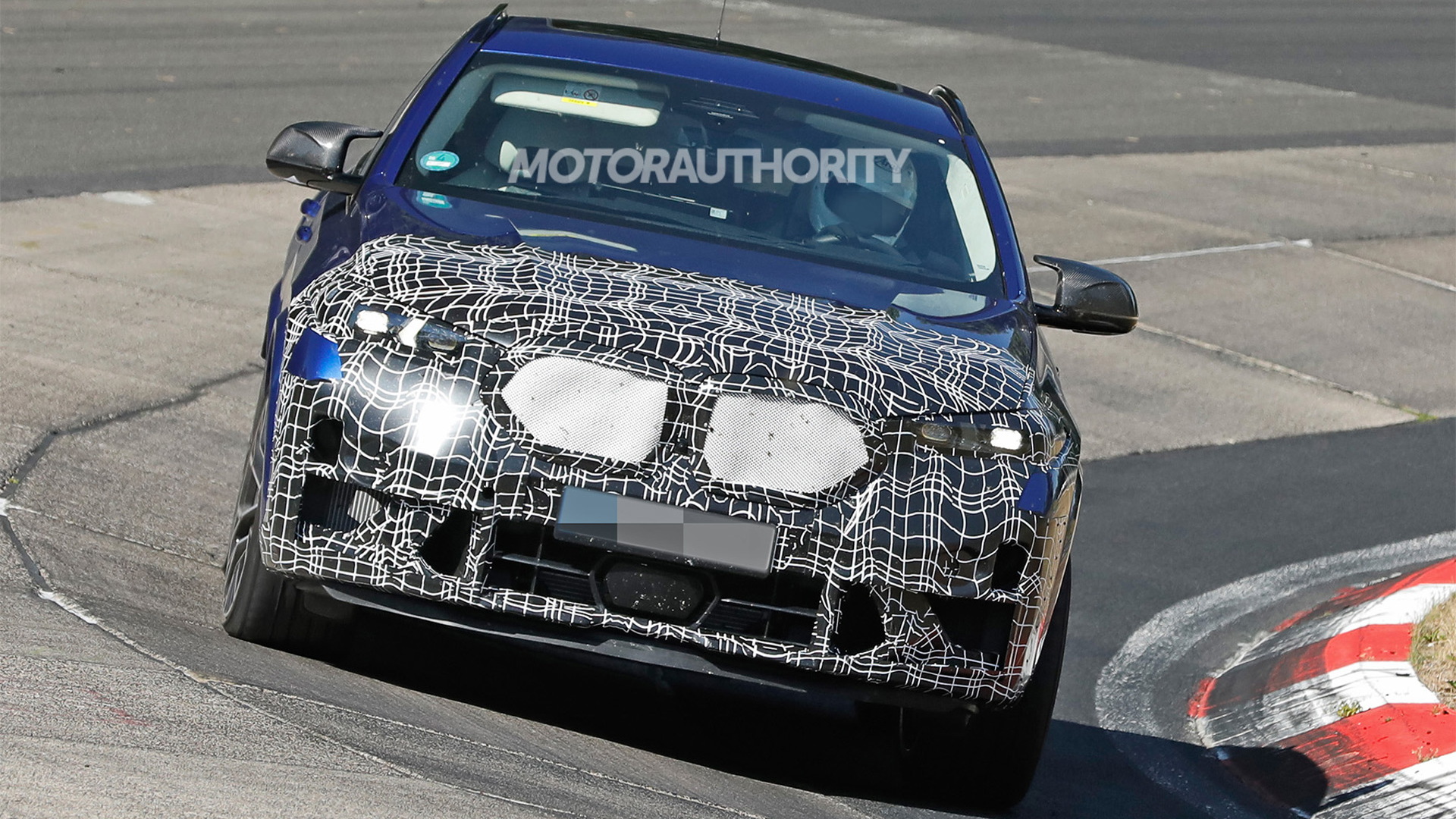 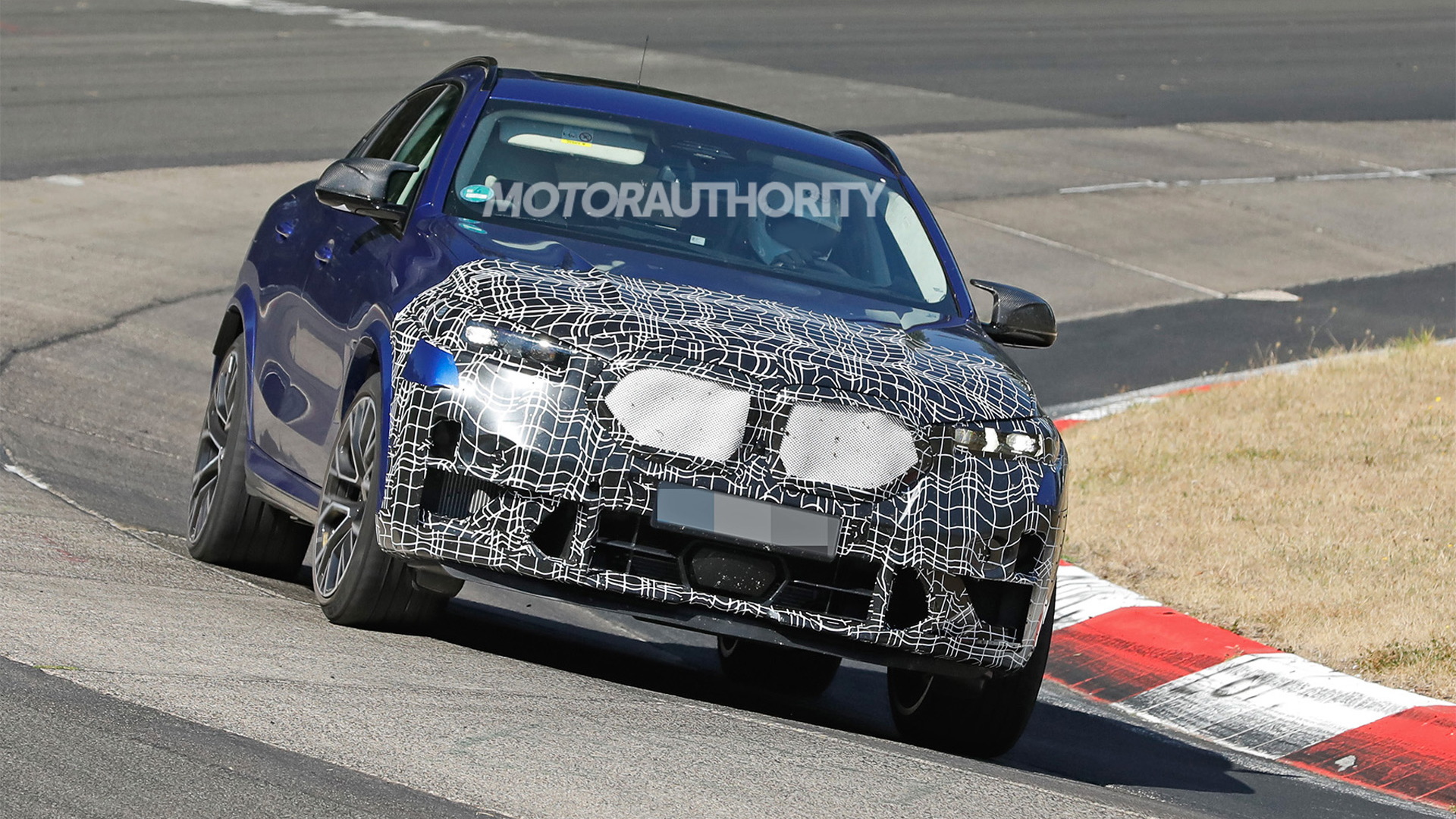 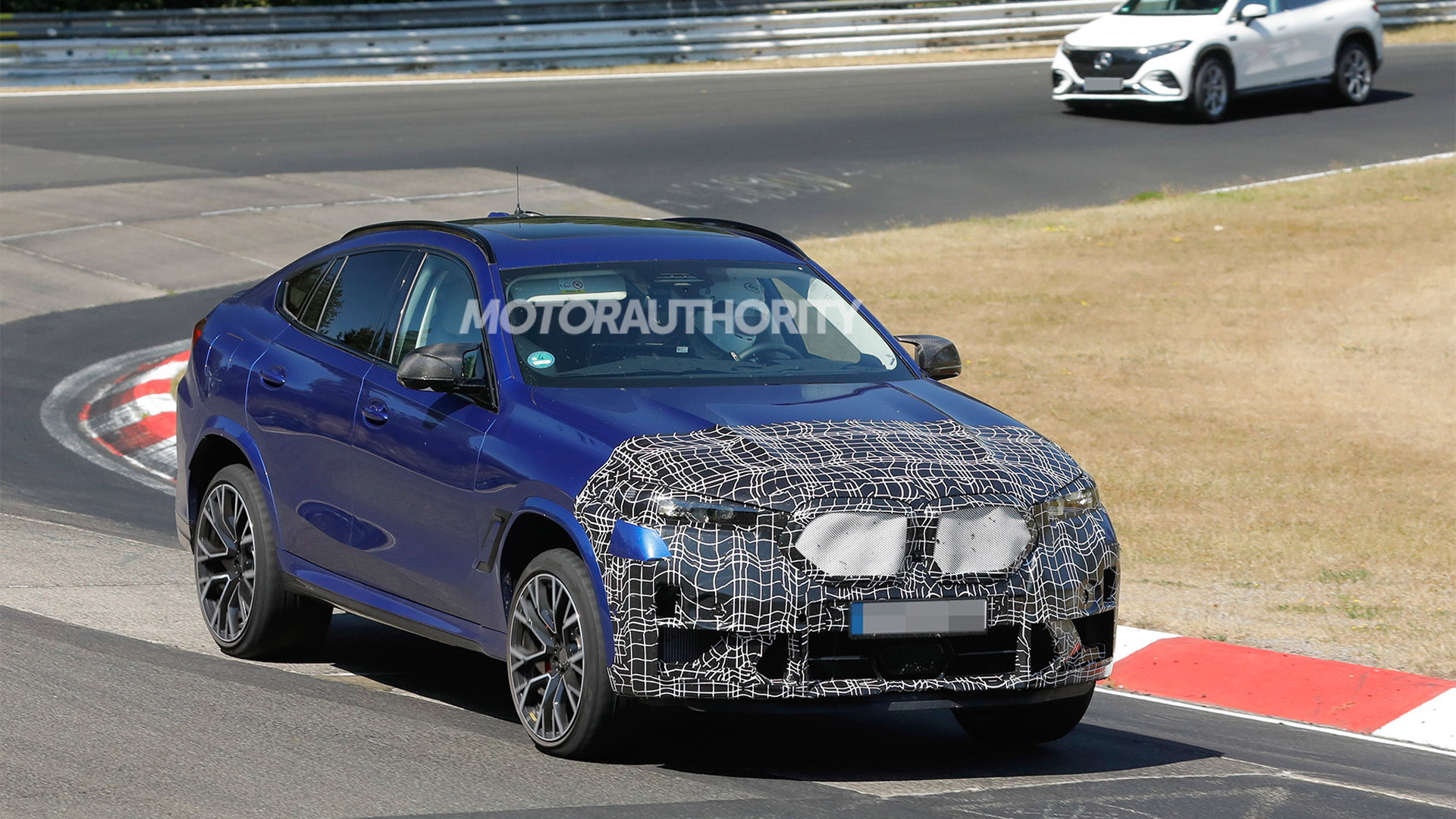 Engineers from BMW M have been spotted testing a prototype for an updated X6 M at the Nürburgring.

The update constitutes a mid-cycle refresh that should be introduced alongside a similar update to the regular X6 late this year or early next, meaning the SUVs might arrive as 2023 models. The related X5 and X5 M models are also in line to receive the update.

The tweaks to the exterior will be mild, judging by the prototype. Look for new internals for the lights, along with a revised grille and front fascia inspired by the design pegged for BMW M's upcoming XM SUV. The interior is also likely to feature some updates, including possibly a more advanced infotainment system with a larger screen similar to the one in the iX electric crossover.

It isn't clear what's planned for the powertrain. The current X6 M, which arrived for the 2020 model year, is powered by a twin-turbo 4.4-liter V-8 that delivers 600 hp in the standard model and 617 hp in the spicier X6 M Competition.

BMW has developed a new twin-turbo 4.4-liter V-8 and there's a good chance the engine makes its way into the updated X6 M. Code-named S68, the engine debuted in the updated 2023 X7, where it delivers up to 630 hp in the Alpina XB7 grade. The engine will also power the XM, where it will be paired with an electric motor in plug-in hybrid configuration. The Concept XM was fitted with just this configuration and BMW claimed it's good for 750 hp.

The rest of the mechanical package in the updated X6 M should remain largely unchanged, meaning the vehicle should come with an 8-speed automatic and rear-biased all-wheel drive. The all-wheel-drive system sends power to the rear wheels until extra traction is needed, then a multi-plate clutch engages to send power to the front axle. However, there isn't a driver-selectable rear-wheel-drive mode like in the M5.

Production of the X6, including the X6 M, is handled at BMW Group's plant in Spartanburg, South Carolina, for worldwide sale.