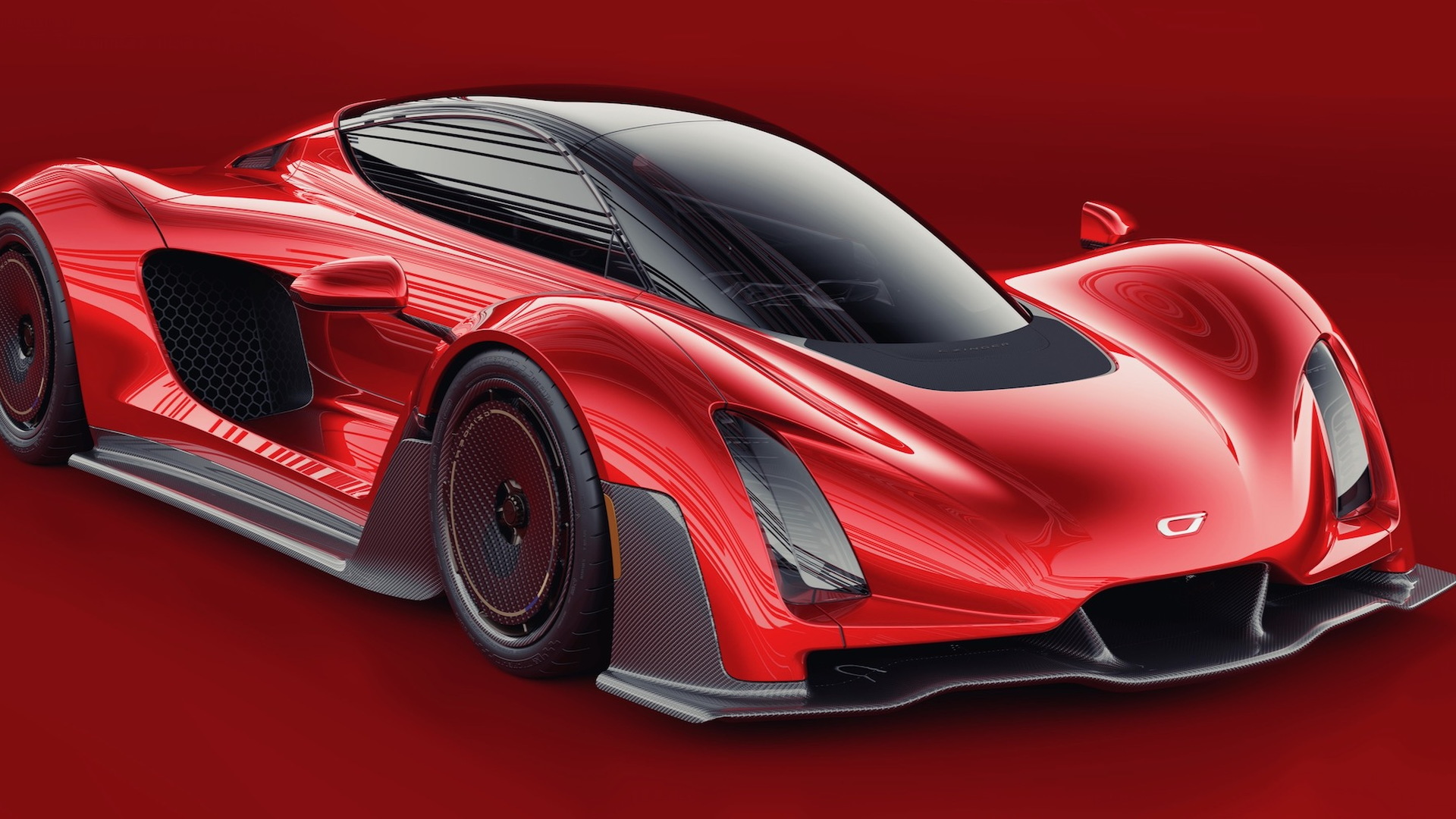 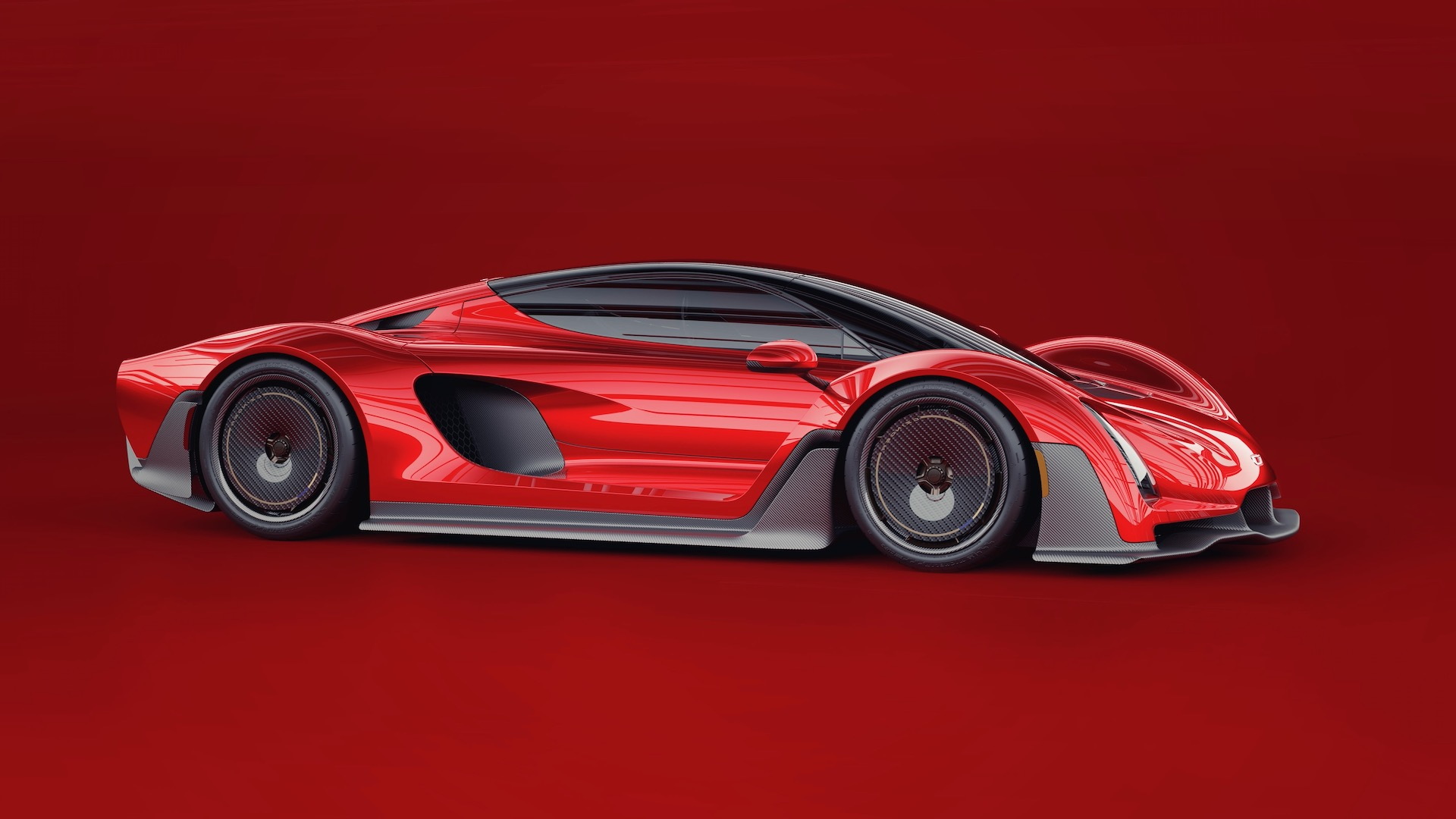 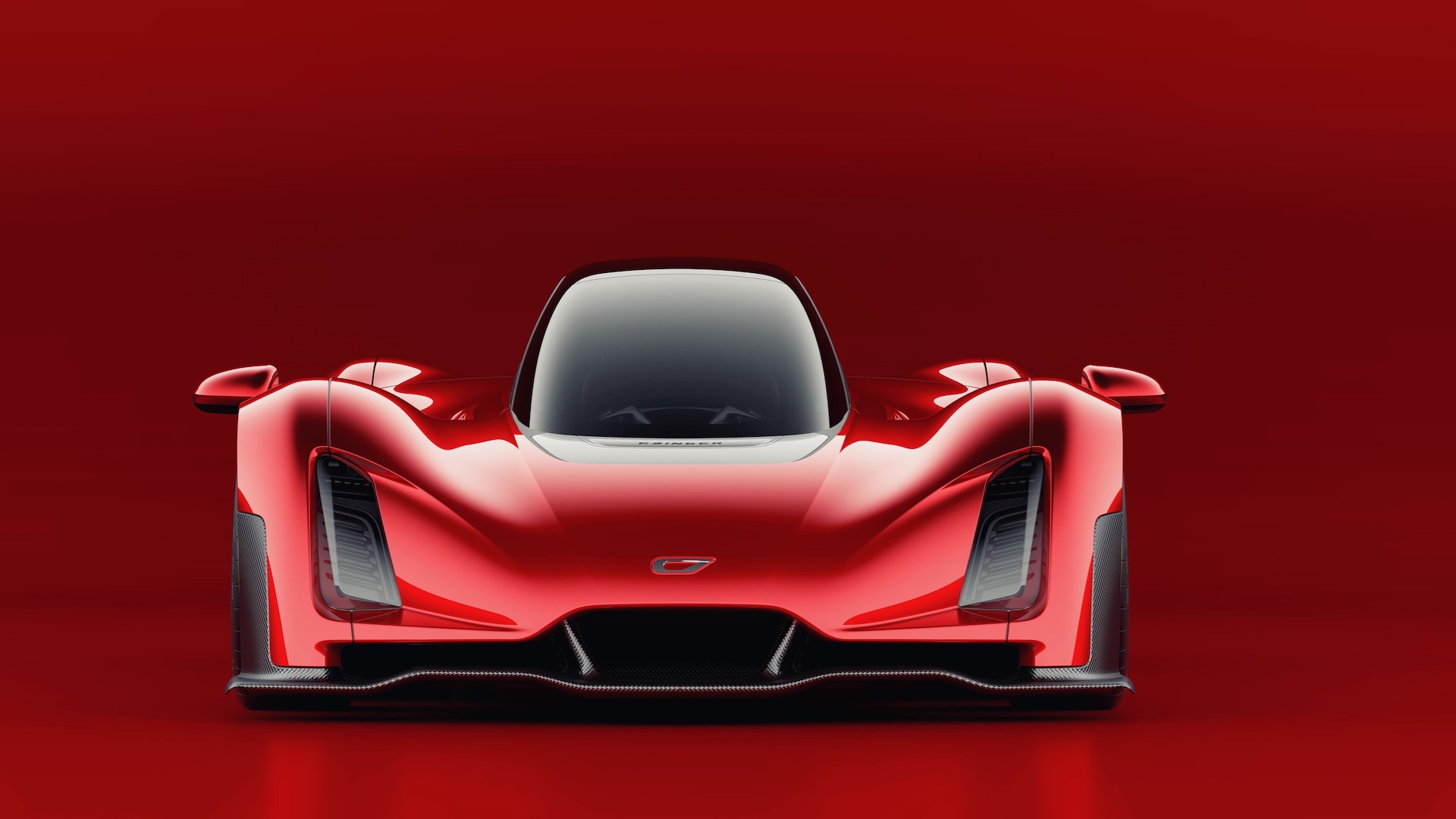 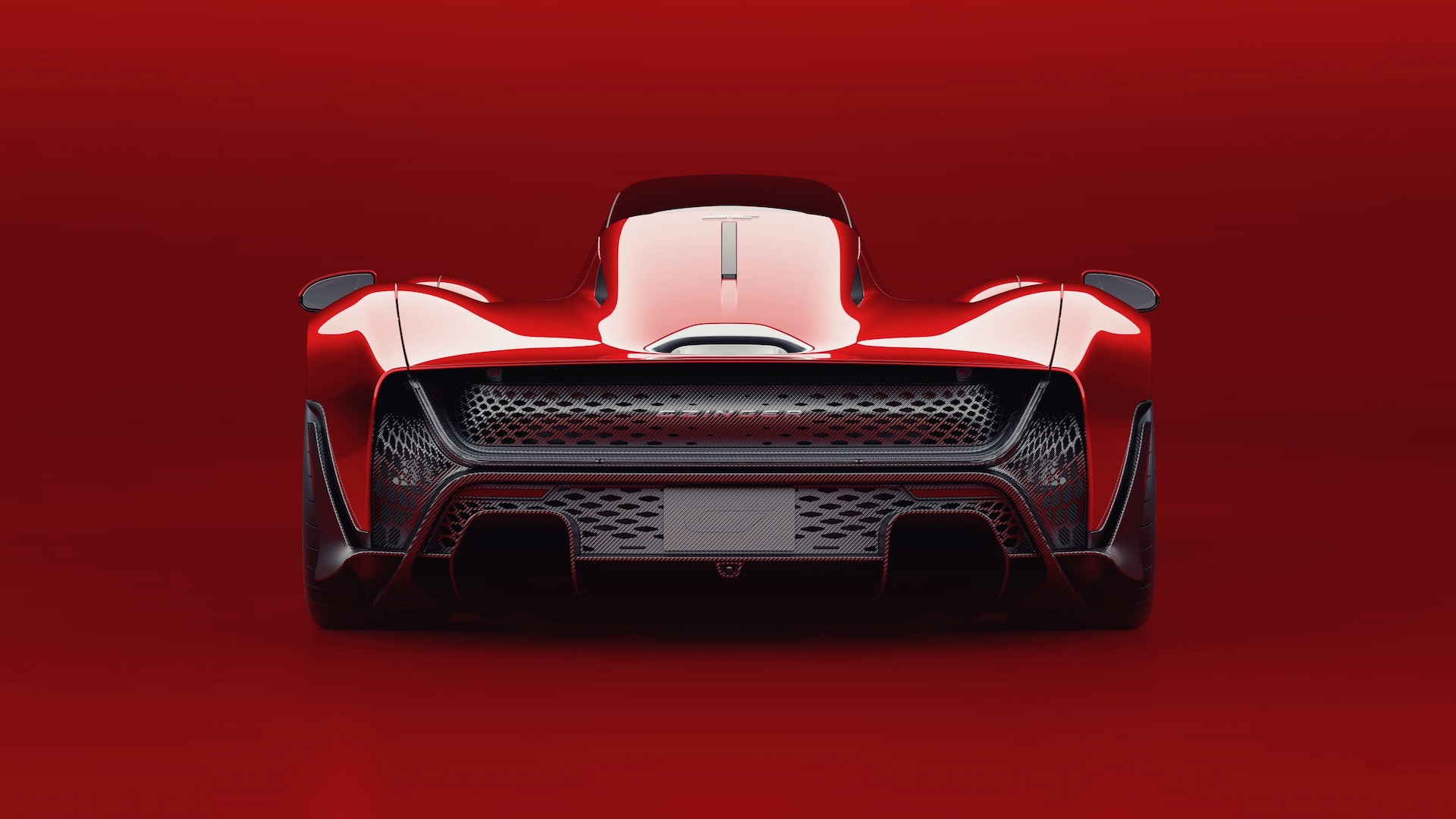 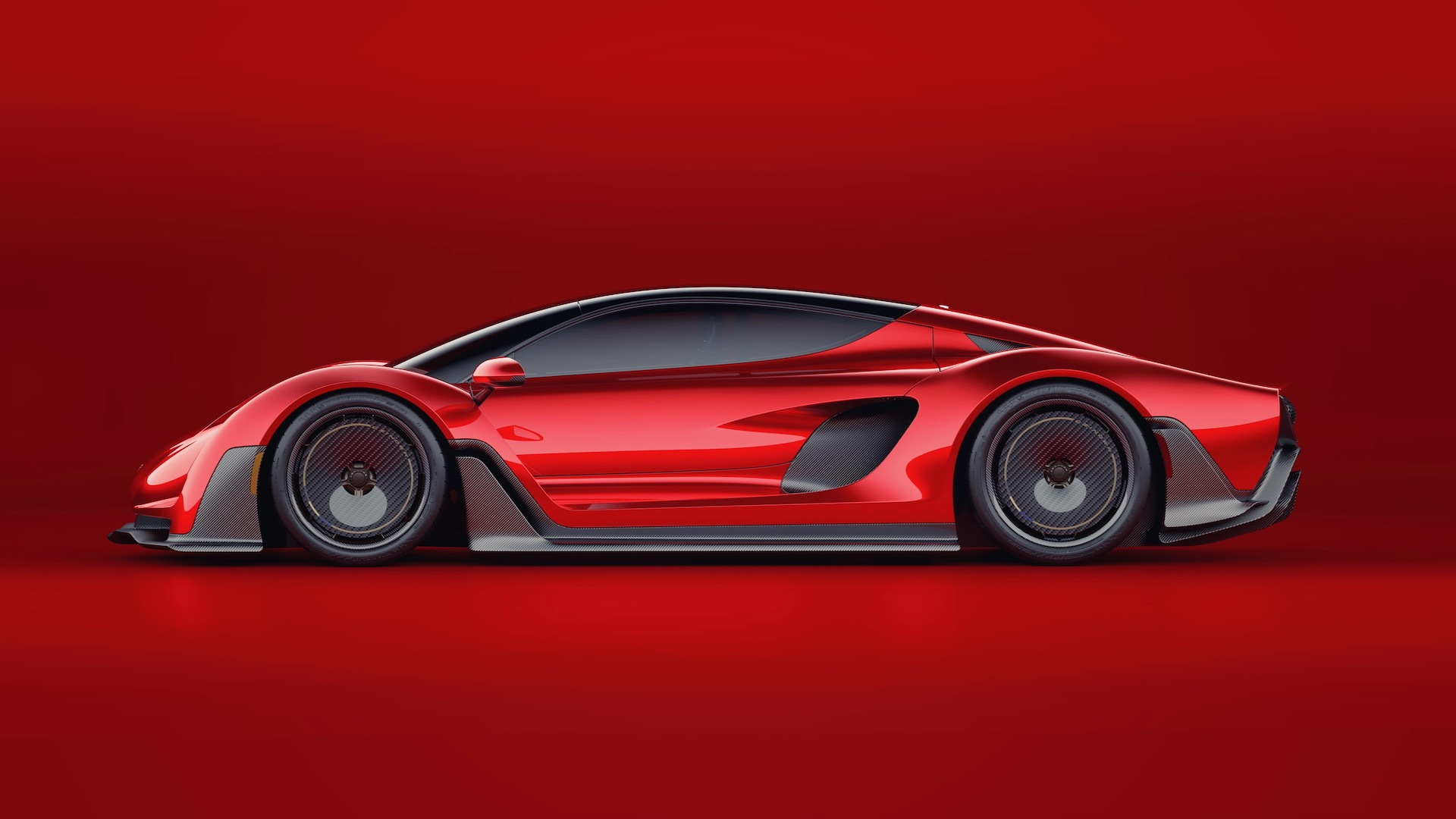 California-based startup Czinger unveiled a new variant of its 21C supercar at The Quail, A Motorsport Gathering, during Monterey Car Week.

The Czinger 21C V Max gets bespoke bodywork optimized for high-speed driving, the company said in a press release. It shows the ease with which Czinger can make changes to production models using its 3D-printing tech.

For the V Max, those changes include an extended tail section, fighter-jet-like tandem seating, and a more streamlined shape lacking the standard car's large rear wing. This removes some downforce but lowers the coefficient of drag.

The V Max uses the same powertrain as the standard 21C, consisting of a Czinger-developed twin-turbocharged 2.9-liter flat-plane crank V-8 and a hybrid system producing a total of 1,250 hp with the option to up output to 1,350 hp. Both the 21C and V Max model have a dry weight of 2,756 lb according to Czinger.

In 2021, Czinger took a prototype of the standard 21C to Texas' Circuit of the Americas and set a production-car lap record of 2:11:33, smashing the previous record of 2:17:12 set by a McLaren P1. Lower downforce might hurt the V Max's lap times.

Deliveries of both the standard version and the V Max are scheduled to start in 2023 and each will cost $2 million with options pushing some cars to $2.5 million.

Production will take place at Czinger's Los Angeles-area facility using the company's proprietary methods. Metal components are 3D-printed, while composite body panels are formed in molds. Instead of a traditional assembly line, everything is then put together by robots in one central location. This allows for lighter components (the 21C monocoque weighs just 265 lb, Czinger claims) and more flexibility, but it's a slow process. Each 21C will take 3,000 hours to build.

Alongside the 21C V Max, Czinger also unveiled the more luxurious Hyper GT coupe, which is expected to enter production sometime after the 21C. It's one of several models Czinger plans to launch in the coming years as it looks to become a full-line automaker.

Note: This story has been updated with specifications provided by Czinger.