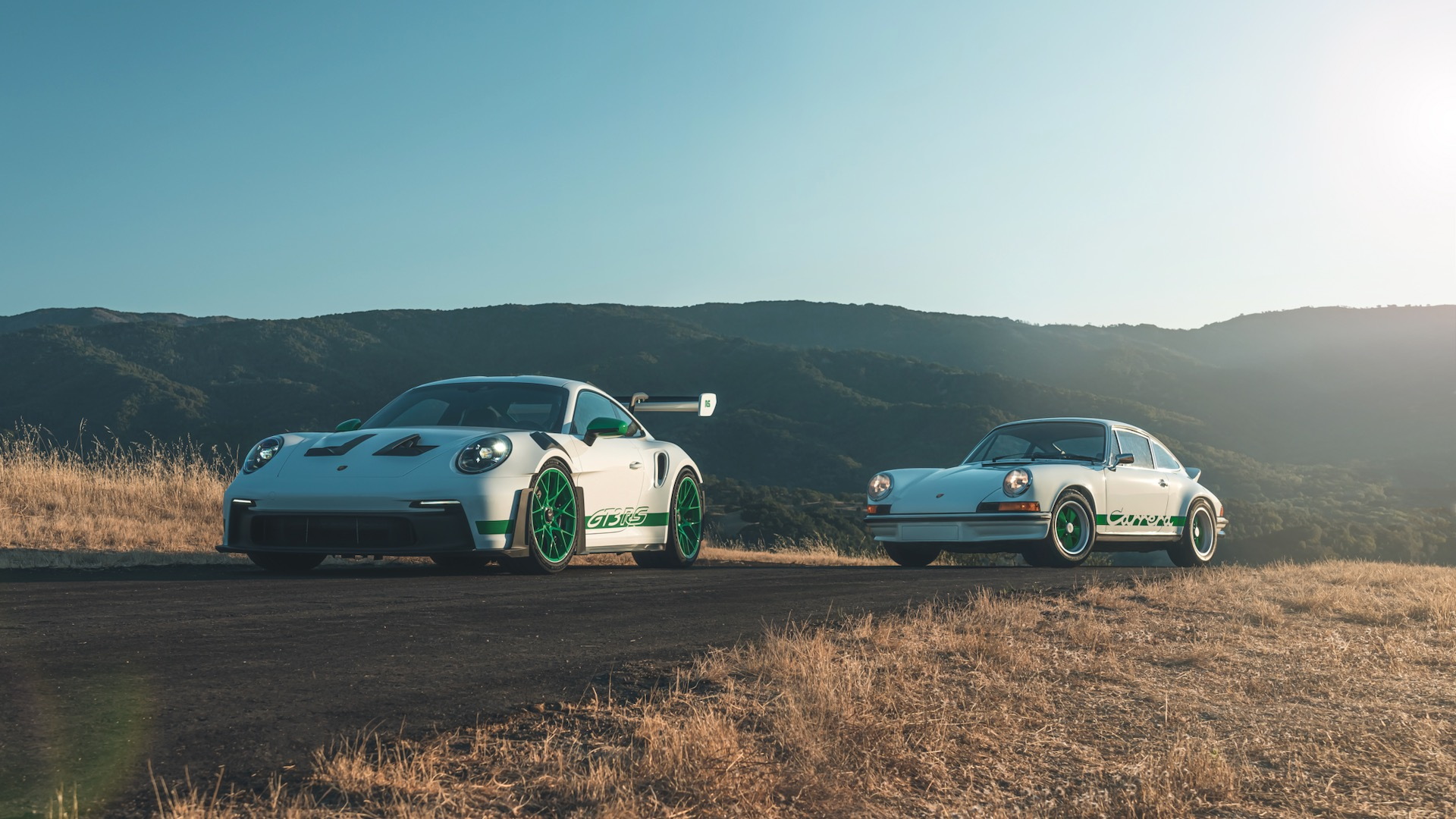 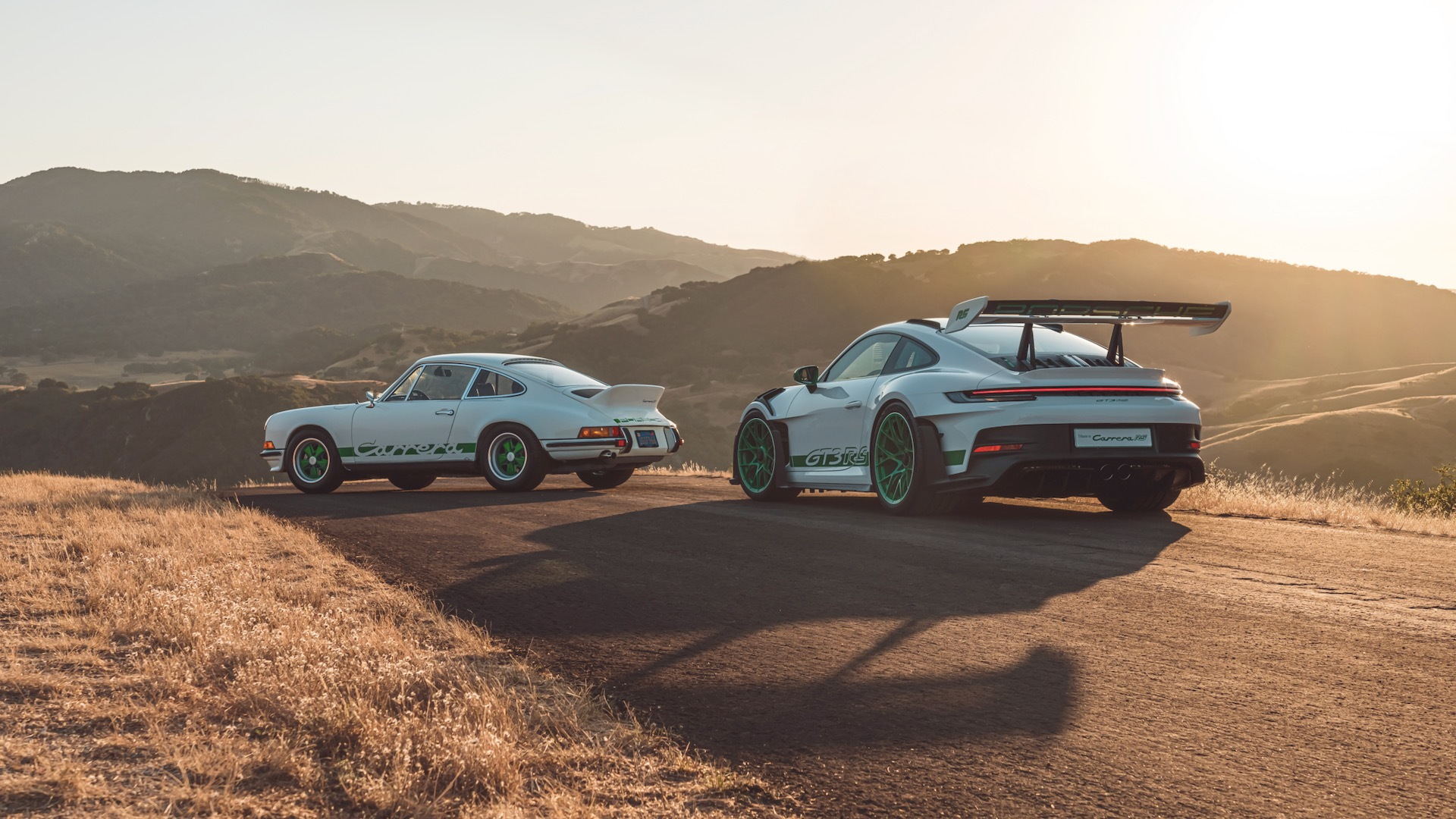 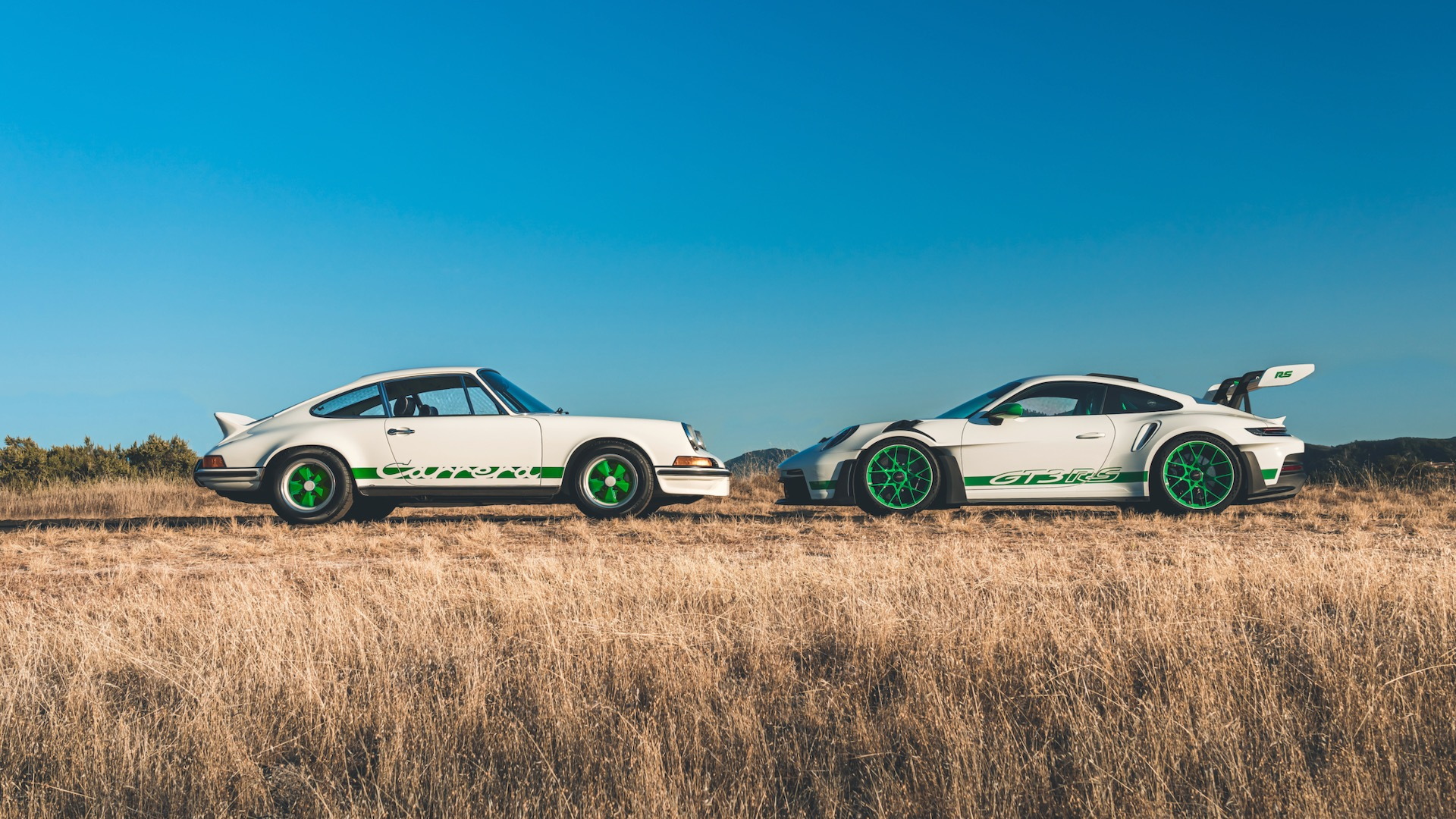 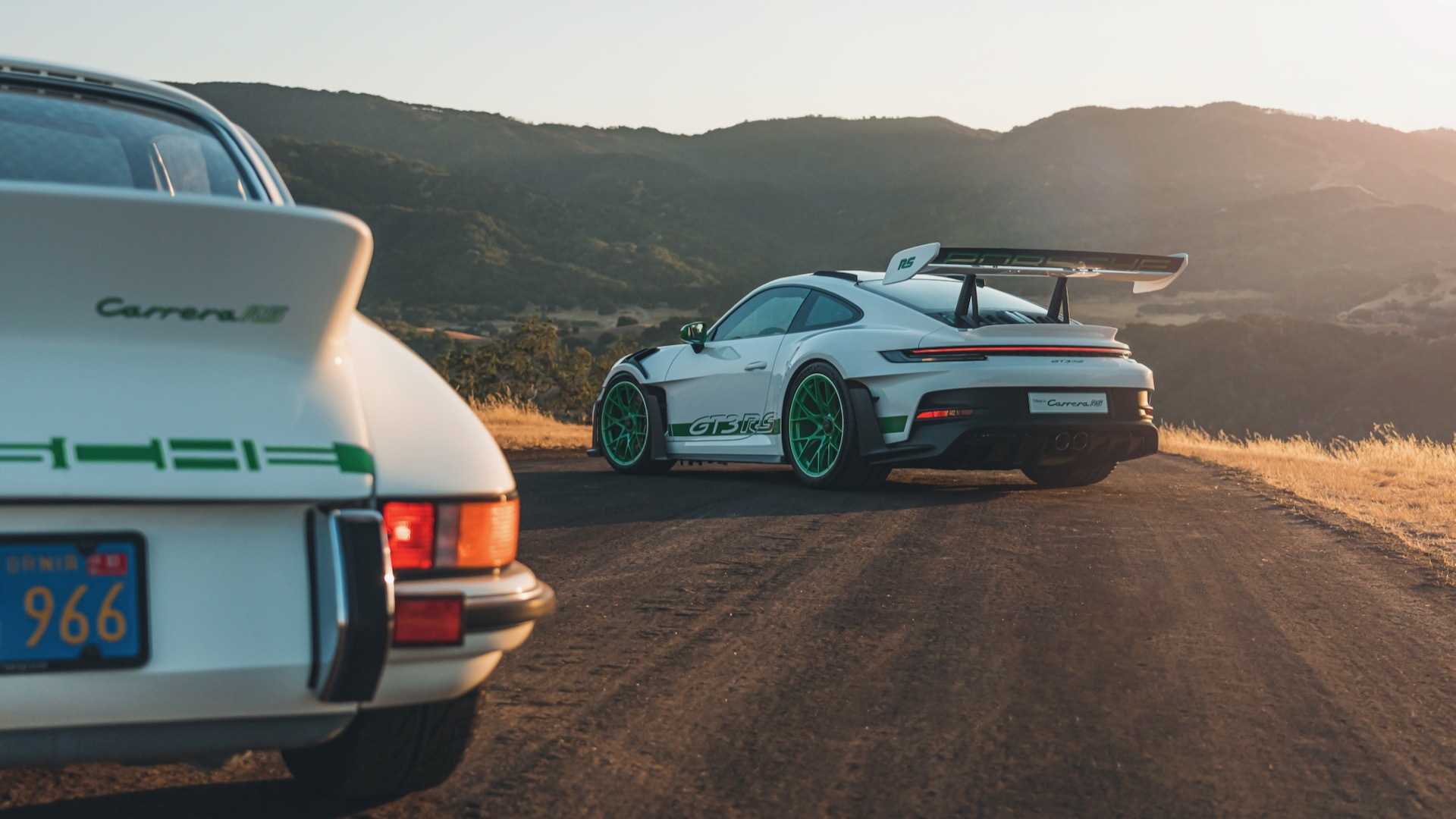 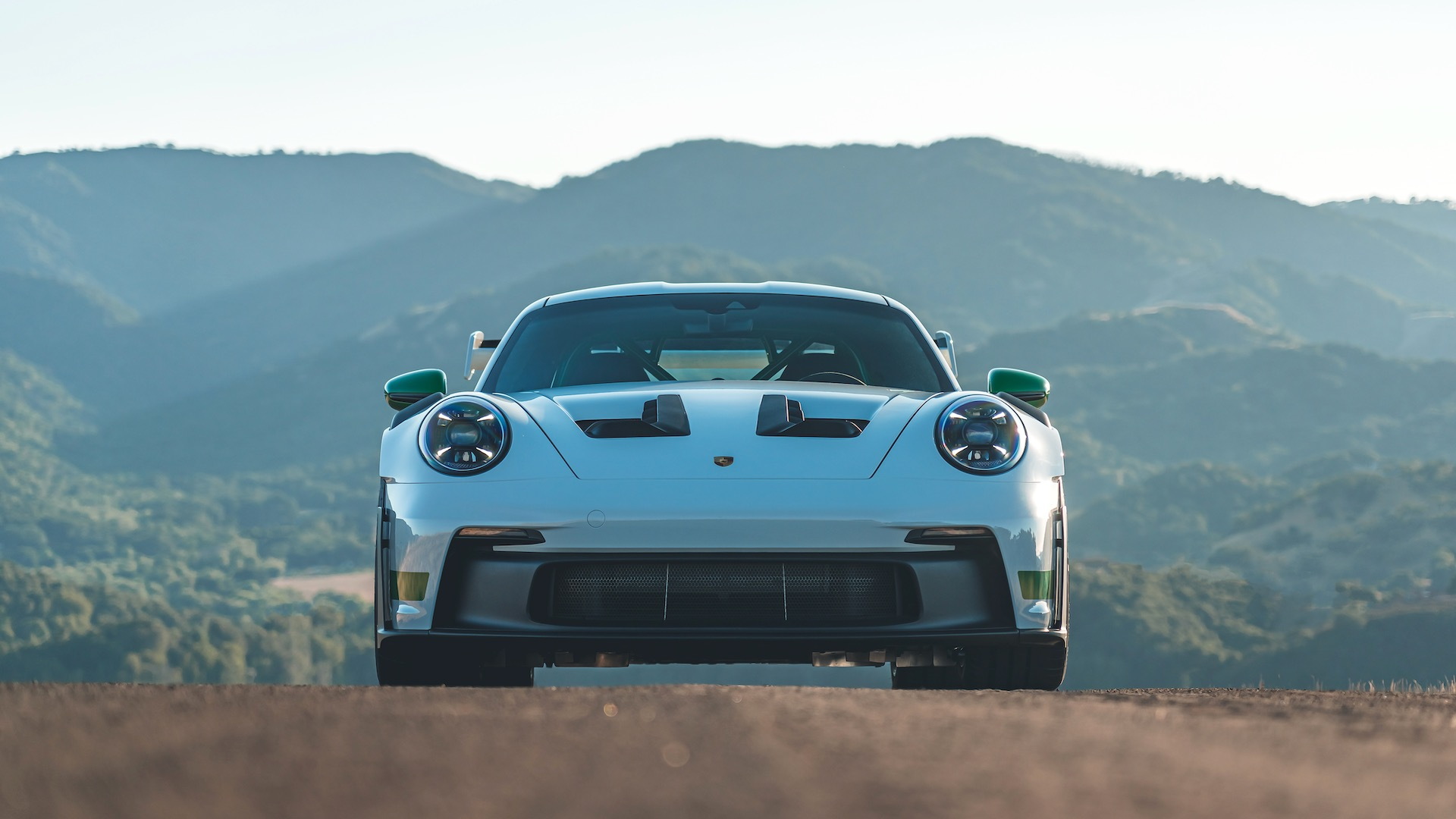 Revealed at The Quail, A Motorsports Gathering, during Monterey Car Week, the customized show car pays tribute to the 1972 Porsche 911 Carrera RS 2.7, and will serve as a template for a U.S.-exclusive Tribute to Carrera RS Package, Porsche said Friday in a press release.

The Carrera RS 2.7 was designed as a racing homologation special, with a more powerful engine, an emphasis on weight reduction, and aerodynamic elements like its signature ducktail spoiler. So it's something of an ancestor to the modern 911 GT3 RS. The new package will honor the 50th anniversary of that car.

The 911 GT3 RS tribute car wears a livery of white and Python Green, referencing one of the color combinations available on the Carrera RS back in the day. The theme continues with Python Green wheels with white pinstripes, custom taillights, and rear-wing side plates painted white with the RS logo in Python Green. Up front, the headlights sport a white pinstripe ring, while the interior gets white contrast stitching and trim panels to match the exterior, as well as a Python Green-painted roll cage.

The 2023 Porsche 911 GT3 RS itself continues to follow the RS template, with more downforce, more power, and less weight than the standard 911 GT3. Motorsports-inspired aerodynamic elements, including a drag reduction system (DRS), help generate 900 lb of downforce at 124 mph and 1,895 lb at 177 mph, Porsche claims. A fettled version of the GT3's 4.0-liter flat-6 produces 518 hp and revs to 9,000 rpm.

Pricing and availability information for the Tribute to Carrera RS Package aren't available yet, as the project is still in its early stages. But we do know that it will be the purview of the Porsche Exclusive Manufaktur personalization division, which is also launching a North America-only 911 Carrera GTS Cabriolet America Edition for the 2023 model year.