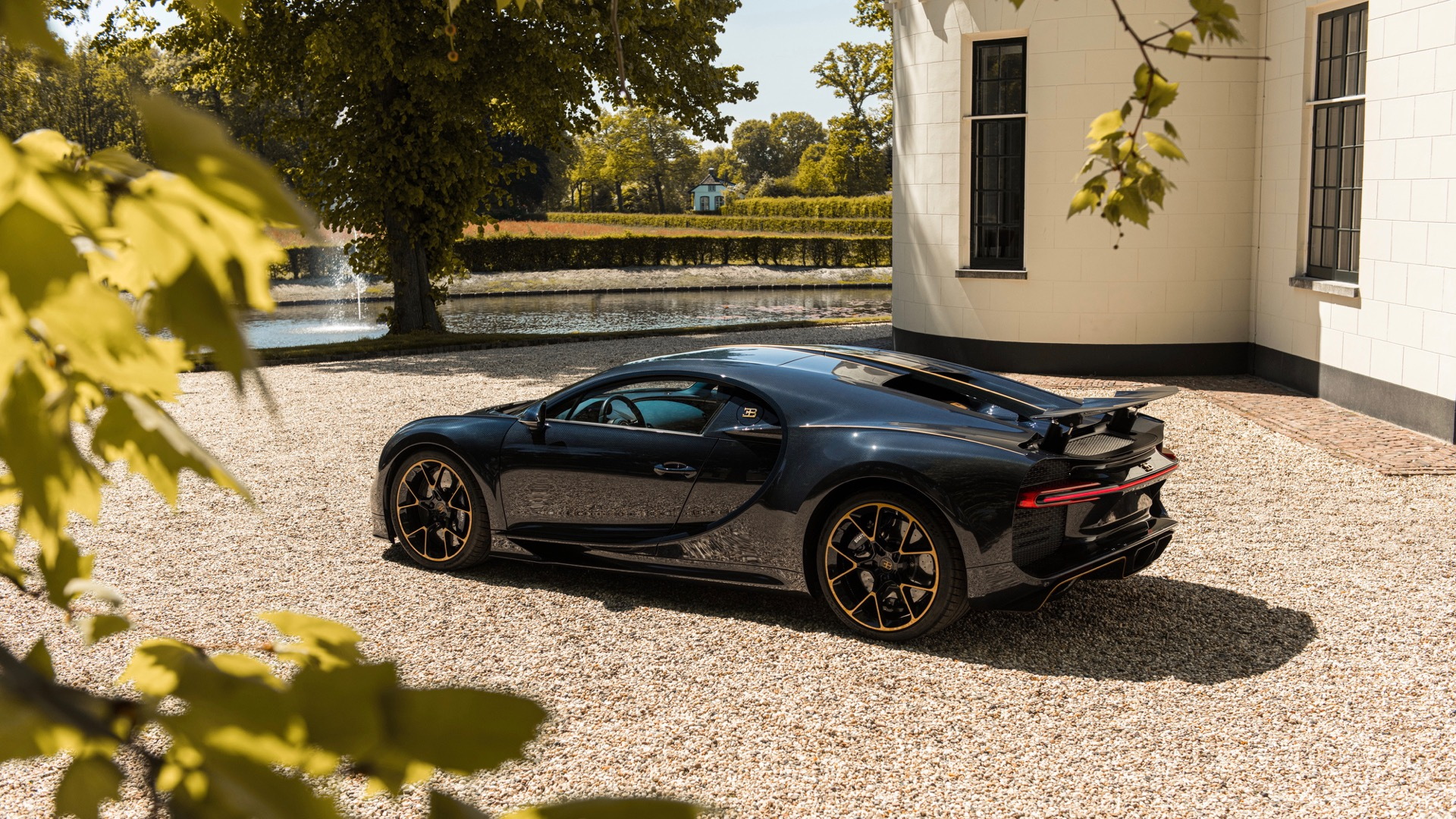 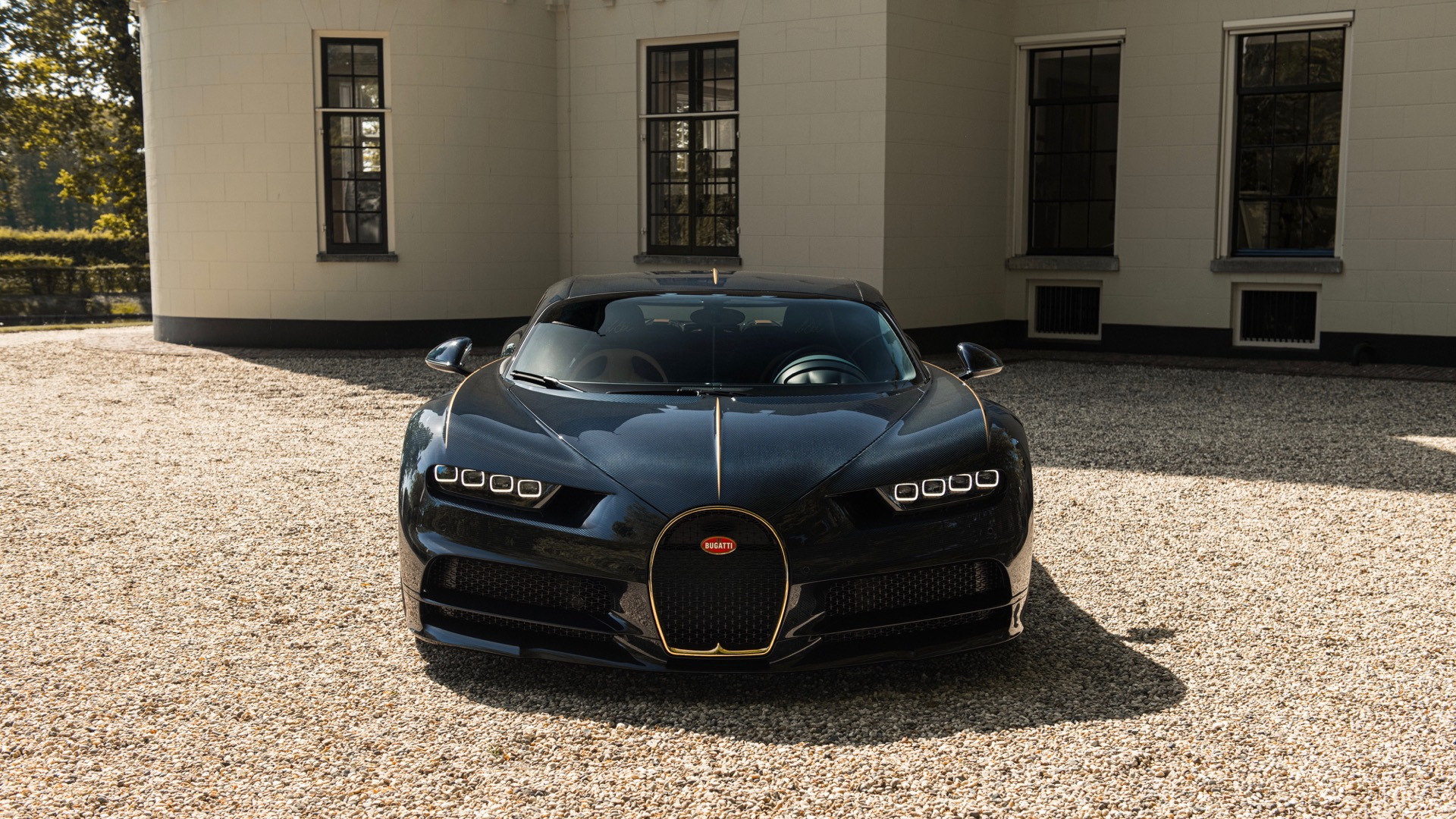 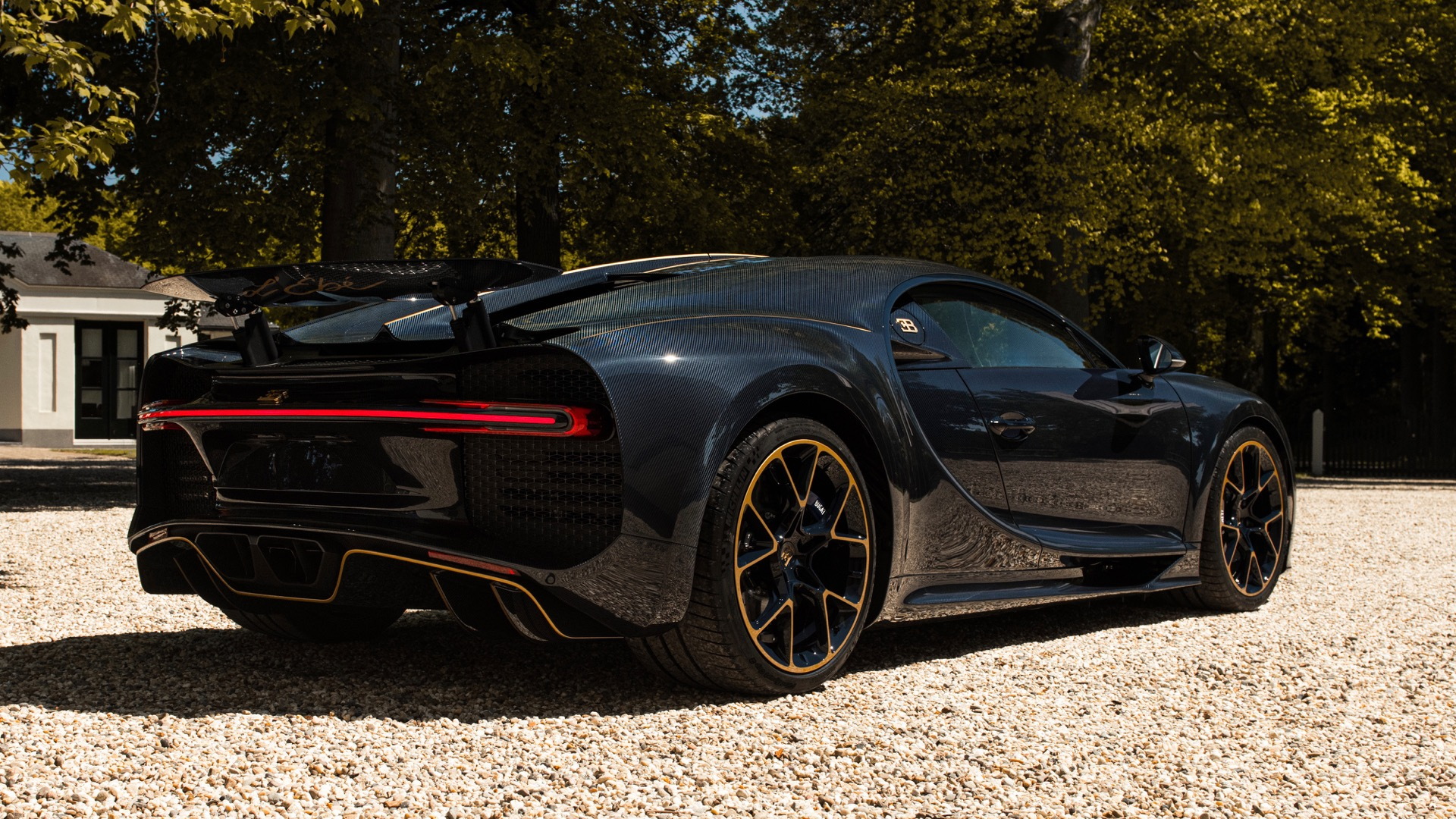 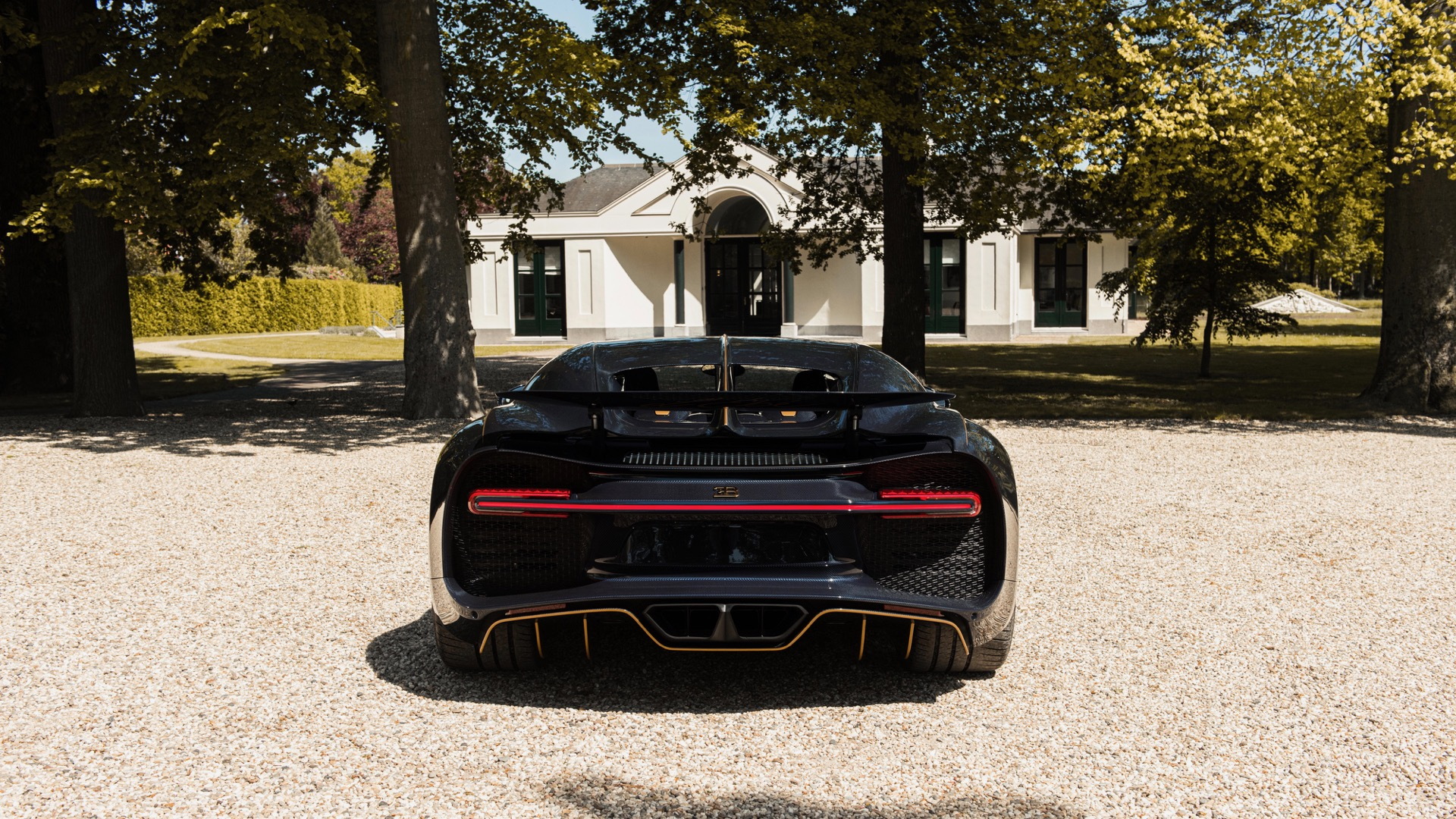 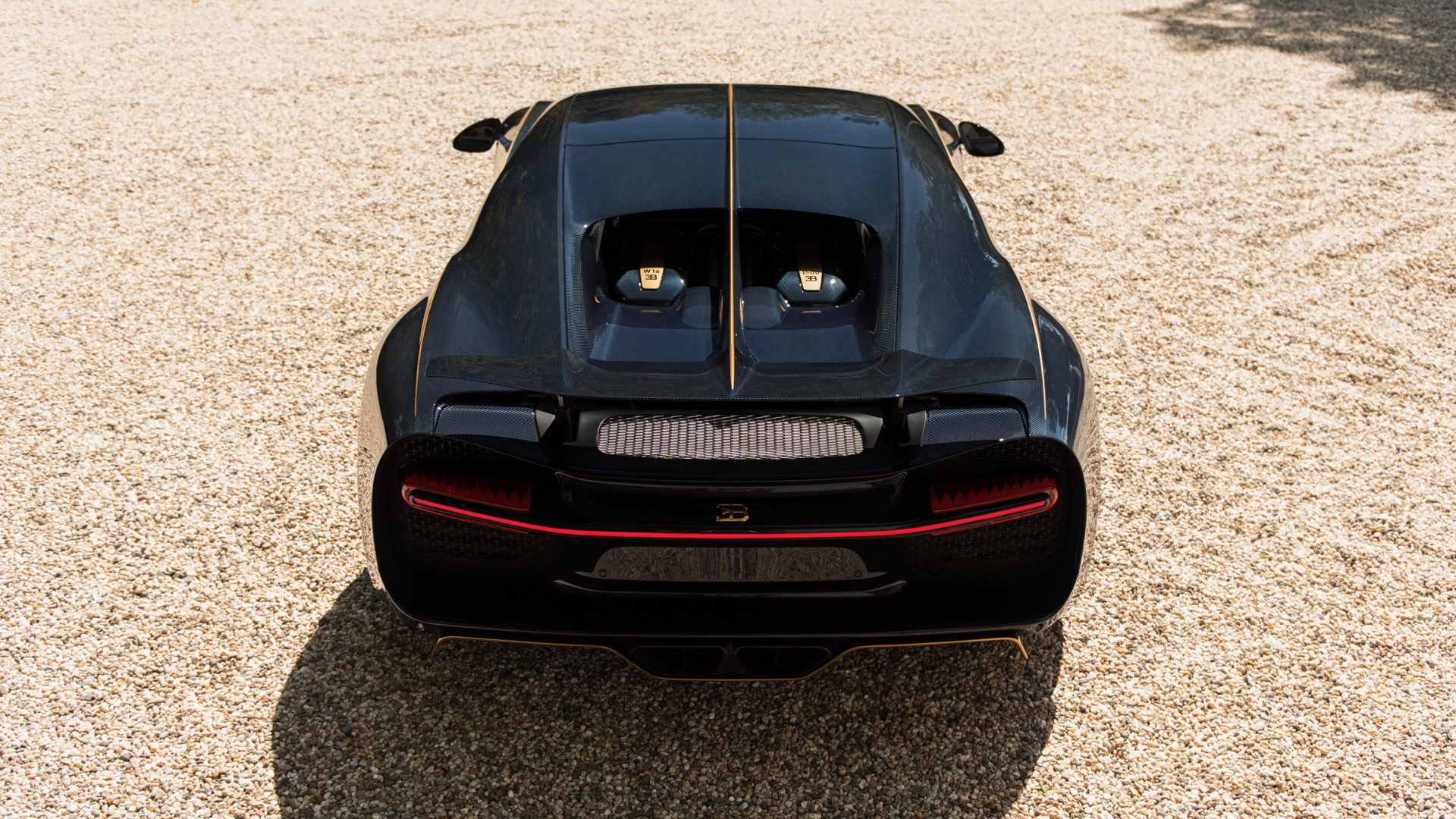 Born in 1903, L'Ébé Bugatti got her name from her father's initials—"EB." He did this so she wouldn't give up the Bugatti name when married, according to a company press release. L'Ébé chronicled her father's life and company in a book, "The Story of Bugatti." 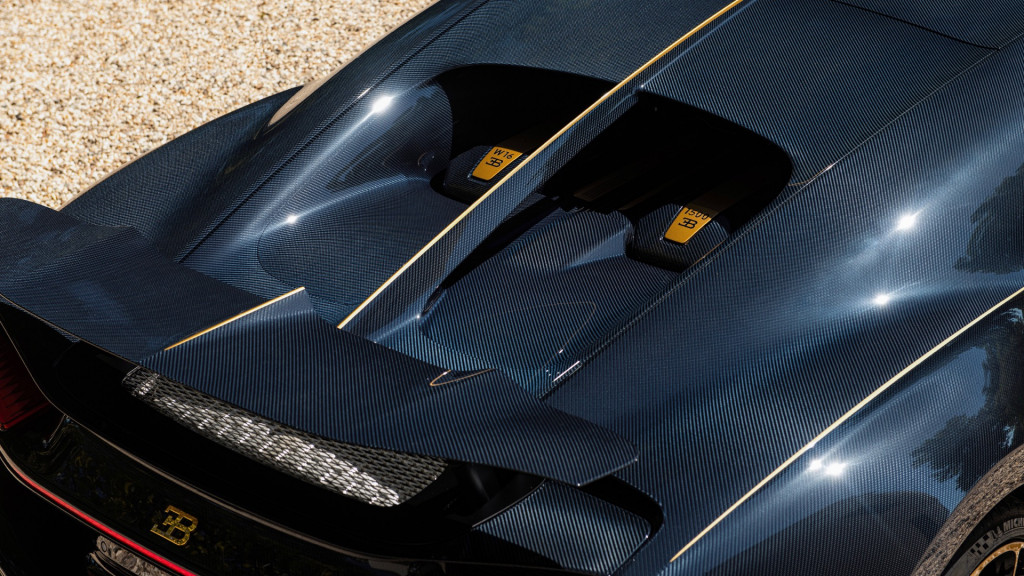 The Chiron and Chiron Sport L'Ébé get exposed blue-tinted carbon-fiber bodywork with gold accenting. The latter highlights character lines echoing the Bugatti Type 57 G Tank that won the 24 Hours of Le Mans in 1937, according to Bugatti. The grille, badges, wheels, and parts of the engine cover sport gold trim as well, and L'Ébé's signature is placed throughout the car—including the underside of the rear wing.

The interior features more blue-tinted carbon fiber, along with images of Bugatti's past cars on the door panels. The color combination—Silk leather with Lake Blue highlights—is also reversed between the driver and passenger sides. 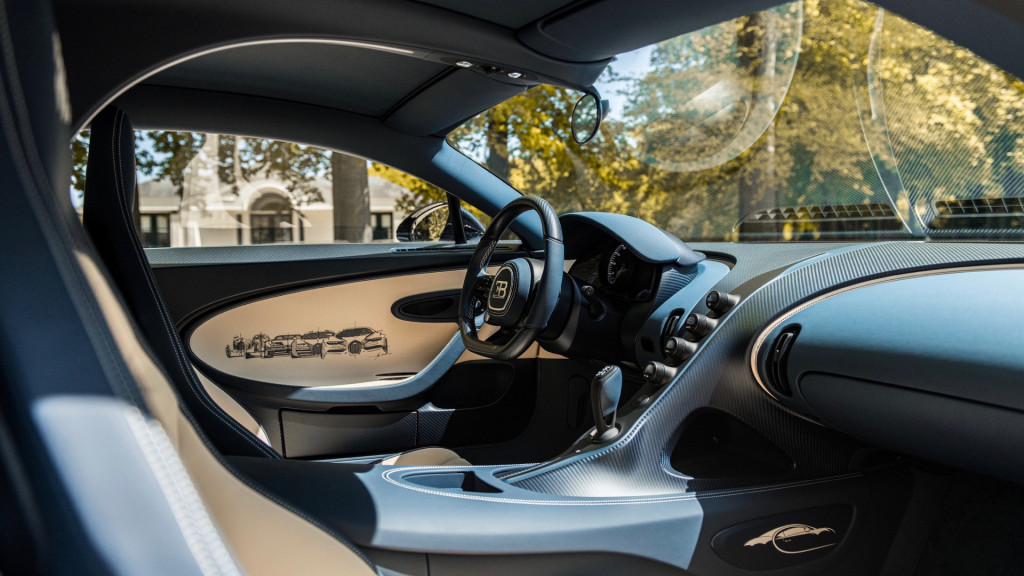 As a refresher, the standard Chiron boasts Bugatti's 8.0-liter quad-turbocharged W-16, producing 1,480 hp and 1,180 lb-ft of torque. The Chiron Sport has the same output, but more extensive use of carbon fiber—including for the windshield wiper—that shaves 40 pounds off its curb weight.

Bugatti has already delivered a Chiron L'Ébé and Chiron Sport L'Ébé, with a third car expected to be delivered by the end of the month. These three cars will be the final Chirons delivered in Europe. Bugatti confirmed in January that the Chiron had sold out, but production of other variants mean the final cars won't be delivered for some time. The final 40 cars will be Pur Sport and Super Sport models, and the Chiron's W-16 will also be used in the Bolide track car.