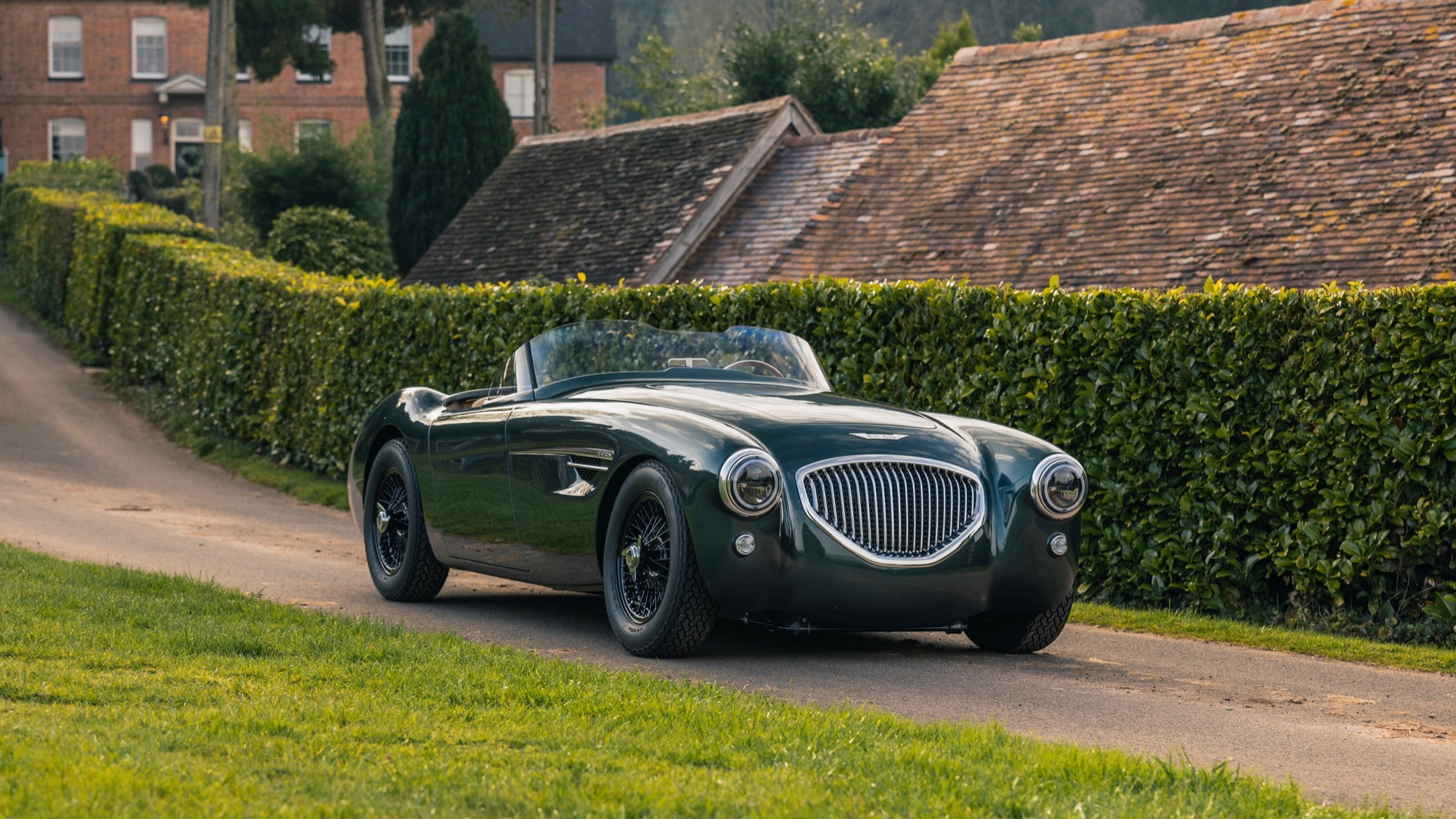 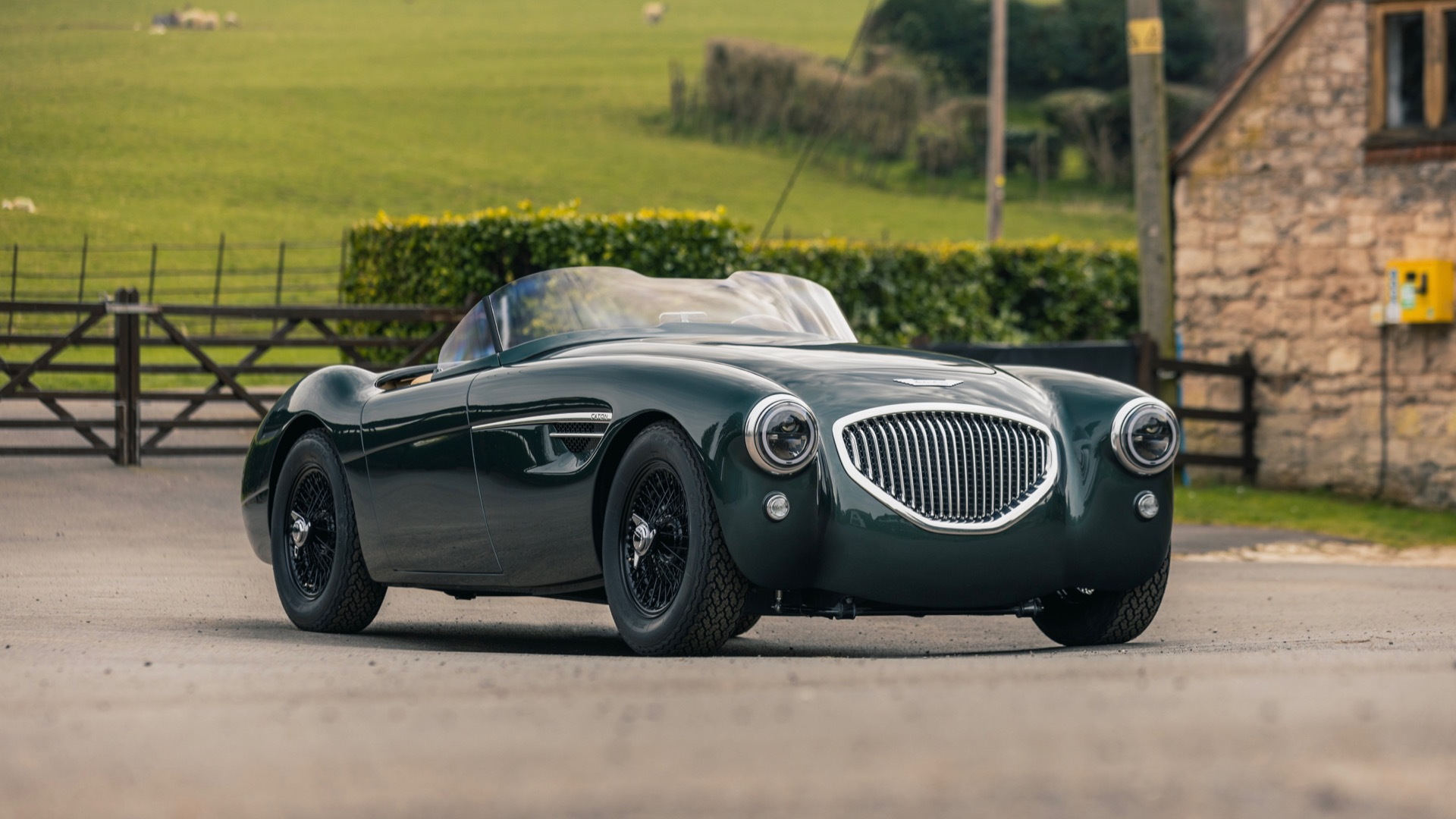 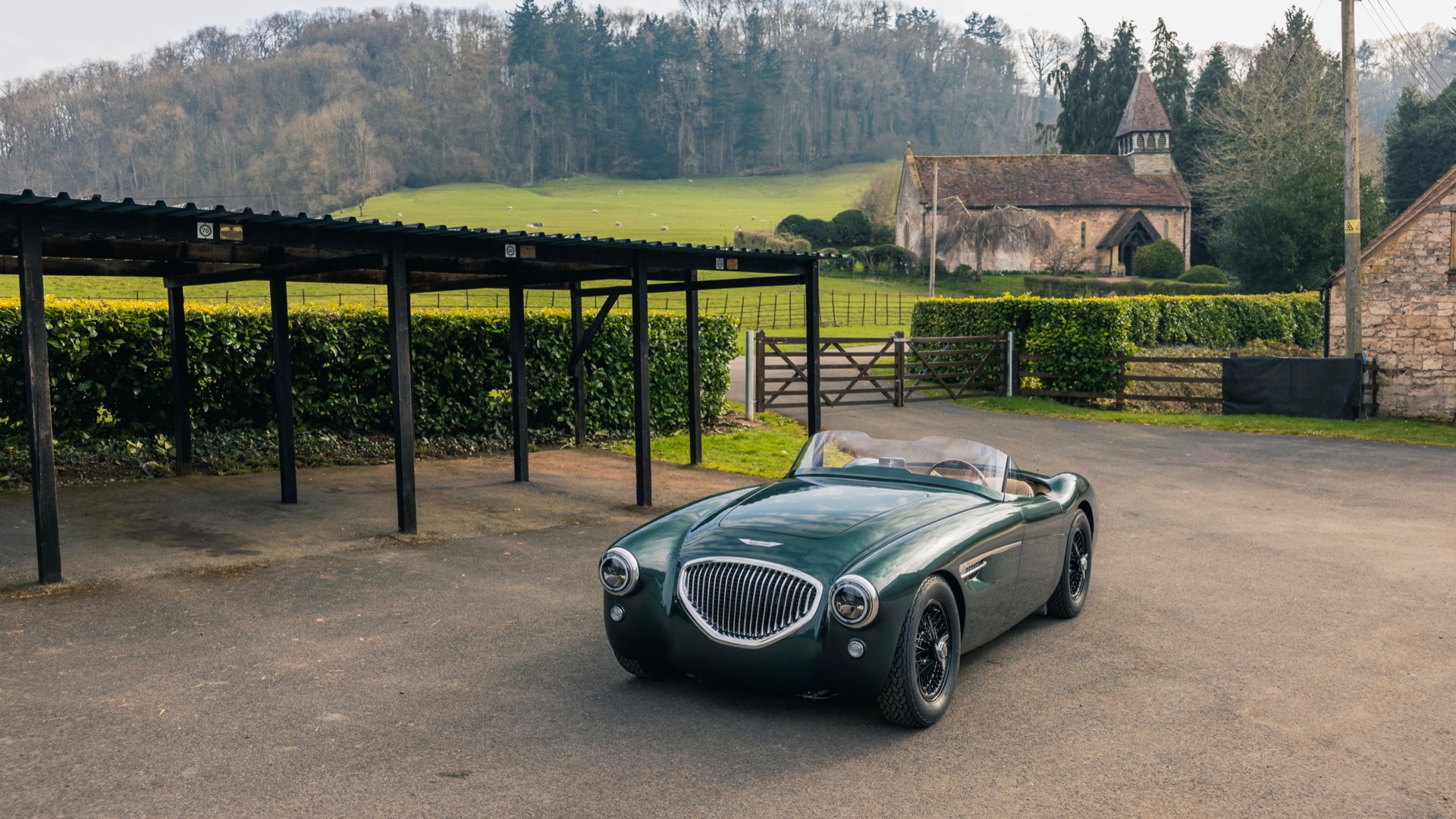 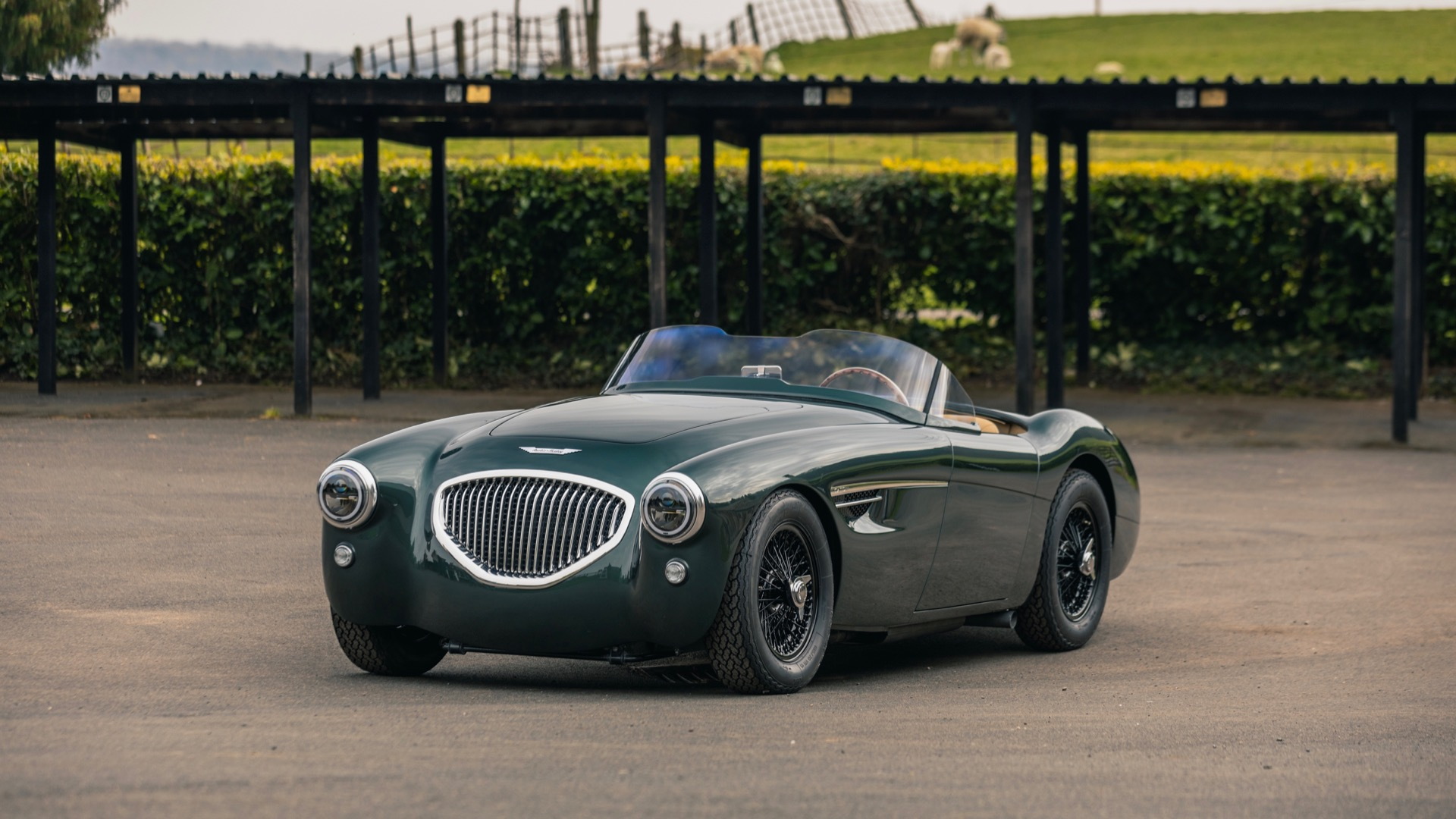 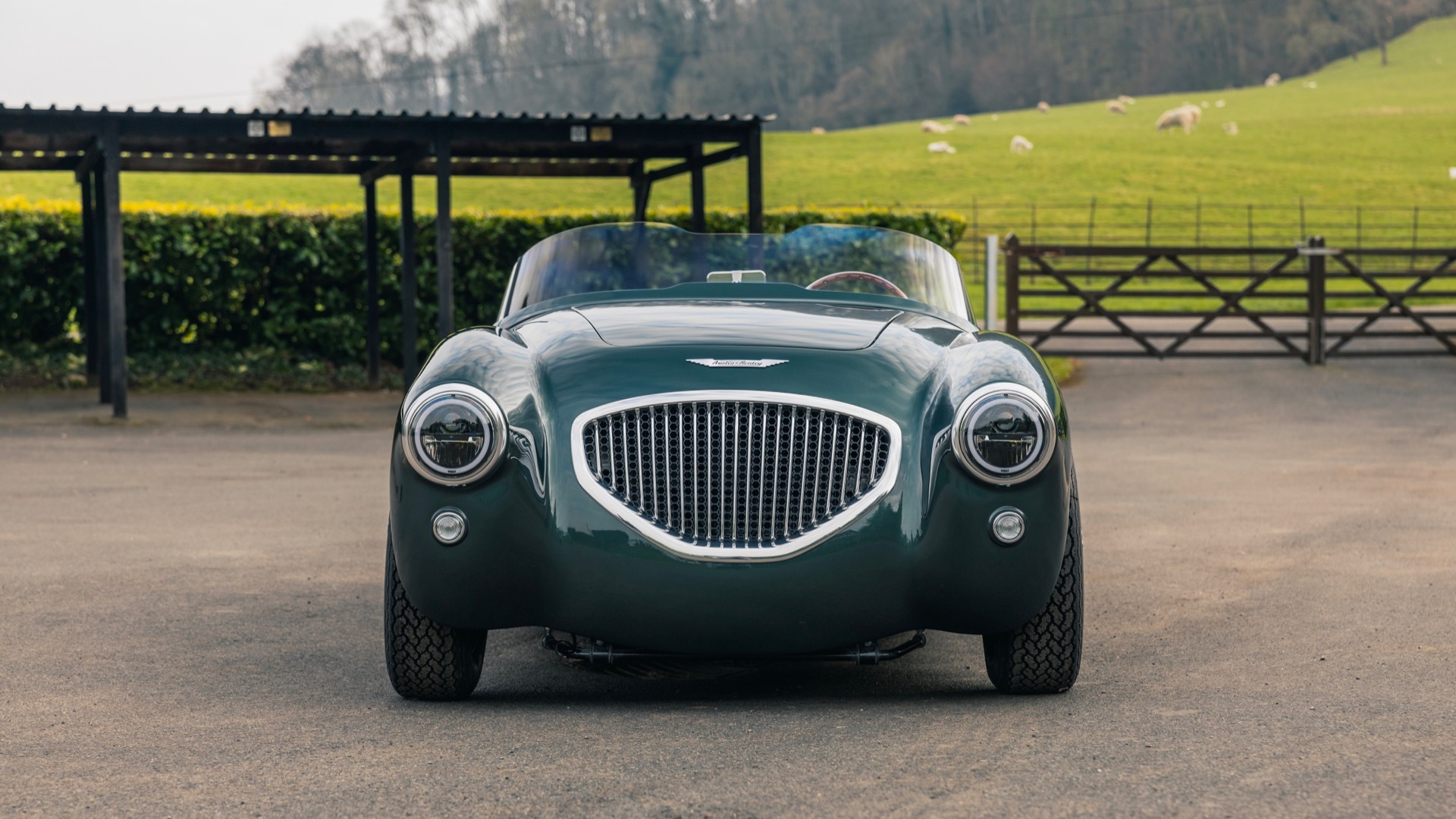 U.K.-based Caton is launching an Austin-Healey 100 restomod, with a planned run of just 25 cars.

The Healey by Caton follows the well-trod path of other restomods, adding modern features to a classic car without altering the styling that made it an icon in the first place. The Healey restomod features a redesigned grille, deleted front bumpers, and a new front valance for a cleaner look. But it's still recognizable as a Healey.

The car also features redesigned aluminum front fenders with large integrated vents, and smoothed-out bodywork that eliminates factory seams. In a press release, Caton said fabrication is done with a combination of modern and old-school methods. Some parts are formed by hand on an English Wheel, others on a CNC machine. Each car also spends two weeks in the paint shop.

Caton chose to base its restomod on the early BN1 4-cylinder Healey 100/4 because it's more readily upgradable than the later inline-6 versions, according to the company. The 2.5-liter inline-4 is based on the original engine, but features a lightened block, a ported head, high-compression pistons, larger carburetors, and a more aggressive camshaft. The result is 185 hp—a bit more than double the stock 90-hp output—and 195 lb-ft of torque.

Caton replaces the stock 3-speed manual transmission with a modern 5-speed manual. It also ditches the somewhat awkward elongated shifter found in original cars for a more conventional setup. And while a stock Healey 100 is a tight squeeze for tall drivers, a new pedal box and restyled rear bodywork also allow 6-footers to get behind the wheel comfortably, Caton claims.

In the spirit of no-frills British sports cars, the Healey by Caton lacks a roof, tonneau cover, and heater. Caton also decided not to fit a modern audio system, although it does stick a couple of USB ports in the dashboard for device charging. The door panels are also modified to hold water bottles.

Caton plans to follow up the Healey with other projects, and not just cars. According to the company's website, jewelry, timepieces, and other luxury items are possibilities as well. With the market already crowded with exquisite restomods, it's probably a good idea to have a backup plan.