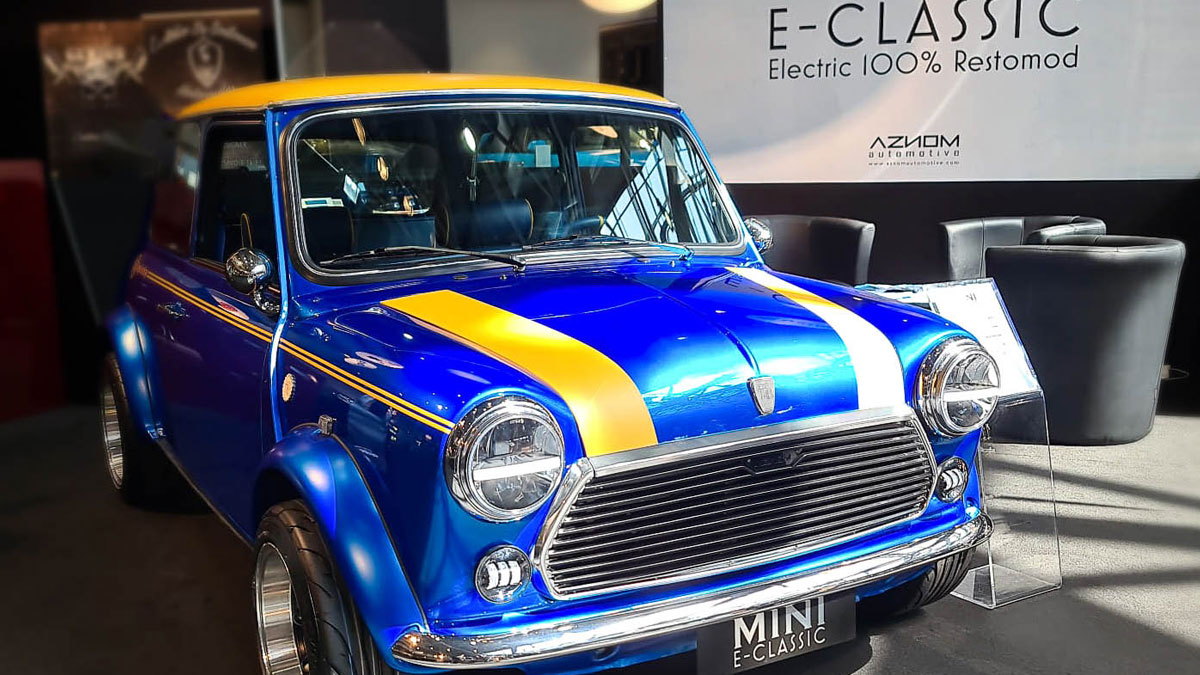 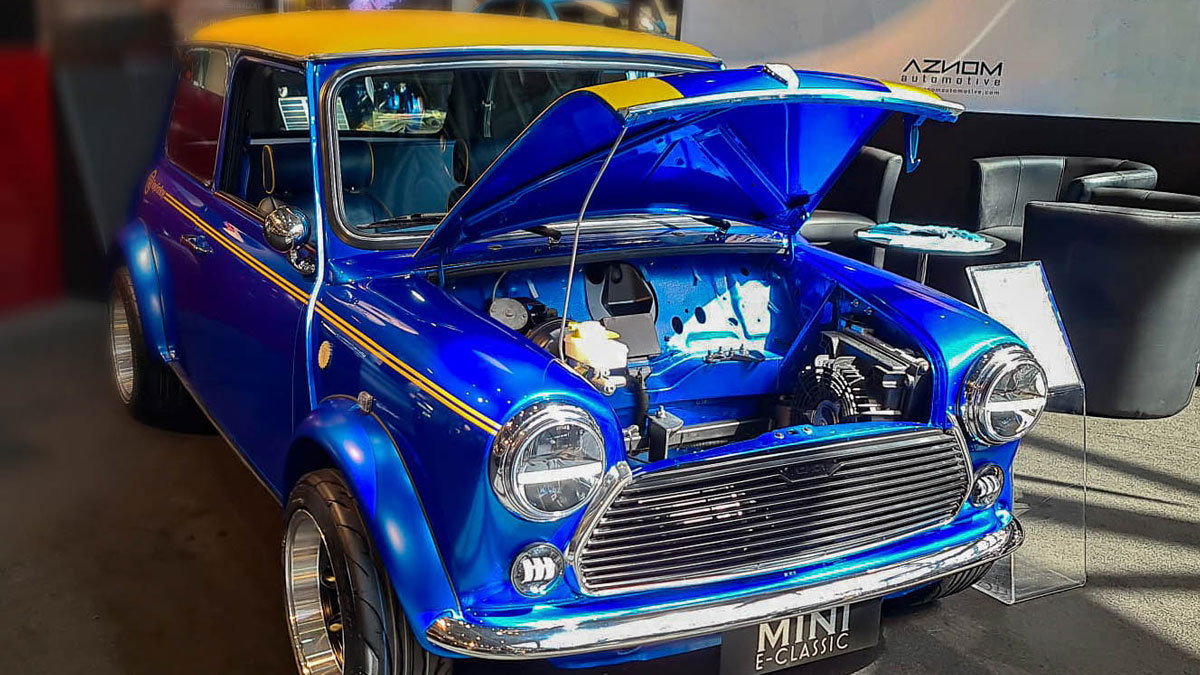 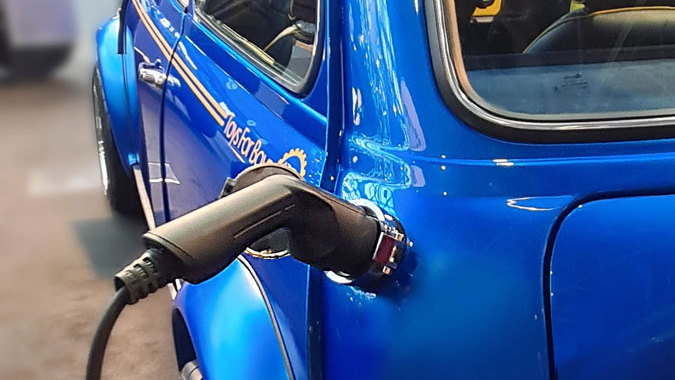 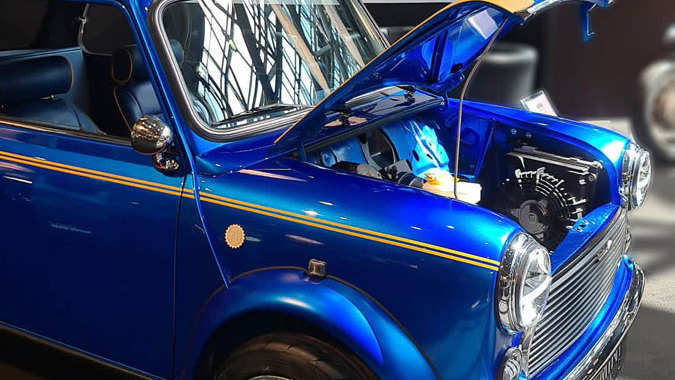 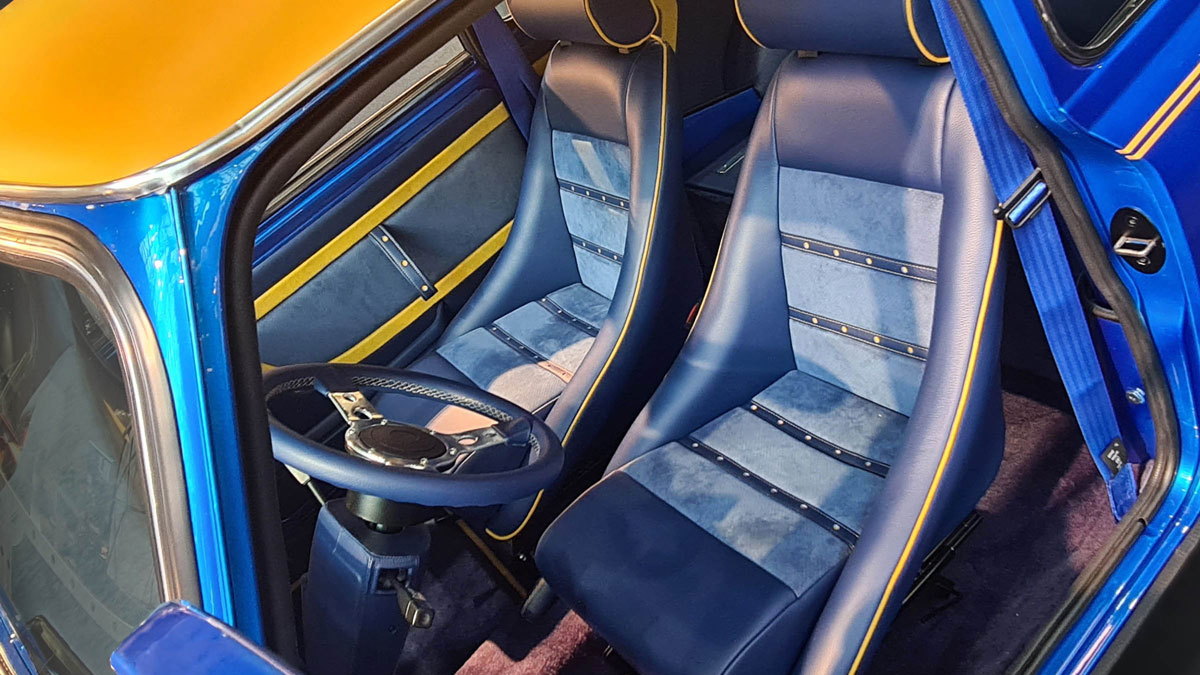 Italian vehicle customizer Aznom previously launched the Ram 1500-based Palladium luxury sedan, but now it's trying something a little greener.

The company unveiled an electric Mini restomod called the Mini E-Classic at the 2022 Top Marques Monaco show this past weekend. The first customer example will roll out of Aznom's shop this summer, with "full production" scheduled to start in September, Aznom said in a press release.

The conversion includes a 14-kwh battery pack Aznom says will provide up to 87 miles of range. For reference, the modern Mini Cooper SE gets 110 miles of range from a 32.6-kwh pack. Three driving modes—Eco, Normal, and Sport—are available. LED lighting and an upgraded interior with digital instrumentation and leather upholstery are part of the package as well.

In addition to this hardtop, Aznom said it's planning a second version dubbed the Cote d'Azur with what the company described as a "British open" roof. That sounds like the large fabric sunroofs that were fitted to some classic Minis, not a golf tournament.

Aznom said its electric conversion is compatible with Mini models from 1982 on, but also said the hardware will be adapted for other vintage cars in the future.

Aznom isn't the only company offering electric conversions of classic Minis. Swindon Powertrain announced its own electric conversion kit in 2020, and Mini itself announced a conversion program earlier this year, to be handled at the Mini factory in the United Kingdom. Mini also plans to go all-electric around the end of the decade, with tentative plans to launch its final combustion-engine car in 2025.