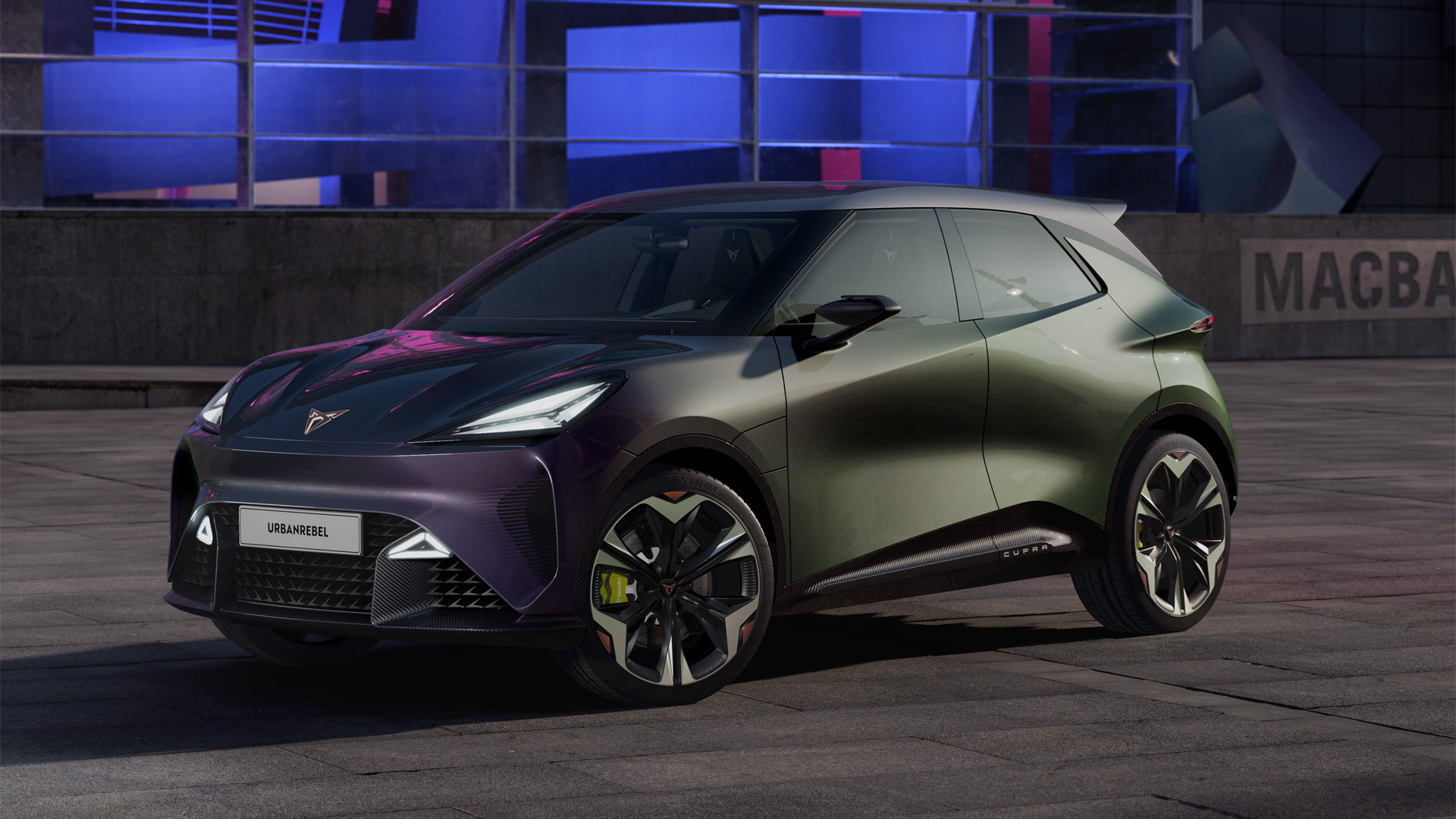 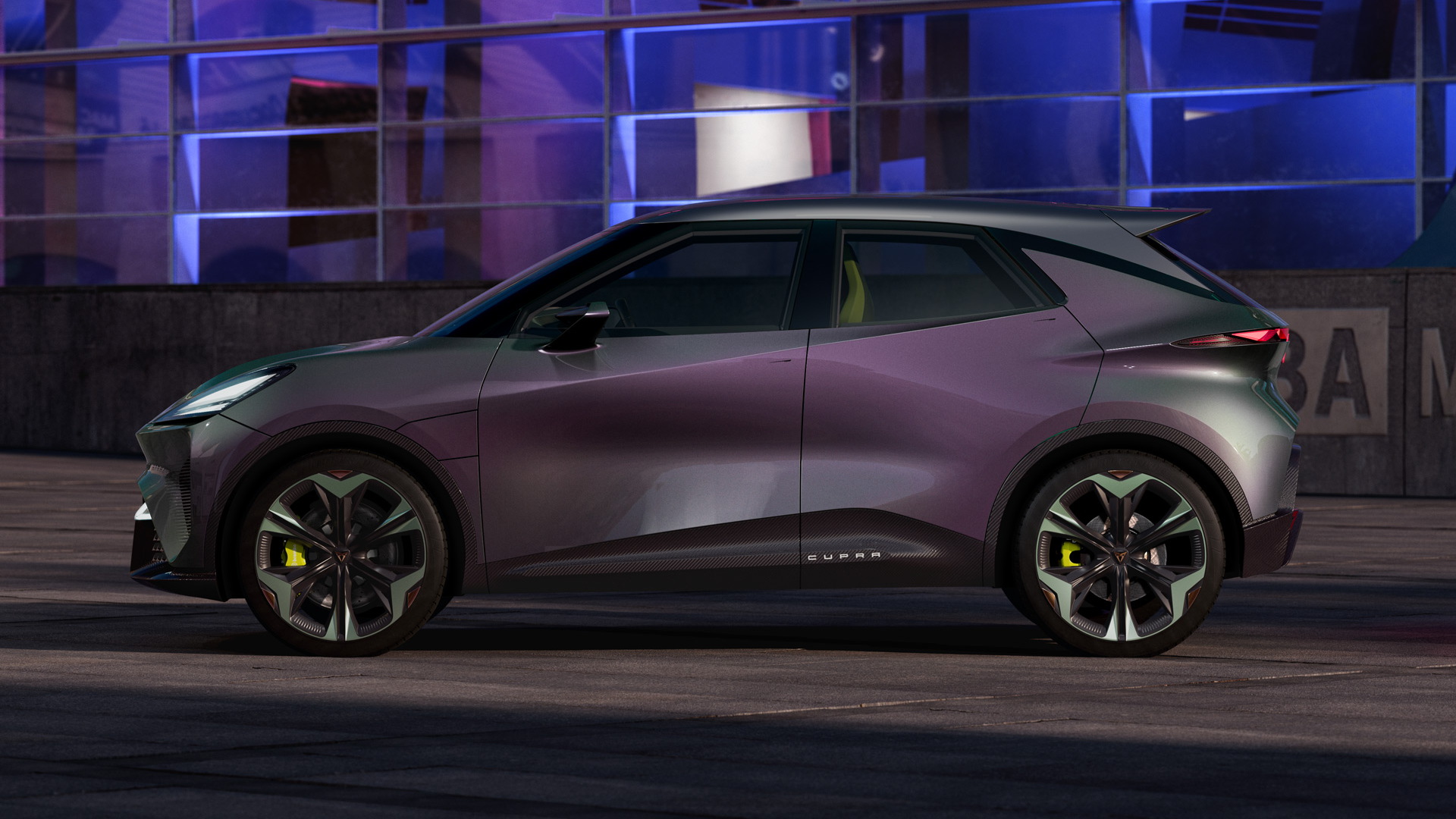 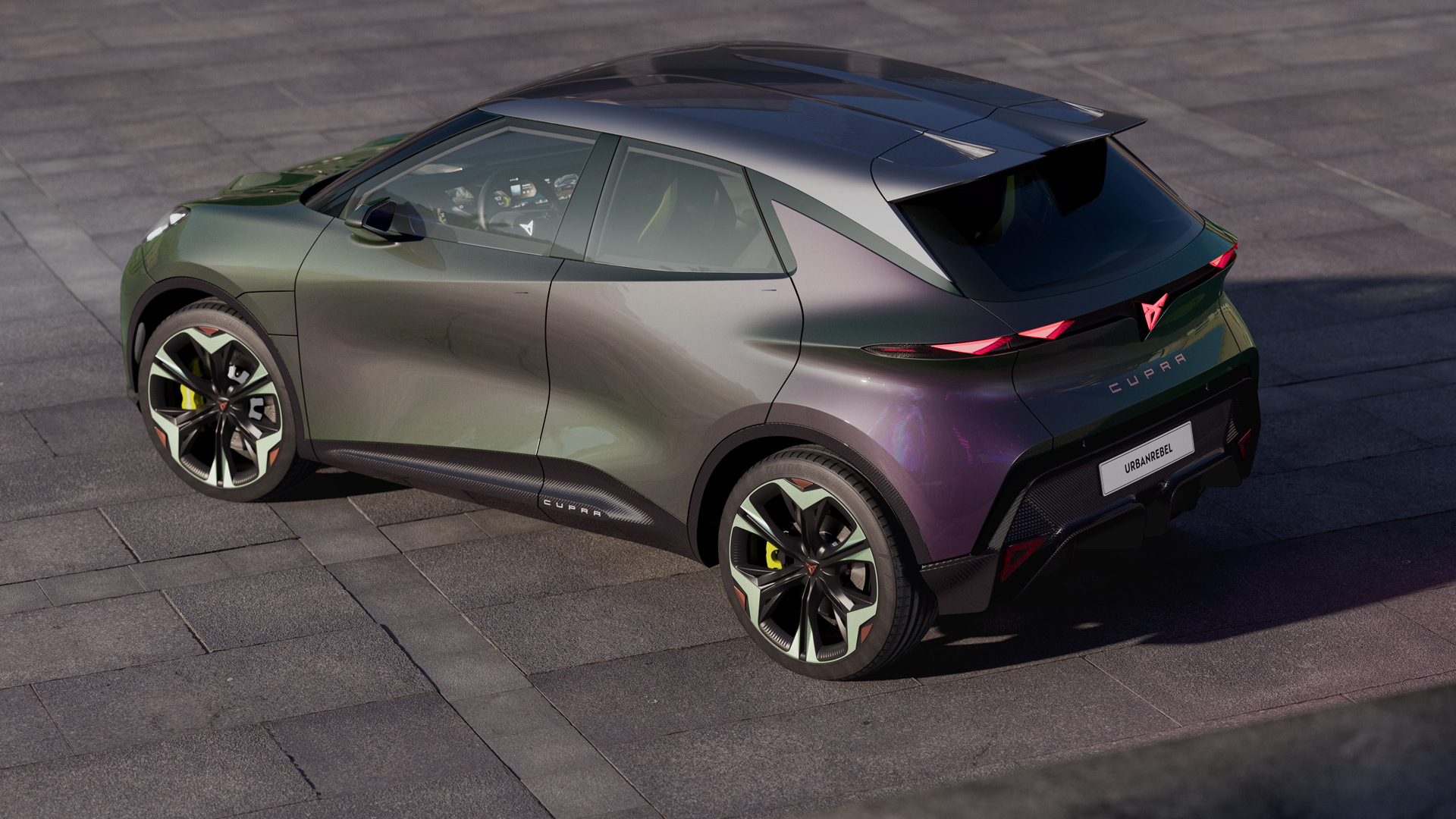 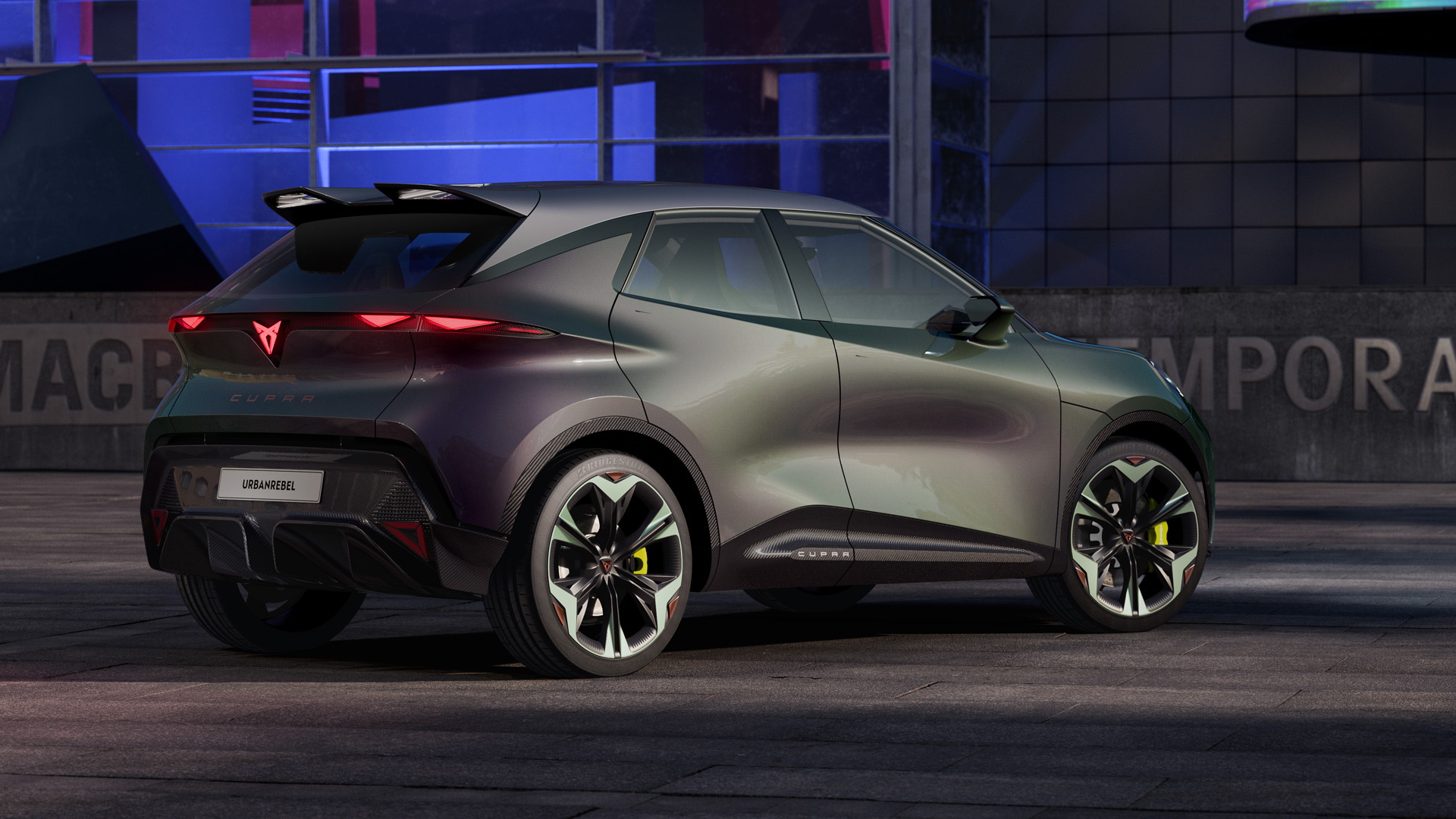 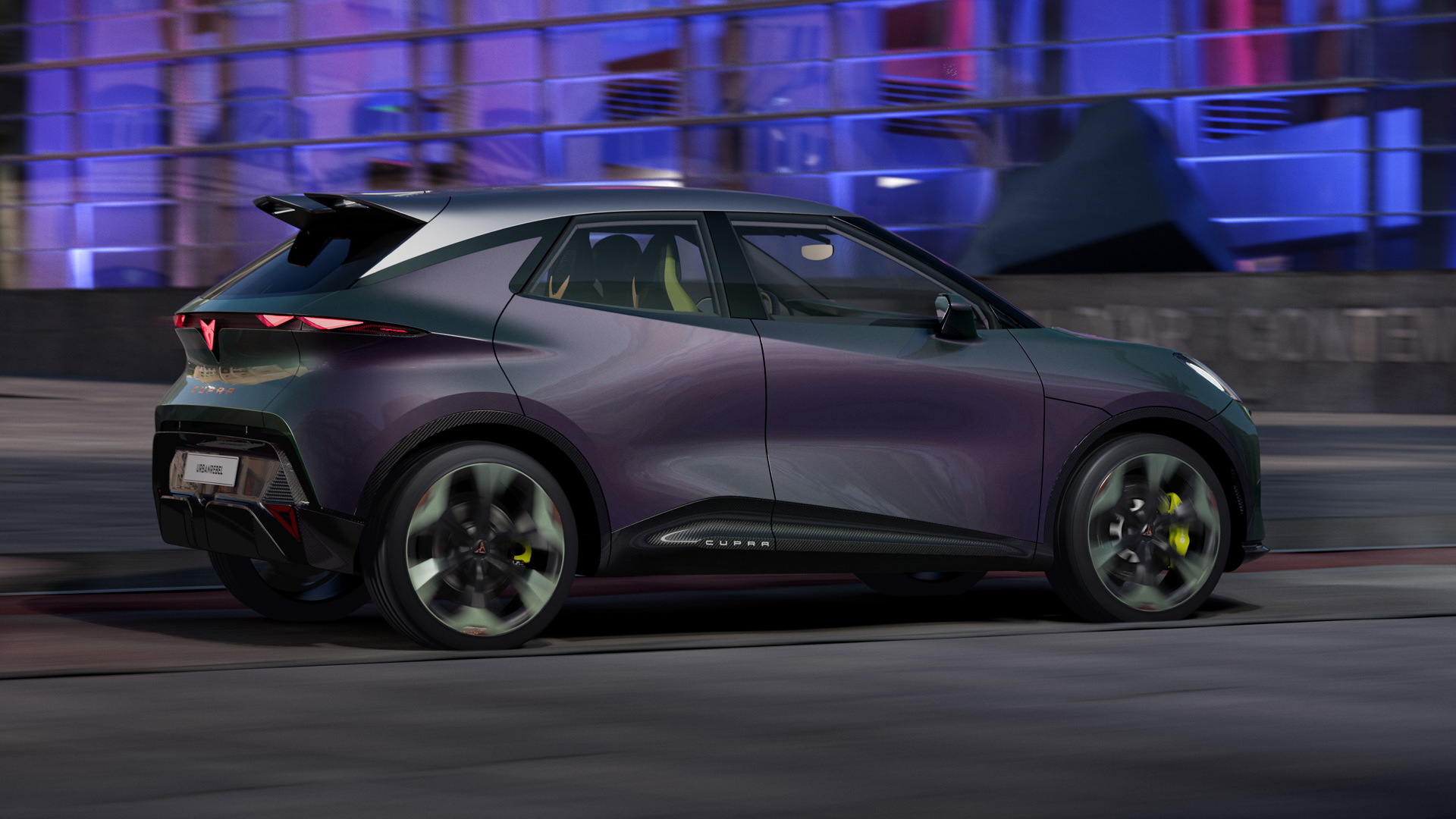 Volkswagen Group in May announced a major investment in its Spanish operations to prepare for production of a family of subcompact electric vehicles due around 2025. And as part of the announcement, the automaker teased one of the vehicles for each of its Volkswagen, Skoda and SEAT brands.

On Tuesday, we got a preview of an additional subcompact EV to be built in Spain, this time for VW Group's Cupra brand, in the form of the UrbanRebel concept. The concept was actually first teased in 2021 as a race car, but the version unveiled on Tuesday is much closer to the production model due mid-decade.

Each member of the new subcompact EV family will be a crossover based on VW Group's MEB Small platform, an entry-level version of the MEB dedicated EV platform which underpins VW's ID.3 compact hatch and ID.4 small crossover and in stretched form is found in VW's upcoming ID.Buzz minivan. The MEB is also found in the Audi Q4 E-Tron.

The UrbanRebel measures just 158.6 inches in length and is powered by a single electric motor at the front axle. The motor generates a peak 223 hp and can scoot the UrbanRebel to 62 mph from rest in 6.9 seconds. The biggest battery planned for the vehicle, thought to be a 57-kilowatt-hour unit, is claimed to be capable of delivering over 200 miles of range.

“The UrbanRebel is more than just a car to Cupra,” Wayne Griffiths, Cupra's CEO, said in a statement. “This is the model that will democratize urban electric mobility.”

Alongside the UrbanRebel, Cupra also previewed two upcoming vehicles. One was the Tavascan small electric crossover and the other was the Terramar small plug-in hybrid crossover.

As Cupra doesn't operate in the U.S., don't expect any of the vehicles to be offered locally.