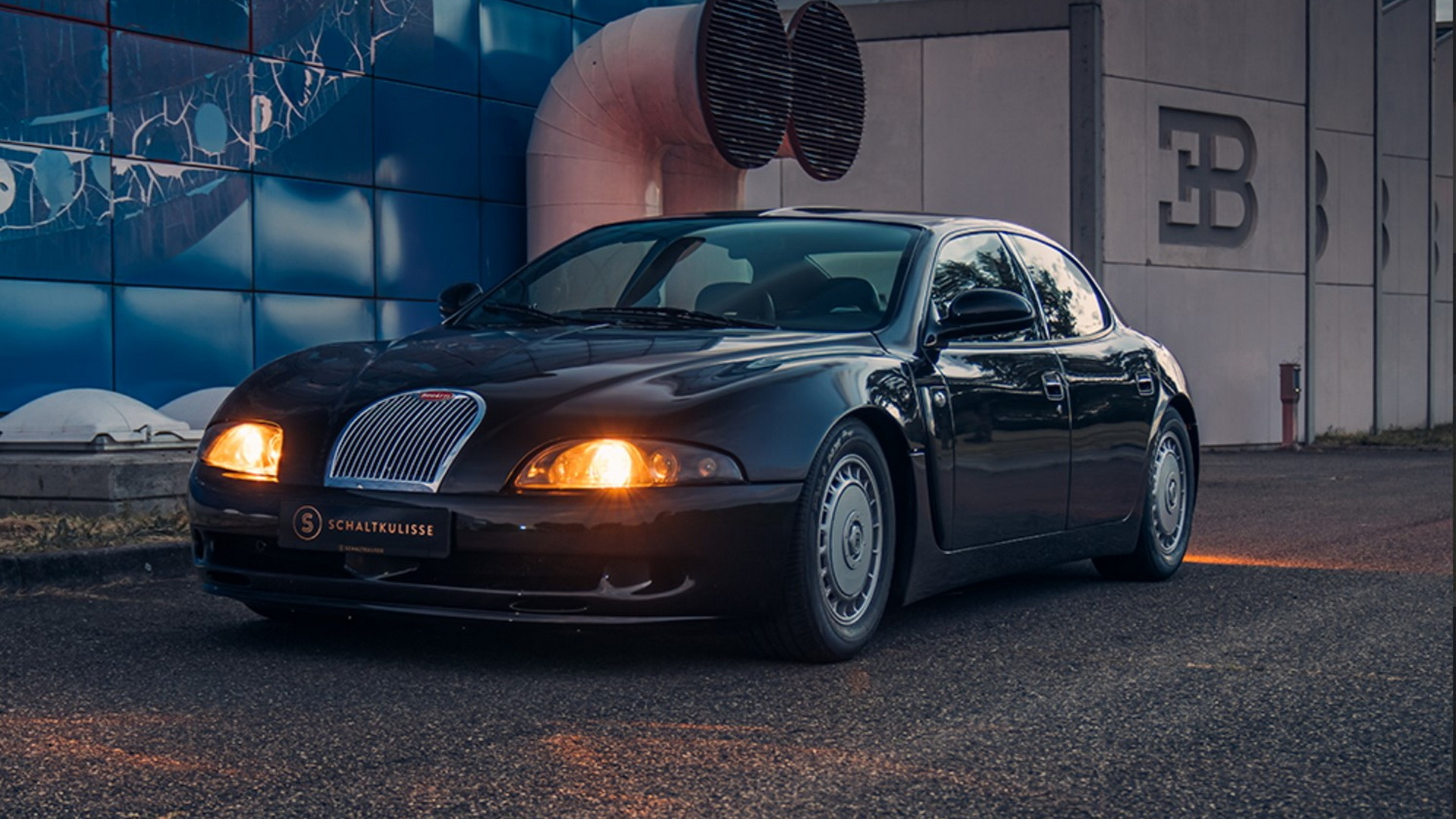 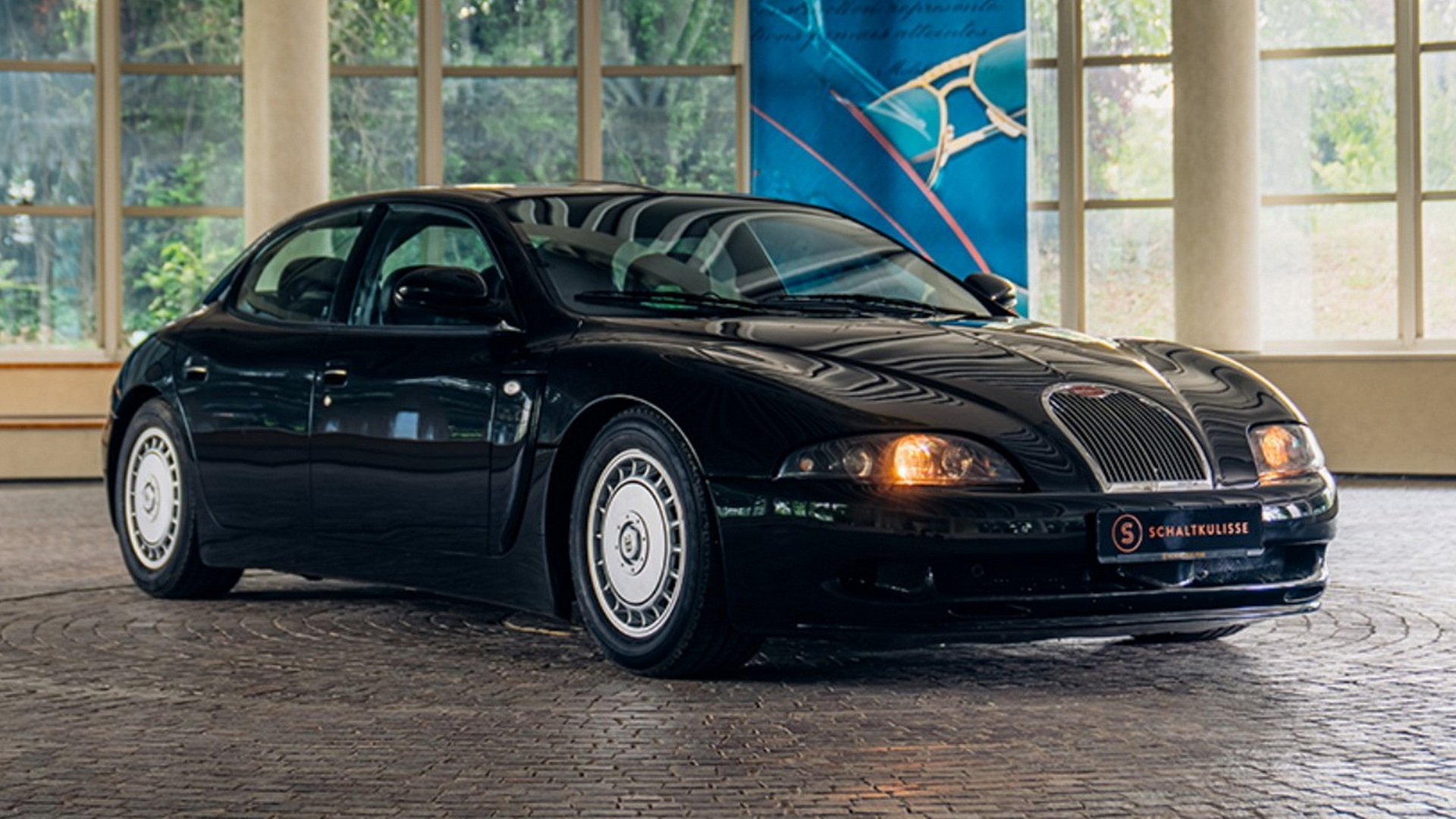 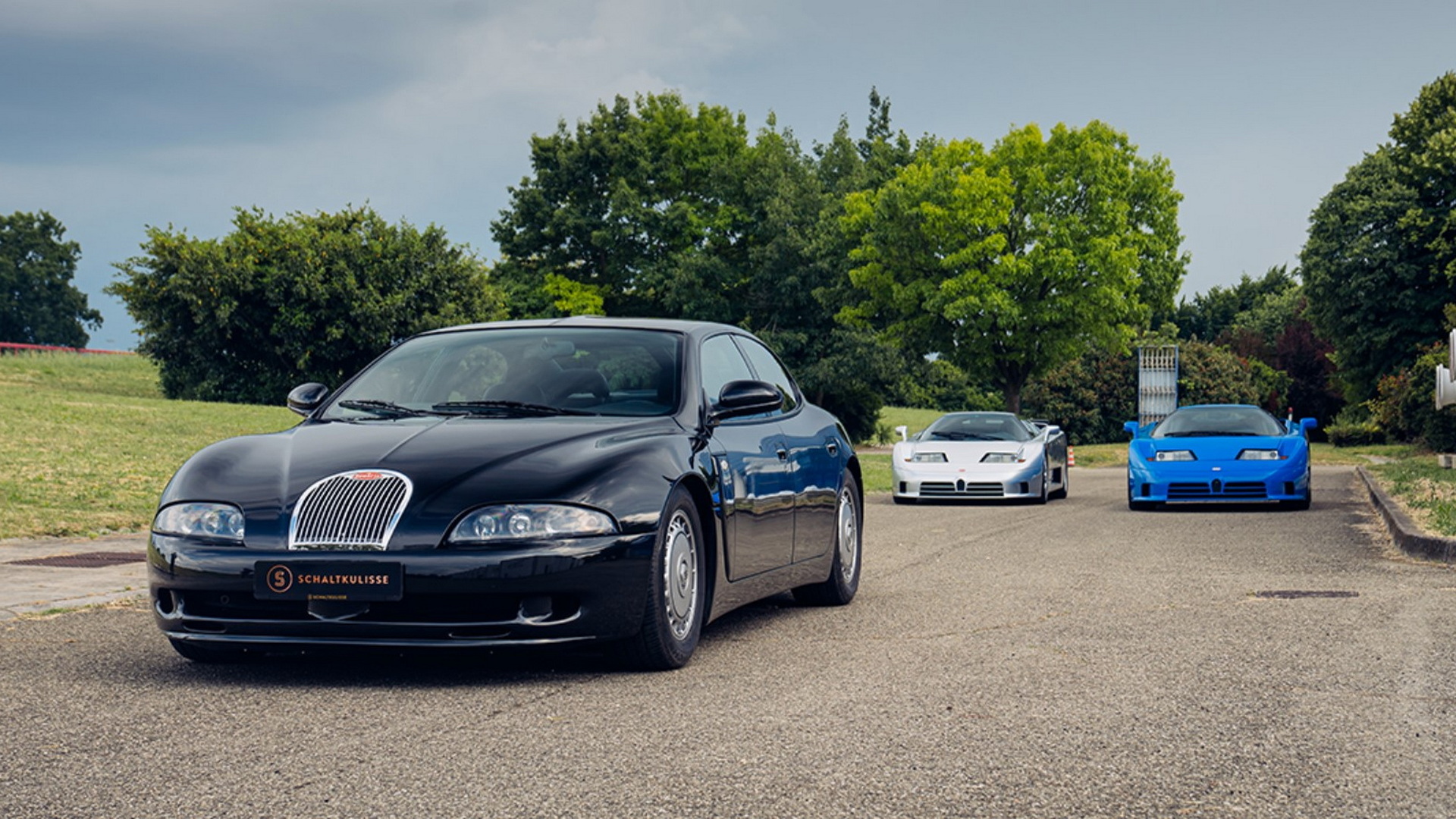 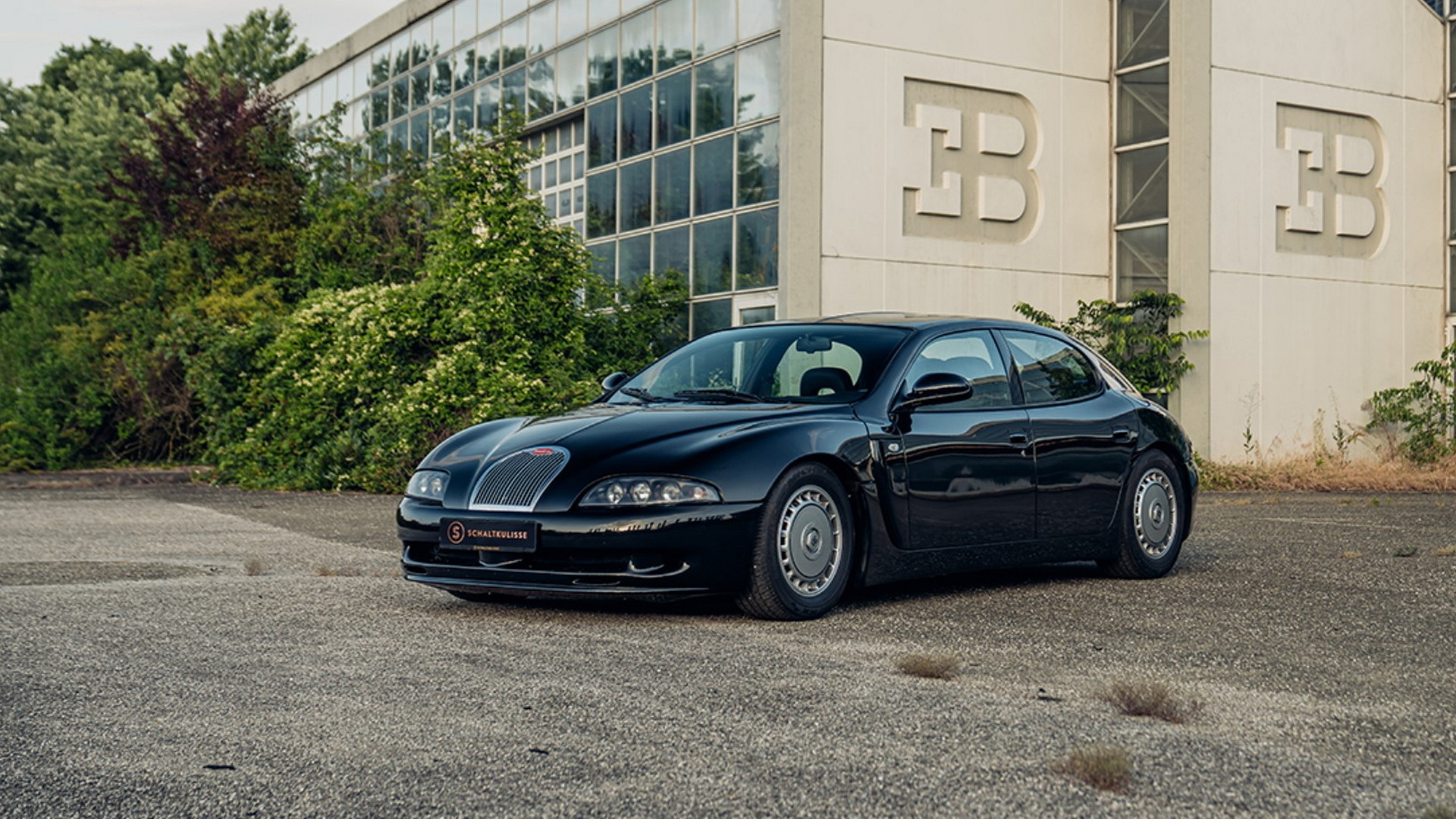 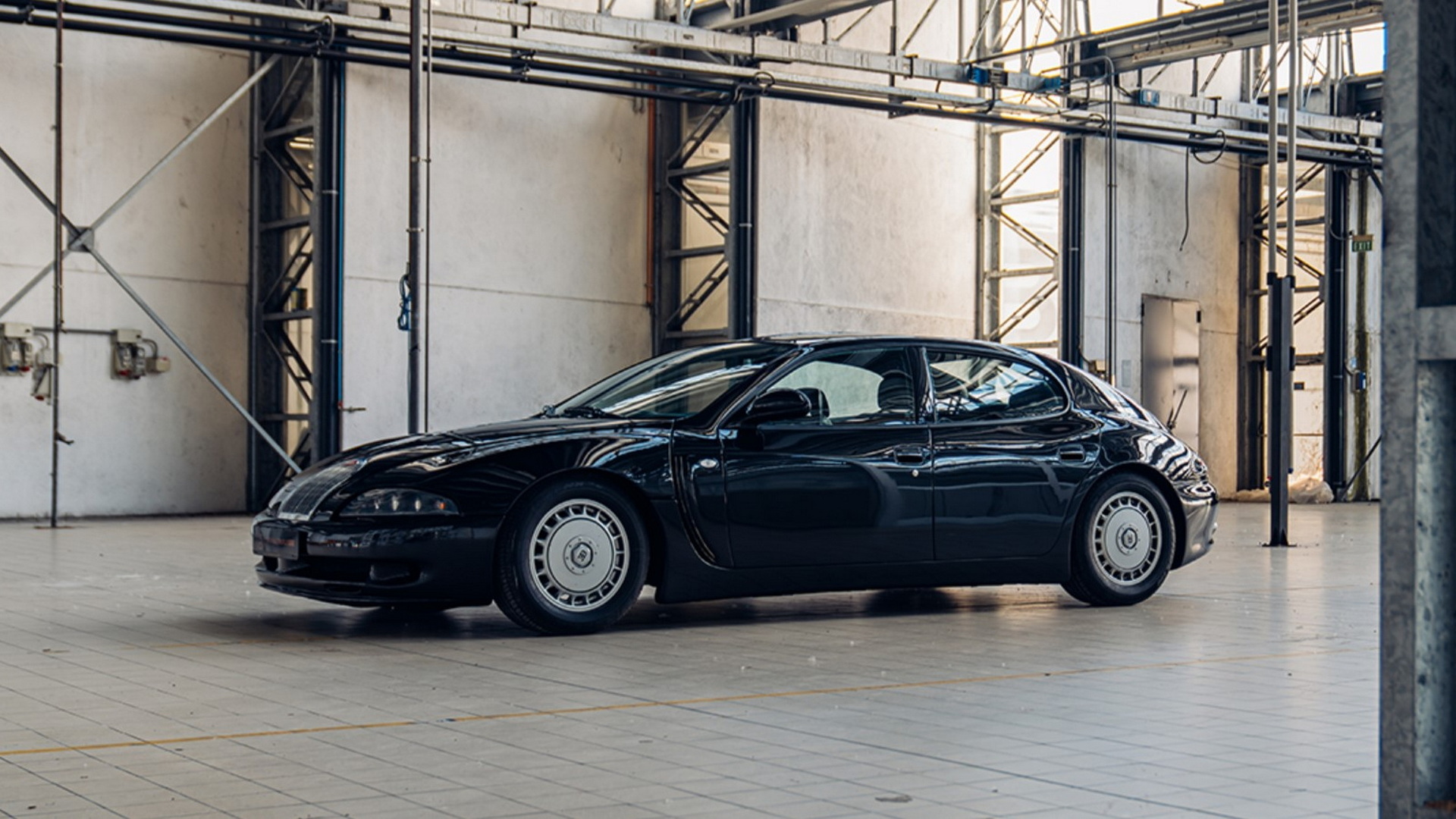 One of just three Bugatti EB 112 sedan prototypes is up for sale through German dealer Schaltkulisse.

First spotted by Carscoops, this is the second of three prototypes for what was to be the followup to the Bugatti EB 110 supercar during the 1990s revival of Bugatti by Italian businessman Romano Artioli. He had dreamed of bringing Bugatti back to life ever since the original iteration of the company stopped building cars in 1952.

Unveiled at the 1993 Geneva motor show, the EB 112 was designed by Giorgetto Giugiaro and was powered by a 6.0-liter V-12 making 450 hp, mounted in a front-midship configuration. That could push this luxury sedan from 0-62 mph in a claimed 4.3 seconds, and on to a top speed of 186 mph.

The EB 112 currently up for sale—chassis number 39001—was built by Italdesign. The other two were supposed to be built at Bugatti's Campogalliano, Italy, factory but were ultimately completed by other parties. Currently showing 2,432 miles on the odometer, chassis number 39001 is an interesting glimpse at might have been.

When the EB 112 was unveiled, it appeared Artioli's revival of Bugatti would be successful. The EB 110 was attracting lots of positive attention, and Bugatti was even providing design services to other companies, including Suzuki.

However, financial issues (including debts incurred by Artioli after an investment in Lotus) sent Bugatti into bankruptcy in 1995. Just 128 examples of the EB 110 were built before the company went bankrupt, and the EB 112 never progressed beyond the prototype stage. The rights to the Bugatti name were later purchased by the Volkswagen Group, which staged a longer-lasting revival of the brand with the Veyron and Chiron.