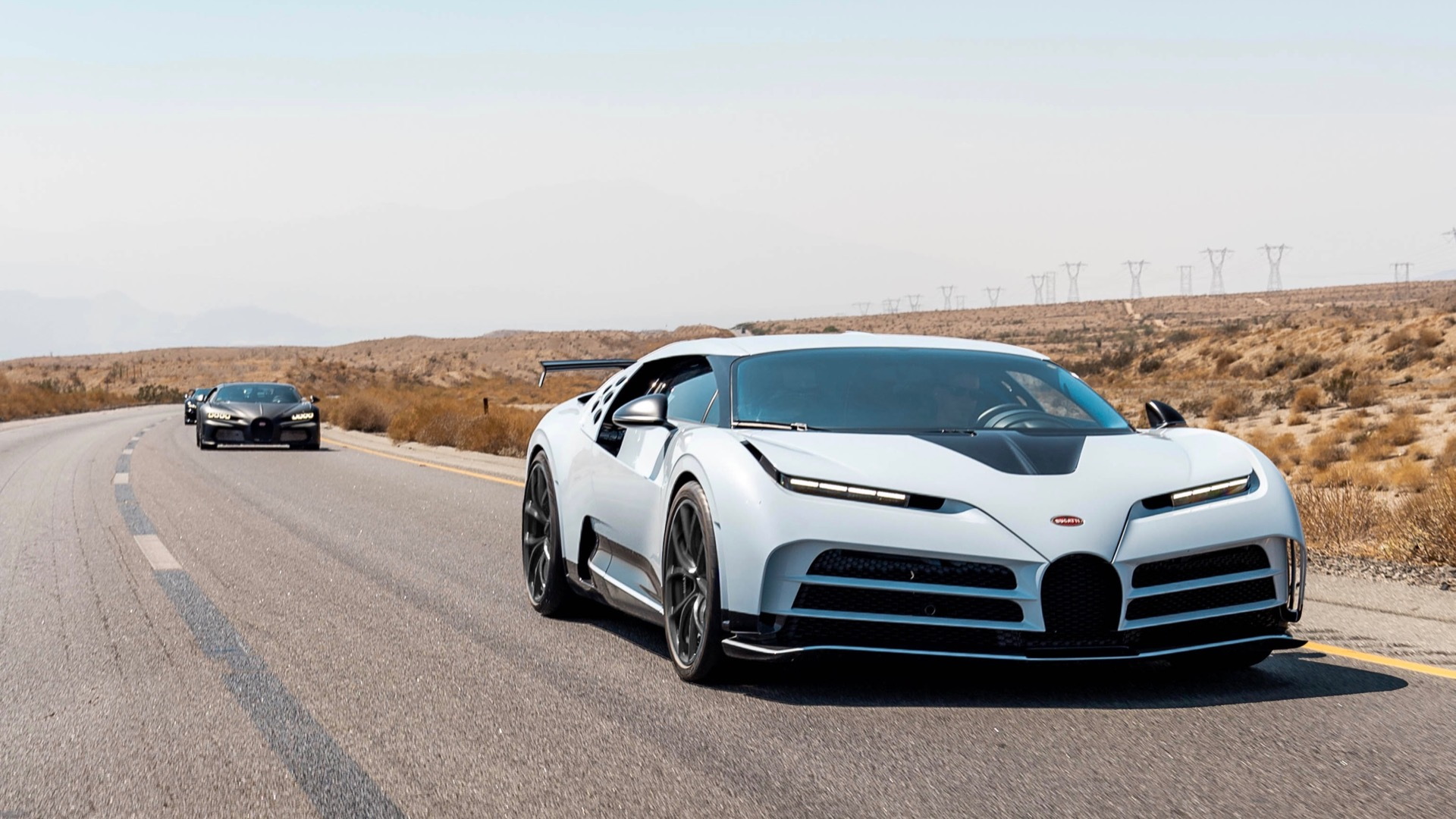 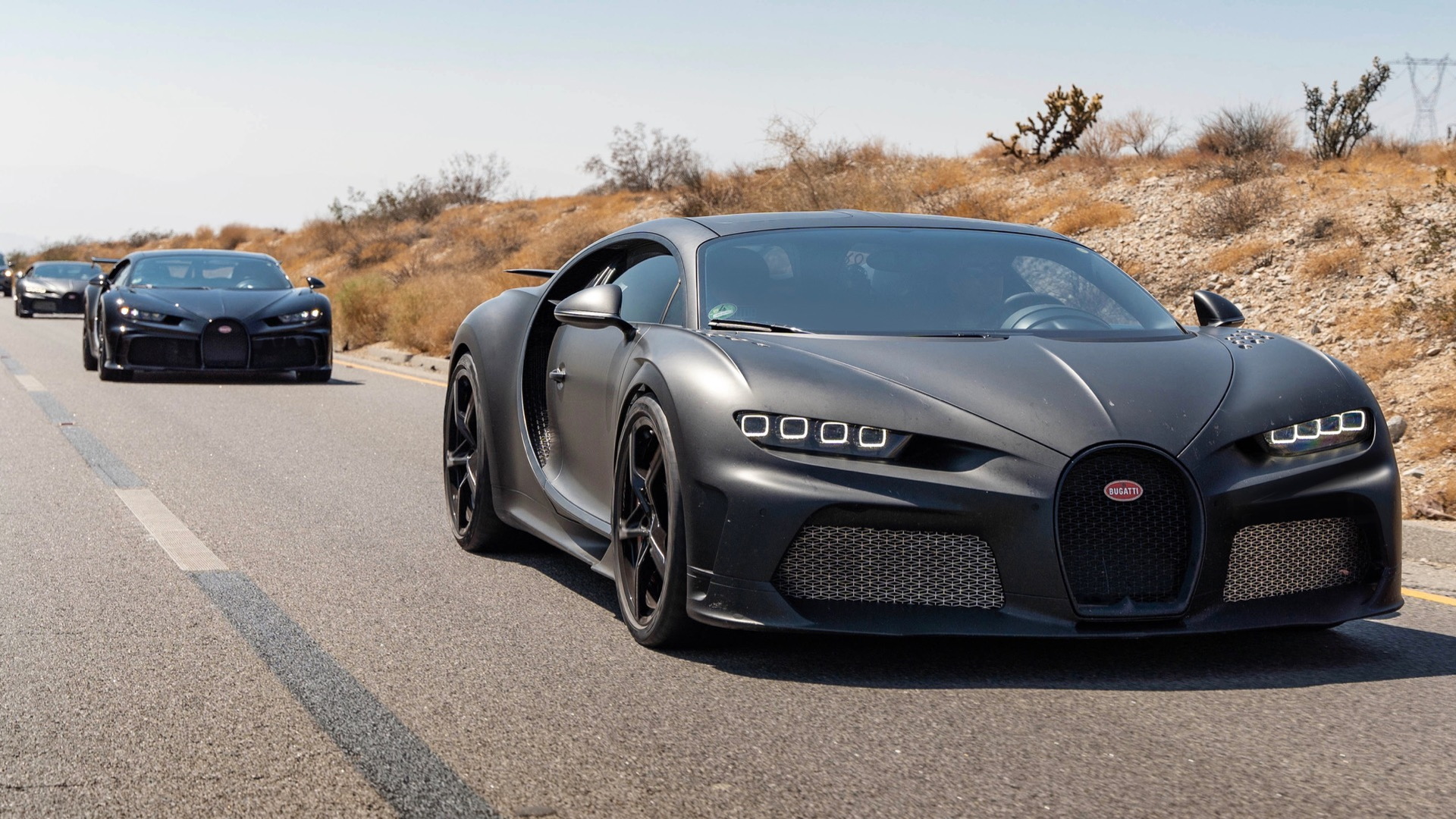 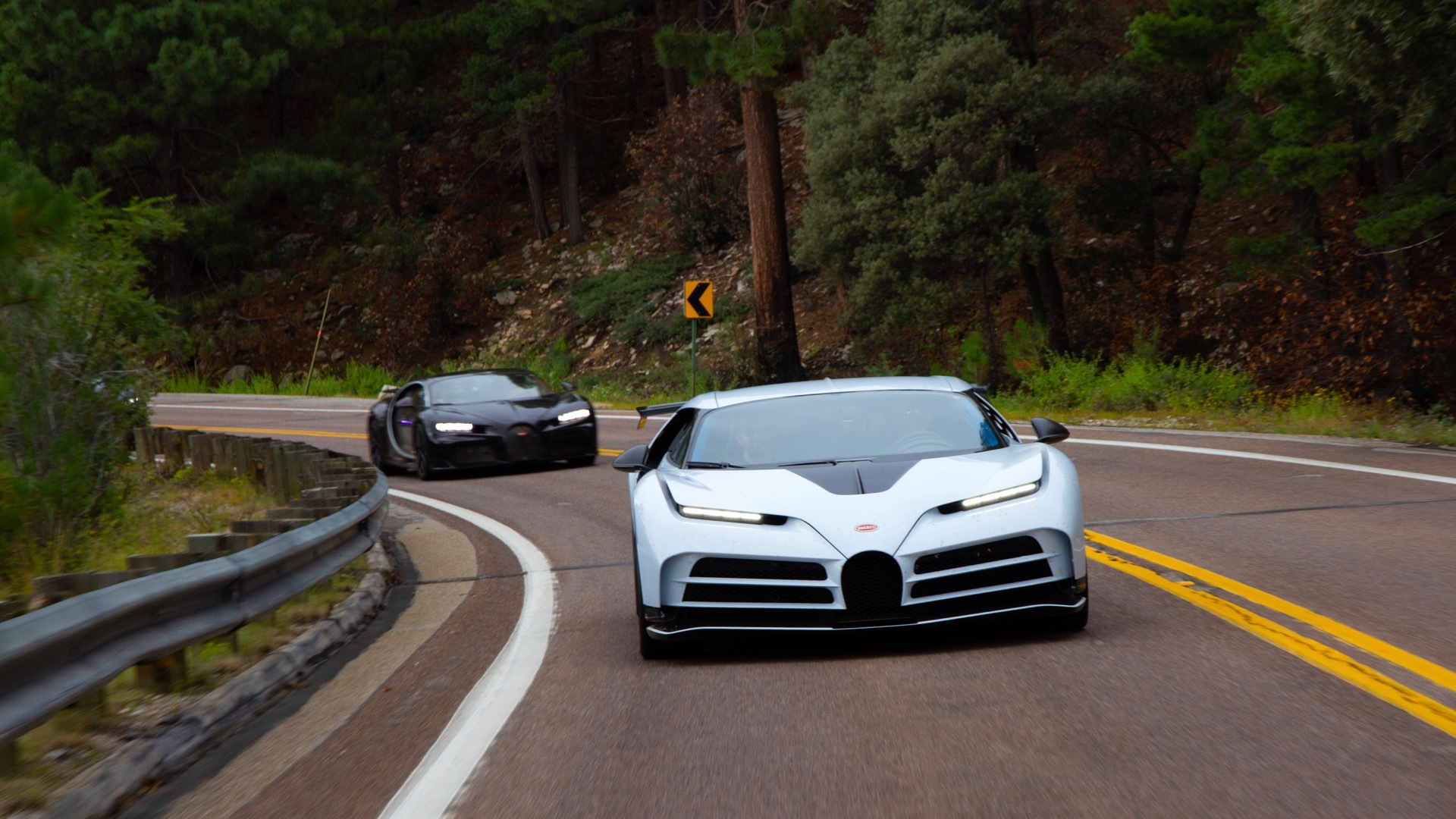 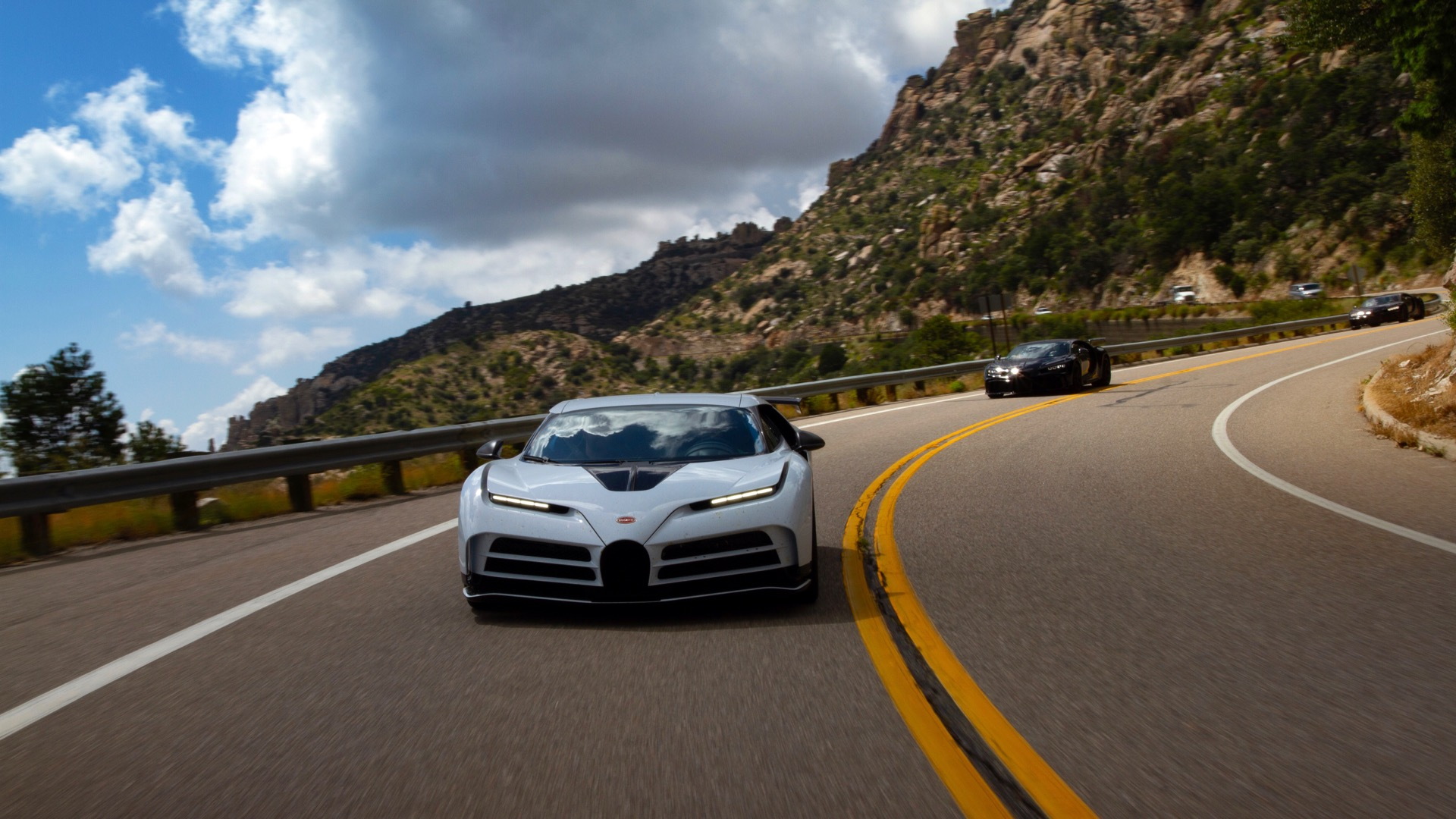 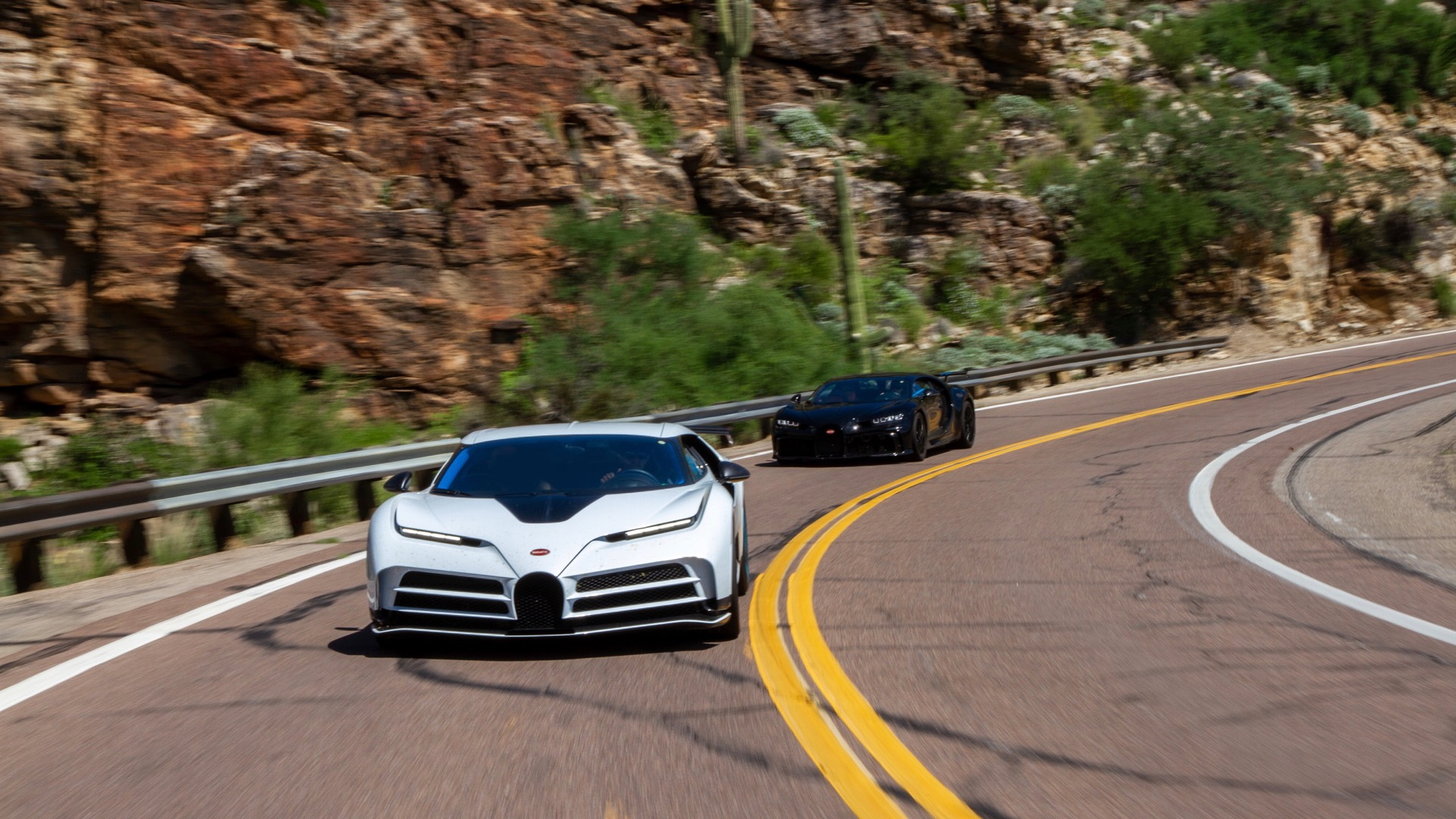 The limited-edition Bugatti Centodieci has completed hot-weather testing on the way to a planned start of production in 2022, the automaker announced Thursday in a press release.

Even supercars need to go through a full battery of tests before production. So in addition to wind-tunnel testing and track testing at the Nürburgring, Bugatti brought a Centodieci prototype to California and Arizona to make sure they could handle hot weather.

Bugatti sent 27 engineers and eight cars on a 500-mile trek through the desert, where temperatures as high as 113 degrees Fahrenheit were recorded, according to the automaker. The route also included an ascent of Mount Lemon, north of Tucson, Arizona, to an altitude of 9,186 feet.

The convoy included one Centodieci, three Chiron Pur Sports, and four Chiron Super Sports, Bugatti noted. While it's based on the Chiron and uses that car's 8.0-liter quad-turbocharged W-16 engine, engineers wanted to make sure the Centodieci's unique bodywork didn't present any cooling issues, according to Bugatti.

Unveiled in 2019, the Centodieci is a tribute to the Bugatti EB110, the car that brought the brand back to life in the early 1990s after a roughly 40-year hiatus. In addition to styling inspired by the EB110, the Centodieci produces 97 more horsepower than a standard Chiron, and is about 44 pounds lighter. Bugatti previously quoted 0-62 mph in 2.4 seconds, while the top speed is electronically limited to 236 mph.

Despite an $8.9 million price tag, the 10-unit production run had already sold out by the time the Centodieci was unveiled. With hot-weather testing completed, Bugatti plans to conduct additional high-speed testing and endurance testing in Europe before production starts in 2022.