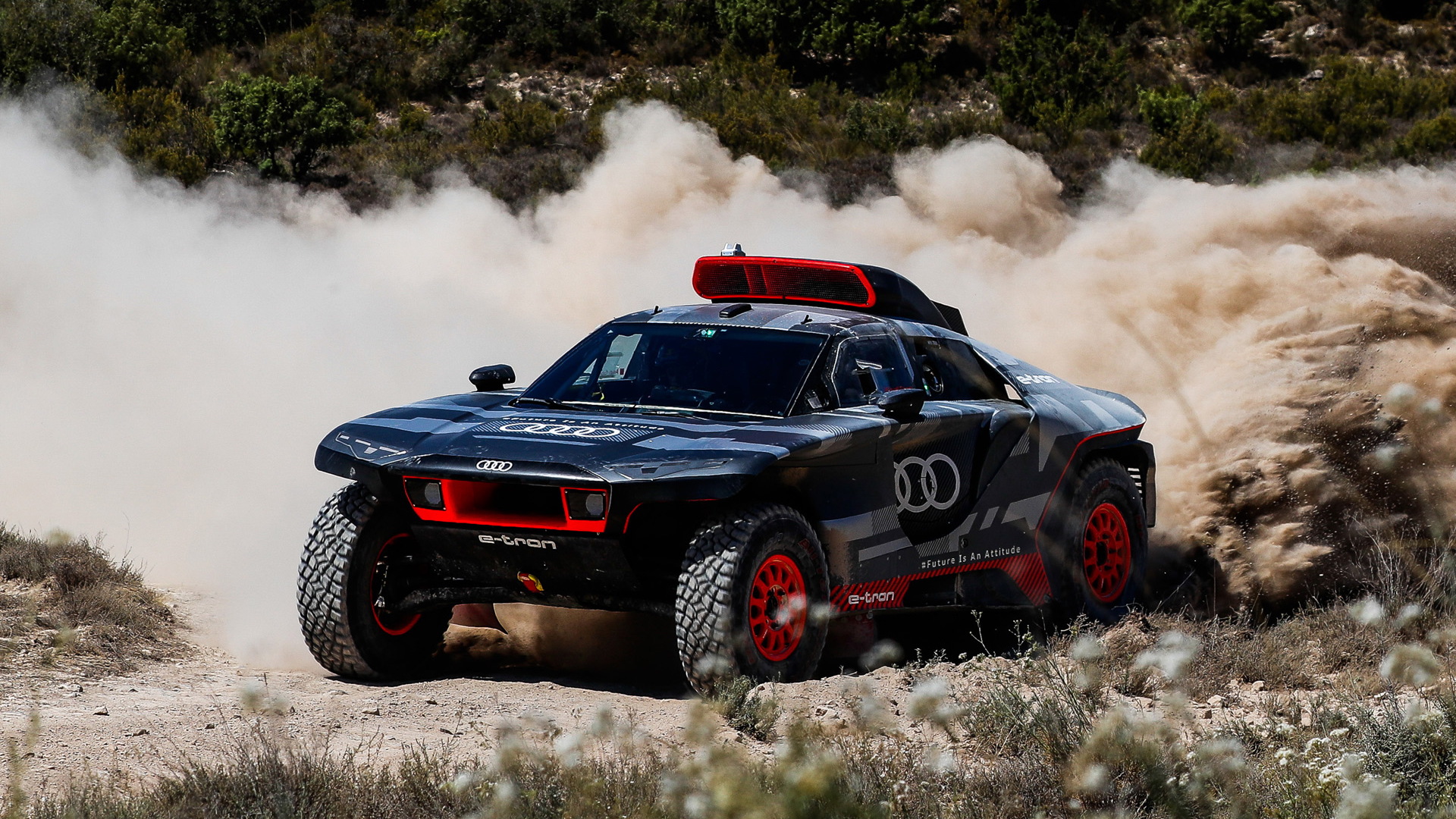 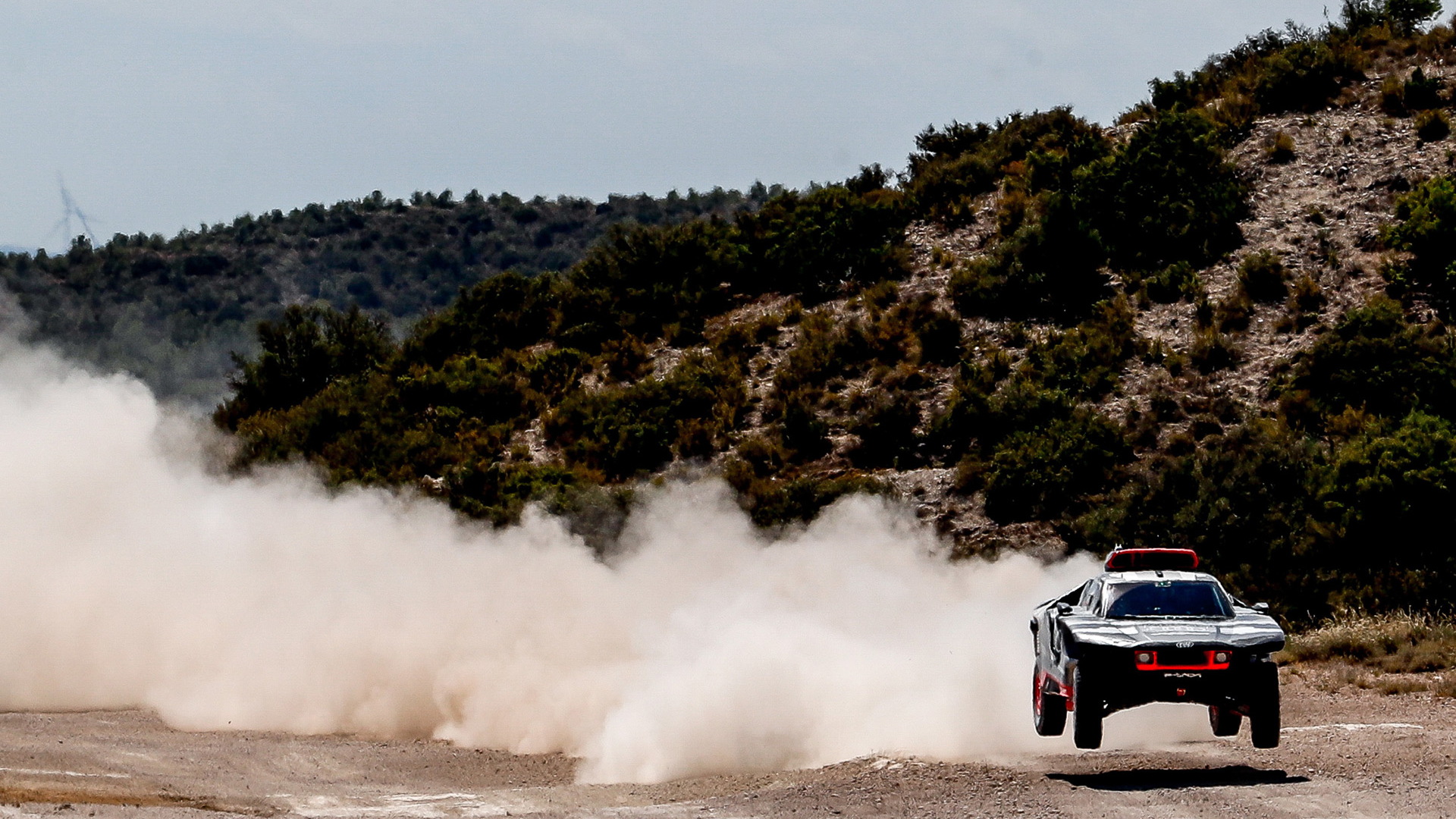 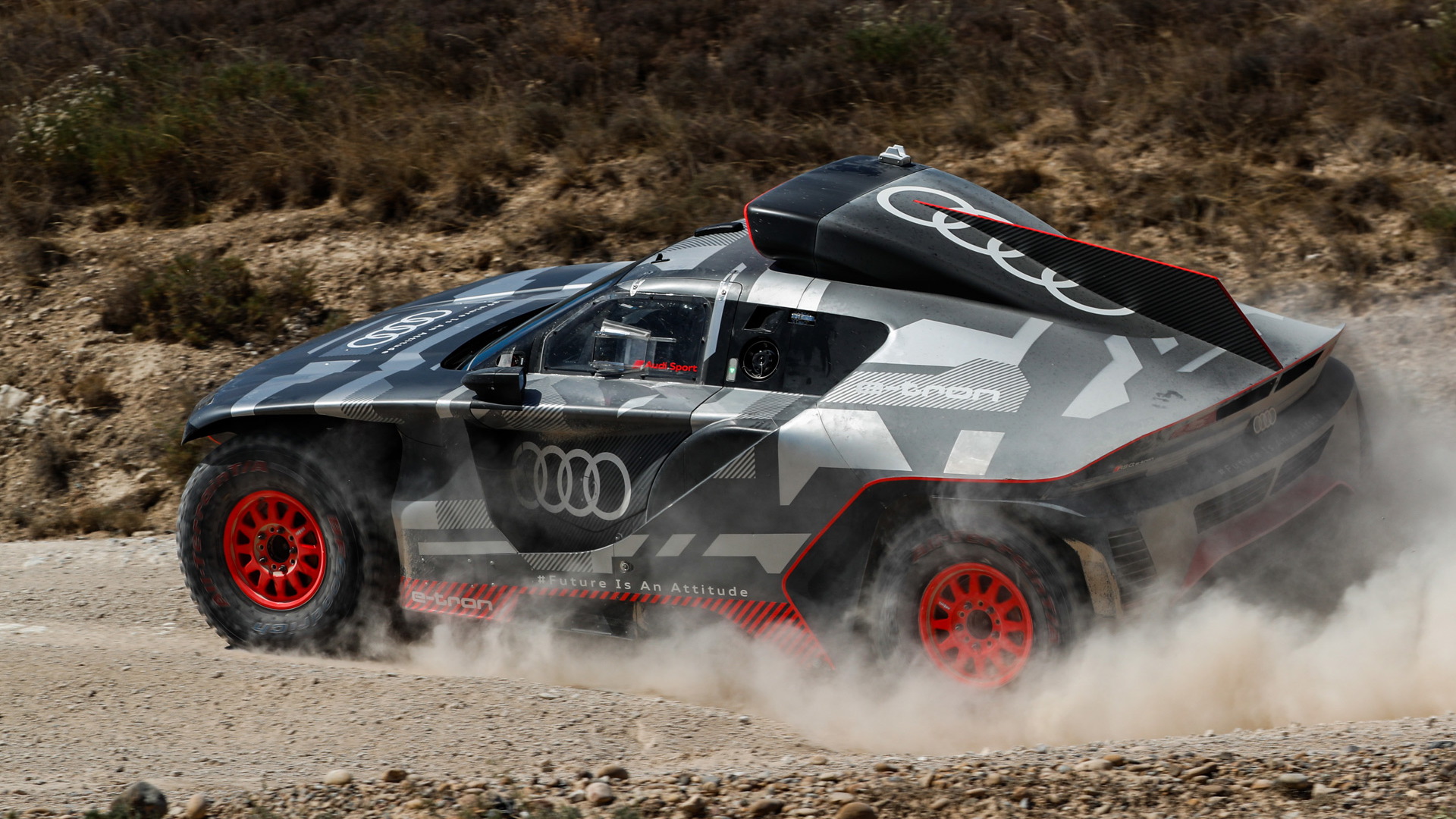 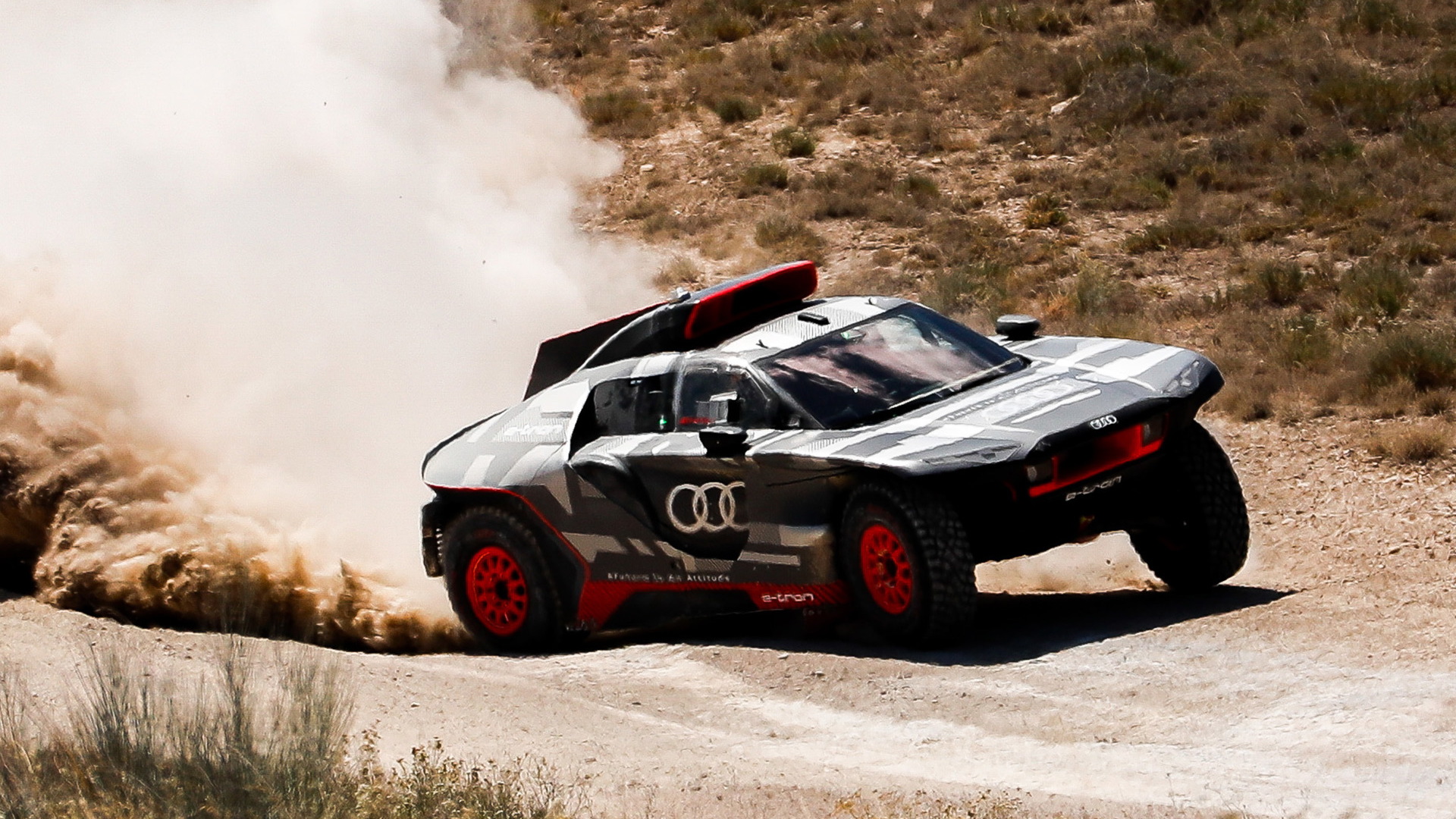 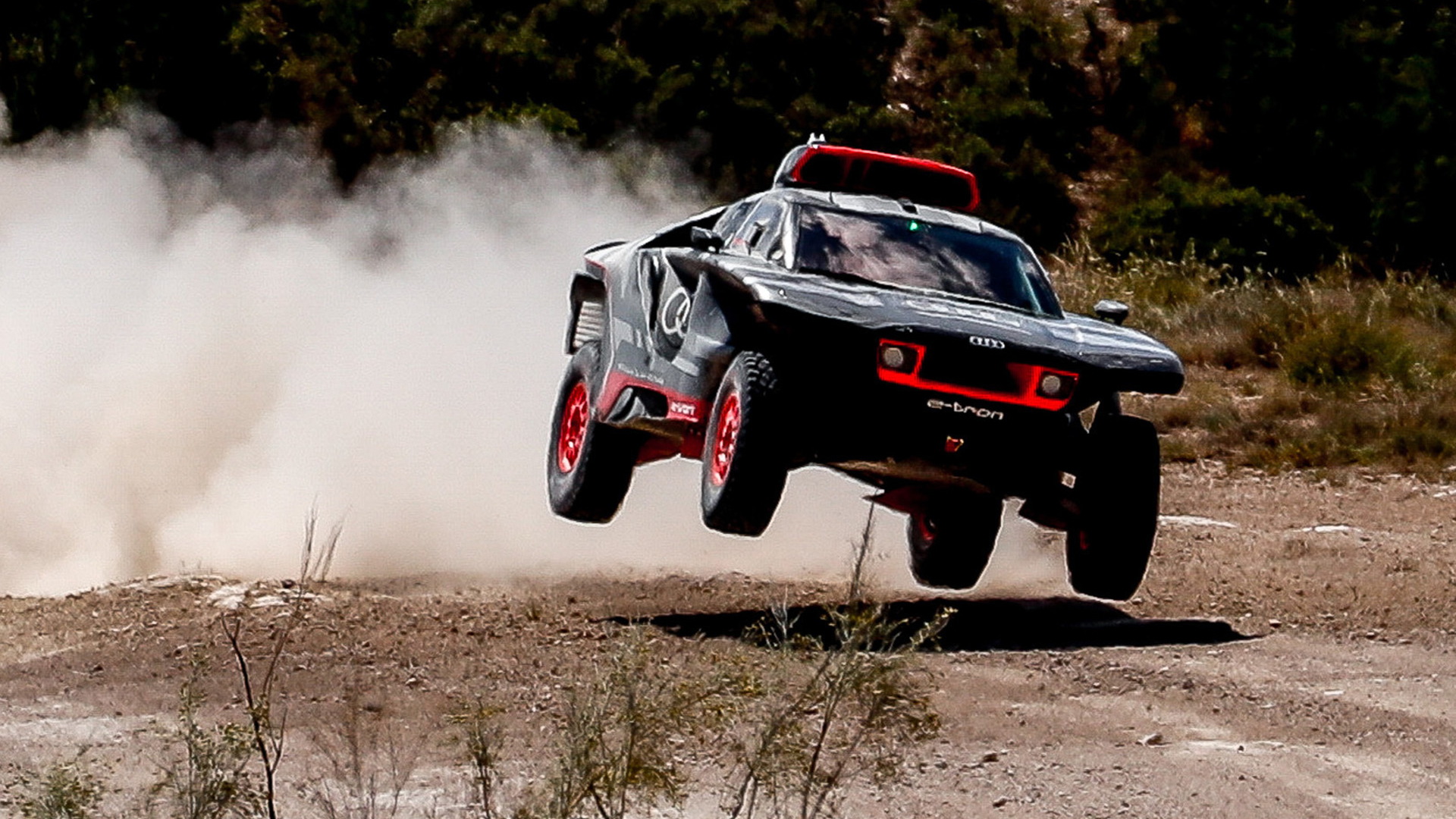 Audi is developing a bespoke electric SUV to conquer the Dakar Rally starting in 2022, and the the project has just successfully passed a gruelling hot-weather test near Zaragoza, Spain.

The SUV, dubbed the RS Q E-Tron, is an extended-range electric vehicle packing a Formula E-grade electric motor at each axle, a 50-kilowatt-hour battery, and a 2.0-liter turbocharged inline-4 acting purely as a generator. That internal-combustion engine is a leftover from Audi's former DTM program.

The RS Q E-Tron's hot-weather test session lasted eight days and was the first real challenge for the electric SUV following the initial rollout at the team's headquarters in Neuburg an der Donau, Germany, on June 30, and subsequent testing near Magdeburg, Germany, in mid-July. For the hot-weather test, temperatures reached 94 degrees F (approximately 34 degrees C) in the shade.

Audi plans to field three RS Q E-Trons in the 2022 Dakar Rally and has signed a number of top drivers including Dakar record winner Stephane Peterhansel and co-driver Edouard Boulange, Mattias Ekstrom and co-driver Emil Bergkvist, and Carlos Sainz Sr. and co-driver Lucas Cruz. For the test, they repeatedly covered a 10.5-mile stretch of gravel and reached speeds of up to 112 mph. More than 1,000 miles were covered over the eight days.

Competing in the Dakar will allow Audi to stress test multiple components similar to what will feature in the automaker's future electric road cars. Unlike Formula E, whose races last just 45 minutes, the Dakar Rally has multiple stages spanning two weeks, with some stages running close to 500 miles in length and lasting multiple hours. The 2022 rally will run through the deserts of Saudi Arabia next January.