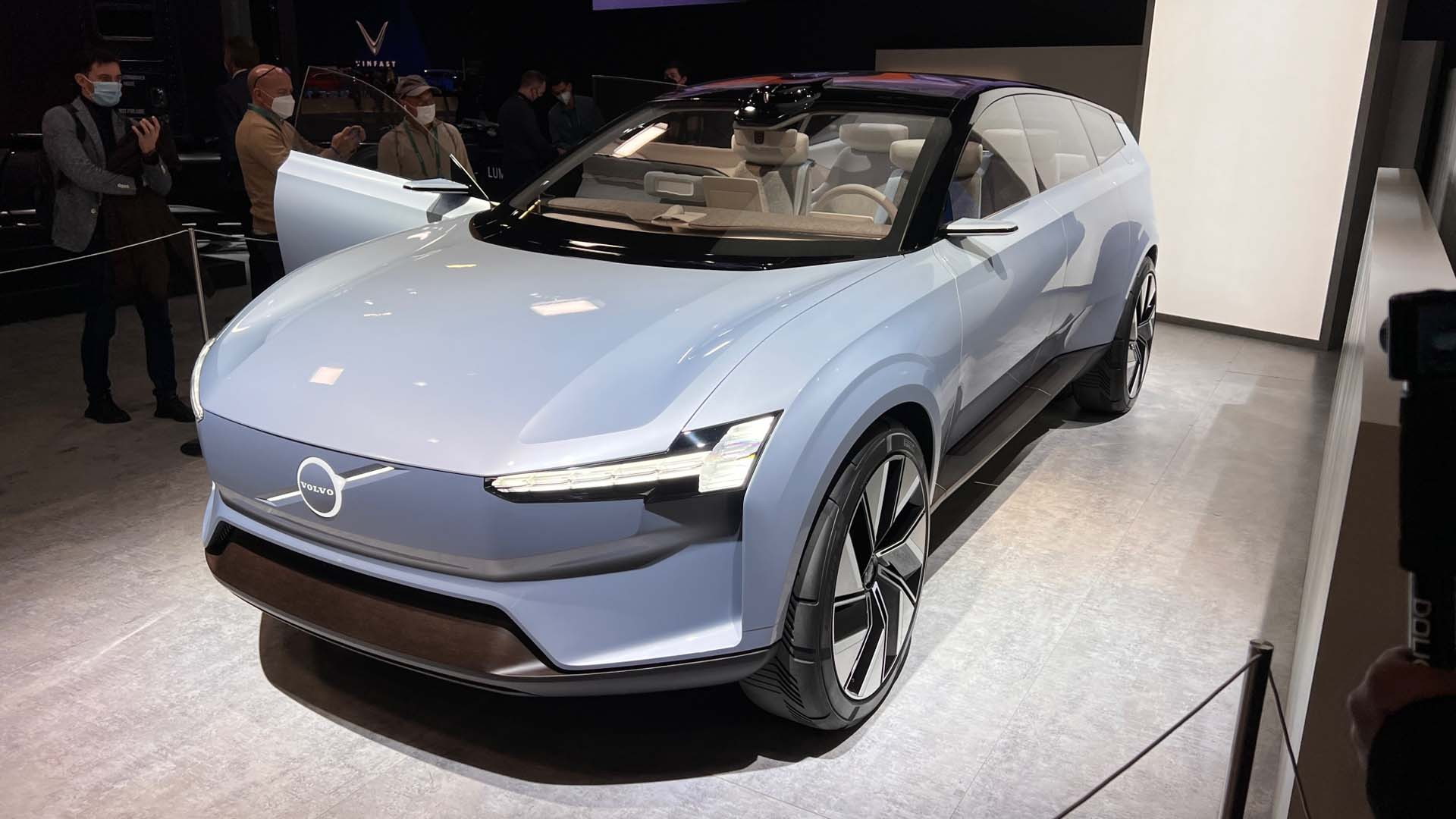 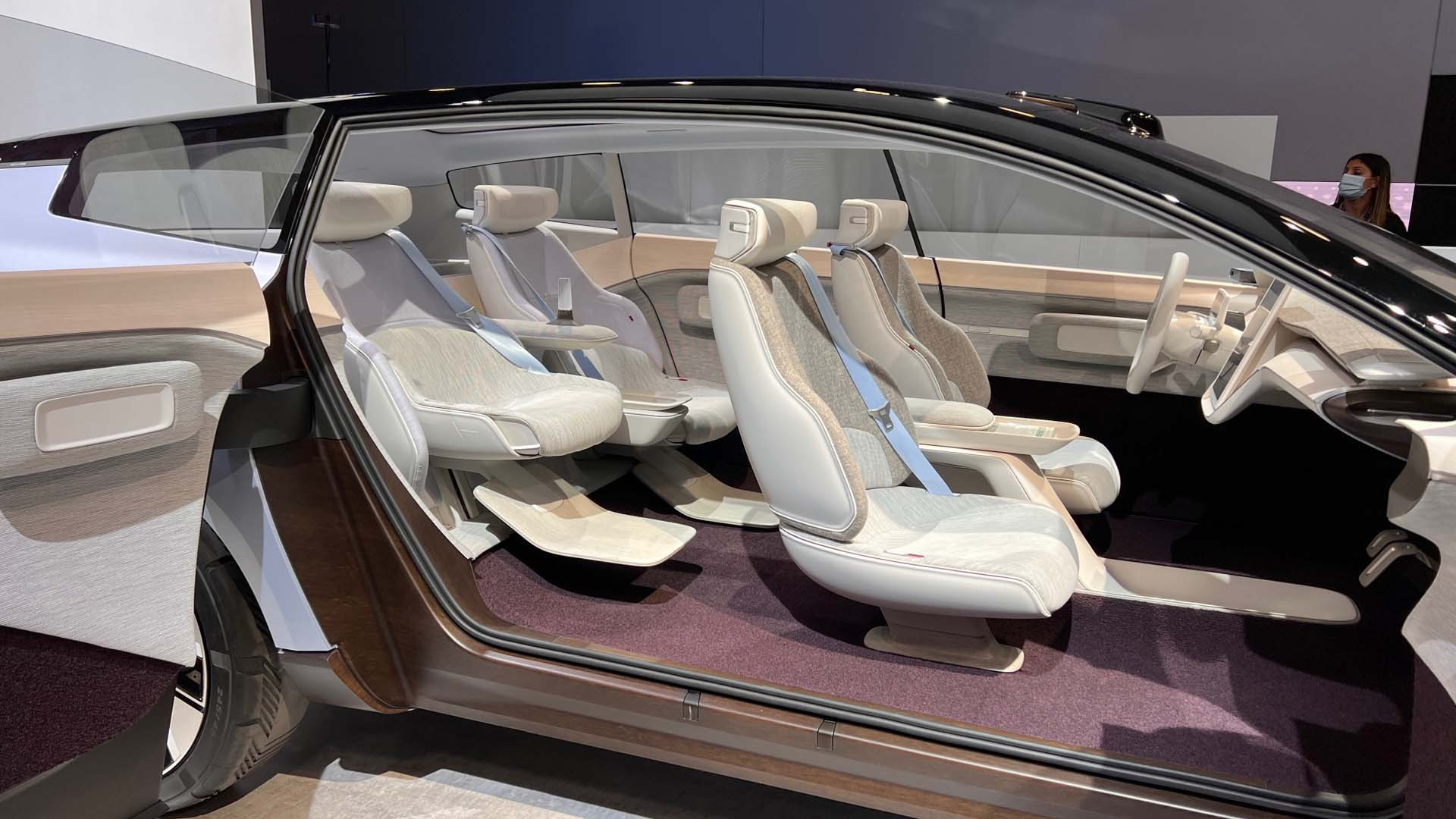 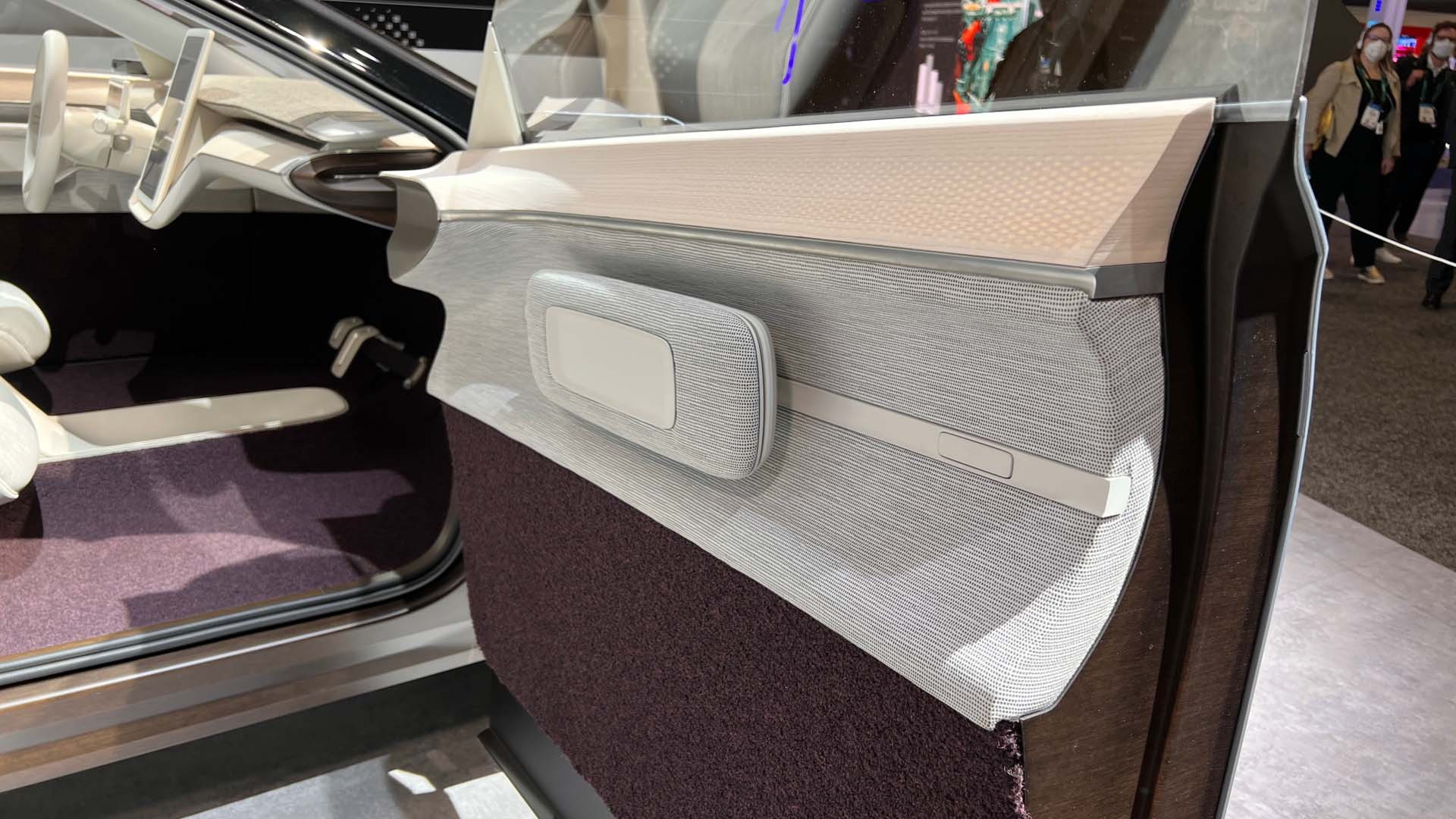 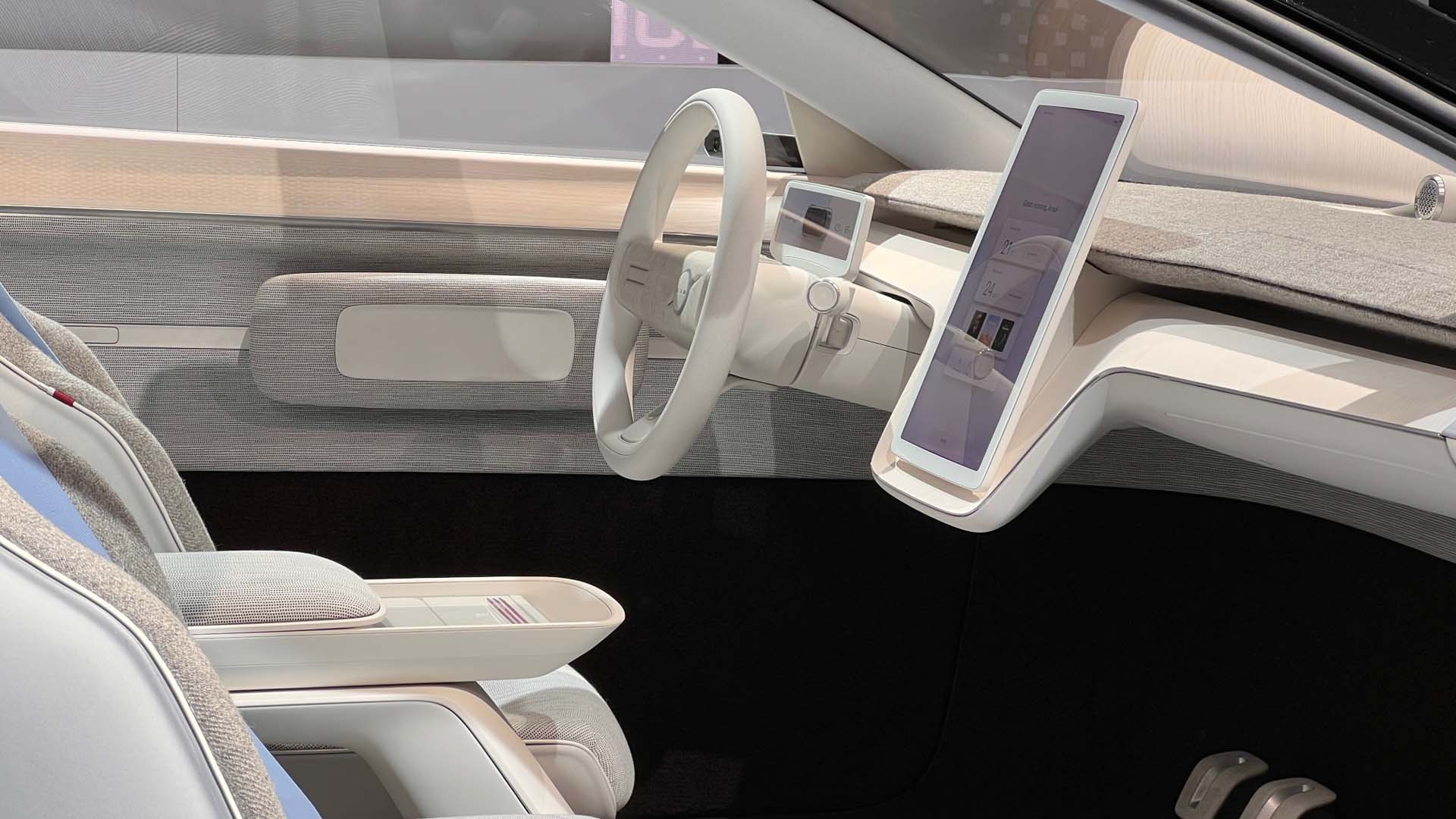 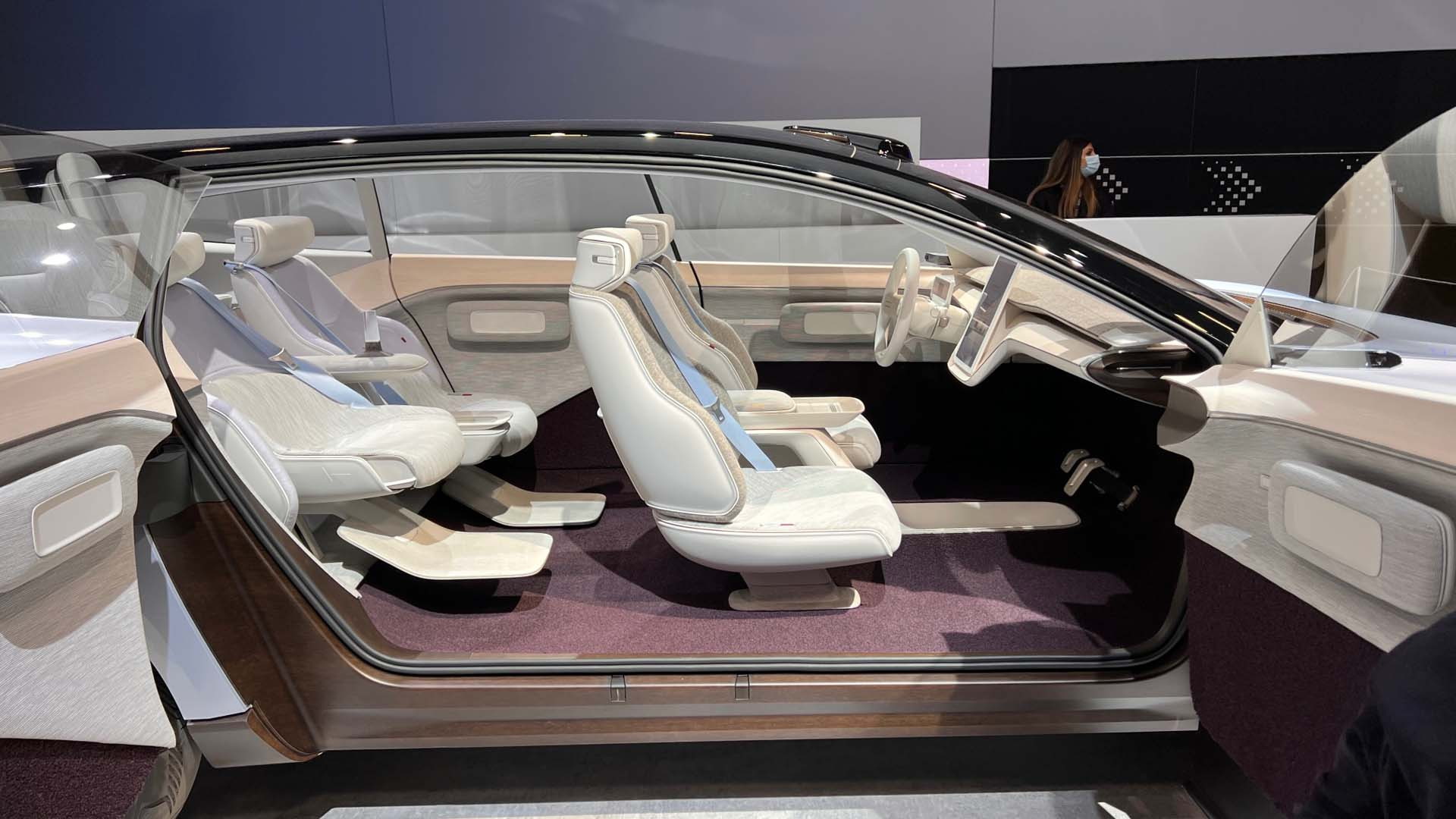 Volvo on Wednesday unveiled the Concept Recharge, a high-riding electric wagon that previews the design direction of the Swedish automaker's future EVs.

The Concept Recharge has a dedicated EV architecture that eliminates the engine compartment, and incorporates a flat battery pack mounted in the floor. This allowed designers to extend the wheelbase and reduce overhangs, creating more interior space, according to the automaker.

Designers also repositioned the seats and lowered the hood, giving the Concept Recharge the high driving position of an SUV, but with better aerodynamic qualities. The concept also has a flat roof line and upright rear glass, making it look—with the vertical taillights—a lot like older generations of Volvo wagons.

In keeping with current trends, Volvo installed a 15-inch infotainment touchscreen, and a digital instrument cluster as well.

The Concept Recharge also features integrated lidar sensors, which Volvo will start adding to production cars next year beginning with the next-generation XC90 crossover SUV. An electric version of the new XC90 is planned, but it won't use the platform in the Concept Recharge. Instead, the electric XC90 is expected to use an EV-specific version of Volvo's next-generation SPA2 platform featuring a unique floor pan integrating a flat battery. This EV version of the SPA2 platform is also expected to underpin the upcoming Polestar 3.

That will mark a shift from Volvo's first production EVs. The Volvo XC40 Recharge and upcoming C40 Recharge (as well as the Polestar 2) all use the Compact Modular Architecture (CMA) platform, which is shared with internal-combustion models. EV versions of the CMA platform use a t-shaped battery.

Volvo plans to make 50% of its vehicle sales all-electric by the middle of this decade, and has said it will sell only electric cars beginning in 2030. The automaker has indicated that its South Carolina factory will be the first dedicated to EVs.