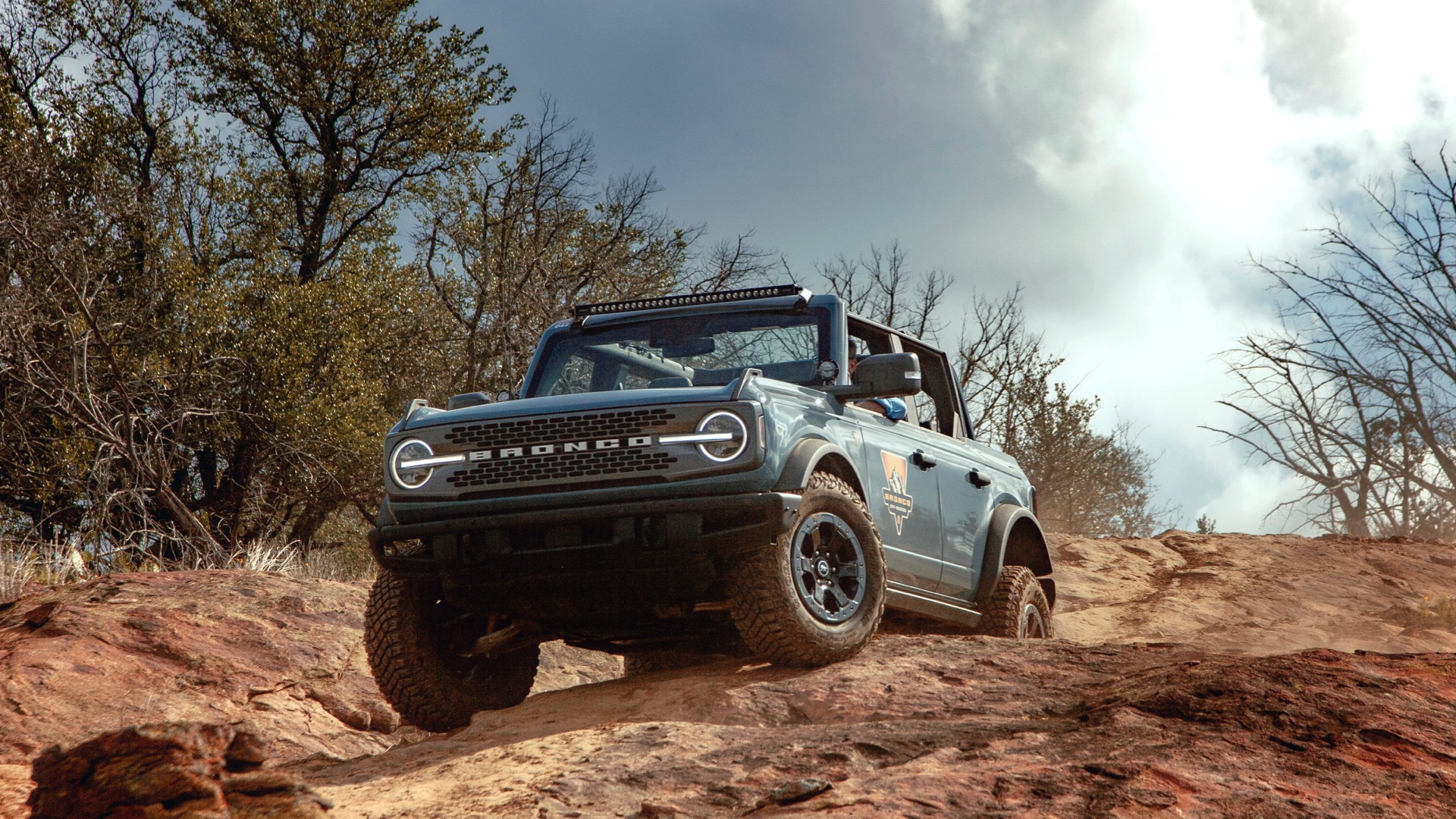 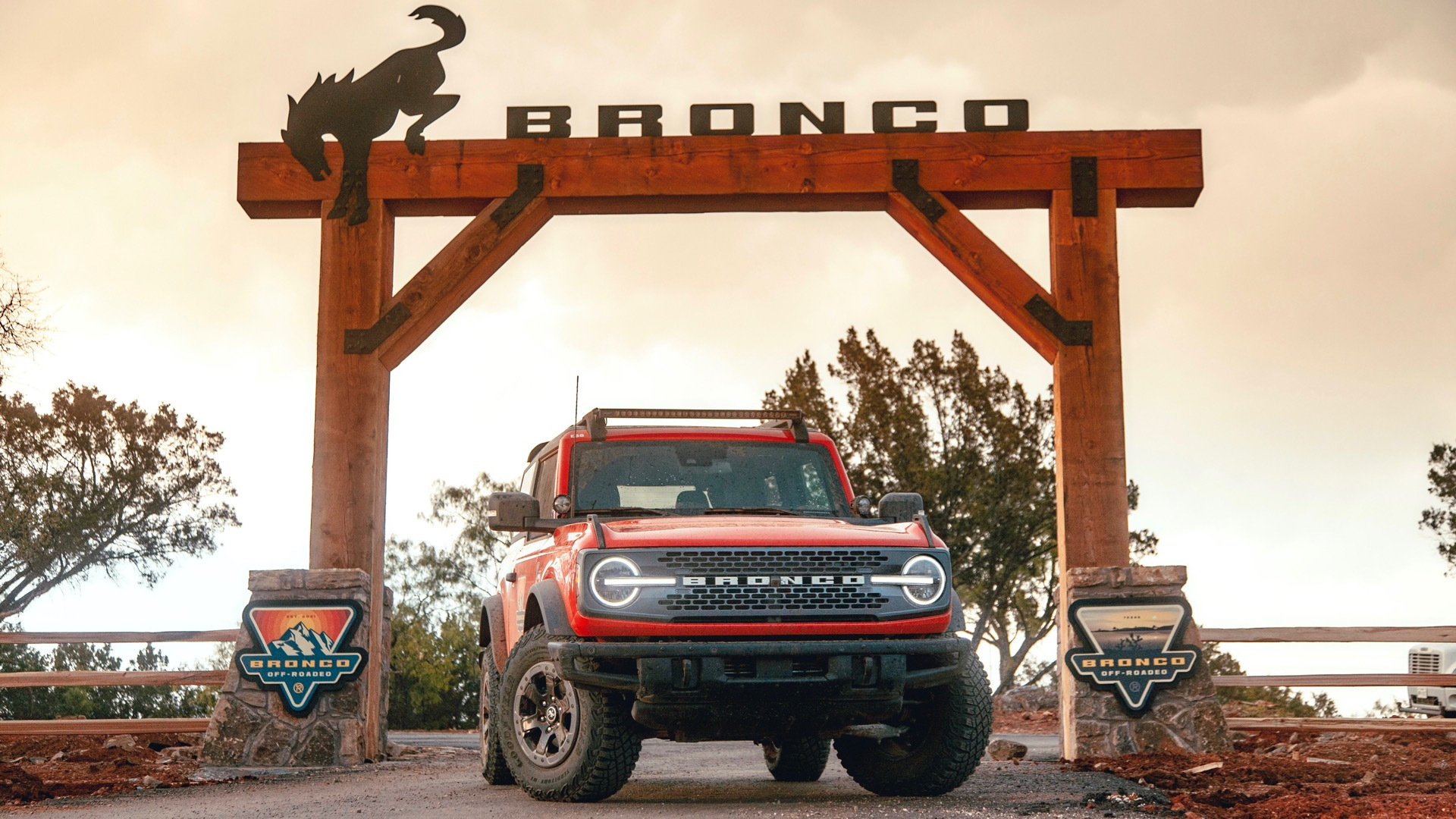 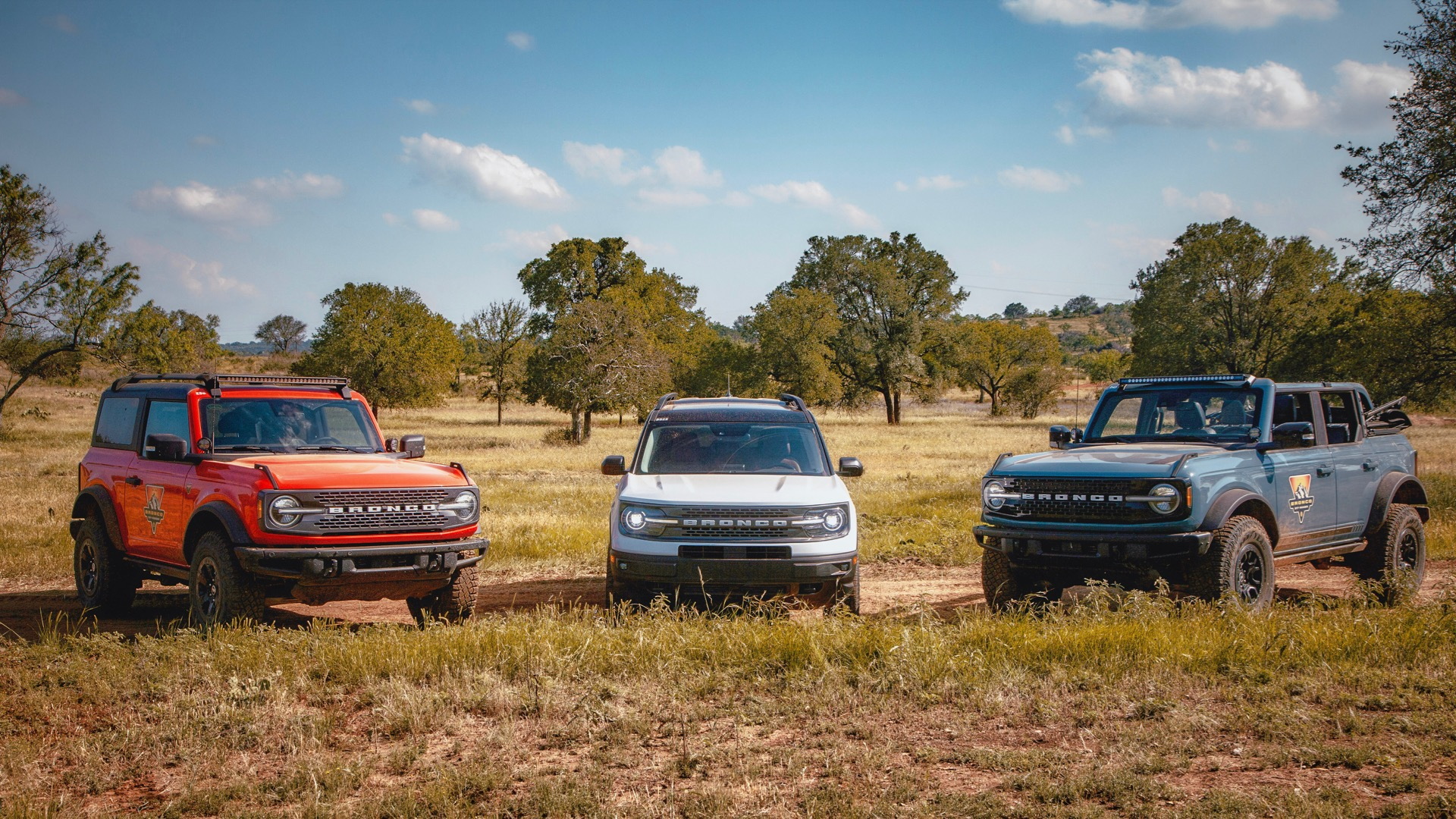 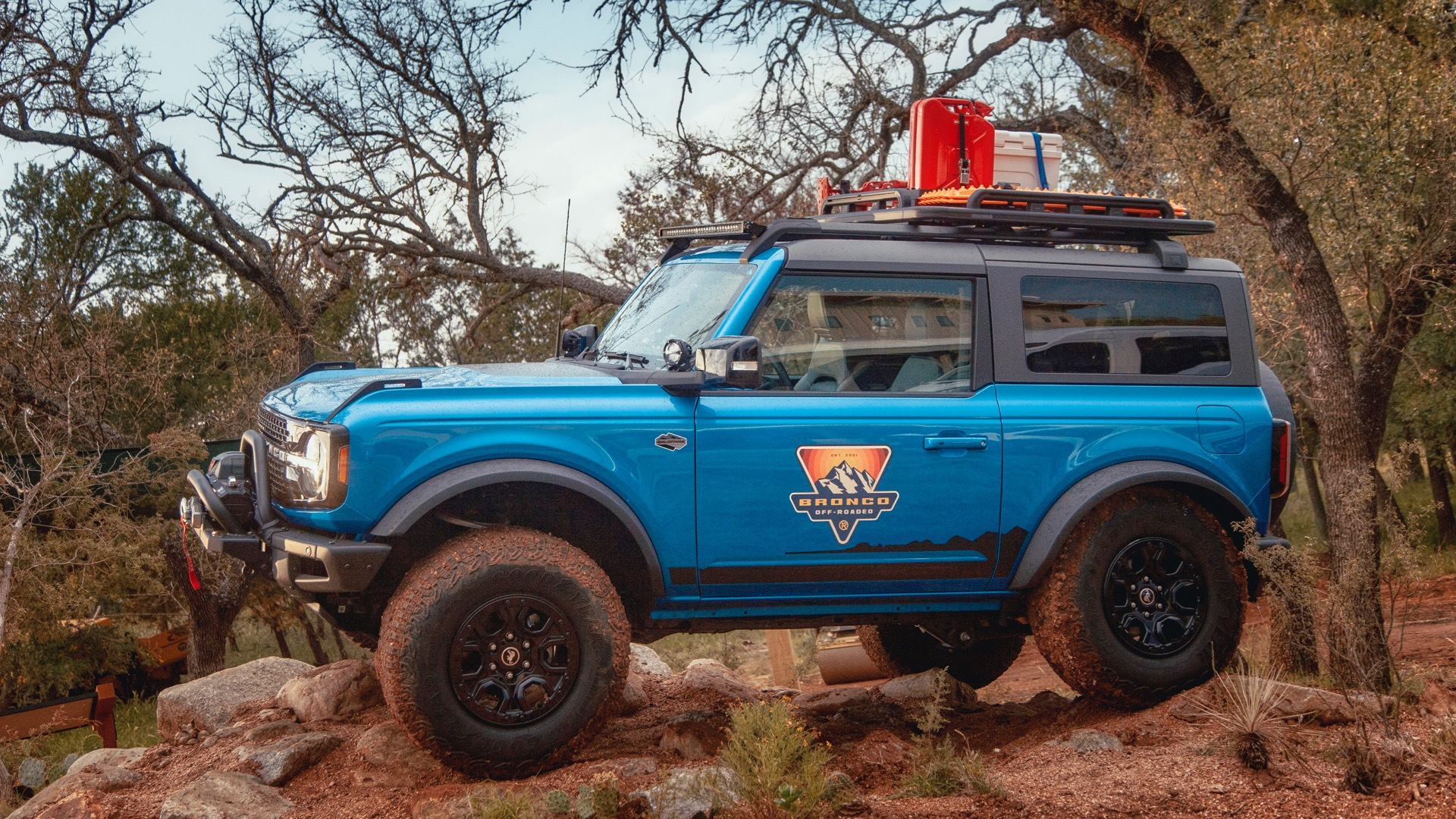 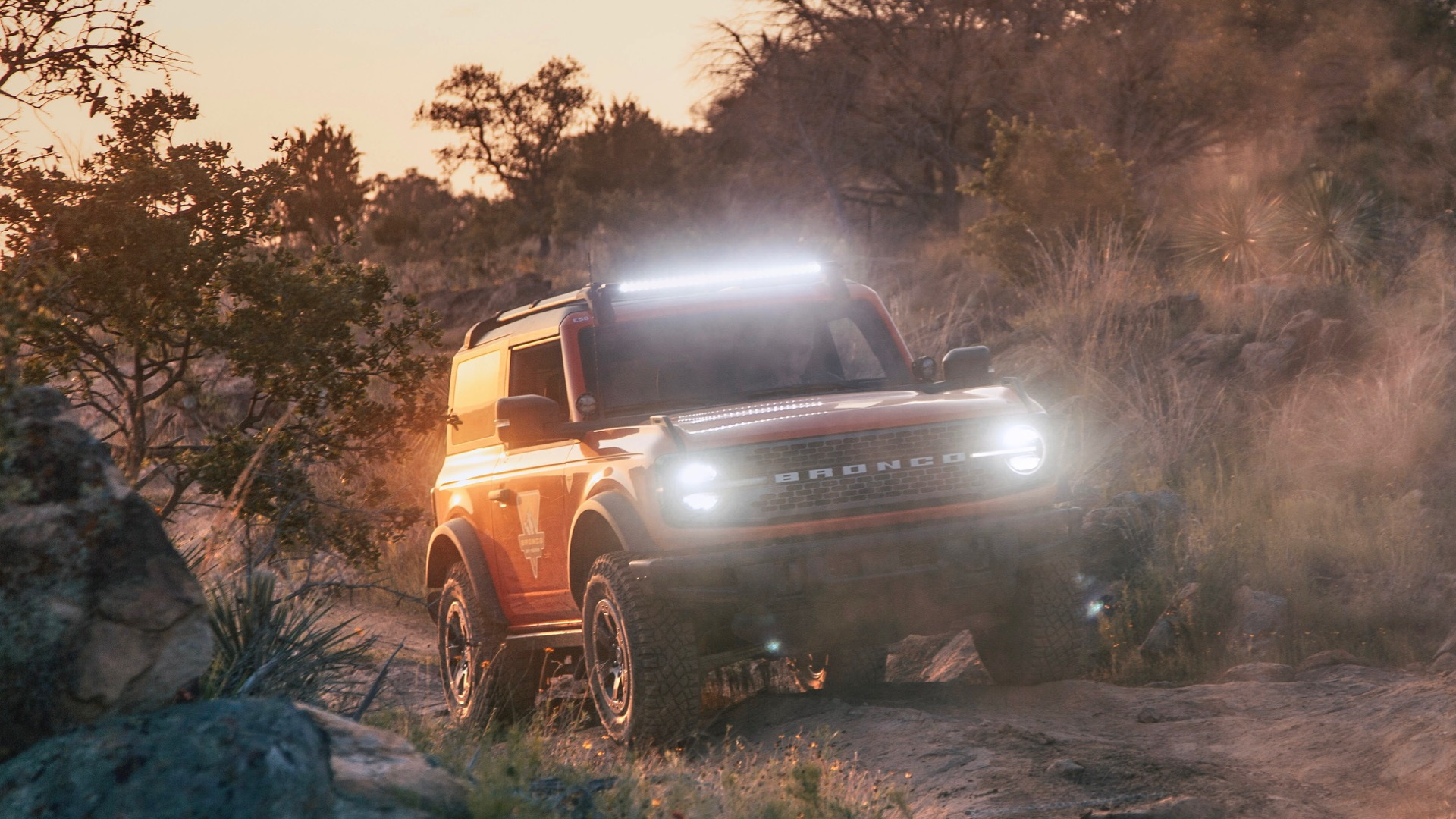 Owners of the 2021 Ford Bronco or Bronco Sport looking to get the most out of their SUVs will soon be able to attend Ford-operated off-road schools. The first Ford Bronco Off-Roadeo opens June 28 near Austin, Texas, with three more locations scheduled to open in the coming months.

Initial registration is open to all Bronco two-door and four-door order holders, as well as Bronco Sport Badlands and First Edition owners, Ford said Wednesday in a press release.

Silly name aside, the Bronco Off-Roadeo should give owners plenty of off-roading experience. Each location features 50 miles of trails, designed with input from Vaughn Gittin, Jr. and Loren Healy, two drivers currently racing Broncos in the Ultra4 series.

The day-and-a-half driving school is designed for both off-road novices and experts, according to Ford. It starts with a 90-minute tutorial explaining the Bronco's various tech features, such as Trail Control, the G.O.A.T. driving modes, and the Terrain Management System.

Other tutorials cover trail etiquette and recovery techniques, including use of recovery straps, winches, and high-lift jacks. Participants can then take two-hour or four-hour trail drives, or even ditch the Broncos and go kayaking, fly fishing, whitewater rafting, or mountain biking.

The first Bronco Off-Roadeo is located in Horseshoe Bay, Texas, with additional locations planned for Mt. Potosi, Nevada, Moab, Utah, and an unspecified site in the Northeast. They're scheduled to open in late summer or early fall, Ford said.

Ford provides the vehicles, but attendees must cover travel and hotel costs. Ford plans to offer packages with nearby hotels and resorts, and the first reservation holders get a $250 credit that can be applied to optional extras during the trip, or the cost of bringing a guest.

This will likely be many Bronco owners' first time driving the SUV, as deliveries have been delayed due to pandemic-related supplier issues. The 2021 Bronco will be more powerful than originally stated, at least, so hopefully it will be worth the wait.