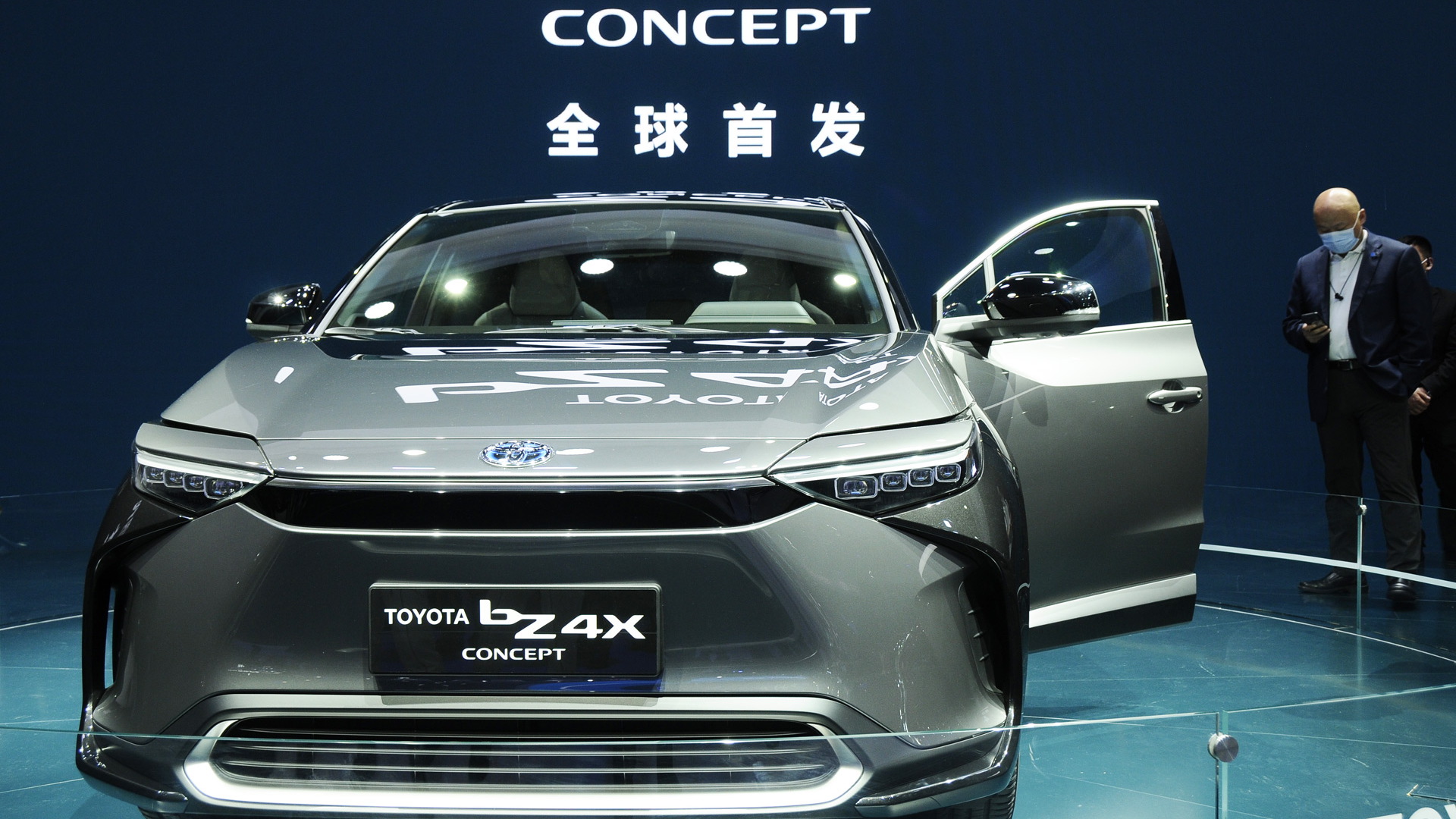 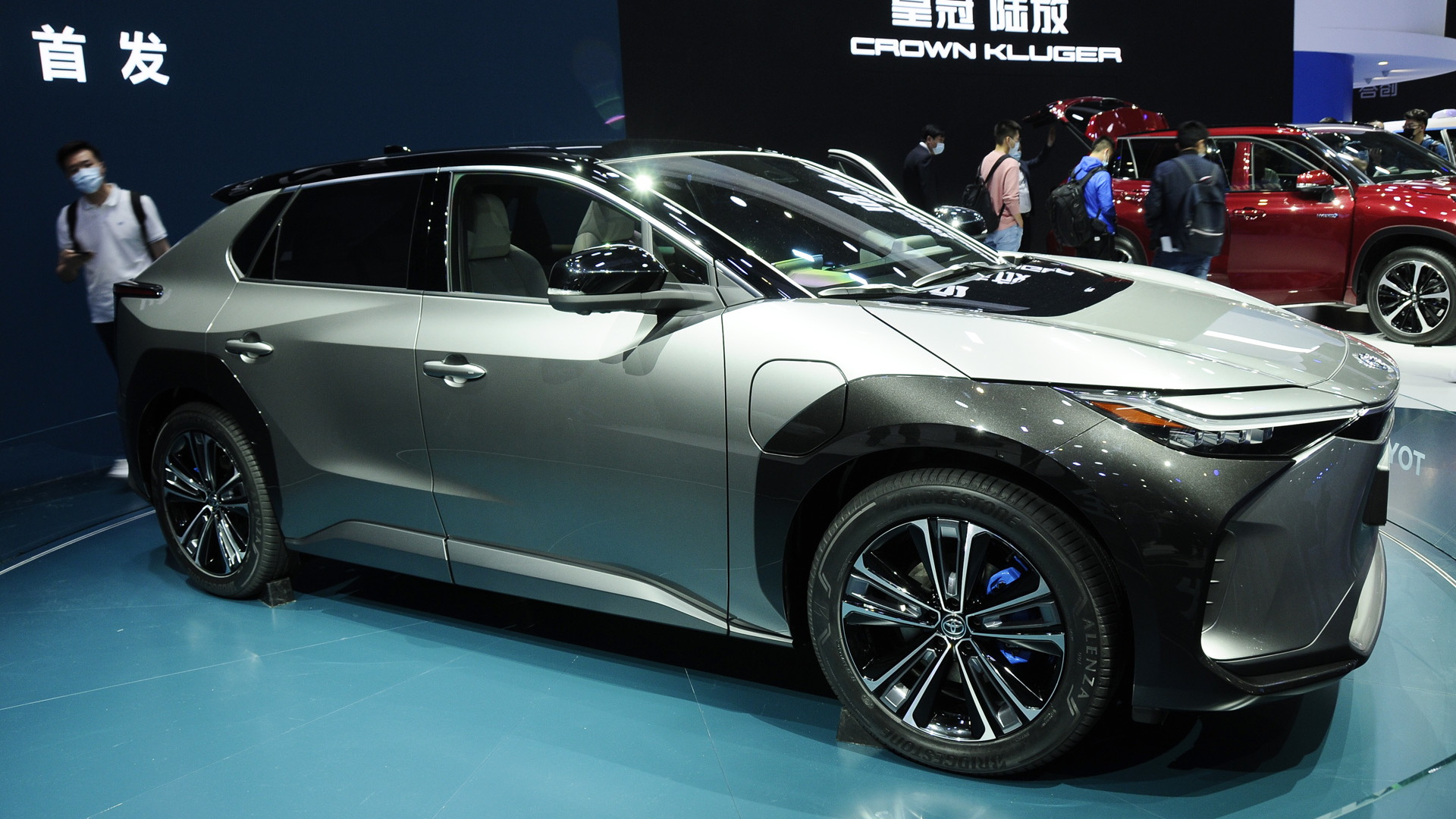 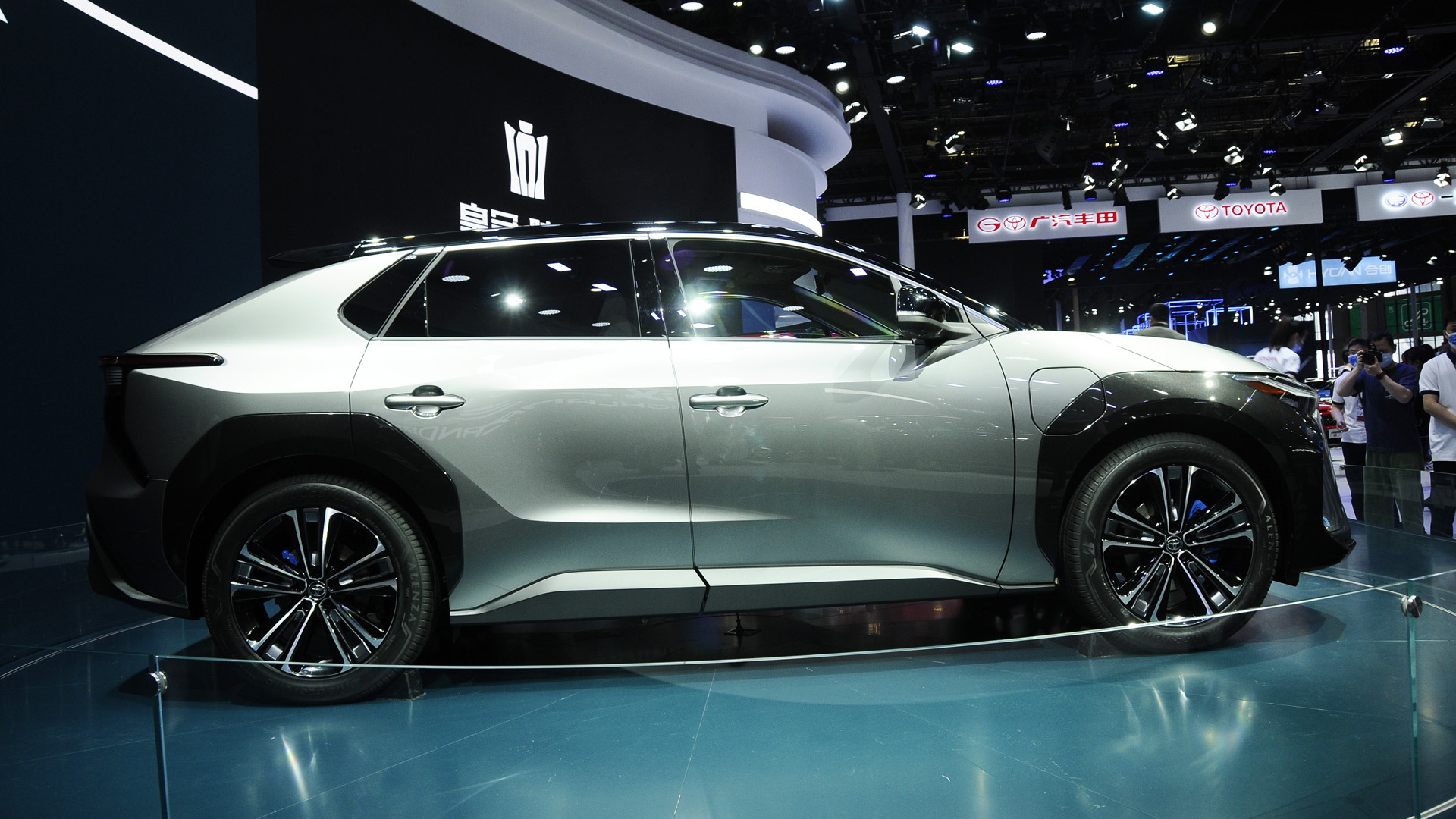 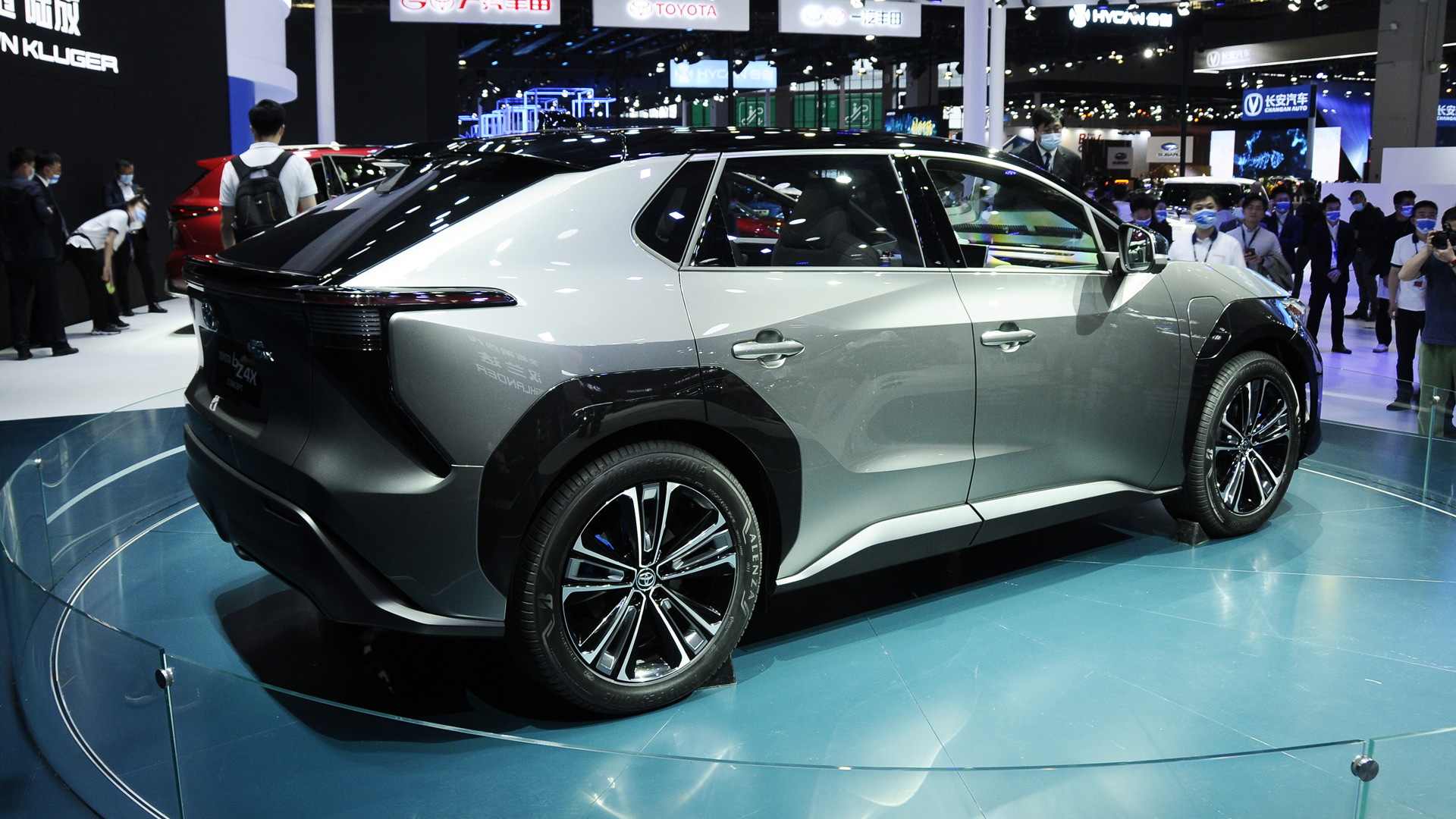 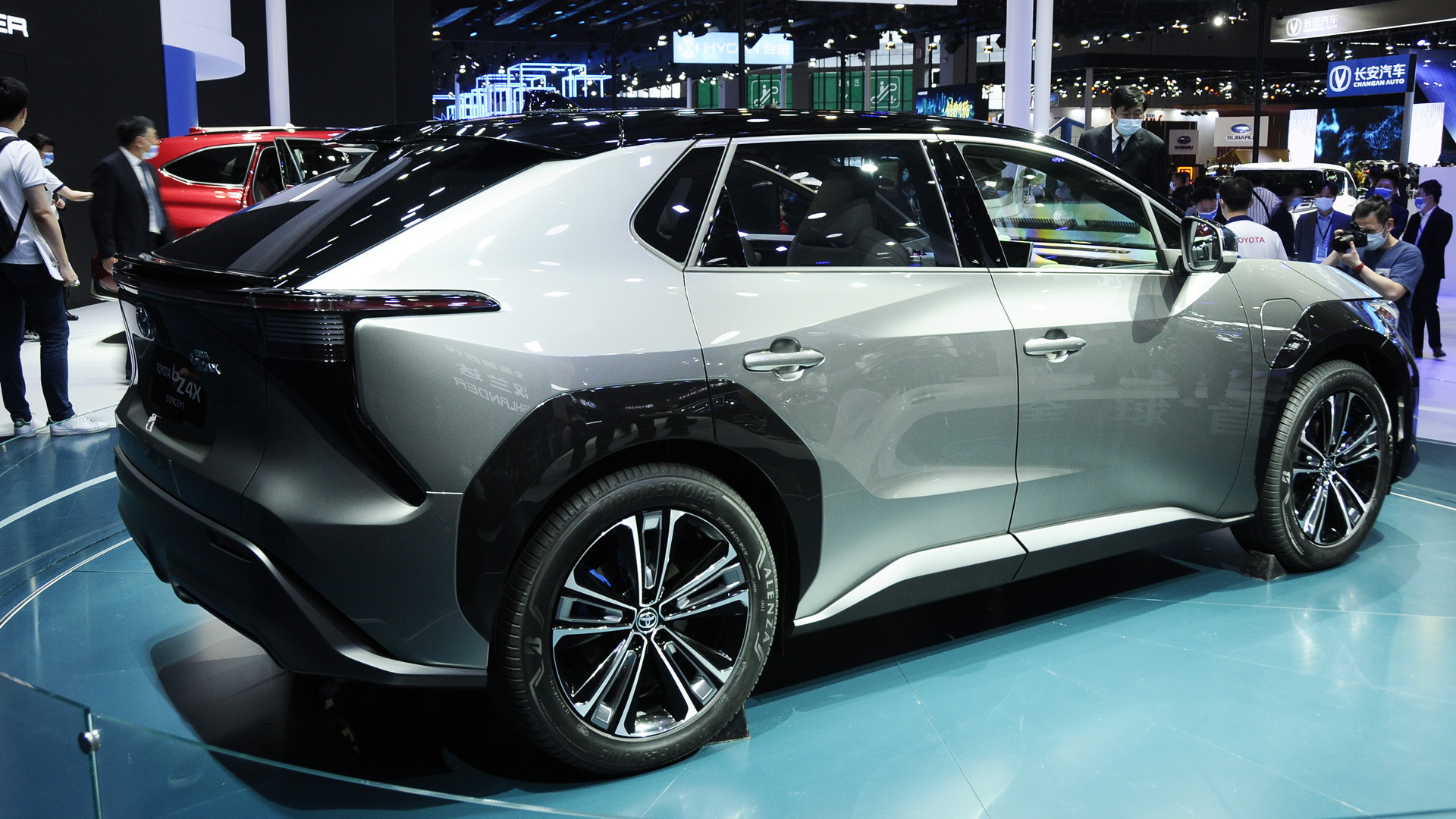 Toyota on Monday unveiled the BZ4X concept at Auto Shanghai 2021, where the automaker also announced the new BZ (Beyond Zero) sub-brand for electrified cars.

The concept, a battery-electric crossover similar in size to the RAV4, is destined to spawn a production model that we'll see by the middle of 2022, including here in the United States.

The production model is the crossover that Toyota said in 2019 it was jointly developing with Subaru which is to have its own version, similar to how the Toyota 86 and Subaru BRZ sports cars were jointly developed. The Subaru is expected to debut later this year and is rumored to be called an Evoltis.

Toyota is short on specs but we know the BZ4X, and the production model it will spawn, rides on a new dedicated platform for electric vehicles, dubbed e-TNGA. Rumors point to the platform supporting battery sizes ranging from 50 to 100 kilowatt-hours. Toyota hasn't said how quickly the BZ4X will charge, but we know the vehicle features typical regenerative brakes as well as solar panels that can help top up the battery (very slowly).

We also know the BZ4X features an all-wheel-drive system that Toyota jointly developed with Subaru.

Despite the BZ4X being roughly the size of the RAV4, Toyota said the electric platform helps free up space in the cabin and as a result gives it similar space to the cabin of a mid-size sedan. You'll also note that the streering wheel is shaped almost like an airplane yoke, a design that's quickly growing in popularity. The benefit of the design is that it doesn't block the digital instrument cluster.

Production of the BZ4X will be handled at plants in China and Japan.