Lucid Motors plans to start production of its Air electric luxury sedan in the second half of this year. With preparations underway at the company's new Casa Grande, Arizona, factory, Lucid released a video in late March highlighting its quality-control process.

The video focuses on the general-assembly area, where body shells are fitted with powertrain and suspension components. Lucid aims to do things a bit differently than rival Tesla, which emphasizes the level of automation at its Fremont, California, factory as proof of manufacturing proficiency.

"We do have some robots and we do have automation, but this vehicle is put together by humans," Art Schlaud, Lucid director of manufacturing for general assembly, said in the video. "And it takes real craftsmanship."

It also takes attention to detail. Each completed car goes through an inspection involving 180 attributes before it's released. 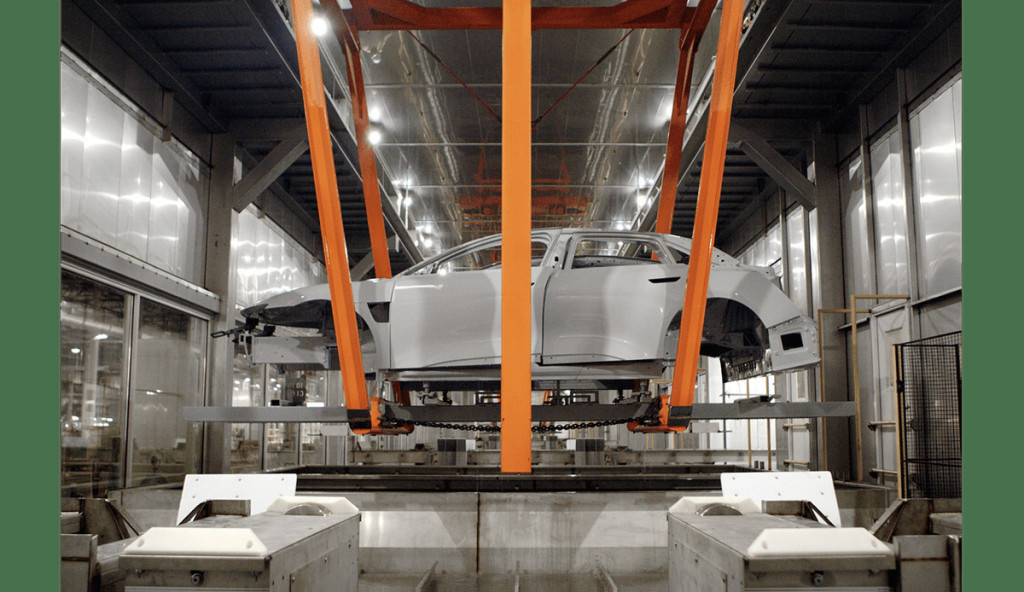 Unveiled in production-ready form last September, the Air will launch in Dream Edition spec with 1,080 horsepower, a 517-mile range, and a $169,000 price tag. Other versions will follow, including a base model starting at $77,400.

The Arizona factory—which Lucid calls AMP-1—was completed last December, and has built a handful of "release candidate" vehicles. These will be the final pre-production vehicles before the factory switches over to making customer cars, Lucid has said.

While Tesla has had trouble scaling up production—resorting to building cars in a tent outside its factory—Lucid claims its Arizona factory was designed to ramp up through planned expansions to 400,000 vehicles annually by 2026.

Lucid plans to launch an SUV codenamed Project Gravity in 2023, based on the same platform as the Air. The company has hinted at additional models, which would likely need to hit lower price points to achieve that 400,000-unit annual goal.

In the meantime, click on the video above for more information on how Lucid will assemble its cars.