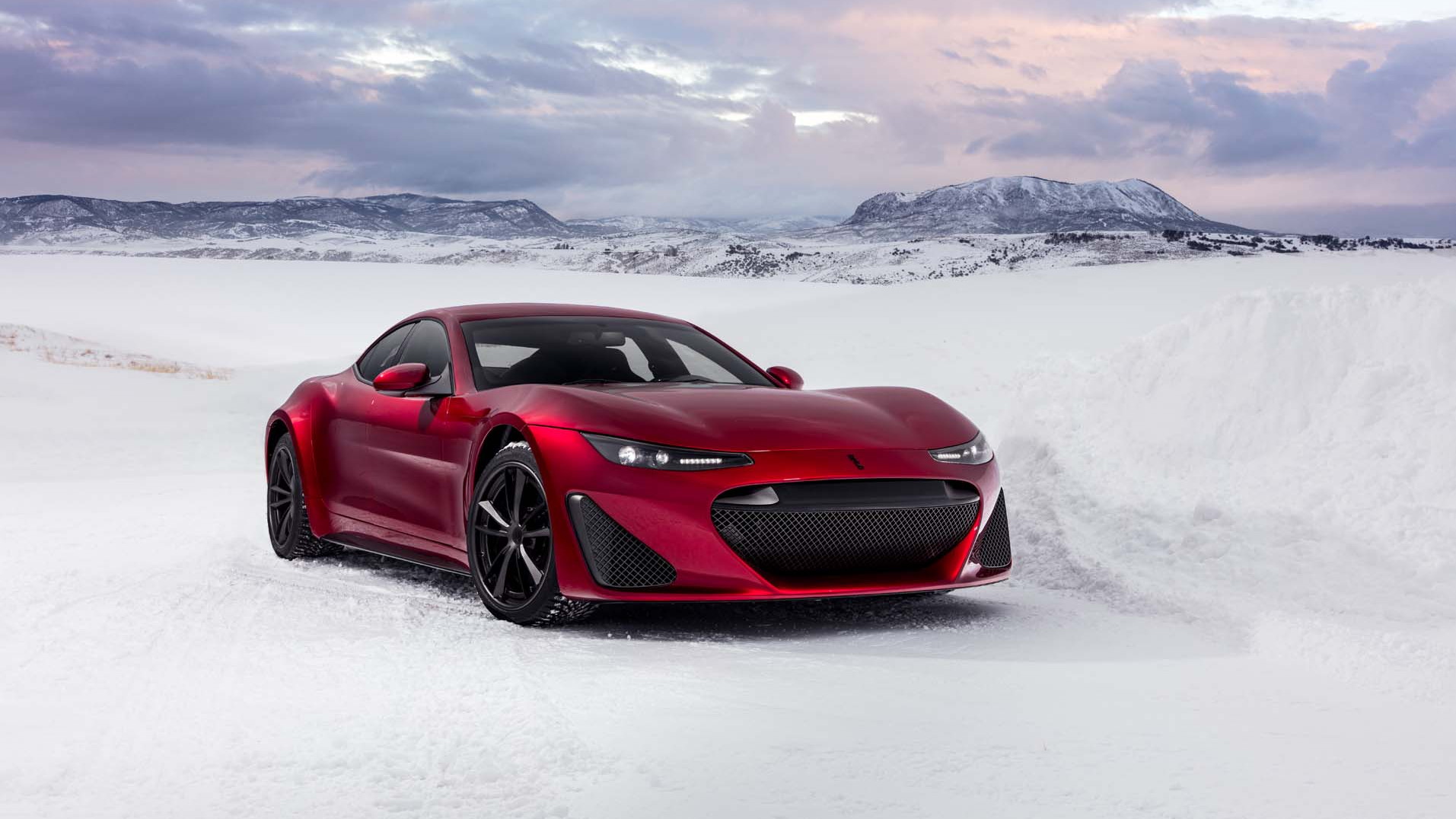 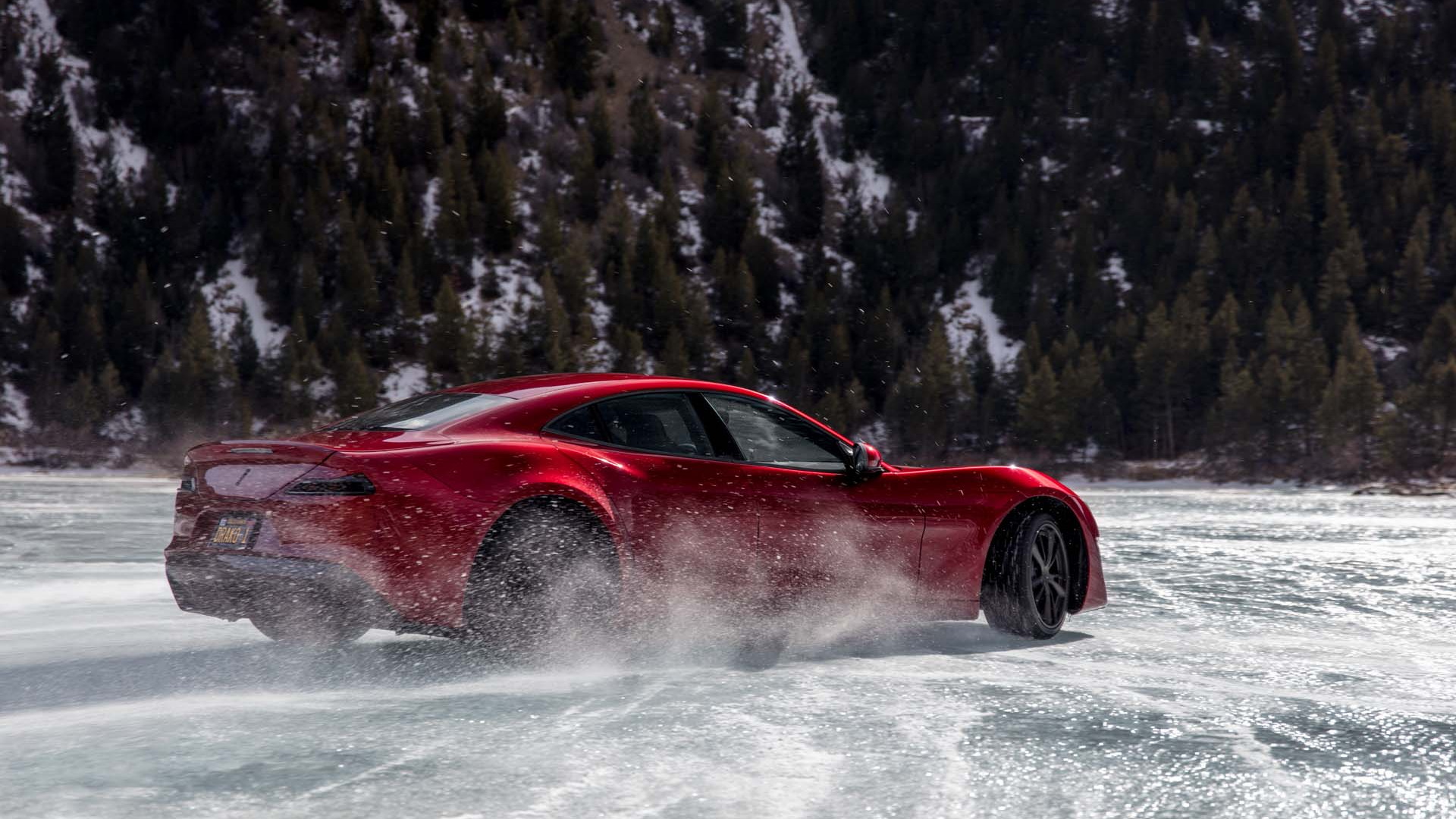 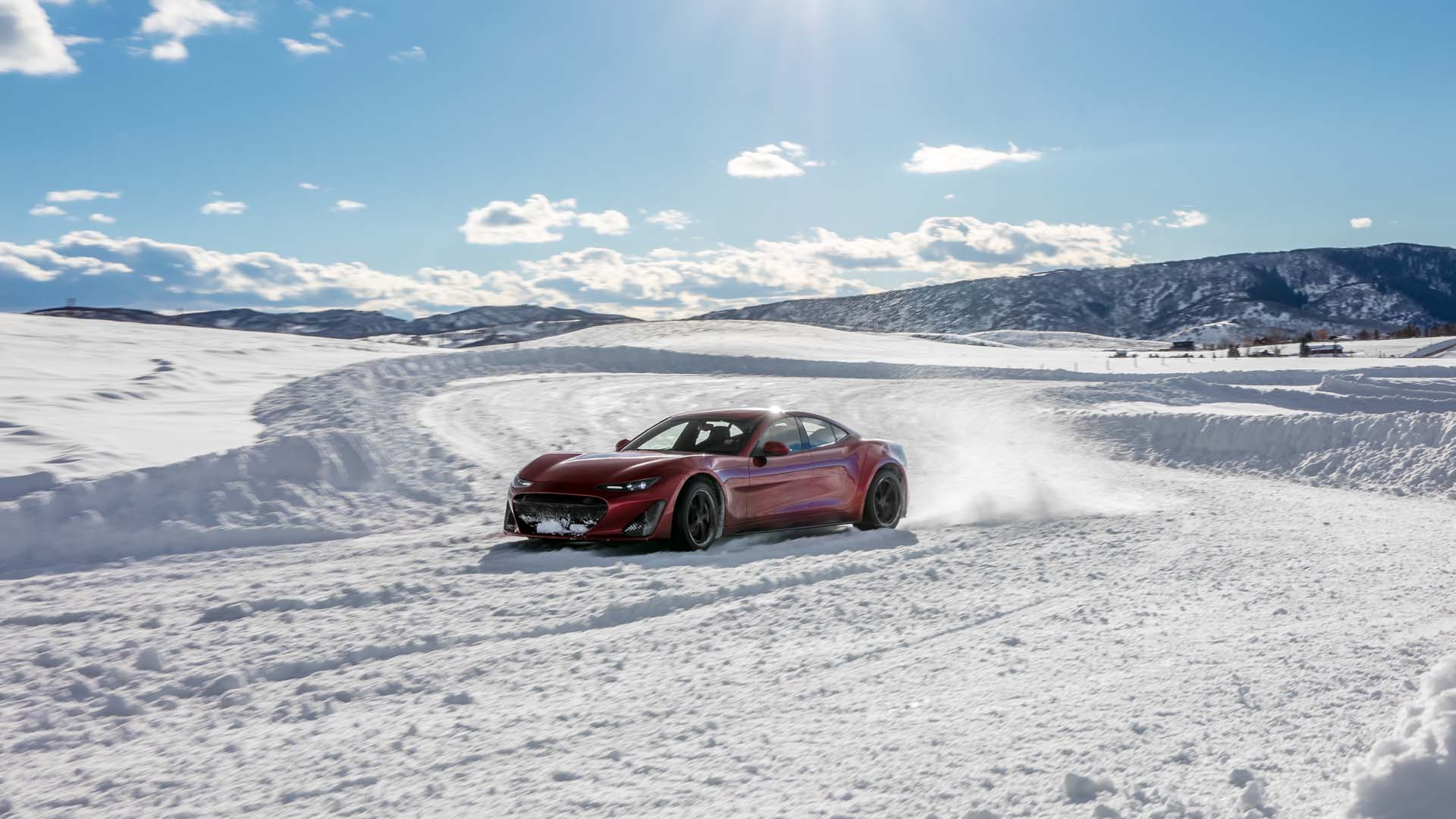 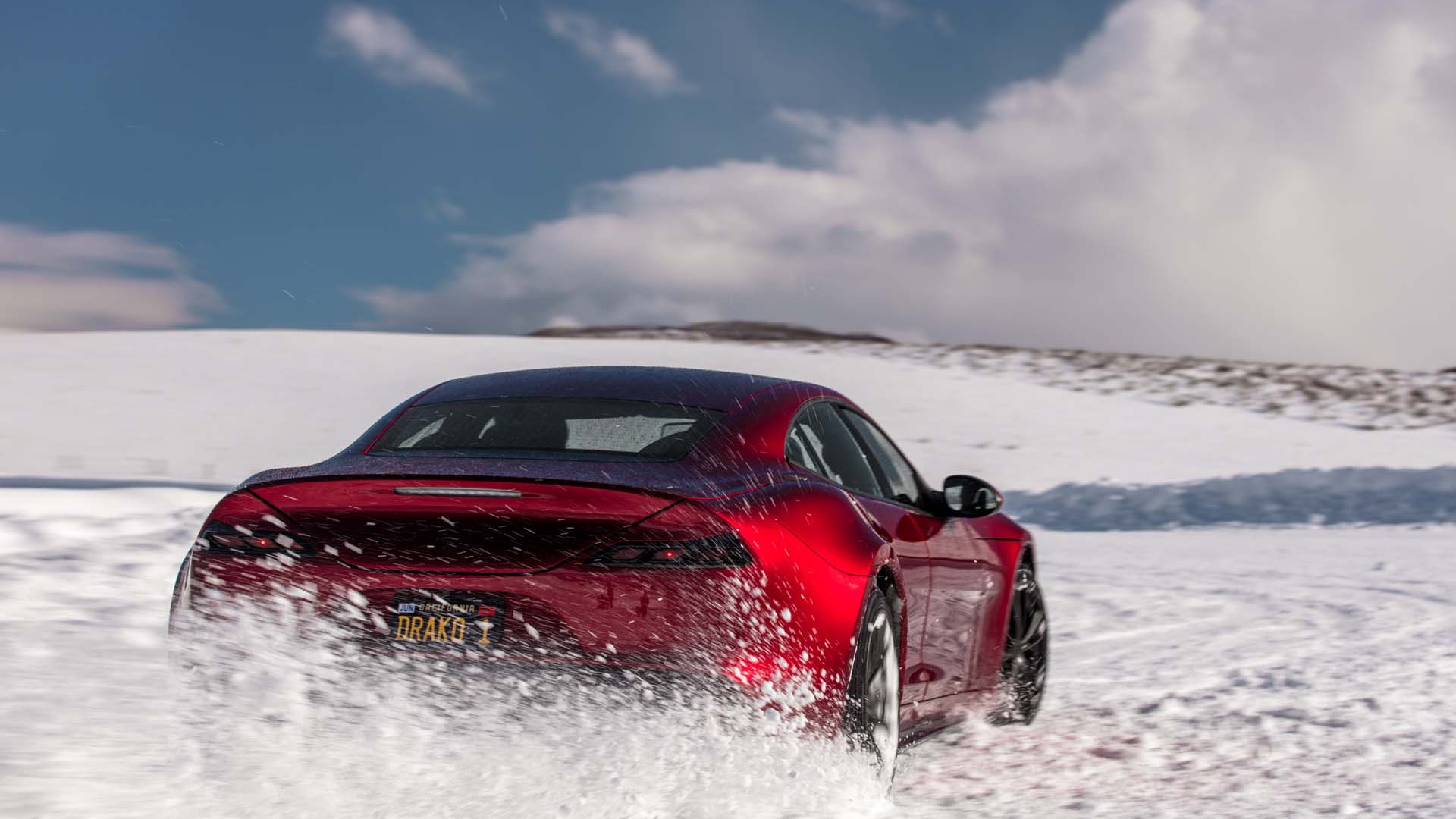 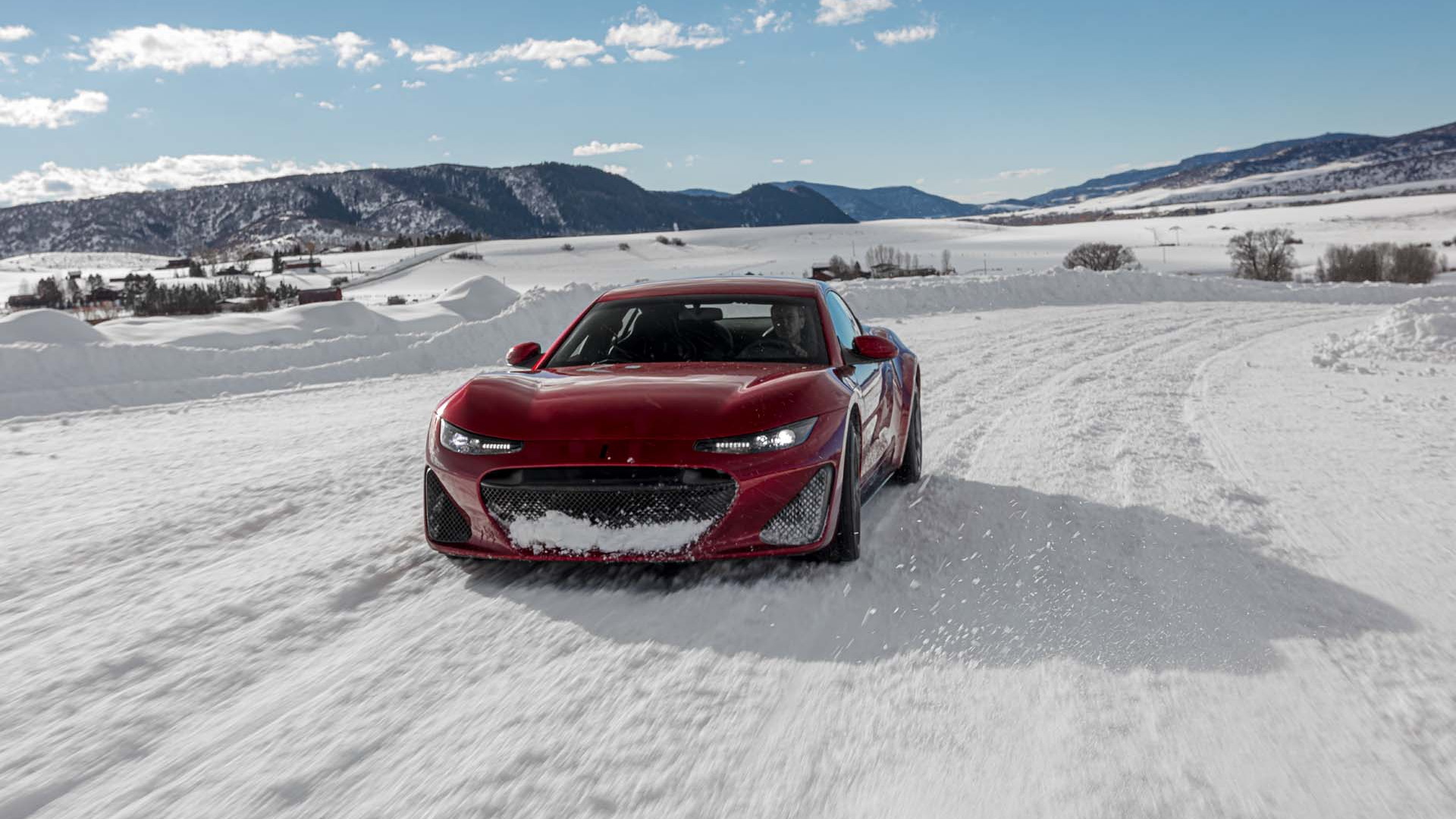 It uses the sexy body of the Fisker Karma but skips the old sedan's extended-range electric powertrain for a pure battery-electric setup with four motors mated to direct-drive gearboxes.

Each motor acts independently which results in a level of handling owners of conventional high-performance sedans can only dream of, according to Drako. The vehicle can also turn on the spot in a maneuver known as the tank turn, assuming the surface is slippery enough. This is a feature Rivian's upcoming R1T and R1S will also have.

Controlling the motors is Drako's own DriveOS software. Software is a thing the company knows as co-founders Dean Drako and Shiv Sikand made their fortunes in Silicon Valley, where Drako is based.

The DriveOS software is able to make changes to the torque at each wheel incredibly fast. To demonstrate the benefits of this, Drako invited racing drivers Andy Pilgrim and David Hackl to test the GTE in frozen parts of Colorado during the winter.

With the car's drive mode selector in its Ice setting, the drivers were able to effortlessly control the car at high speed. According to Drako, the drivers could even use the just the finger tips to control the vehicle during some intense maneuvers.

Powering each of the GTE's motors is a 90-kilowatt-hour, 450-volt battery pack. The top speed is a claimed 206 miles and the range, with more moderate driving, should come in close to 200 miles. With high-speed charging, a full charge should take approximately 30 minutes.

The GTE was originally due to start deliveries in 2020 but this will now happen in 2021.