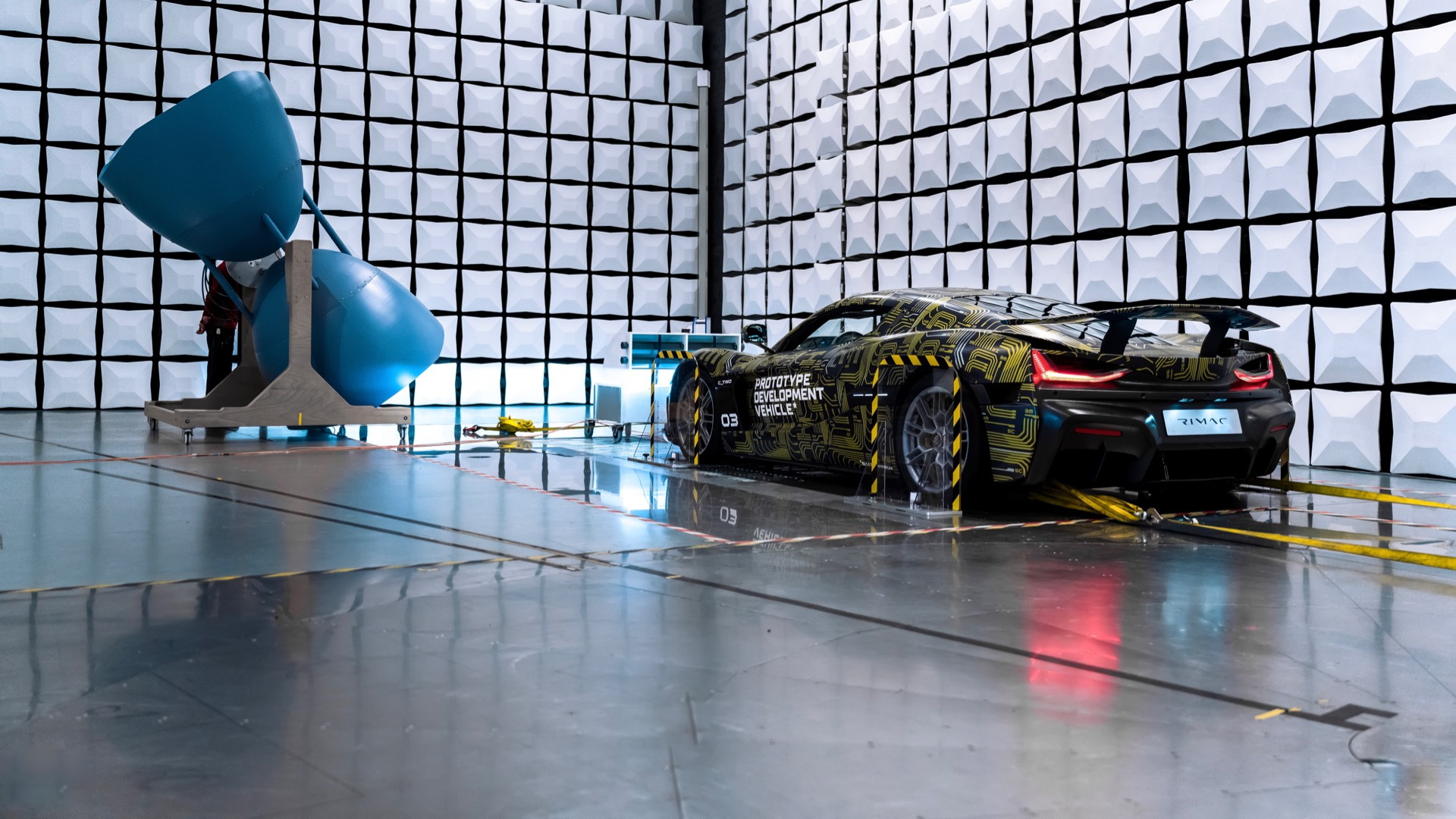 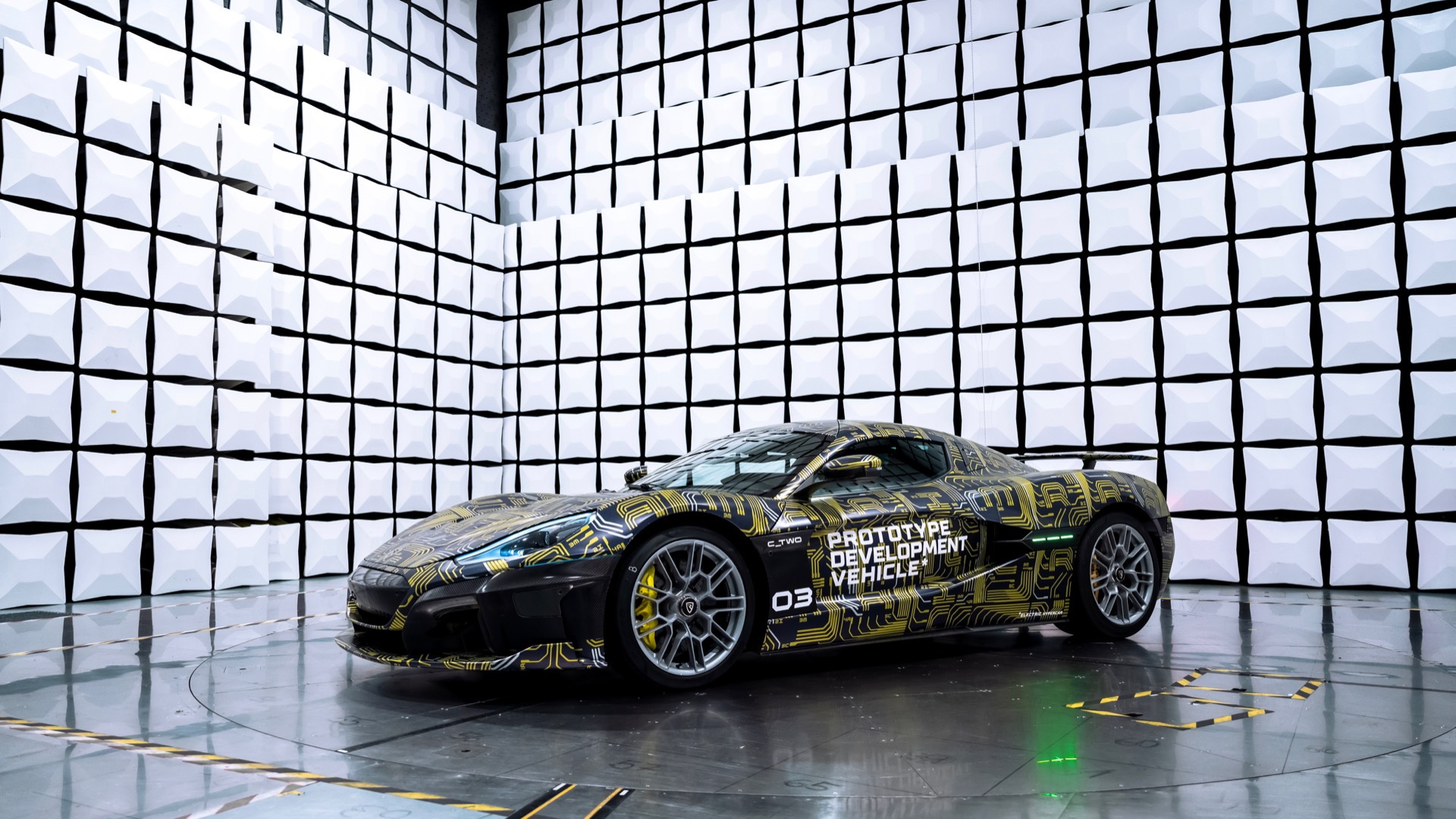 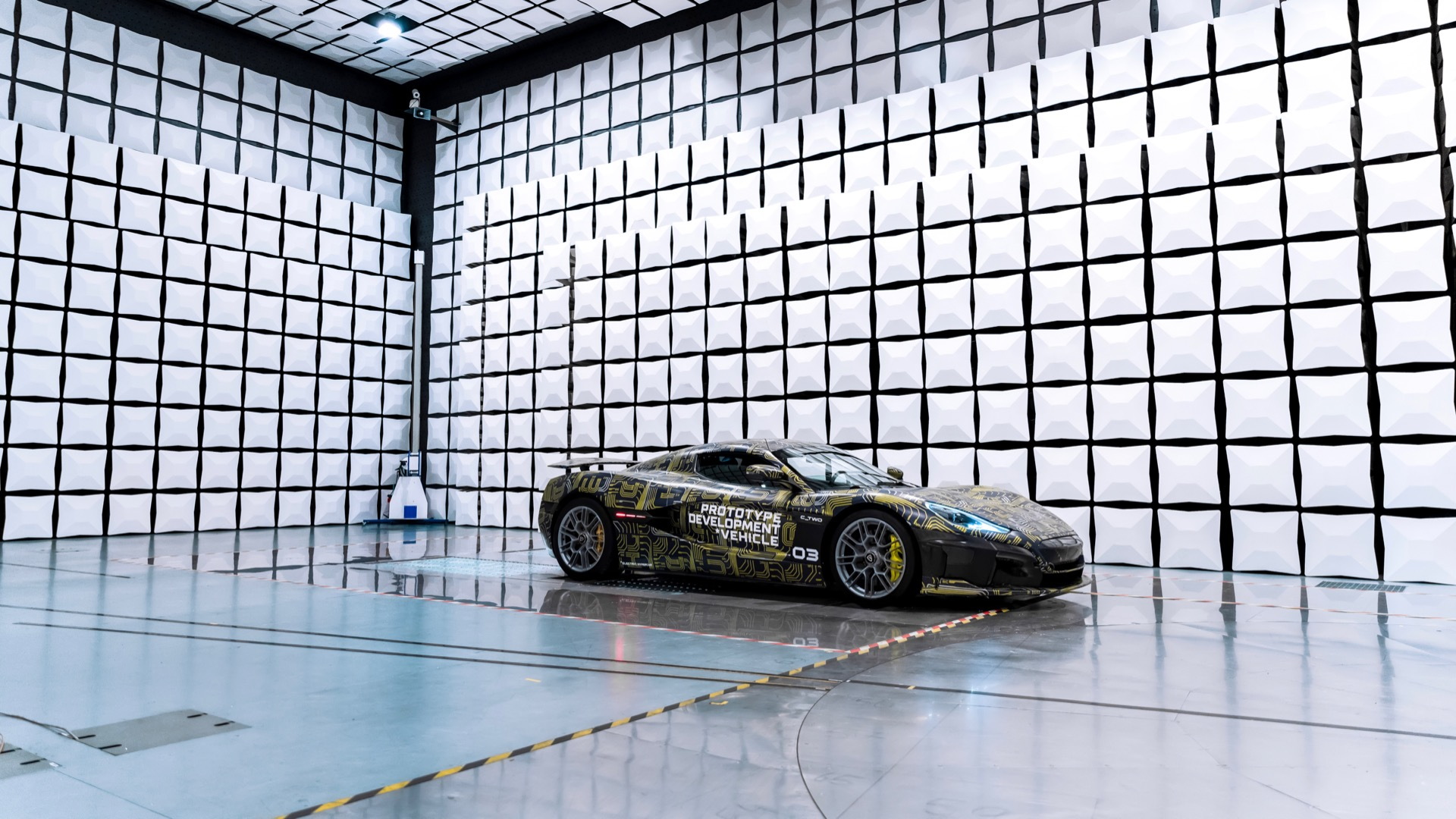 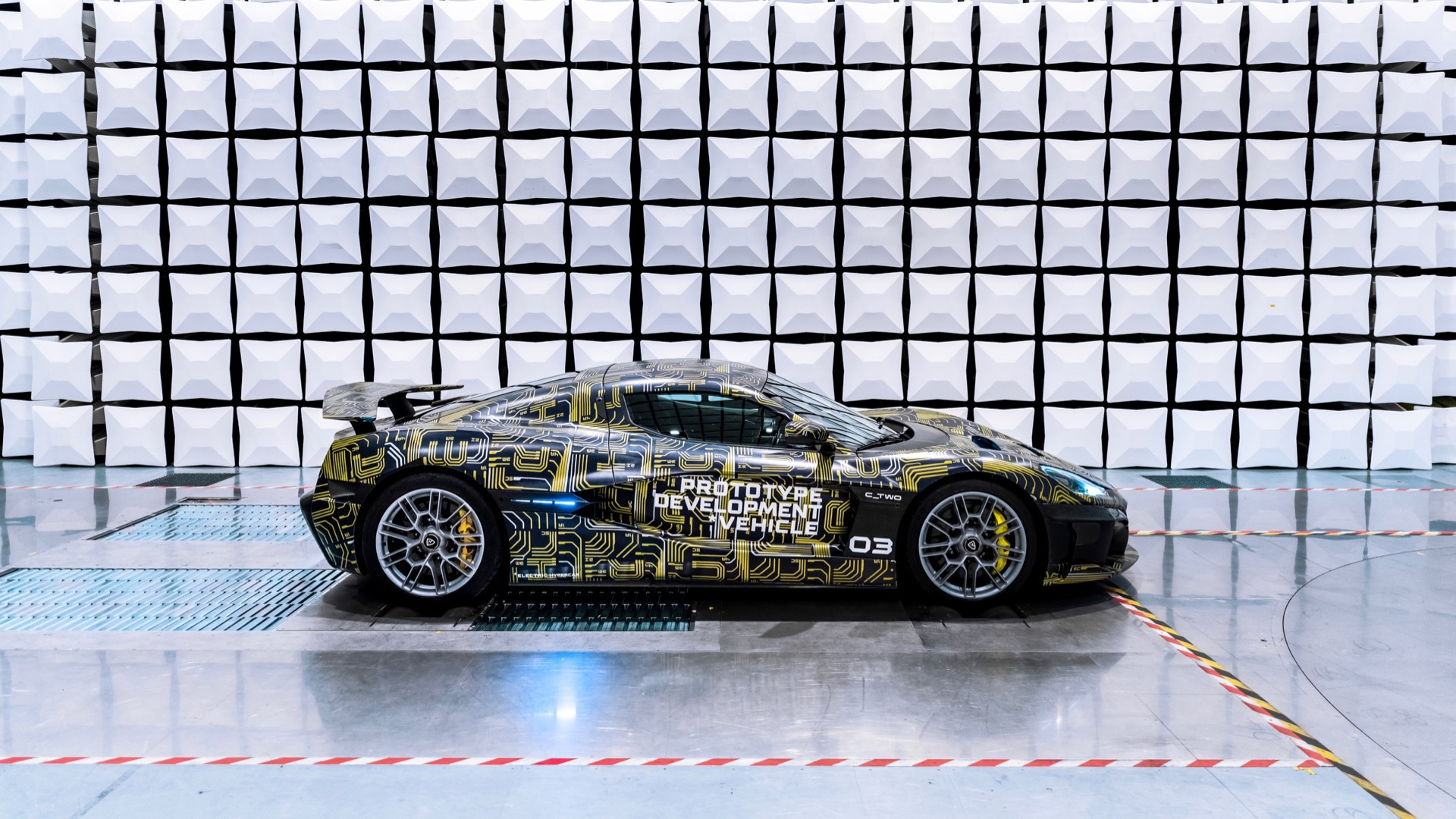 The Rimac C_Two electric hypercar is undergoing homologation ahead of a planned start of deliveries in 2021. Part of that process involves testing for electromagnetic emissions, the Croatian company explained in a short video.

All electronics—including those used in cars—produce some amount of electromagnetic emissions. Those emissions can also interfere with electronics.

That means if a car's emissions are too high, traffic lights, speed cameras, and cell communications could be disrupted, while if a car's onboard systems aren't properly shielded, outside emissions could interfere with things like air conditioning or the radio.

To prevent either issue, the European Union requires electromagnetic-emissions testing in order for cars to be homologated for sale, Rimac said, adding that electric cars produce a much higher level of emissions than internal-combustion vehicles. That's to be expected, as electric motors are a major potential source of electromagnetic emissions. 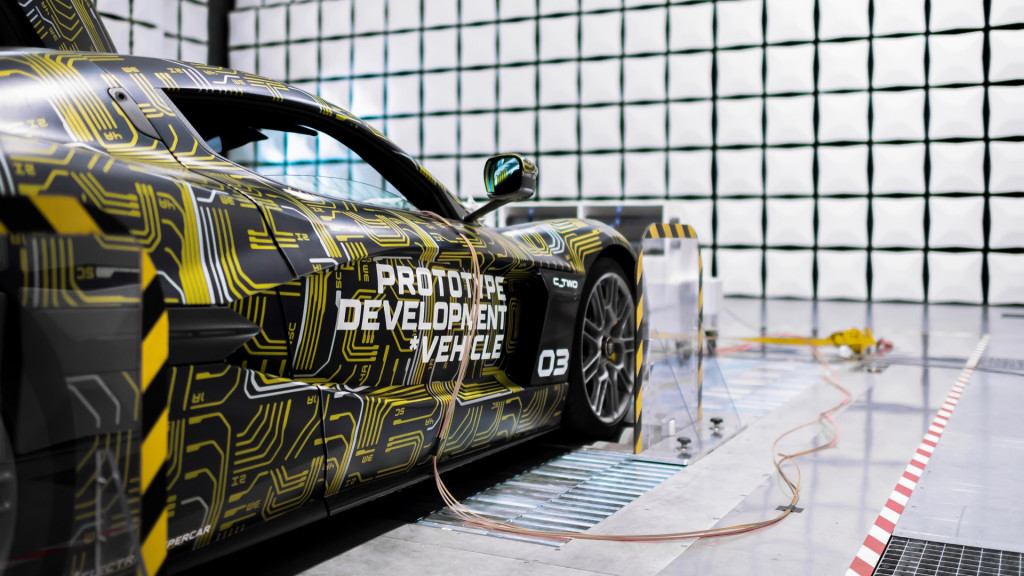 Under the ECE R10 testing standard, cars are placed in a semi-anechoic chamber, which is sealed off from outside electromagnetic emissions to ensure accurate test results. Cars are then driven at specific speeds on a dynamometer, while subjected to radiation of between 20 MHz and 20 GHz.

With the radiation bombardment underway, accessories like air conditioning, lights, and windshield wipers are turned on to ensure they work properly. In the case of the C_Two, different drive modes needed to be tested as well.

Once the initial test is completed, Rimac completely disassembles its prototype cars, makes any necessary tweaks, reassembles the cars, and runs the test again. It's all part of the process of putting a new car on sale—even a 1,914-horsepower electric hypercar with a very limited production run.

When it unveiled the C_Two in concept form at the 2018 Geneva International Motor Show, Rimac said it would build just 150 cars. Rimac views itself more as a tech firm than a maker of cars, and has since attracted investments from Hyundai and Porsche that will likely see its technology incorporated into their cars.