Sequential and dual-clutch gearboxes both allow you to manually select gears without a clutch pedal, but that doesn't mean they're the same. This video from parts supplier FCP Euro explains the differences between these two types of transmission.

In addition to selling parts, FCP Euro has a race team that ran the Volkswagen GTI TCR for two seasons. That provided a good opportunity for a gearbox comparison, as the TCR race cars started out with a modified version of VW's Direct Shift Gearbox (DSG) dual-clutch transmission used in the GTI road car, but were later upgraded with Sadev sequential transmissions.

The internal layouts of the two transmissions are very different. The TCR-spec DSG has two input shafts, each with three gears. They're positioned on either side of an output shaft, which sends power to the axles (one of which is shorter than the other), and engage the shaft using synchronizers, just like other modern road-car transmissions. 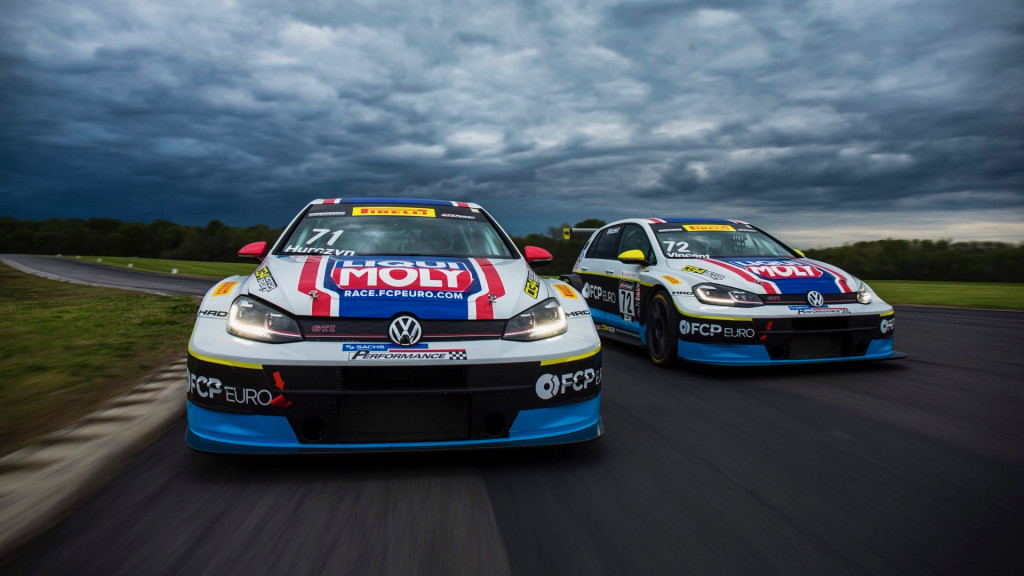 The sequential gearbox has all of its gears lined up on one input shaft, and they engage the output shaft using dogs. That allows for no-lift shifts, but also requires the use of a rotating barrel instead of shift gates. This transmission also allows for equal-length axles, helping to control torque steer in the front-wheel drive GTI TCR race car. FCP Euro reckons it's about 100 pounds lighter than the DSG, too.

Overall, the main difference between a sequential and dual-clutch transmission is that one is designed for racing, and one isn't. VW's DSG transmission shifts quickly, but it's also designed to be smooth and quiet. Sequential gearboxes are loud, and require significant force to engage gears. The Sadev gearbox's lightweight flywheel and tiny clutch also make it pretty much useless for low-speed driving. But none of that matters in a race car, where it's all about getting the power to the ground as quickly and efficiently as possible. For that job, a sequential gearbox is the better choice.

Car Tech Evergreen How It Works