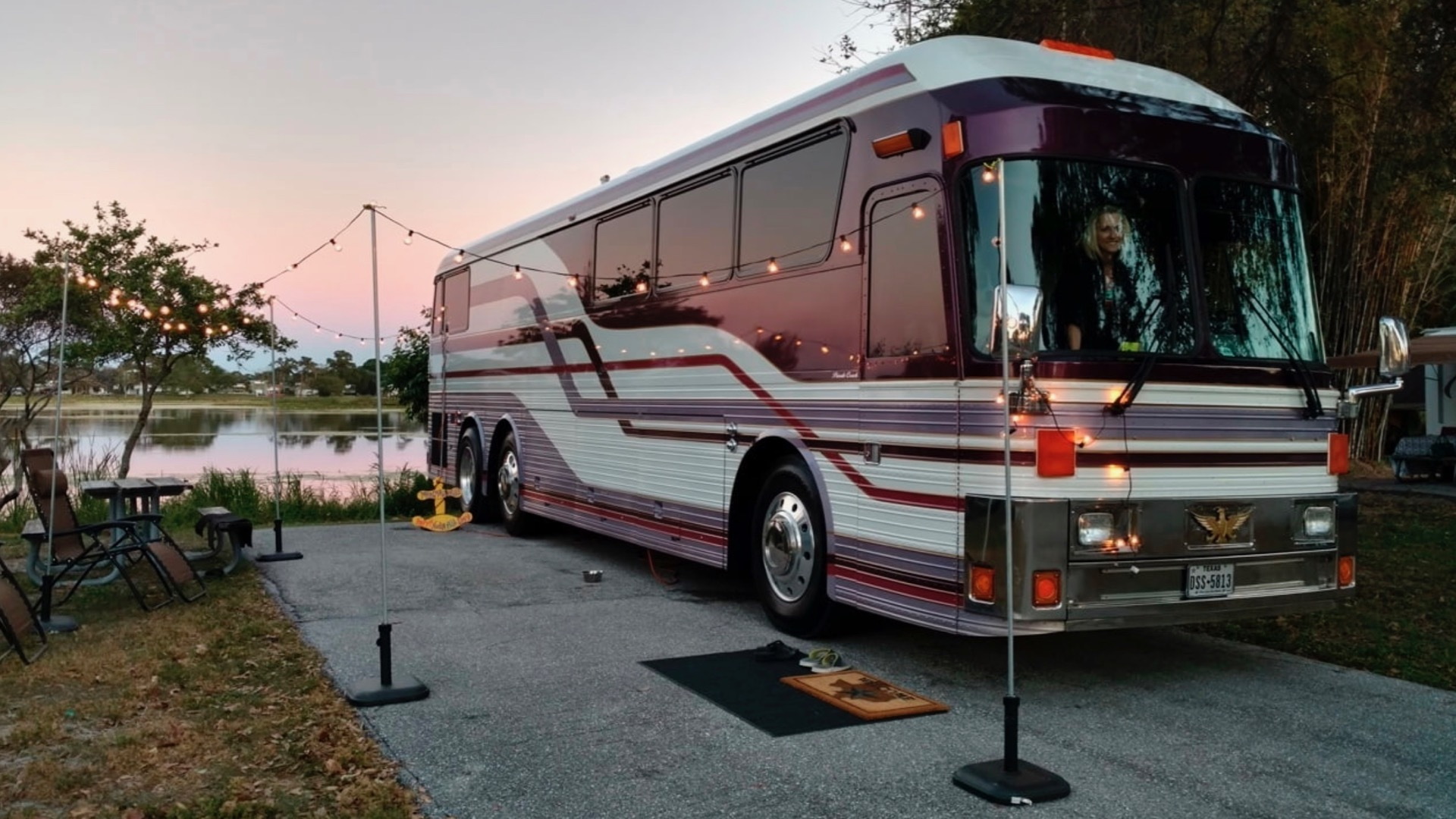 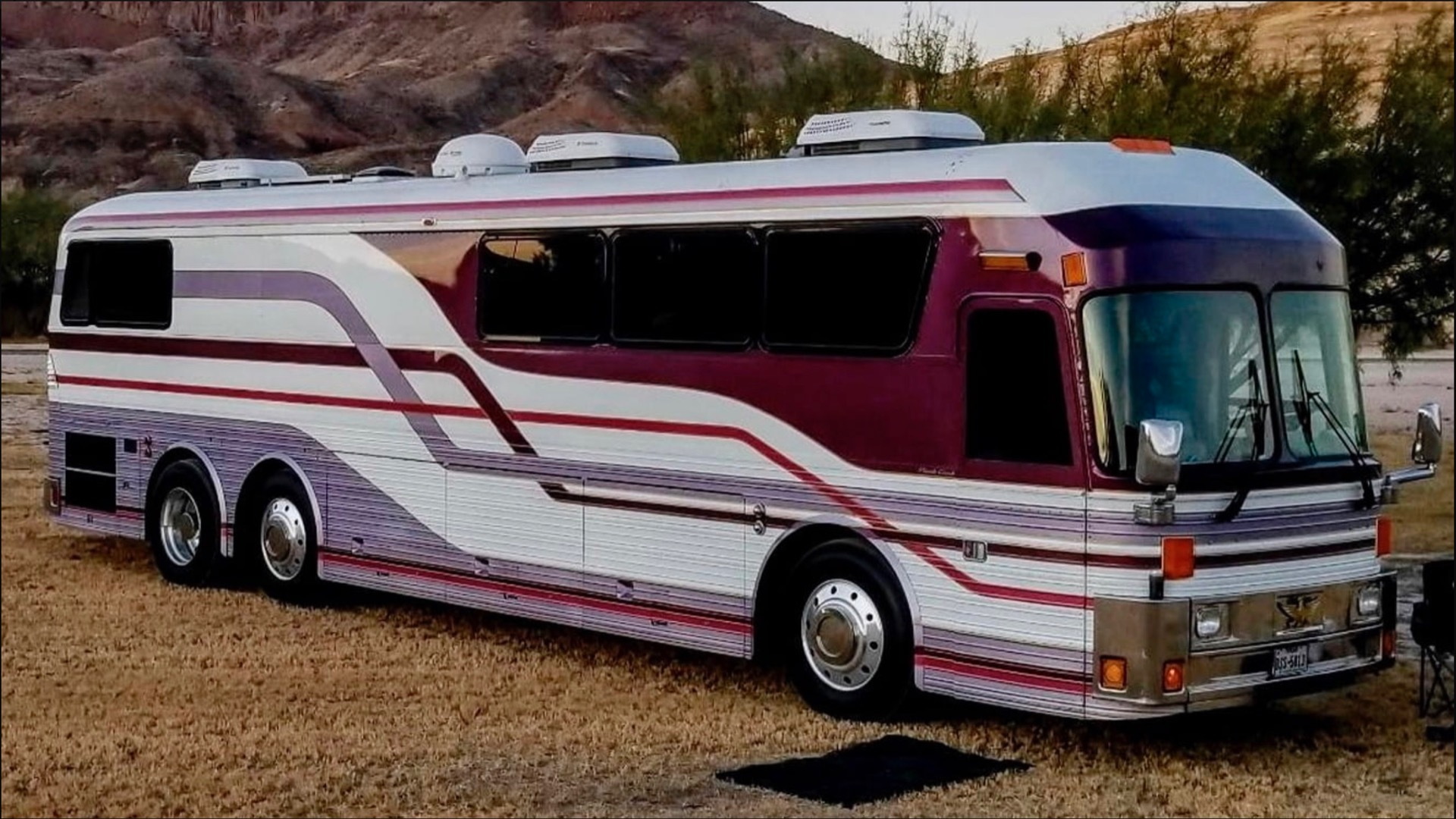 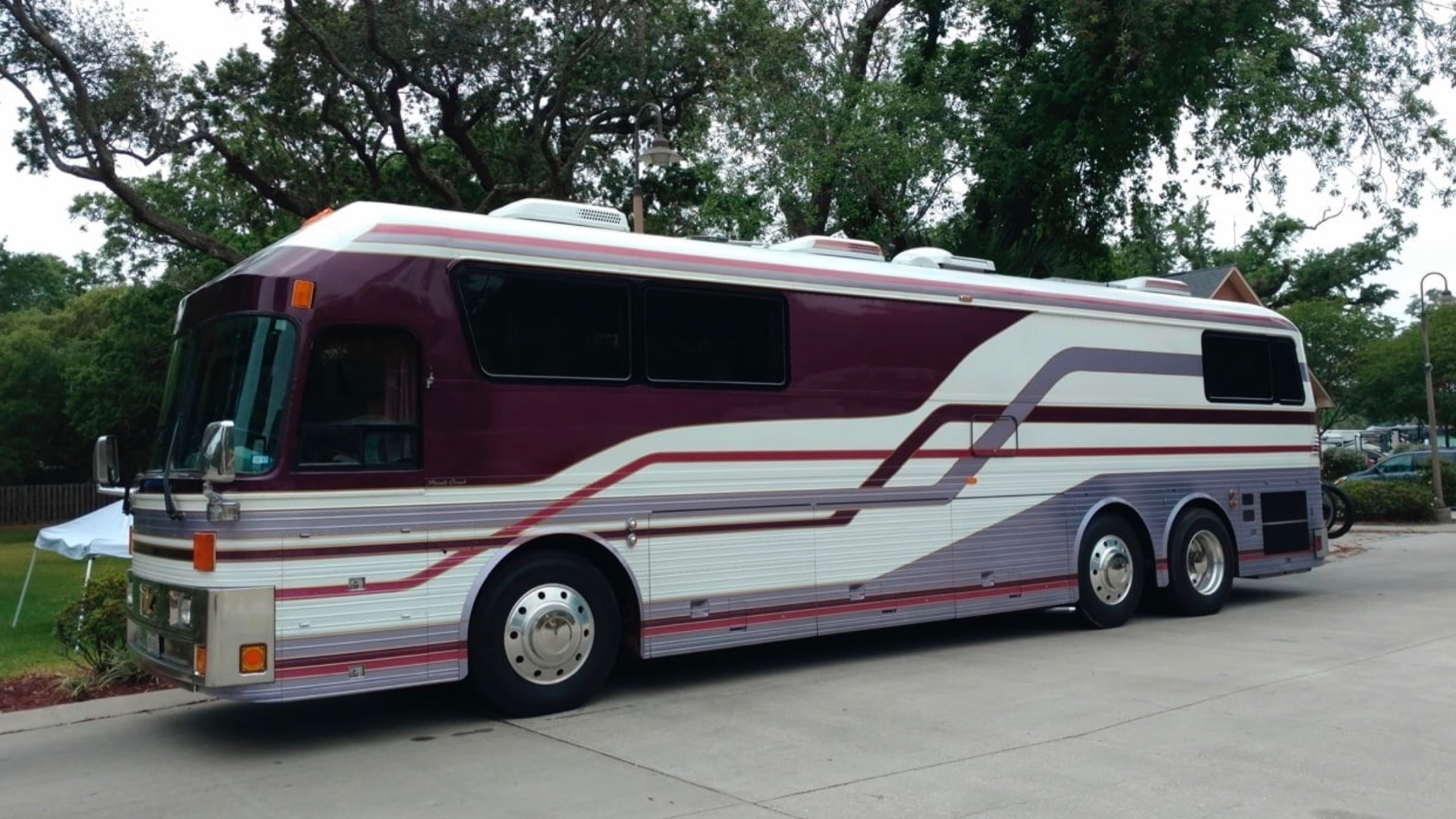 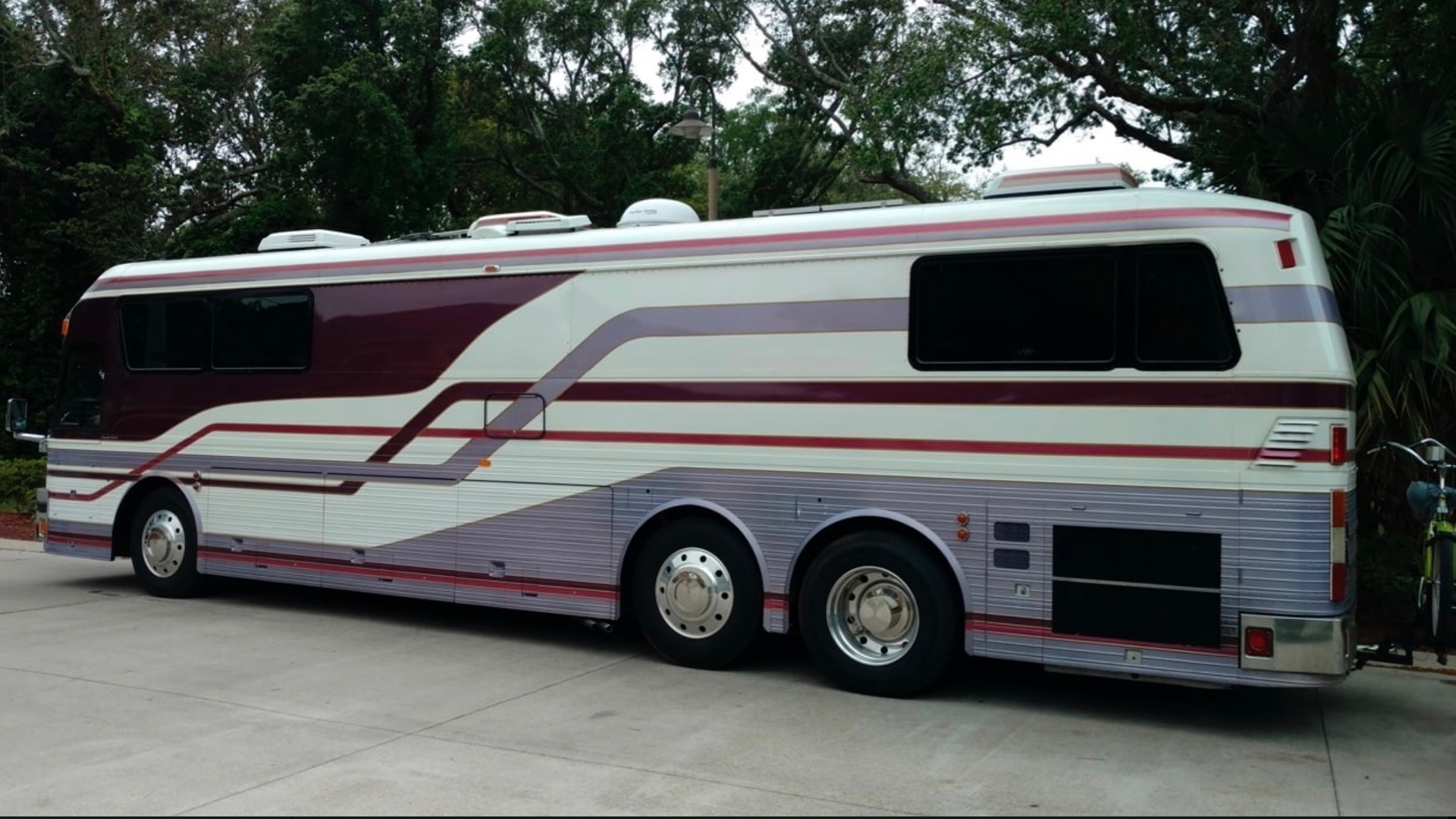 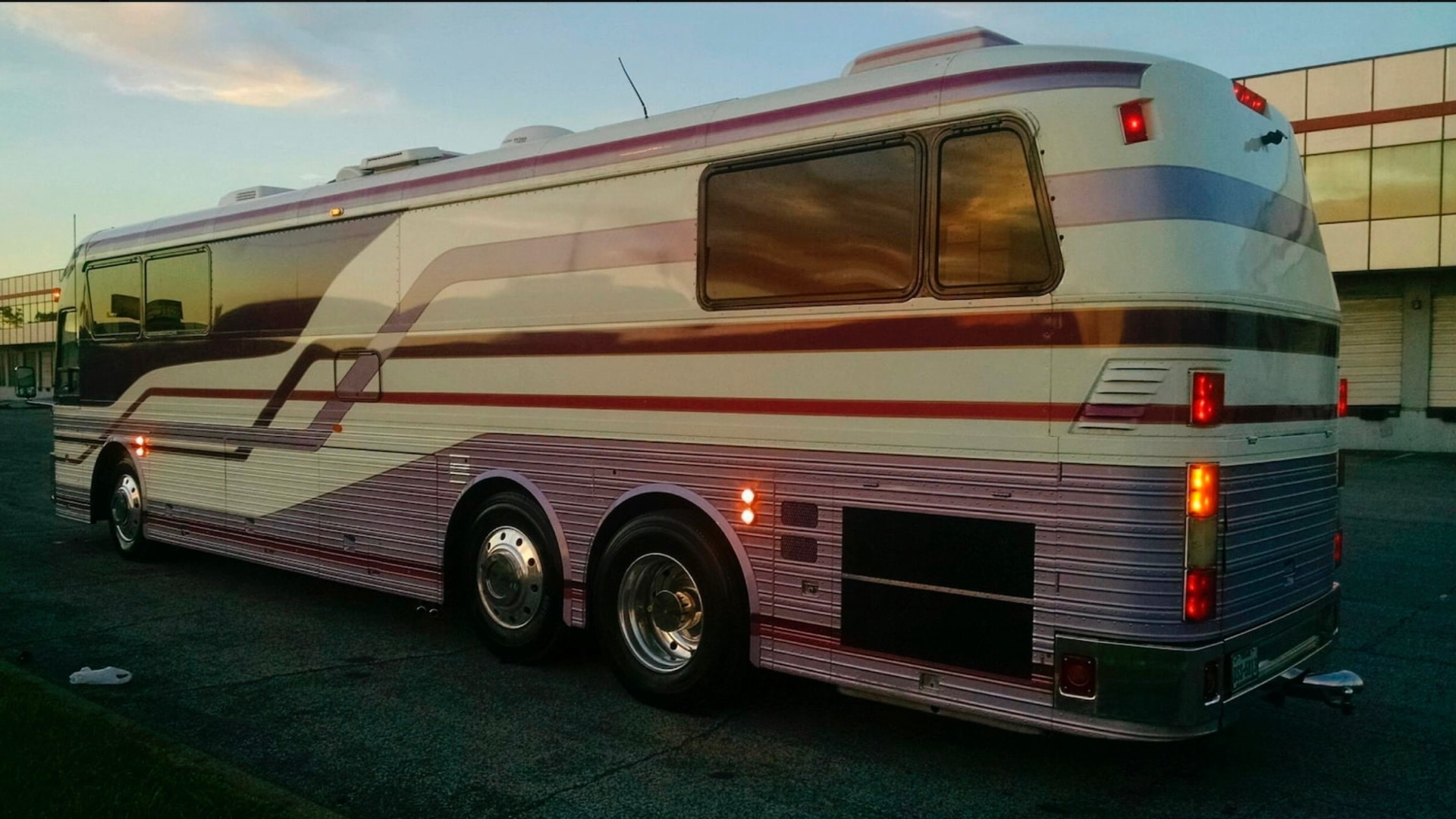 The 1984 release of the album Purple Rain and accompanying movie brought Prince to the height of his fame. Prince went on tour that year to promote the album, and now the bus that served as his home on the road is scheduled to be auctioned off by Mecum in December.

First spotted by Silodrome, the bus is a 1983 Eagle Model 10 painted in multiple shades of purple (obviously), with a custom interior that can house up to six people. It sports captain's chairs from a private jet, plus a bathroom, kitchen, and couch that pulls out into a double bed.

Based on a chassis that would have also been used for intercity buses operated by the likes of Greyhound, the tour bus is powered by a Detroit Diesel 6V92 engine which produces 270 horsepower and 737 pound-feet of torque. A separate Power Tech 20-kilowatt diesel generator provides power for everything onboard, drawing from the main fuel tank.

A subsequent owner made a few modifications, including flatscreen televisions and onboard WiFi, but otherwise the bus appears to be in largely original condition. All service manuals, records, and maintenance receipts are included in the sale.

Mecum noted that the bus has been a private motor coach since new, and has never been used commercially, but did not list mileage. The listing does say that the bus rides on three-year-old tires, and has a one-year-old engine battery and deep-cycle house batteries.

If you're a Prince fan, or just looking for a unique RV, the auction runs December 3-5.