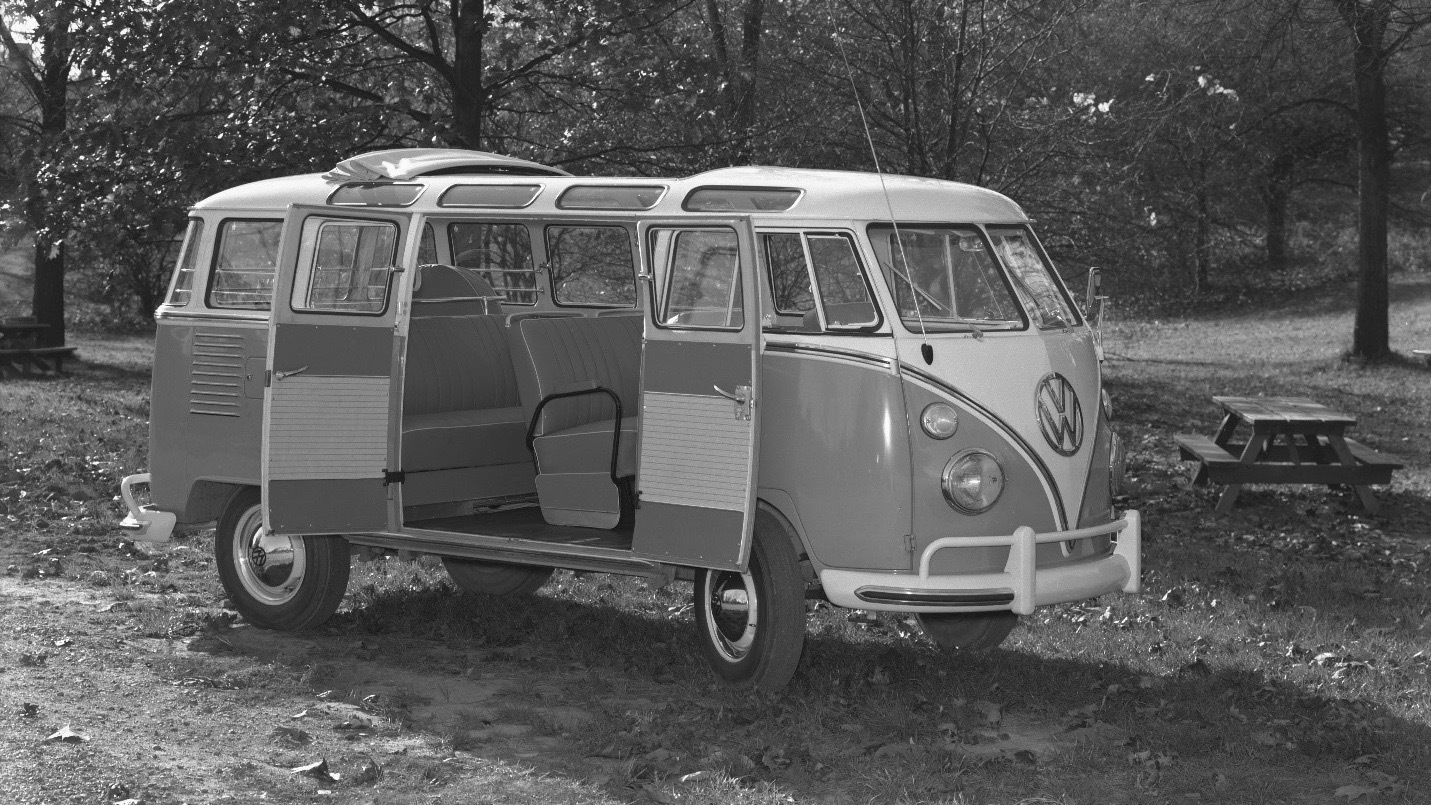 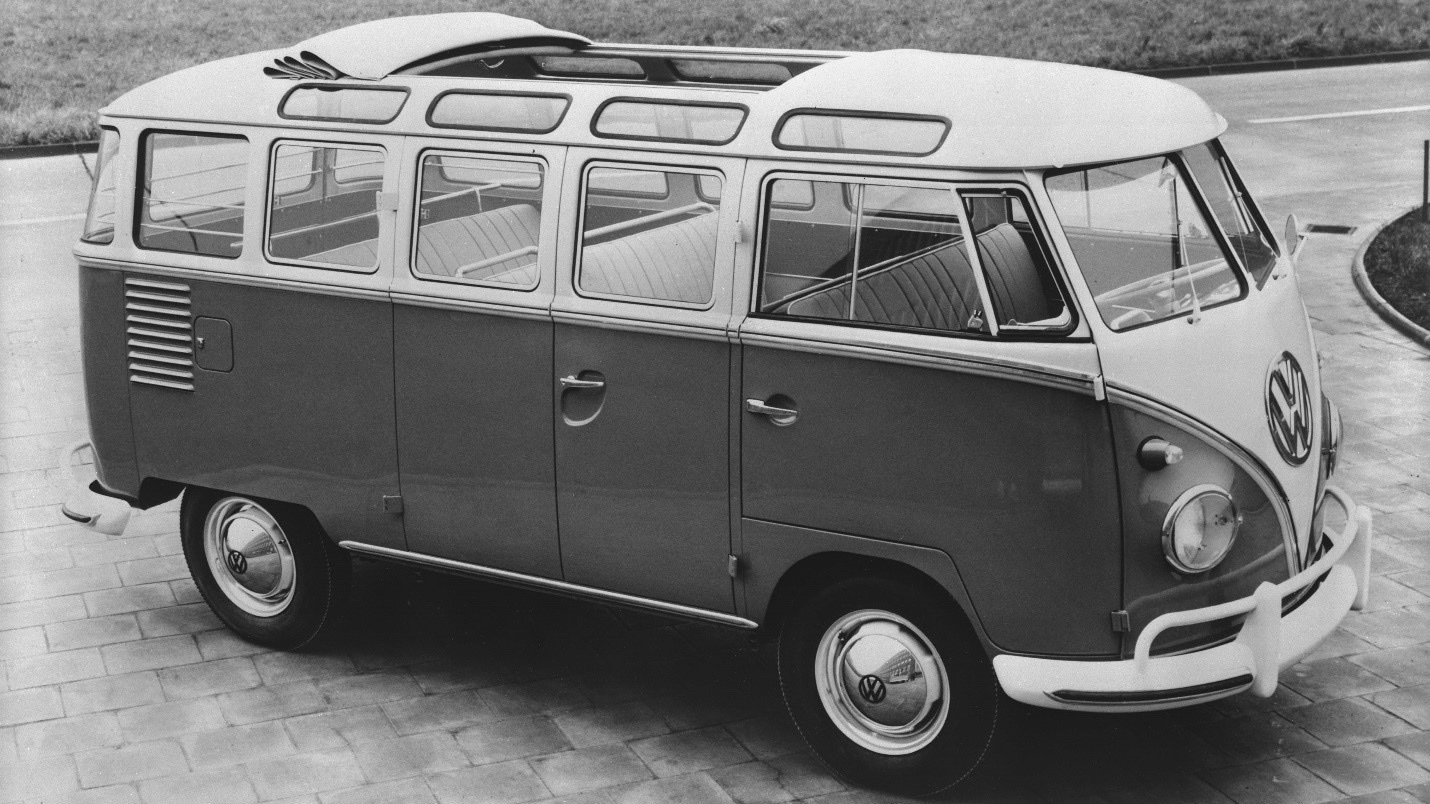 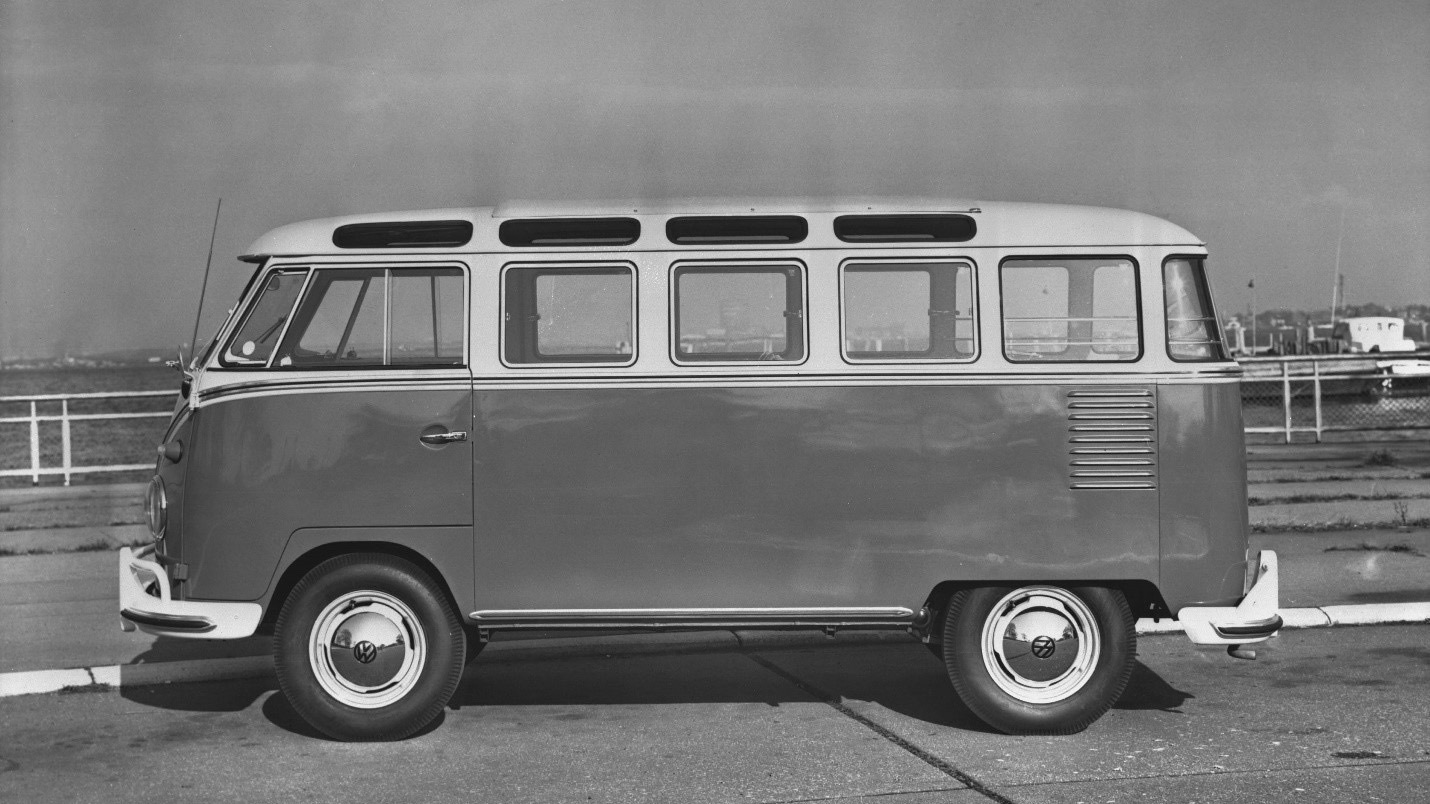 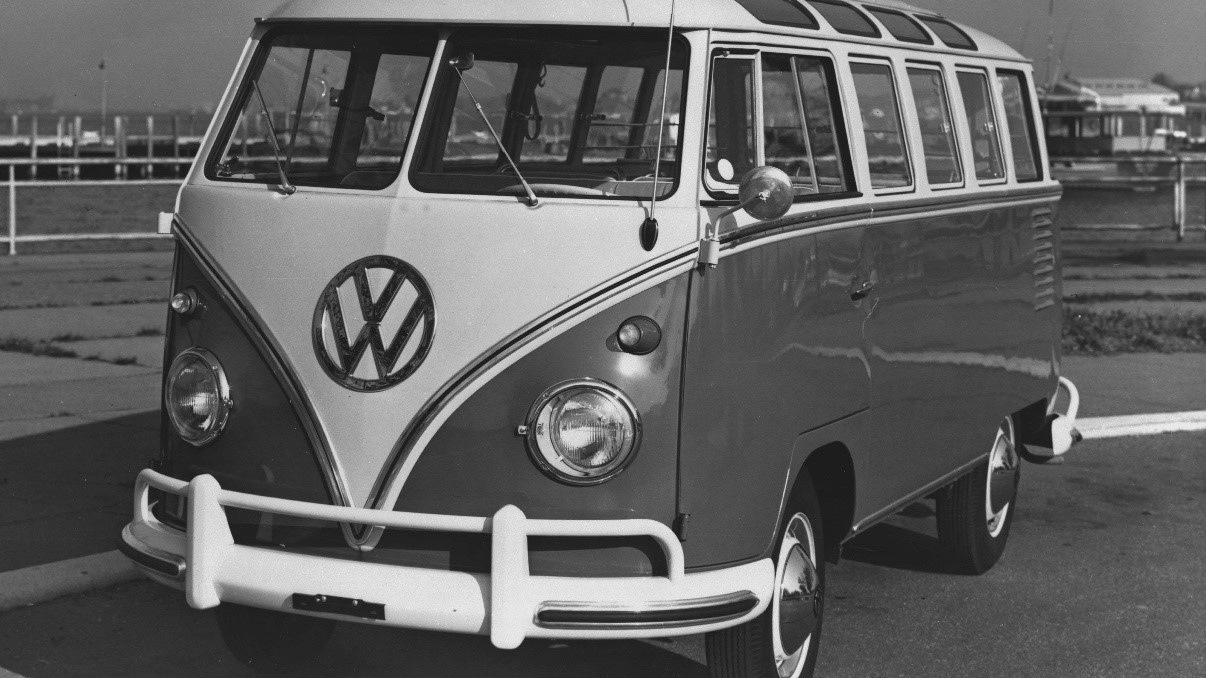 Over five decades, the 23-window Volkswagen Microbus went from hippie icon to valuable collectible. Recently, VW dug into its archive for information and historical photos of this rare version of a 1960s icon.

Officially called the "Deluxe Microbus with Samba package" in the United States, the 23-window Microbus was originally designed for touring the Swiss Alps—hence the large number of windows.

That 23-window count includes eight skylights (four on each side of the vehicle), two curved rear windows, five side windows, a retractable skylight, and the split windshield. Just two color combinations were offered when new: Mouse Gray with a Pearl White top, or Sealing Wax Red with a Chestnut Brown top.

Also known as the Type 2, the Microbus was known for its looks and utility, not performance. Its air-cooled flat-4 engine produced 53 horsepower, making for leisurely acceleration. Power was sent from the rear-mounted engine to the rear wheels through a 4-speed manual transmission.

VW offered a number of body styles, including pickup truck and cargo-van versions, but only 5-10% had the 23-window configuration, according to the automaker. Consequently, they are now quite valuable. In 2017, a 23-window 1961 Microbus sold for $291, 500, setting a record for the model, VW noted.

VW is close to launching a spiritual successor to the Microbus. Unveiled in concept form in 2017, the ID Buzz sports retro styling inspired by the Microbus, but with an electric powertrain and MEB underpinnings shared with other recent VW electric cars. It's expected to launch in the United States in 2022.