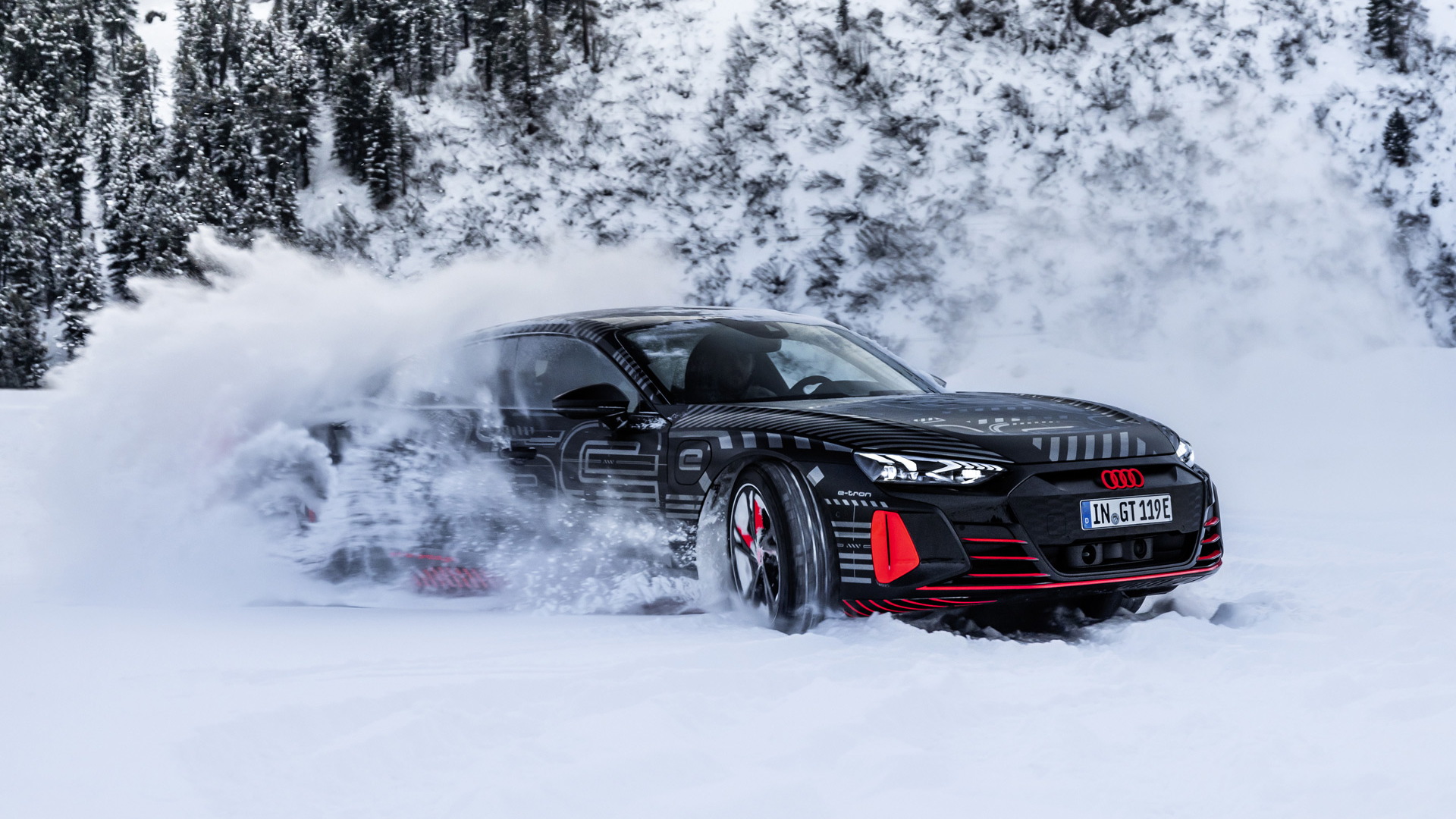 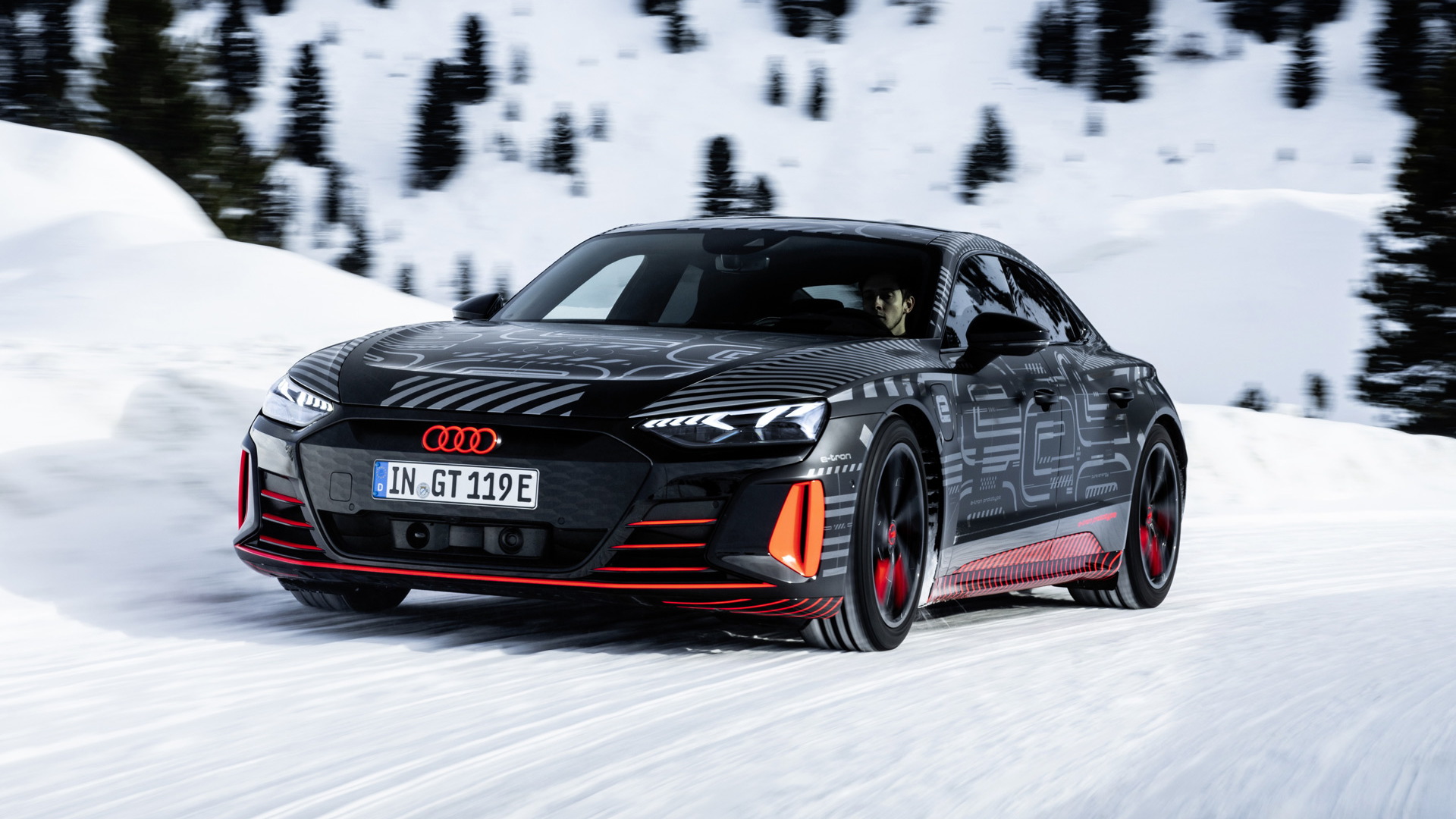 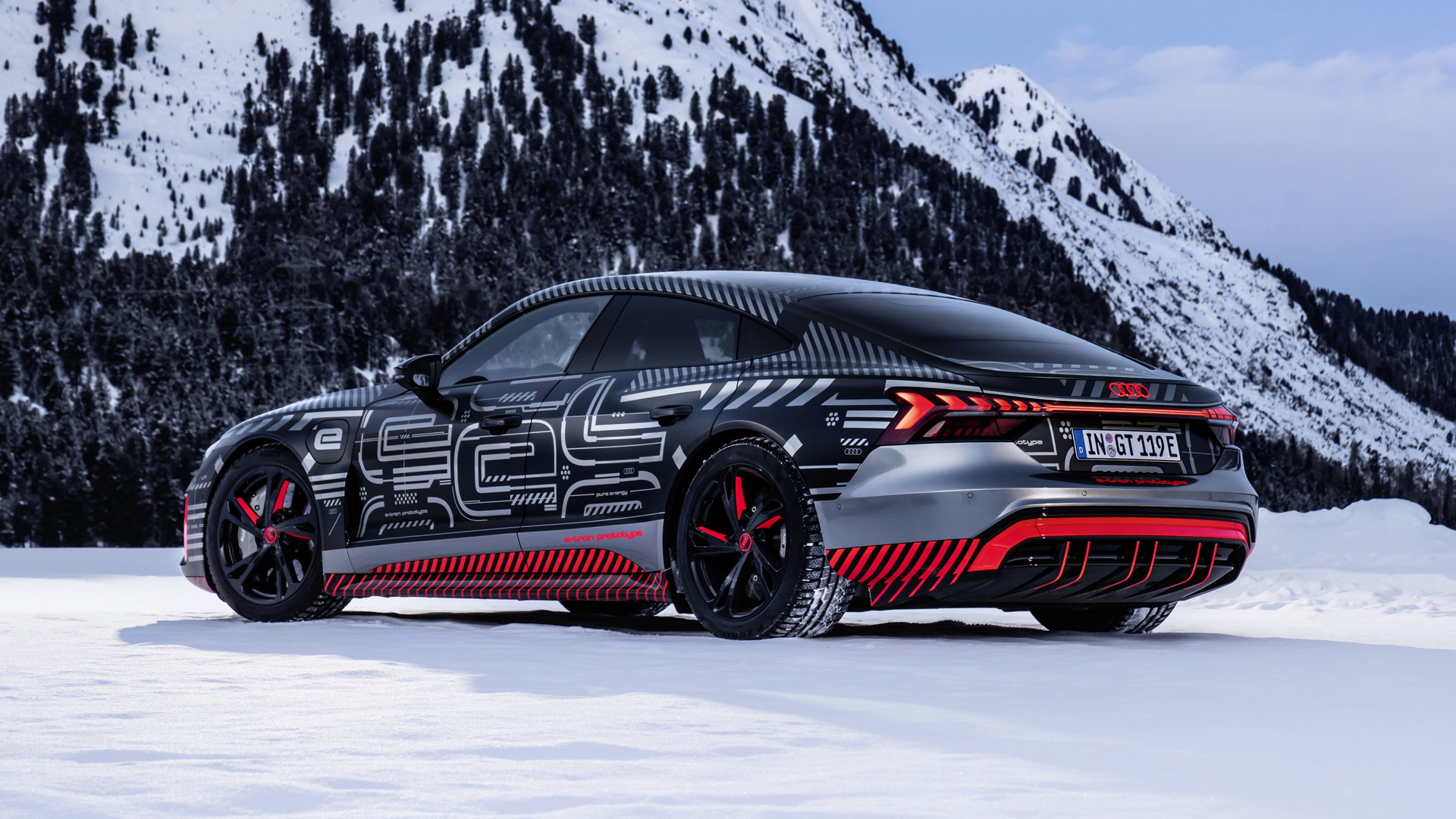 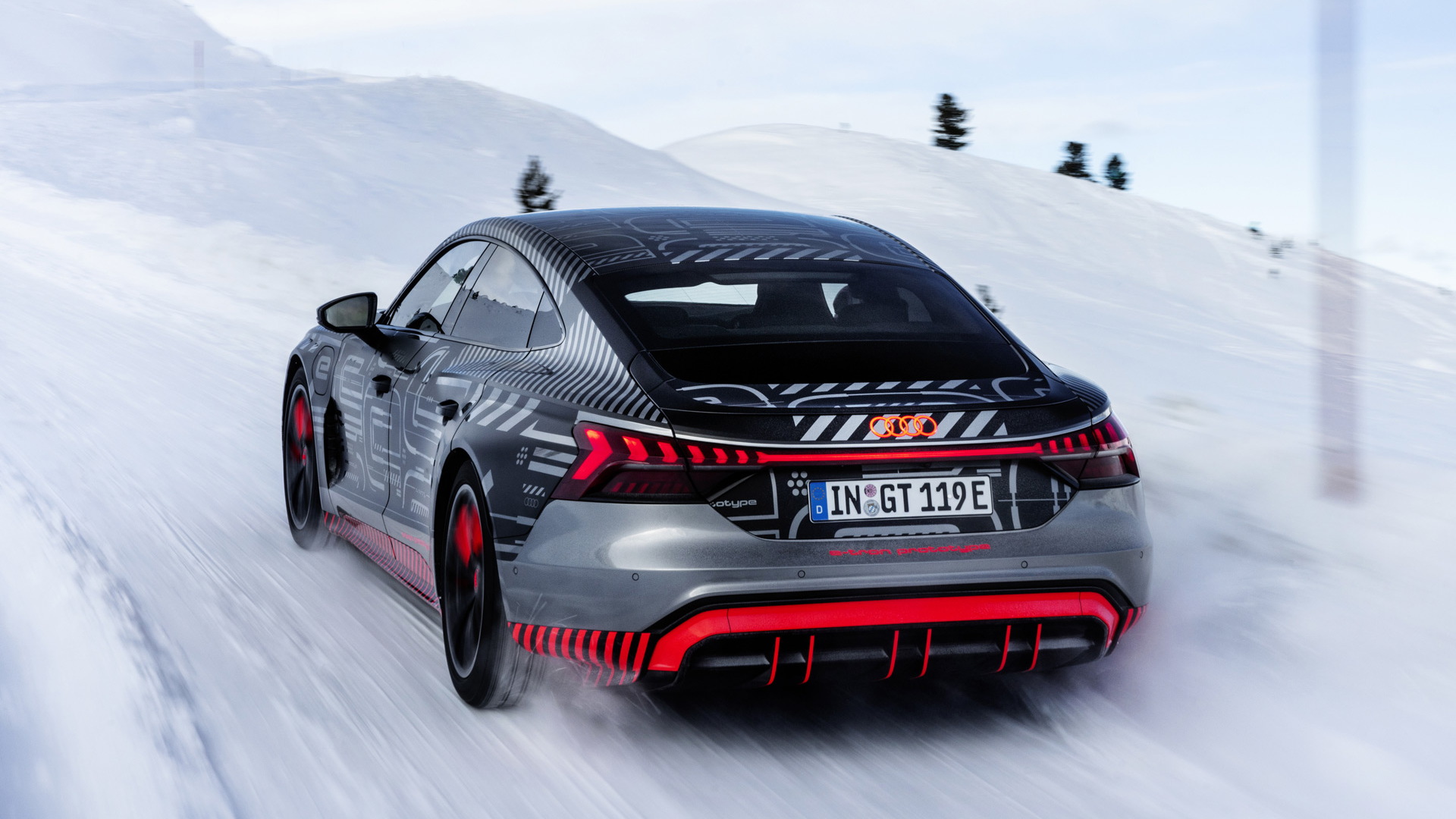 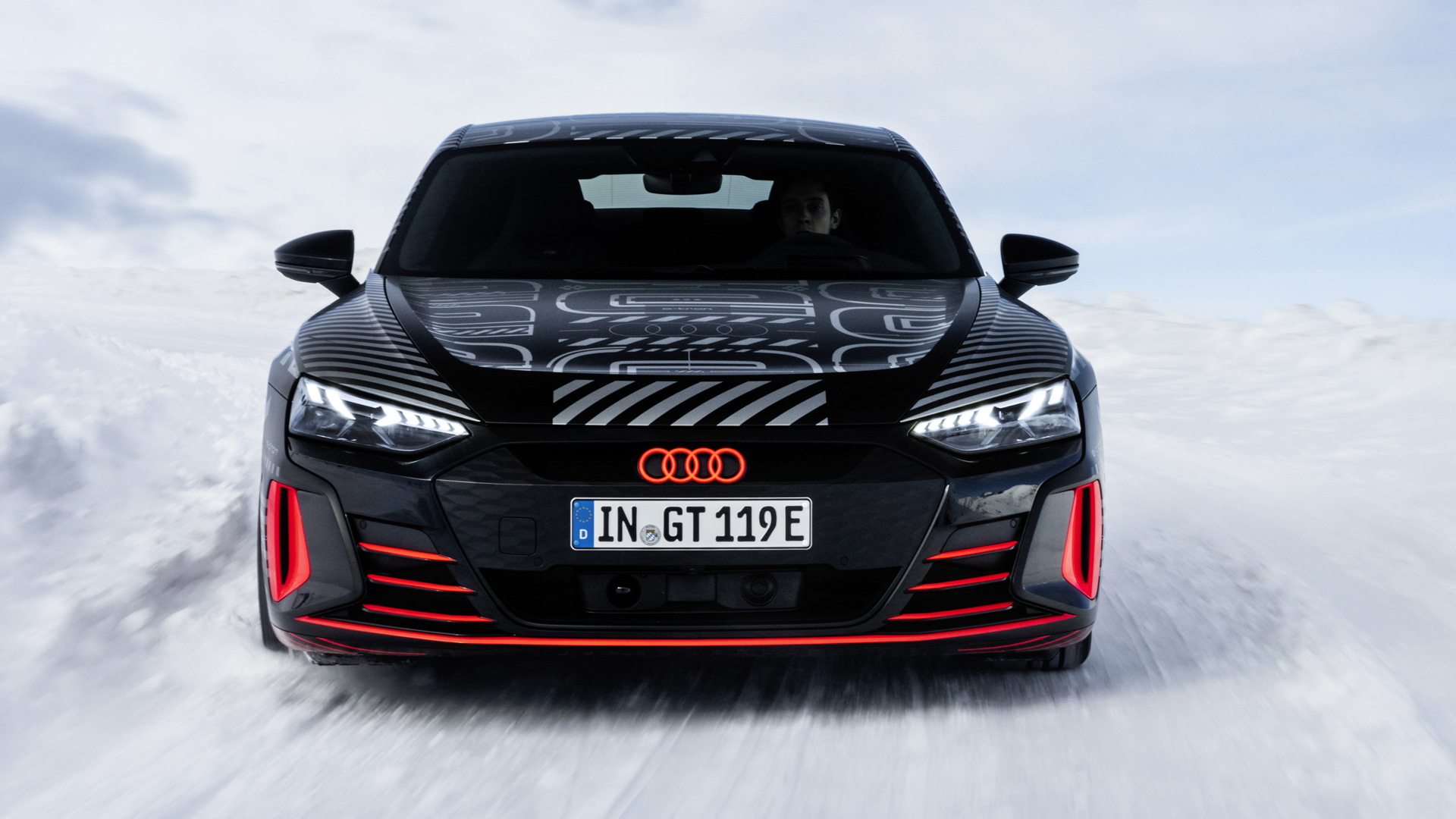 Audi's long-awaited E-Tron GT battery-electric super sedan is set to be revealed on February 9, but the first customer examples are already in production at a plant in Germany.

The stylish sedan was first previewed as a concept at the 2018 Los Angeles Auto Show and shown as a prototype last fall. A date for the sales launch hasn't been mentioned but we'll likely see it land at dealerships in the United States later in 2021, meaning we'll likely see it arrive as a 2022 model.

Production is taking place at Audi's specialist Böllinger Höfe plant in Neckarsulm, Germany, where the R8 supercar and various racing models are built. The plant is unique at the Volkswagen Group in that it is the first to build two technically different cars on the same line, one a battery-electric sedan and the other a V-10-powered, mid-engine supercar. Both models are moved through the plant using either self-driving sleds or a common monorail system.

Although the E-Tron GT is still a couple of weeks out from its debut, we already know a lot about it. That's because the car rides on the same J1 platform as the Porsche Taycan and is very similar underneath, though on the outside only the windshield is common to both cars. Like the Taycan, the E-Tron GT uses a three-chamber air suspension and adaptive dampers at each corner. Each car has been tuned to reflect the driving feel of the respective brand, however.

For the powertrain, the E-Tron GT at launch will feature a 235-horsepower front motor and a 449-hp rear motor that will combine to produce 590 hp and up to 640 hp in an overboost mode. The front motor will have its own single-speed transmission and the rear motor will have a 2-speed gearbox, just like the Taycan. It isn't clear if there will be multiple grades for the E-Tron GT, like Porsche does with the Taycan, but there's a good chance we'll see more than one.

The battery will be an 83.7-kilowatt-hour (net) unit that should deliver at least 200 miles of range with mixed driving.

Audi has also crafted unique sounds for the E-Tron GT, not only to add to the emotional experience but also to warn pedestrians. There will be a standard external speaker setup to meet safety regulations for EVs, but Audi will also offer a more emotional package as an option.

Interestingly, Chris Reinke, head of Audi Sport's customer racing program, has hinted that we might also see the E-Tron GT serve as the basis of a customer race car for the GTX World Tour, a race series with separate classes for battery-electric, hydrogen-electric, plug-in hybrids, and eventually self-driving cars that has been proposed by the Stephane Ratel Organization. An exhibition event for the proposed GTX World Tour is planned for Europe in 2021.