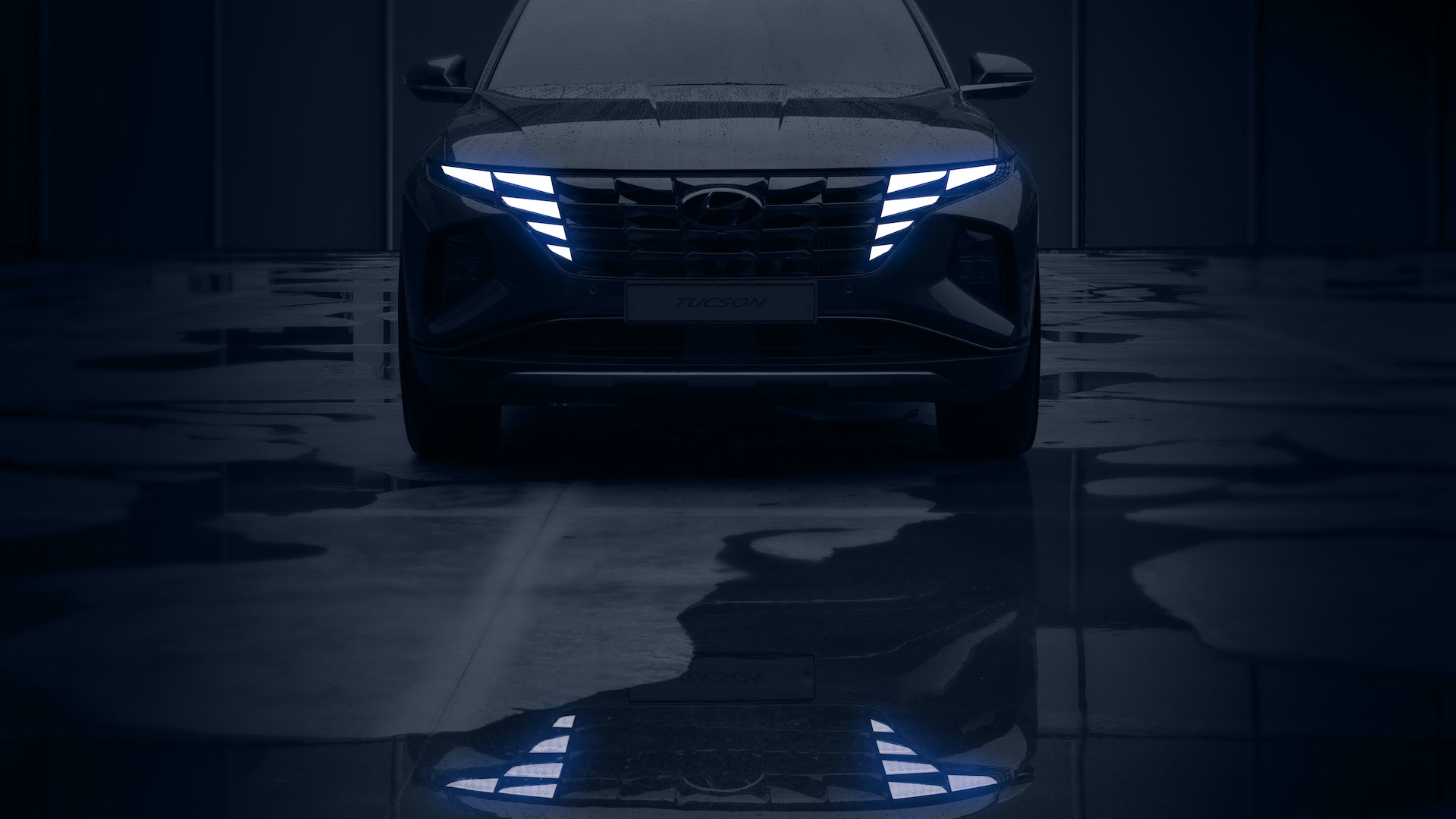 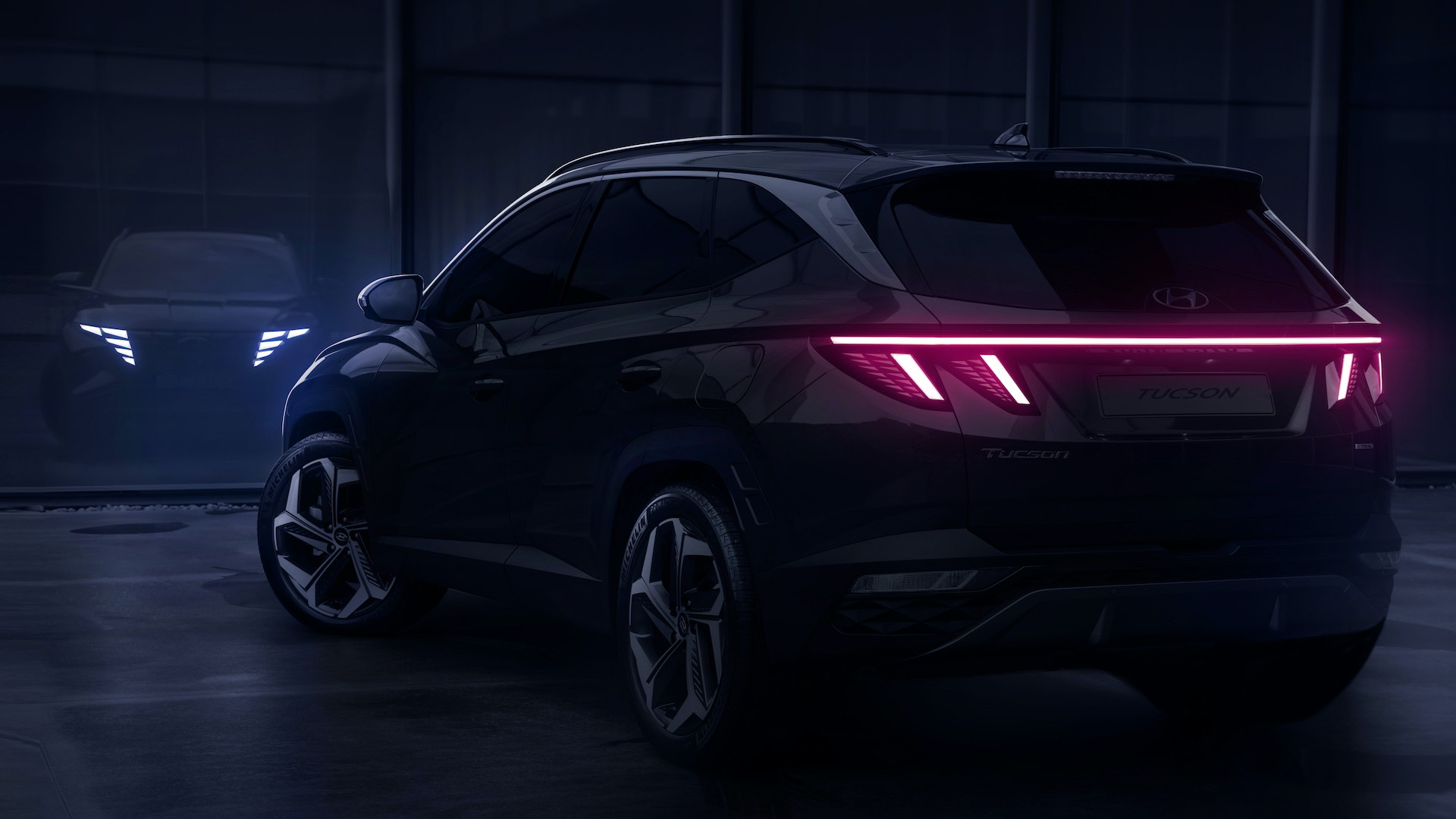 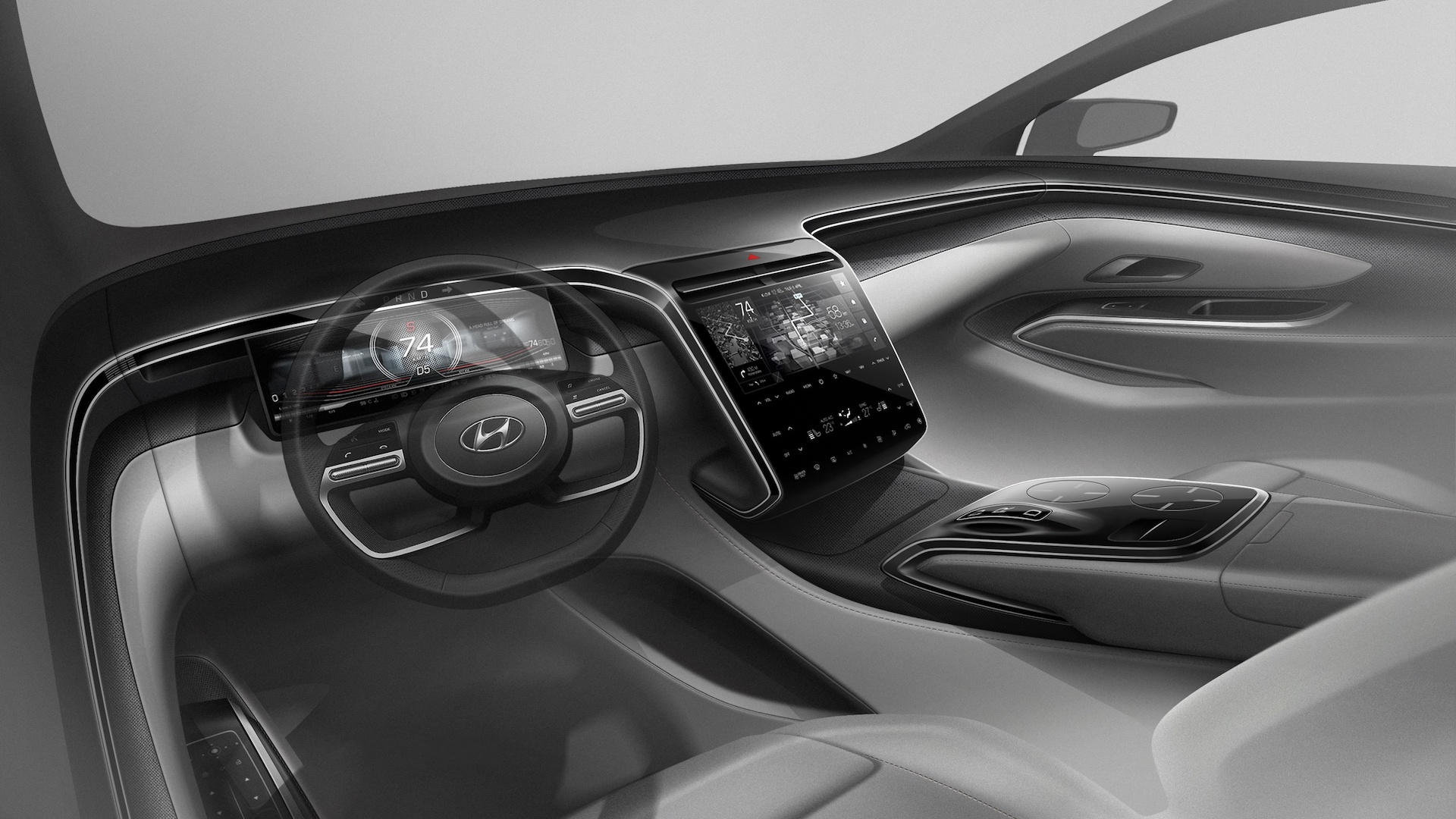 The 2022 Hyundai Tucson is ready to be unveiled and it's going to be wild.

On Wednesday, the South Korean automaker released some teaser images and a video of the 2022 Tucson and confirmed it will debut on Sept. 14 at 8:30 pm ET.

We have a good idea of what the 2022 Tucson will look like thanks to the Vision T Concept shown at the 2019 Los Angeles auto show. The teasers, and spy shots, show a wild design that features lights embedded in and hidden by the grille, a coupe-like profile with a fast roofline, sharp body lines down the sides that flow into bulging rear fenders, and a rear end with vertical LED taillights and a horizontal light spanning that spans the width of the tail.

The Vision T concept featured active grille shutters that were individually controlled to optimize and maximize air flow. These are expected to make it into production.

Hyundai confirmed on Wednesday that the 2022 Tucson will be larger than the current model with a longer wheelbase and shorter overhangs.

Inside, the 2022 Tucson will feature a low, horizontal dashboard design with an embedded digital gauge cluster. The entire center console appears to be a large touchscreen with no real buttons and a pushbutton gear selector. The four-spoke steering wheel has only a few buttons, which also contributes to a rather sparse look.

Powertrain specifics haven't been detailed yet, but expect an inline-4, a turbo-4, and eventually a plug-in hybrid powertrain. Hotter N or N-Line models with as much as 340 horsepower are likely in the mail, though unlikely to be available or announced right away.

Stay tuned for more updates regarding the 2022 Hyundai Tucson.