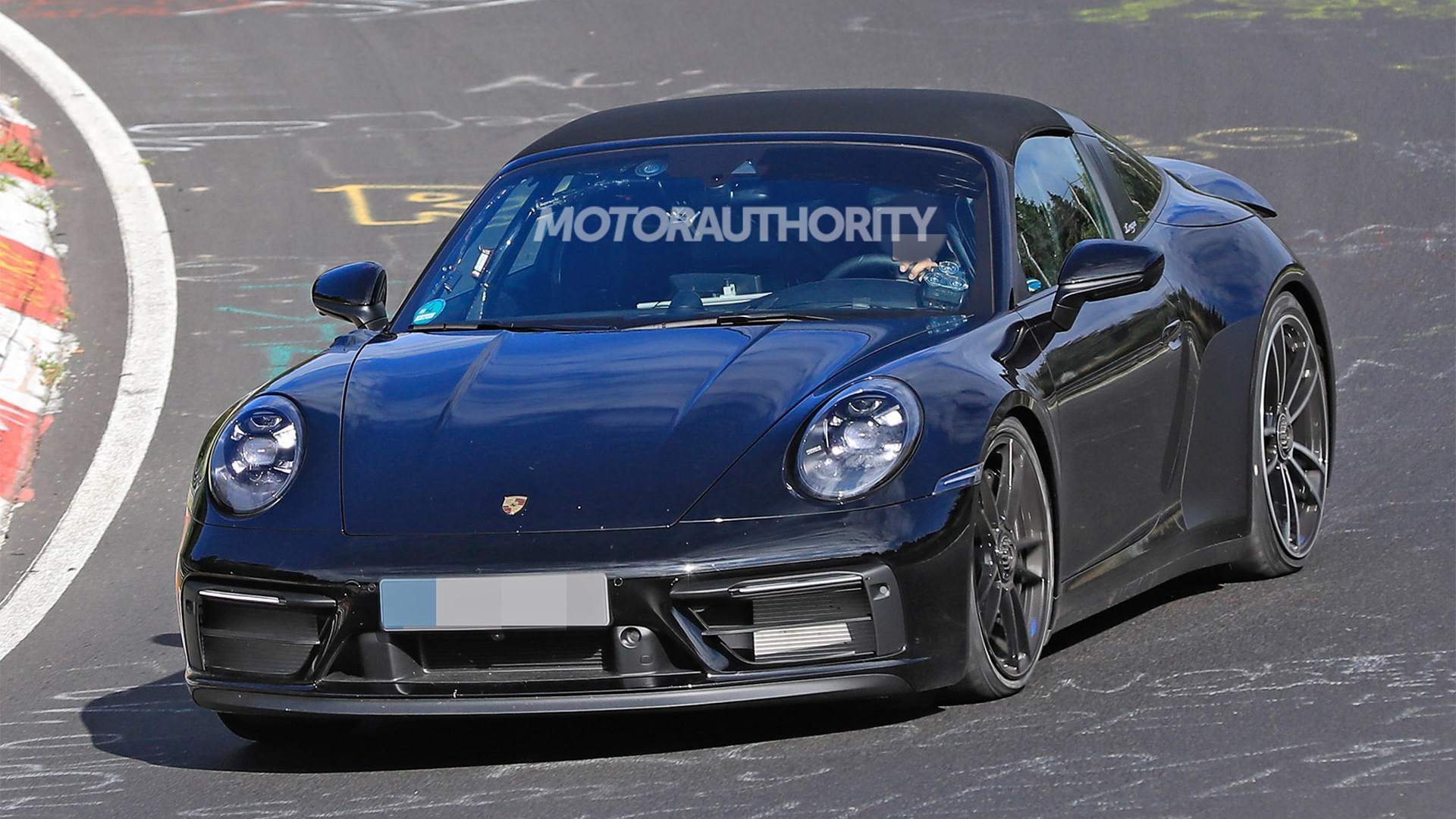 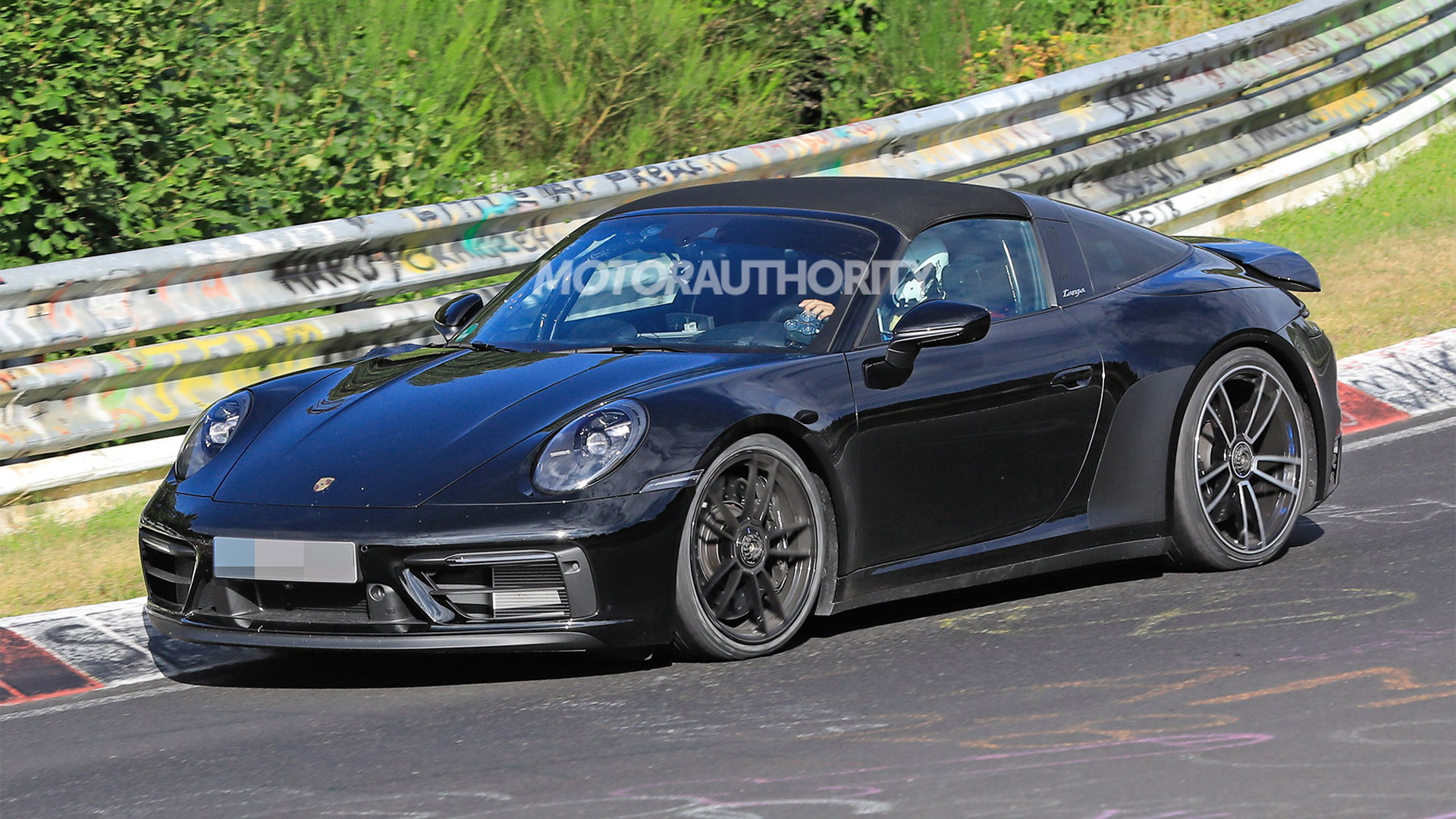 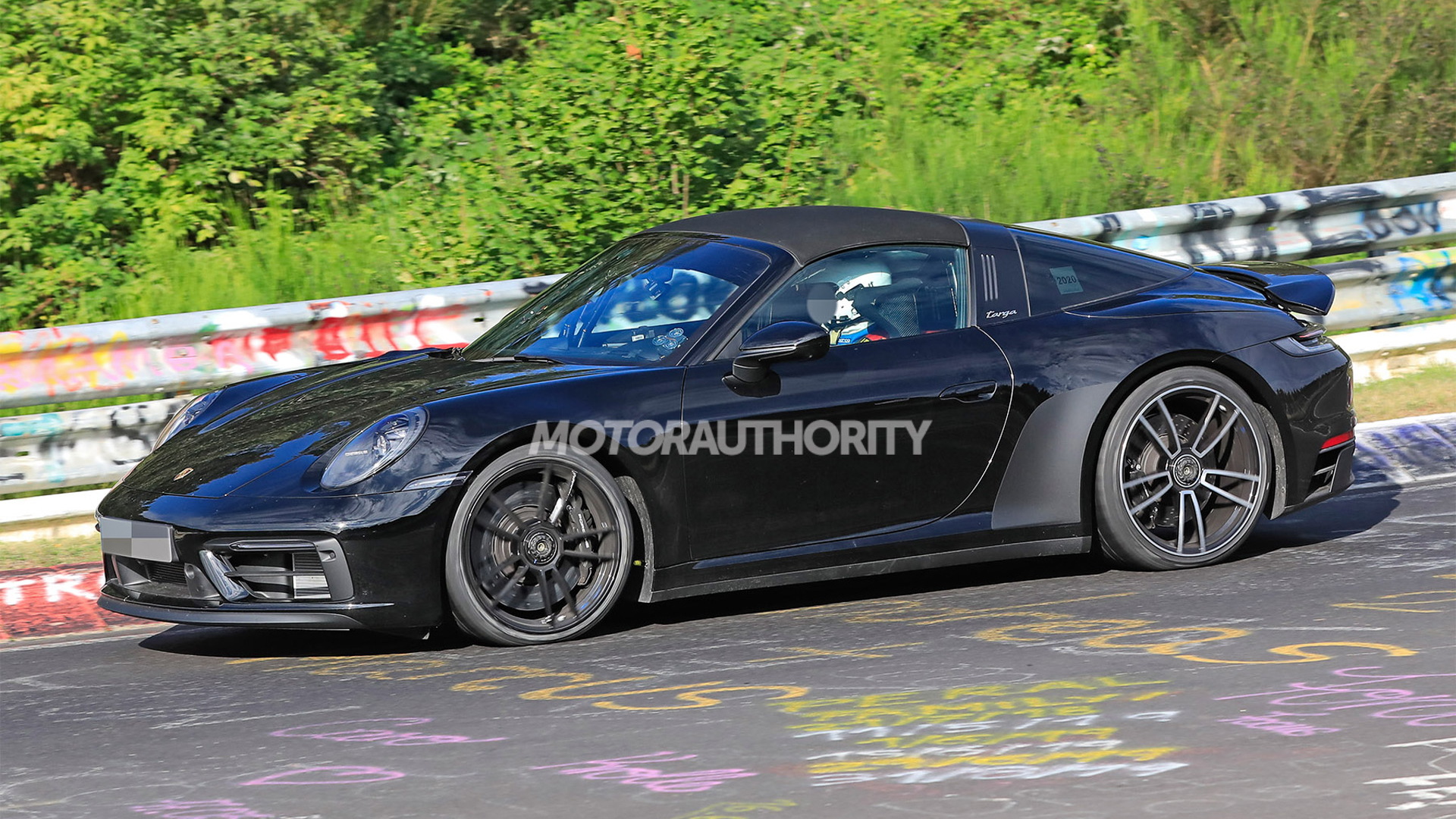 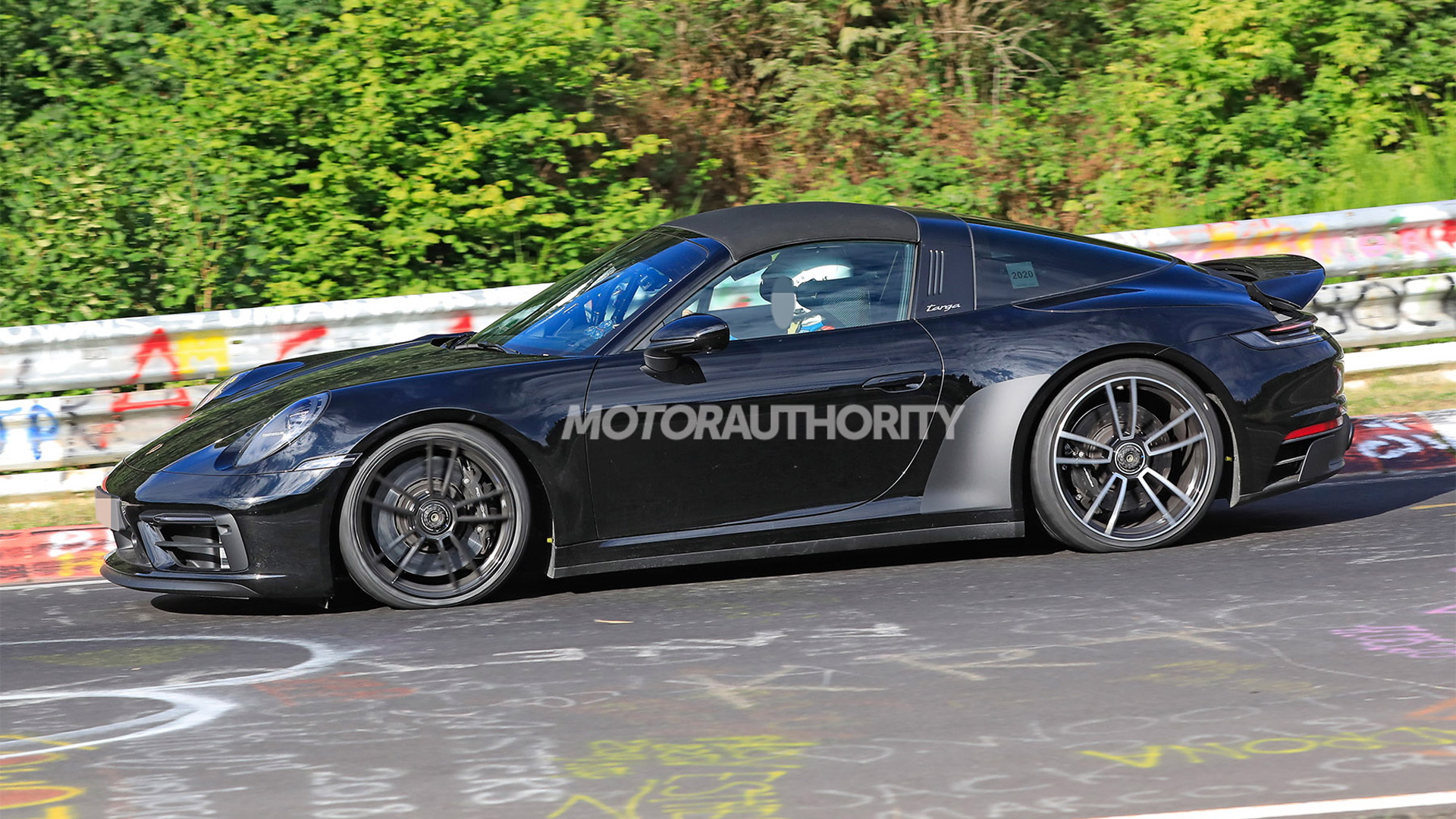 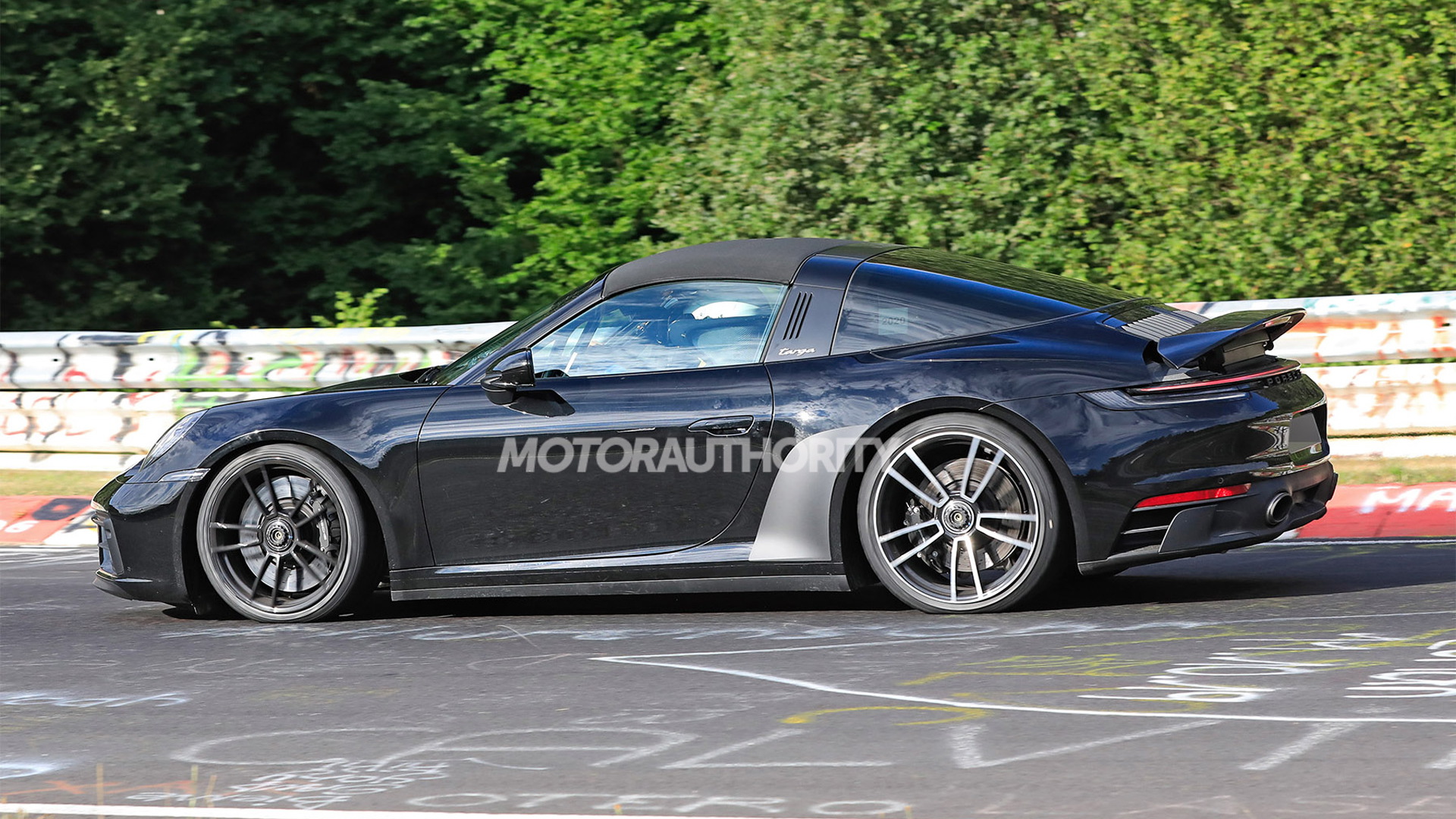 Porsche has been spotted testing what looks to be a prototype for the next 911 Targa 4 GTS.

The prototype may look like the 992-generation 911's standard Targa 4, which we just tested, but the center-lock wheels and enlarged brake rotors confirm this as a more hardcore model, specifically the GTS.

Porsche's GTS grade is aimed at buyers seeking something sportier than the base and S grades, but not quite ready to hop into something more hardcore, which in the case of the 911 would mean a GT3 or Turbo.

The outgoing 911's GTS grade came with 450 horsepower and could deliver 0-60 mph in around 3.5 seconds. The new one will likely benefit from a slight uptick in power and the new 8-speed dual-clutch transmission that debuted in the 992-generation 911. As with the standard Targa 4, a 7-speed manual should be a no-cost swap.

Once again, there will be multiple 911s available with the GTS grade. In addition to this Targa 4 GTS, there will also be Carrera and Carrera 4 options and both of these will have coupe and convertible body styles to choose from. A prototype for the Carrera GTS Convertible has also been spotted testing (shown below).

The Targa 4 GTS could potentially offer the most fun. You get coupe-like comfort during the winter, the option of letting the roof down when the sun is shining or during those warm summer nights, and the sports tuning of the GTS.

Look for the GTS lineup, including this Targa 4 GTS, to reach dealers in the first half of 2021.

Also coming down the line is the highly anticipated GT3, as well as a slightly tamer GT3 Touring and more hardcore GT3 RS.