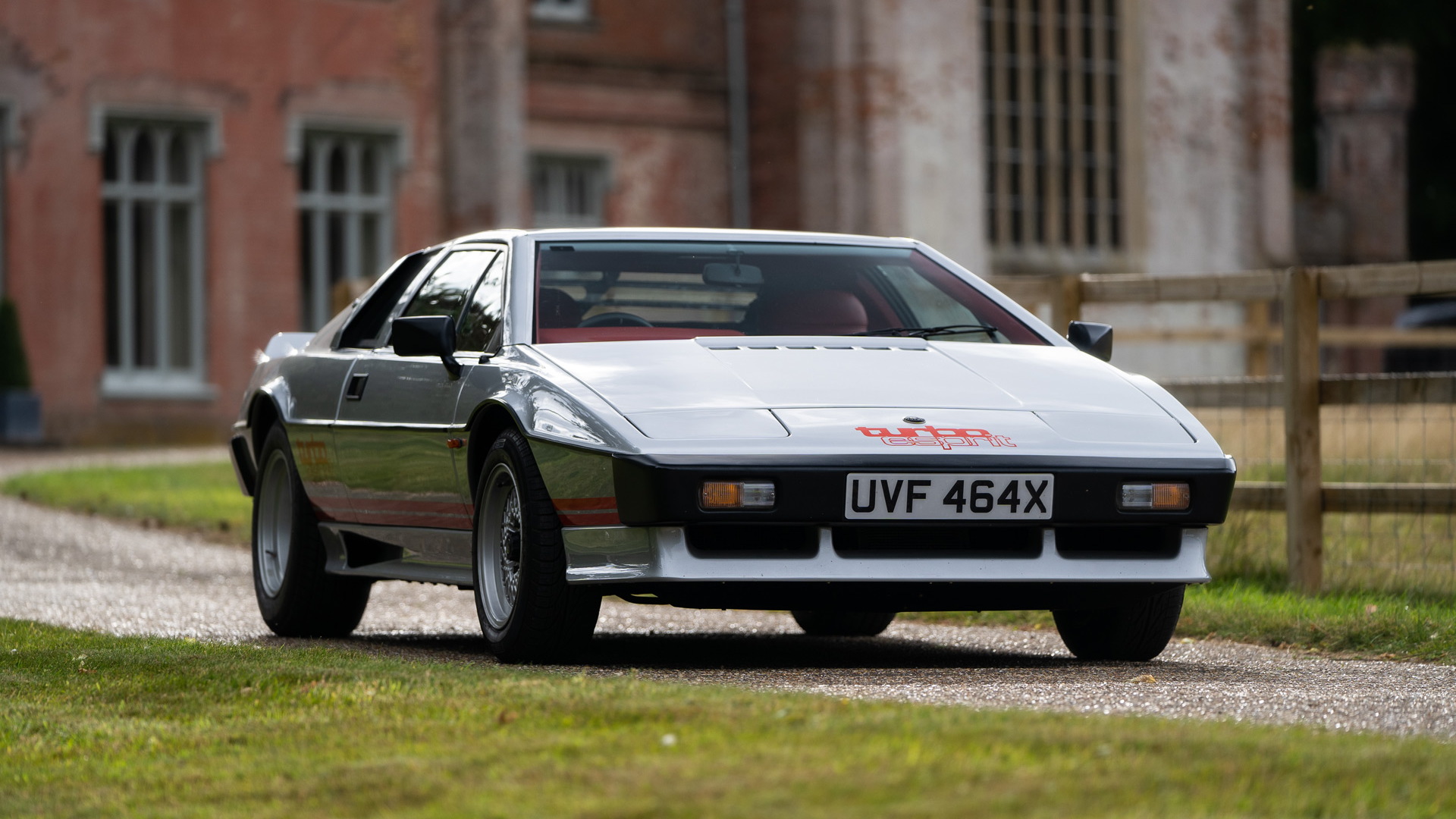 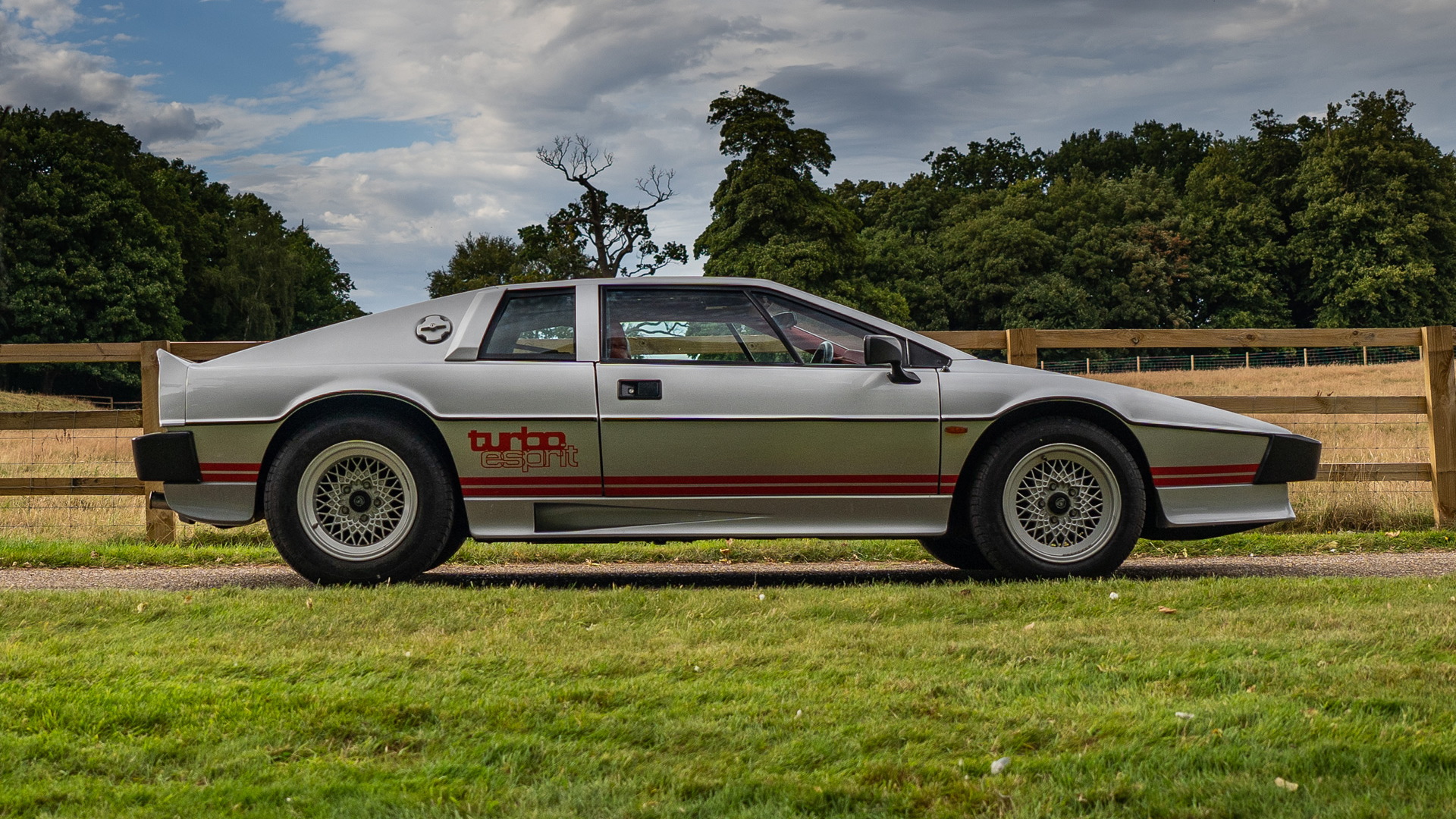 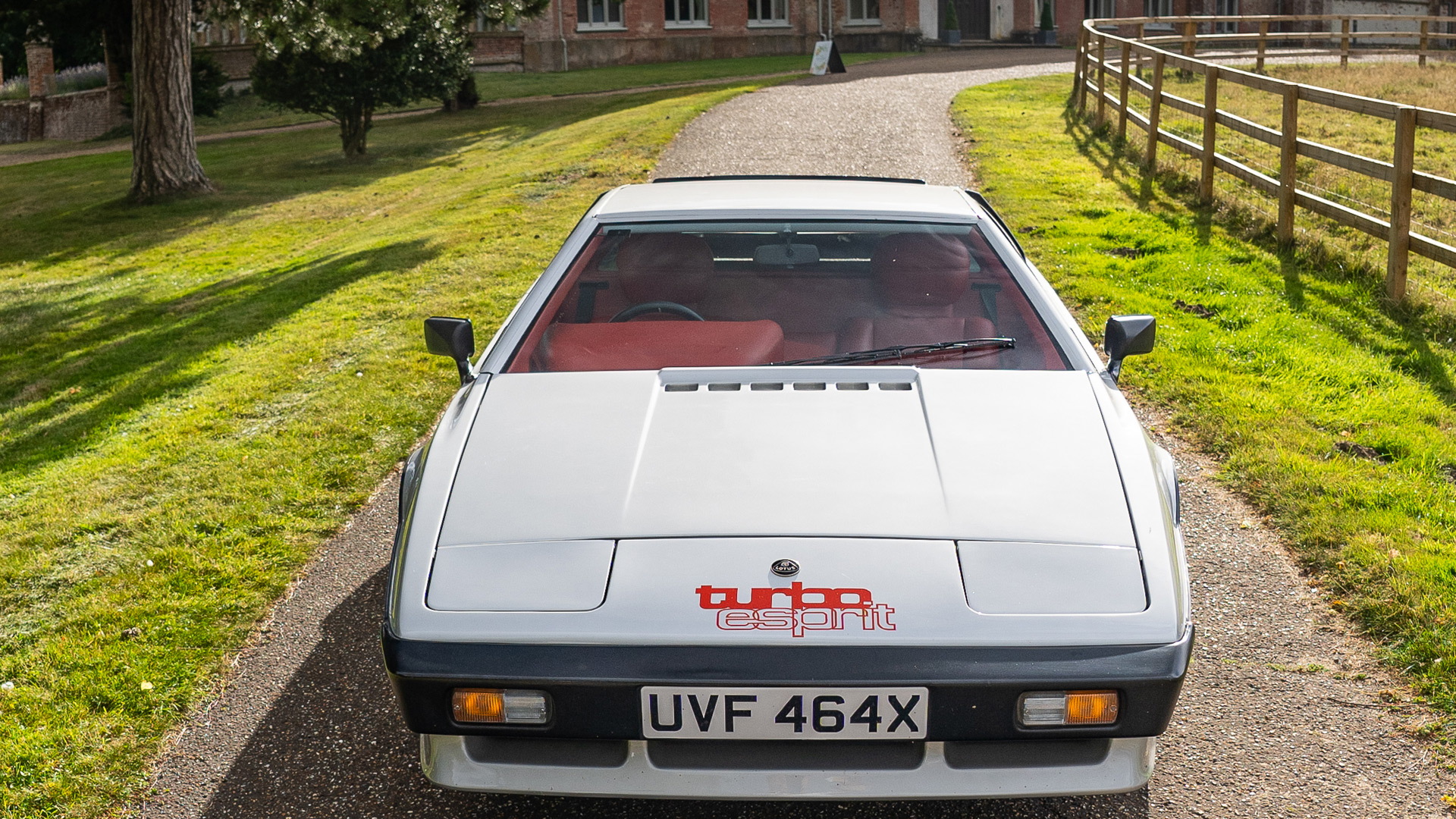 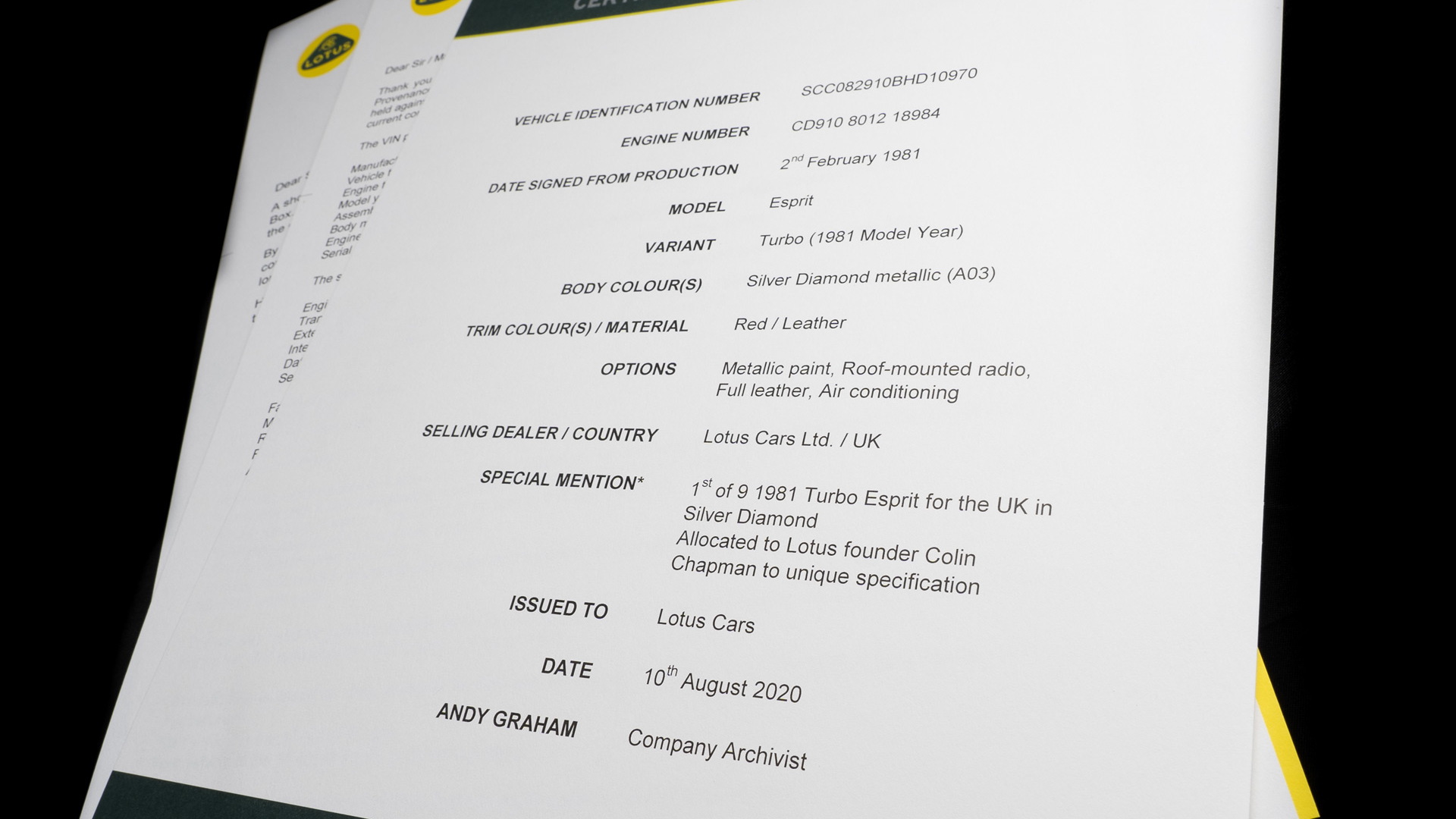 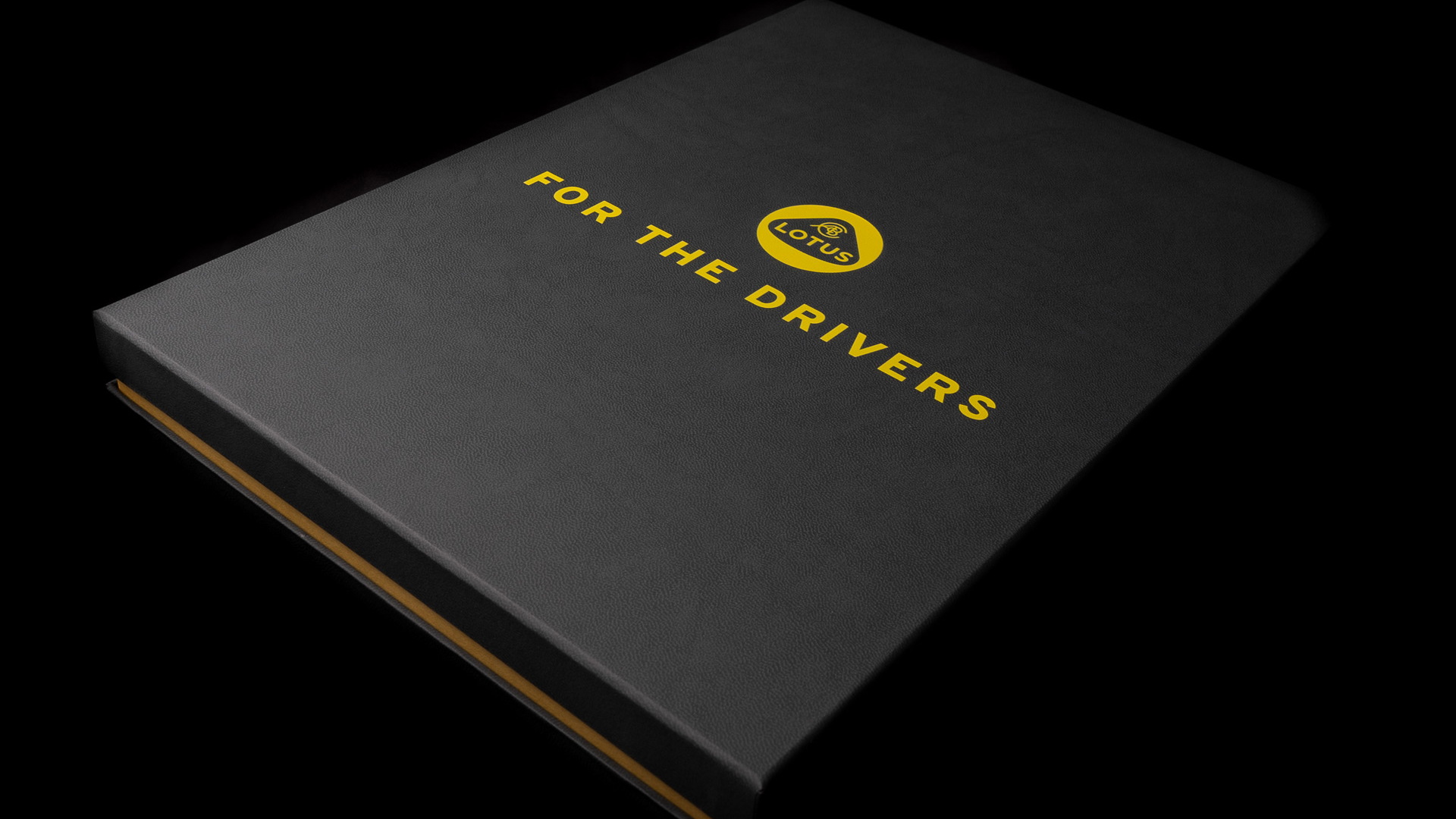 Many classic cars have proven to be shrewd investments for their owners, and automakers have made efforts to capitalize on the trend by offering official certification and provenance programs. These programs are designed to comprehensively assess the originality and history of a vehicle, which for some cars can substantially affect their values.

The latest to join the fray is Lotus which on Monday announced a new Certificate of Provenance program. And the first car to undergo the program is a 1981 Lotus Turbo Esprit once owned by company founder Colin Chapman. Former British Prime Minister Margaret Thatcher also spent time behind the wheel of this very car.

After a car undergoes the program, a summary of its details including the VIN, paint color and build specification are all accessed and printed in a series of documents that also note the date on which the car completed its production at the Hethel factory and was passed to the Lotus sales team.

One of the key documents is the build specification which is put together using information from Lotus' archive. It provides in-depth information about the car, including its engine, transmission, standard features and optional extras.

For Chapman's Esprit, Lotus is offering up copies of its certification for sale. It can be ordered from any Lotus dealership and will include a signed letter from Lotus CEO Phil Popham.

The car itself was first registered on August 1, 1981. It was fitted with some unique modifications requested by Chapman including power steering, lowered suspension, and BBS wheels. Chapman passed away a year after taking delivery and the car was returned to Lotus which sold it into private hands in 1983. It's covered just 11,000 miles in its life.

Lotus acquired the car once again earlier this year and had it undergo a sympathetic restoration. It will now sit in the company's collection.

“What better way to launch our Certificate of Provenance than by showing how it has validated the celebrated history of an iconic and unique Turbo Esprit,” Popham said in a statement. “The Lotus archive is a fully catalogued database of information and can provide a wealth of insightful facts on any Lotus car from any era.”