A Lotus Esprit formerly owned by company founder Colin Chapman is up for sale through British dealer Mark Donaldson.

As detailed by Motor Sport, the car is a 1981 Series 3 Turbo model with some modifications specified by Chapman, including power steering and a pollen filter to help alleviate his hay fever. The car rides on a lowered suspension, with modified bodywork to reduce wind noise, according to the seller.

This car is one of approximately 143 Turbo Esprits with a dry sump engine oiling system for the engine, which was blue printed.

In addition to Chapman, the Esprit had at least one other notable driver. In August 1981, British Prime Minister Margaret Thatcher briefly drove the car around Norfolk Airport, with Chapman in the passenger seat. Thatcher said the car was "lovely to drive," local newspaper Eastern Daily Press reported at the time. 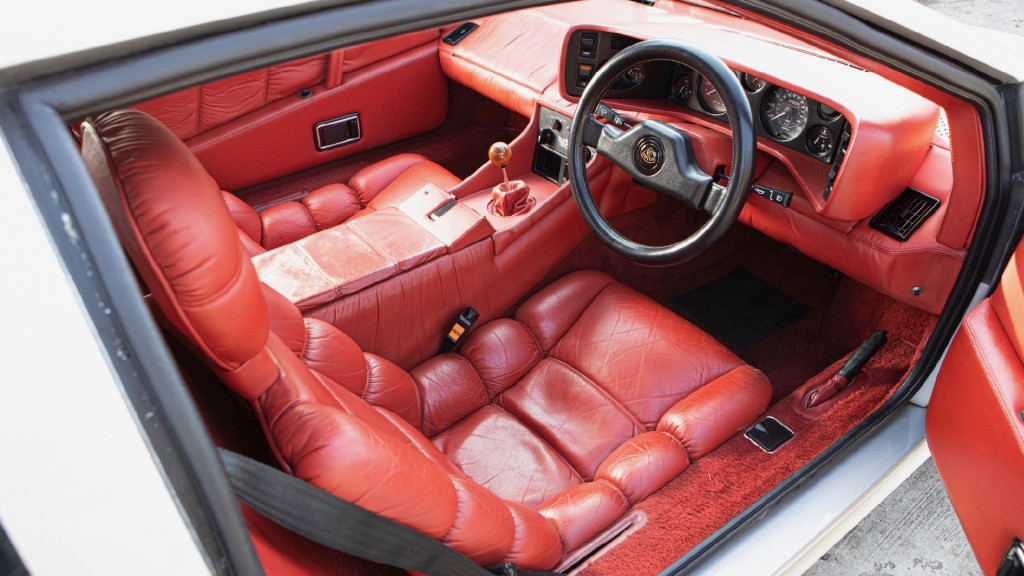 The car may have also been driven by Lotus Formula One driver Elio de Angelis, though only anecdotal evidence supports that, the seller noted. A period magazine article stated that, aside from race cars, the only Lotus de Angelis had driven was Chapman's "modified Esprit Turbo."

Chapman put about 4,500 miles on the Esprit before his death in December 1982, according to the seller. The car changed hands several times after that, but still has only 10,977 miles on the clock, and is in largely original condition, the seller said.

The asking price is $124,000, based on current exchange rates, about twice the going rate for a typical Series 3 Esprit Turbo, according to Motor Sport. The seller believes the Chapman connection and the car's originality justify the price hike.

The Esprit went out of production in the early 2000s, and a planned new model was axed in 2014. Lotus is reportedly planning a spiritual successor to the Esprit that may use a different name, with a possible debut in the first half of 2021.