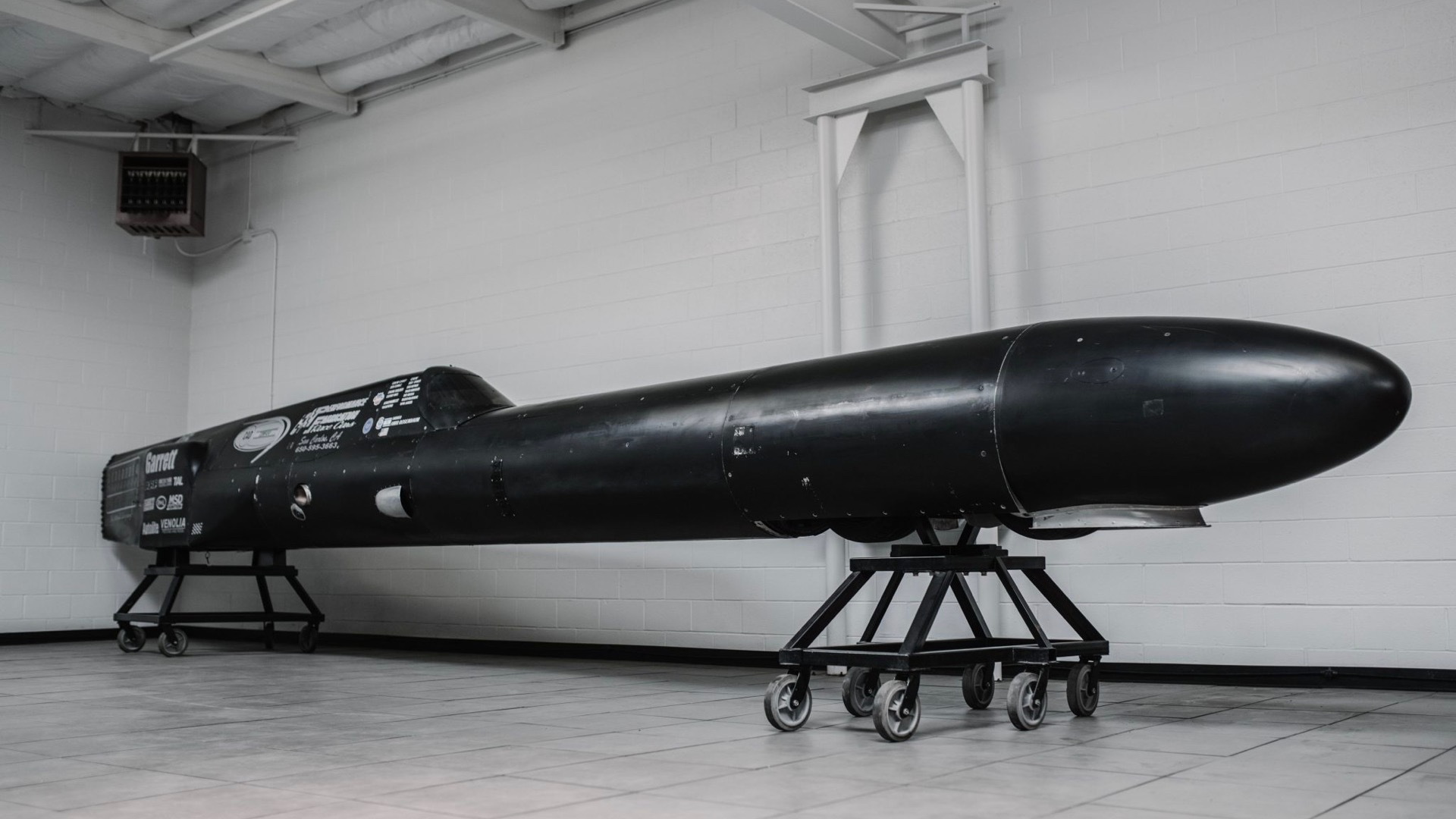 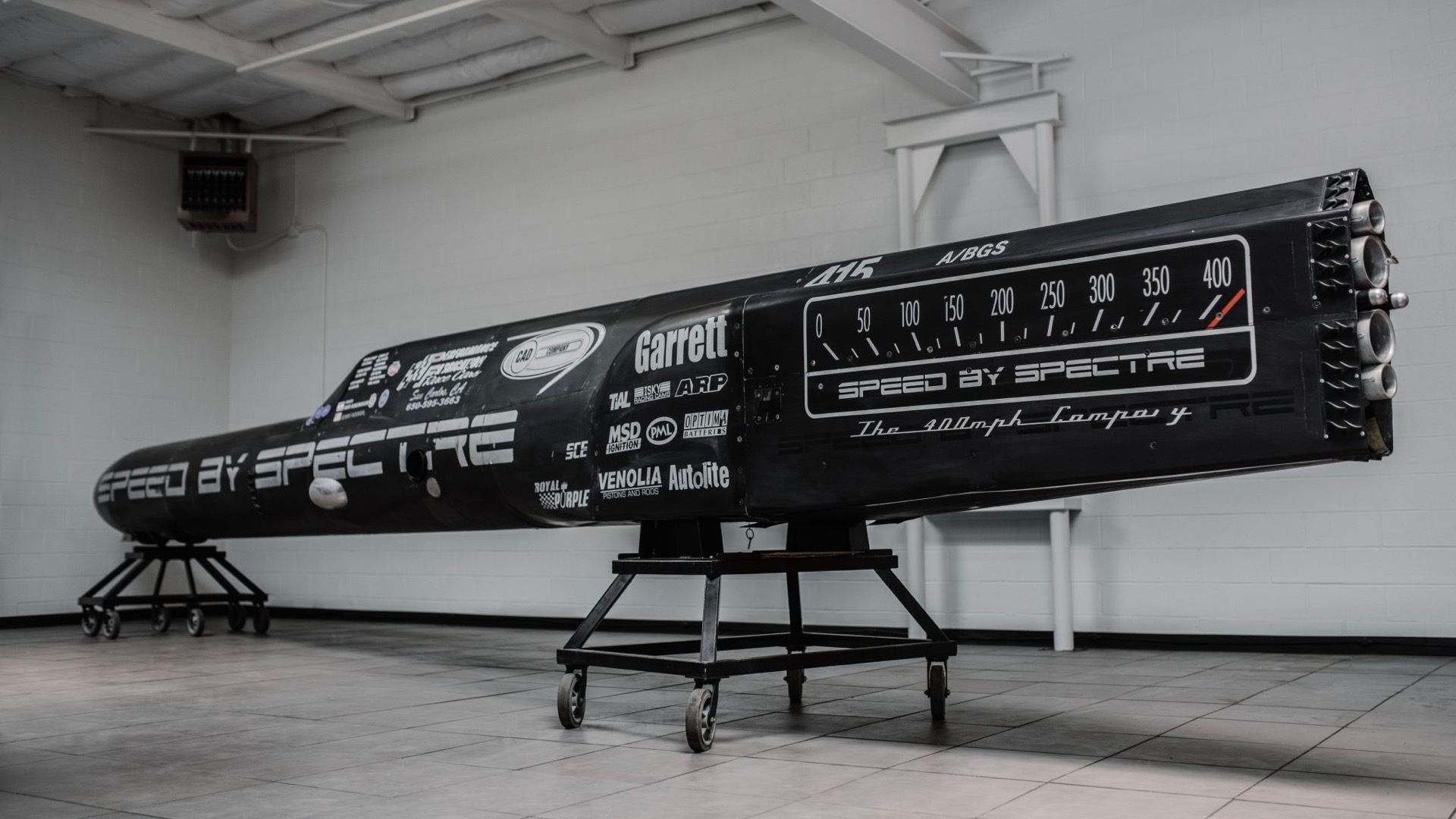 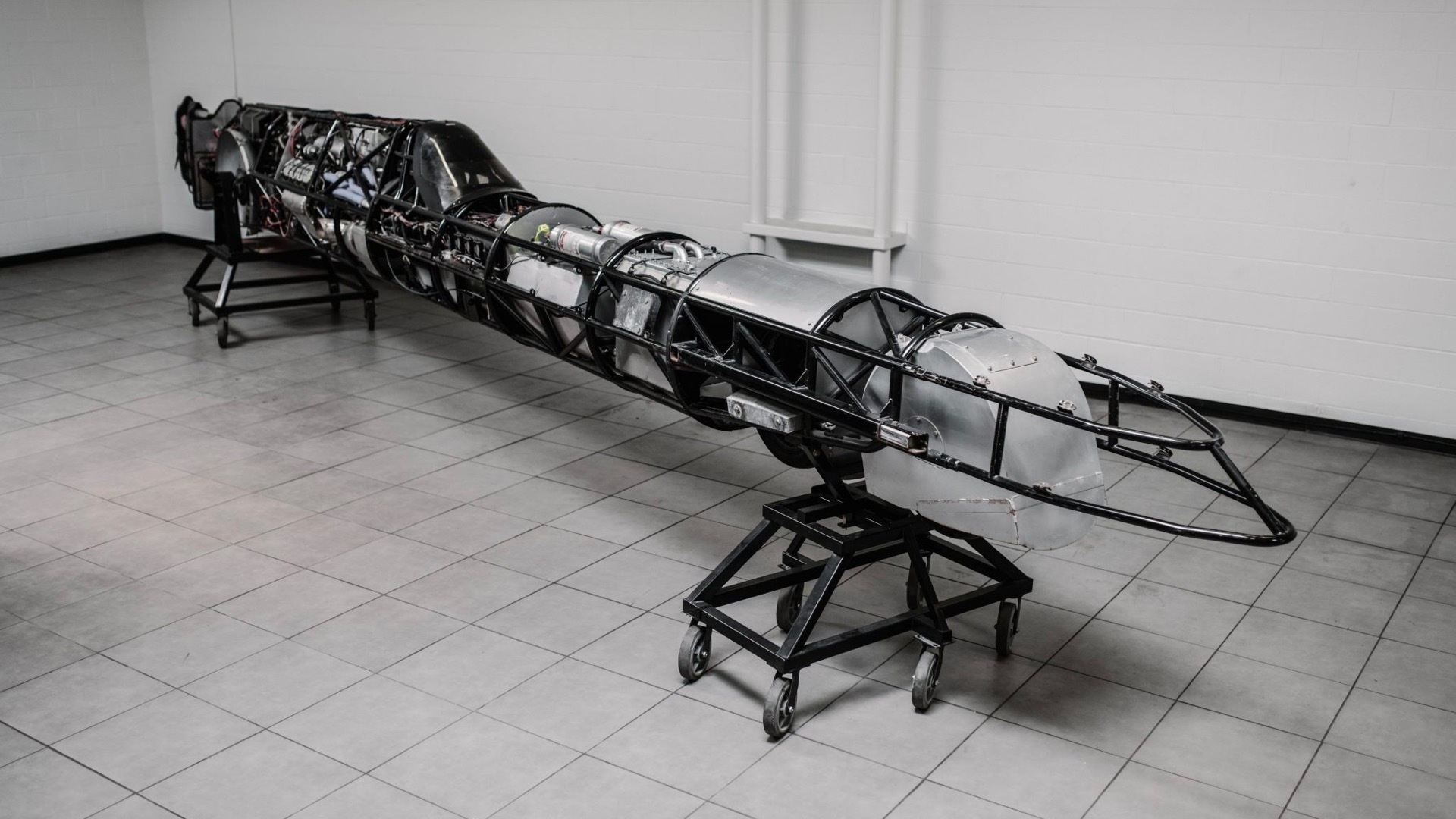 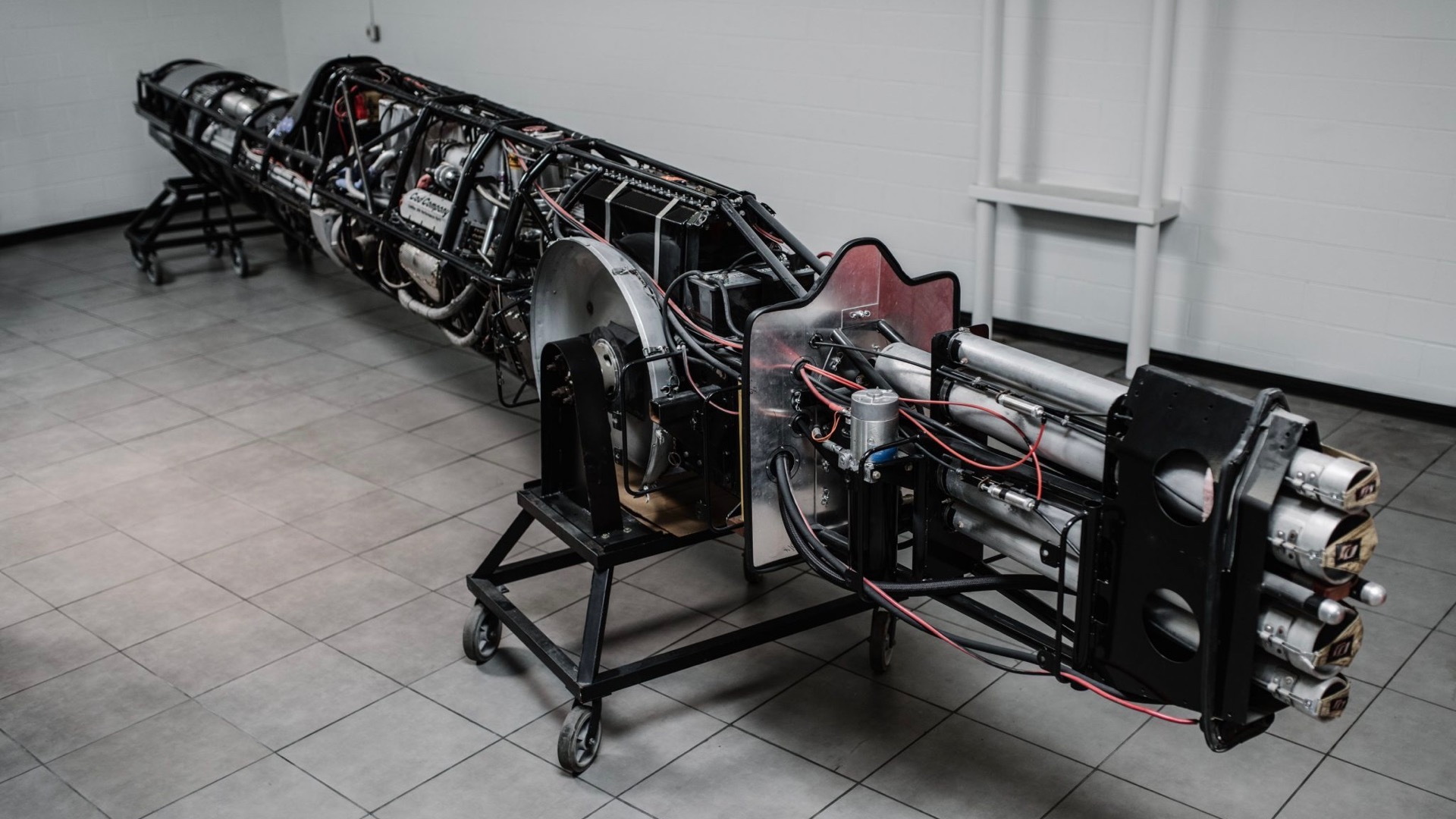 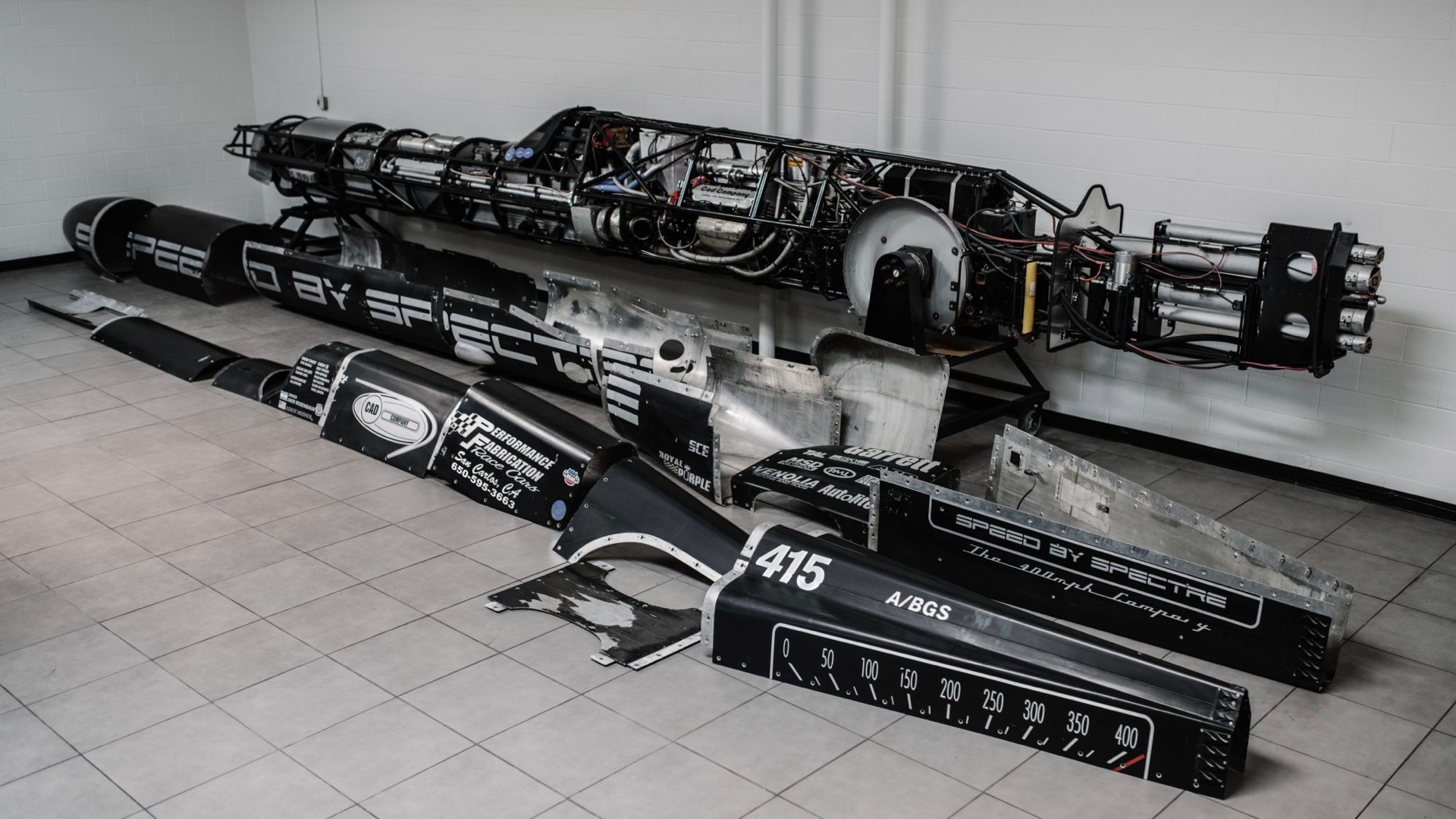 If your post-quarantine travel plans include a trip to the Bonneville Salt Flats, you might want to check Bring a Trailer, where a land-speed streamliner is currently up for auction.

Built to its current specifications in 2009, the streamliner achieved a flying-mile speed of more than 400 mph at Bonneville in 2010, according to the listing. The racer was built in 1995 as a 27-foot streamliner by Ron Fjastad of Full Bore Race Products. It changed hands a few times before being rebuilt with its current 39-foot bodywork.

The original build utilized the drop tank from a McDonnell F-101 Voodoo fighter jet for the nose cone and portions of the bodywork, according to the listing, but the body has been heavily modified since then. The car rides on steel wheels, with the front wheels mounted in-line to reduce frontal area.

Land-speed streamliner for sale on Bring a Trailer

While some land-speed record cars are propelled by the thrust from jet or rocket engines, this one is powered by a conventional piston engine, which drives the wheels like it would in a normal car. The engine is a modified Cadillac V-8 with two Garrett turbochargers and a liquid-to-air intercooler. Power is sent to the rear wheels through an air-shifted 5-speed transmission.

The seller claims this is the only gasoline-powered car to break the 400-mph barrier at Bonneville. It's run as fast as 408.997 mph in the flying mile. Documentation confirming this, along with a collection of spare parts, is included with the sale.

If you have your sights on a land-speed record, get your bid in now. At press time, the high bid was $19,000, with seven days left in the auction.