The Bloodhound Land Speed Record project is aiming for 1,000 mph, and so far the car has hit 628 mph in a test conducted in November 2019 on the Hakskeenpan in South Africa's Kalahari Desert. That speed may be far off from Bloodhound's goal, but reaching it was far from easy, as this video from Top Gear explains.

The first stage of the run involved getting the car's jet engine up to speed, Andy Green, Bloodhound's driver and current land speed record holder, said. At full thrust, the car accelerates at 1.0 g, gaining 20 mph per second. Just a half mile down the 10-mile course, Green was already doing 180 mph. At three miles, he reached 500 mph.

Green used a combination of visual landmarks and radio calls to determine where he was on the course. Aerodynamic drag increased along with speed, slowing the rate of acceleration as Green reached 600 mph. Green also had to deal with crosswinds; you can see him sawing at the wheel in the in-cockpit video.

Once the 628-mph top speed was reached, Green began decelerating at about the same 1.0 g as he had accelerated down the course. Green had to steer with one hand to correct for a crosswind while pulling a parachute release at 590 mph. With the parachute deployed, Bloodhound decelerated by 100 mph every second. After speed dips below 250 mph, it's safe to use the brakes. 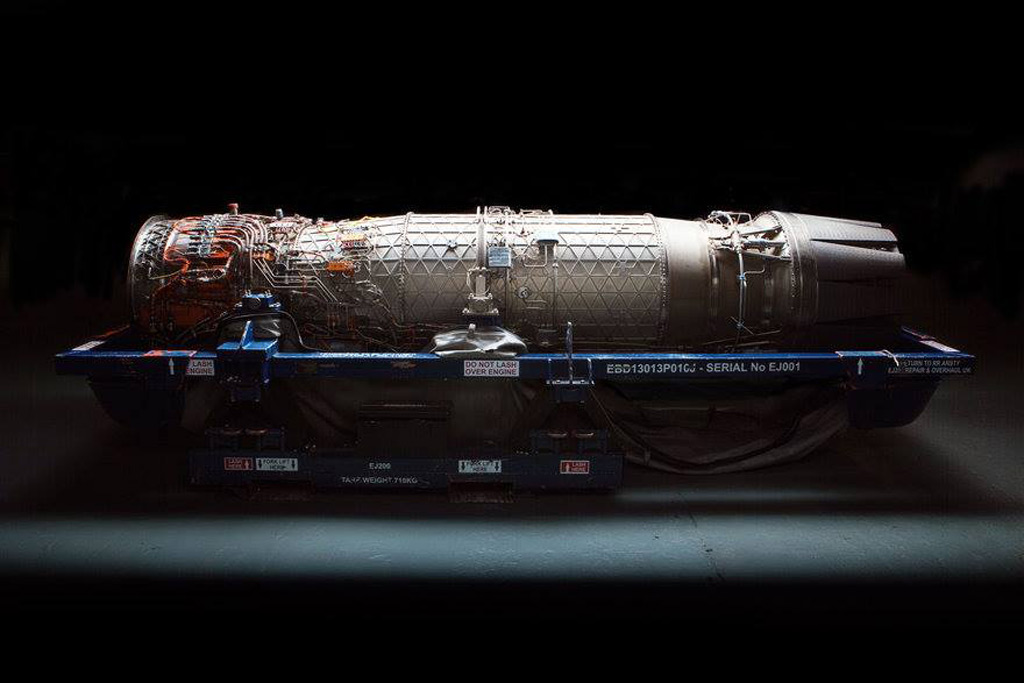 Green, a former fighter pilot who set the current record of 763 mph for a steerable car in 1997, is clearly used to high speeds.

"Anything below 250 mph is so slow. You could pretty much get out and walk at this stage," Green said.

The jet engine Bloodhound used for its first test is a Rolls-Royce EJ200 normally used in a Eurofighter Typhoon fighter plane. To reach 1,000 mph, the 44.3-foot streamliner will use a cluster of hybrid rockets from Norwegian defense firm Nammo. Combined output of the jet engine and rockets will be 135,000 horsepower.

It's unclear when the Bloodhound team will make its record attempt. The project ran out of funding in March, and fundraising efforts are now on hold due to the ongoing coronavirus pandemic. Bloodhound has called off a record attempt originally planned for 2021, and will wait for the pandemic to subside before making new plans.