The start of the 2021 Formula One World Championship is now about two months away, and new Ferrari driver Carlos Sainz is just about to have his first taste behind the wheel of an F1 car sporting the famous Prancing Horse logo.

Ferrari is hosting a test session this week at its Fiorano test track in Italy and Sainz is scheduled to drive on January 27 and 28. He will drive Ferrari's car from the 2018 season. The test is an opportunity for Sainz to get to grips with team procedures and to get to know the engineering crew he will work with in the new season.

He won't test Ferrari's 2021 F1 car until the official pre-season test which, due to Covid-19 coronavirus restrictions, has been delayed to March 12. The test will take place in Bahrain (instead of the usual spot in Spain) where the season-opening Bahrain Grand Prix will run on Mar. 28.

Ferrari is expected to reveal its new F1 car close to the start of testing. 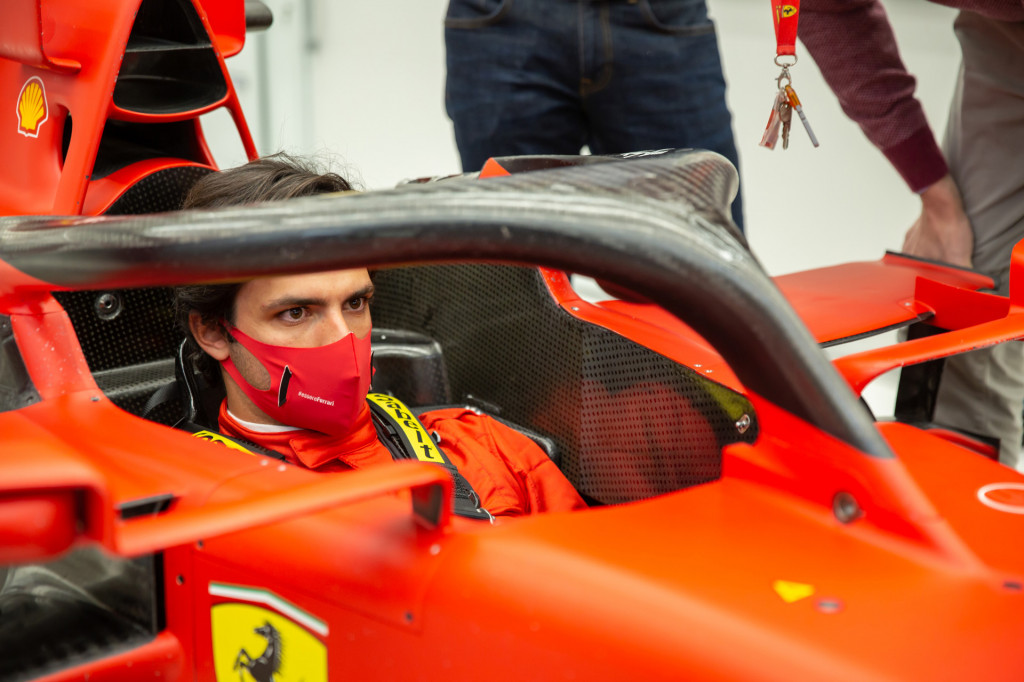 Carlos Sainz during a seat fitting at Ferrari

Sainz, who has replaced Sebastian Vettel (now at Aston Martin), will drive alongside Charles Leclerc in the new season—the team’s youngest pairing since 1968. Sainz is 26 years old and Leclerc 23.

Sainz, whose father is successful rally driver Carlos Sainz Snr., first raced in F1 in 2015, originally with Toro Rosso. He then drove for Renault briefly and then McLaren before being signed to Ferrari. He finished sixth in the 2020 Drivers' Championship and has managed two podium finishes in his career.

During this week's test in Fiorano, Mick Schumacher, son of F1 legend Michael Schumacher and a Ferrari Driver Academy member, will also spend some time behind the wheel. The recent Formula Two title winner makes his F1 debut this season together with Haas.

In other F1 news, 2009 world champion Jenson Button is returning to F1 as an advisor to Williams. He has also revealed that he will drive in the new Extreme E electric off-road series for his own team, JBXE. Lewis Hamilton will also field a team in the series but won't do any of the driving himself.