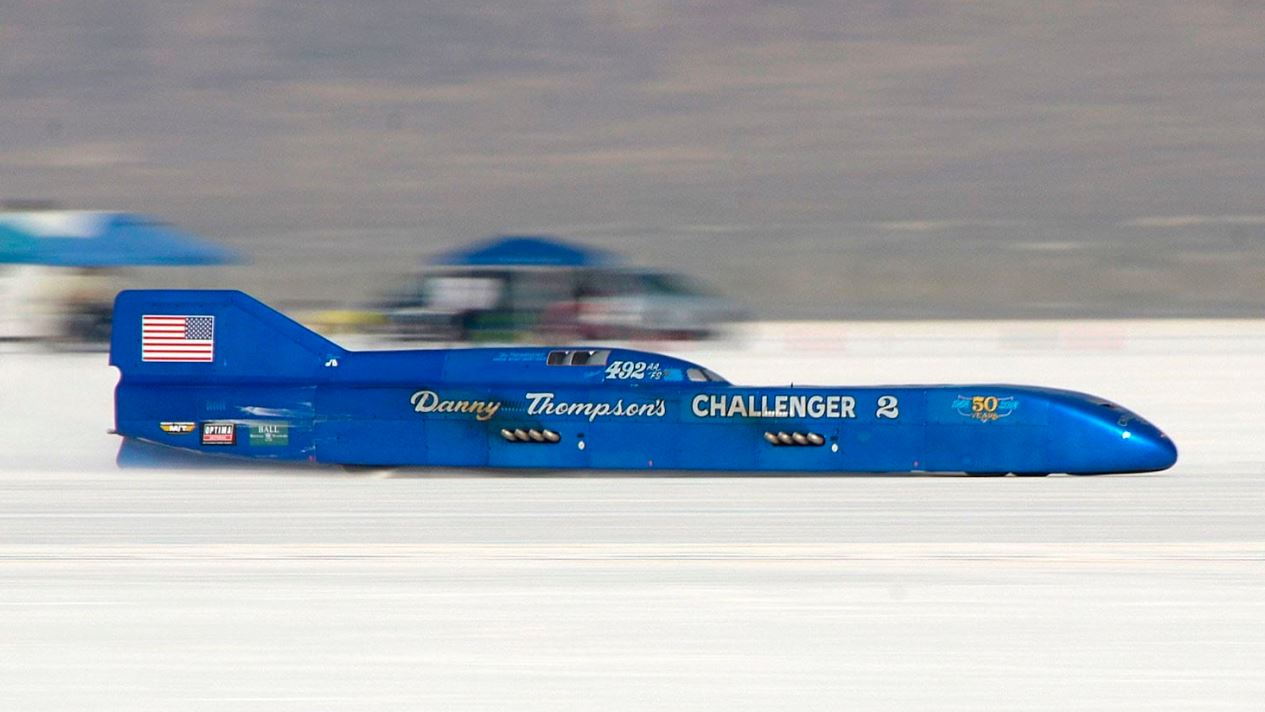 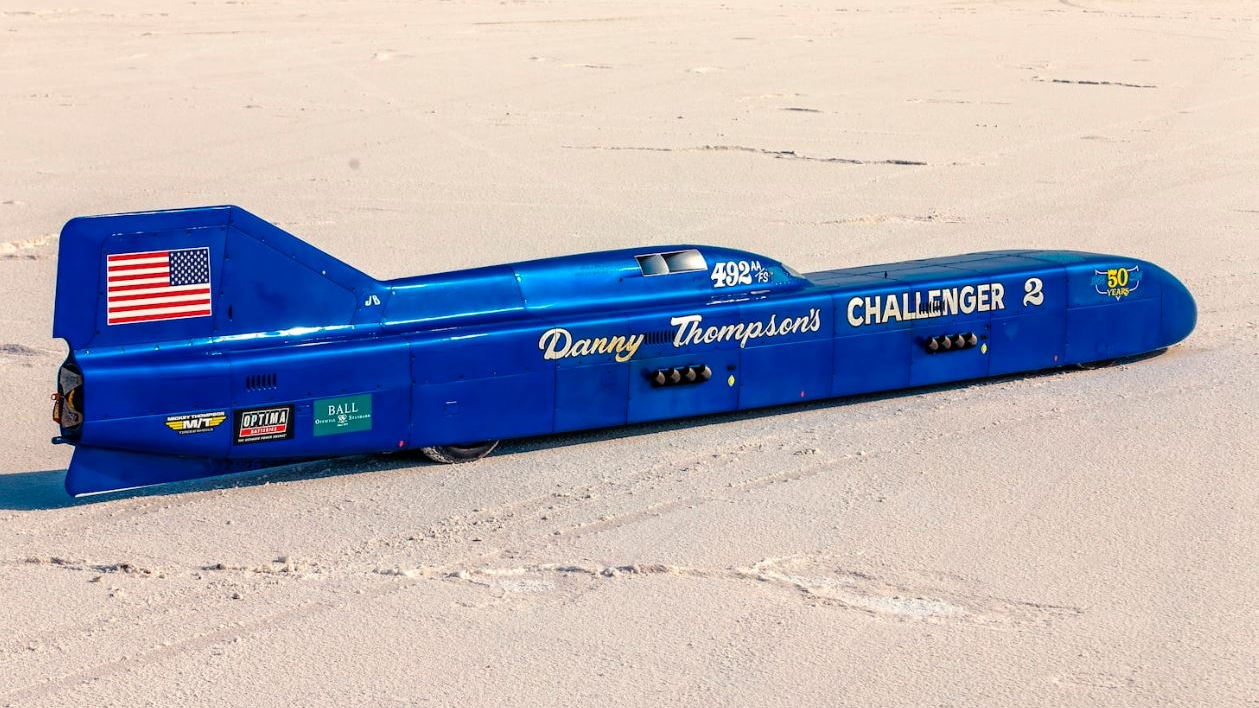 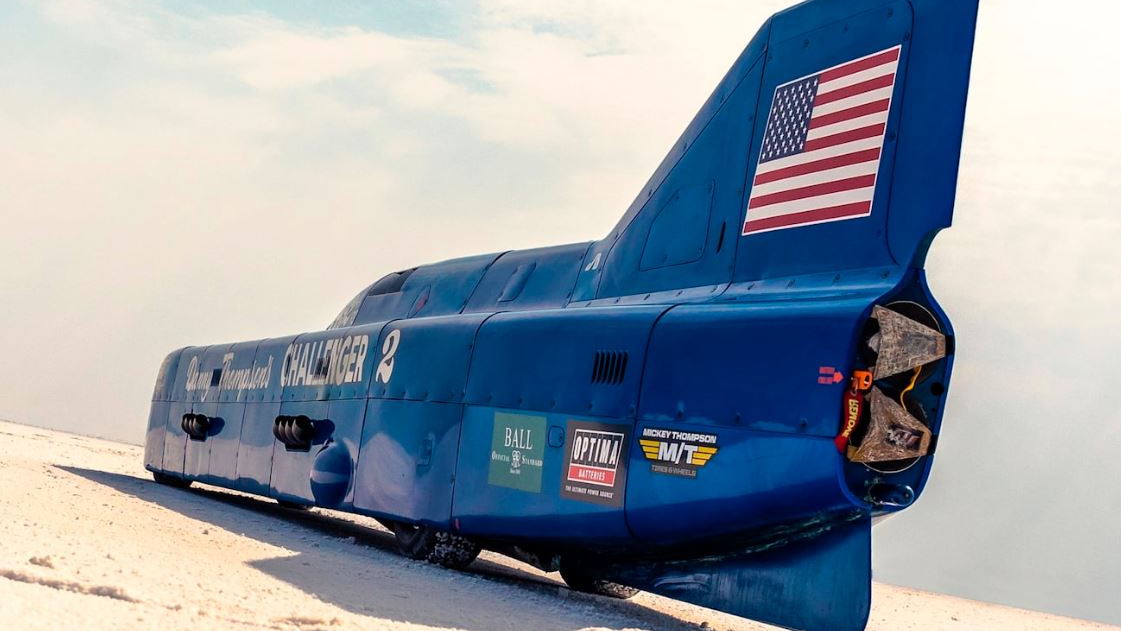 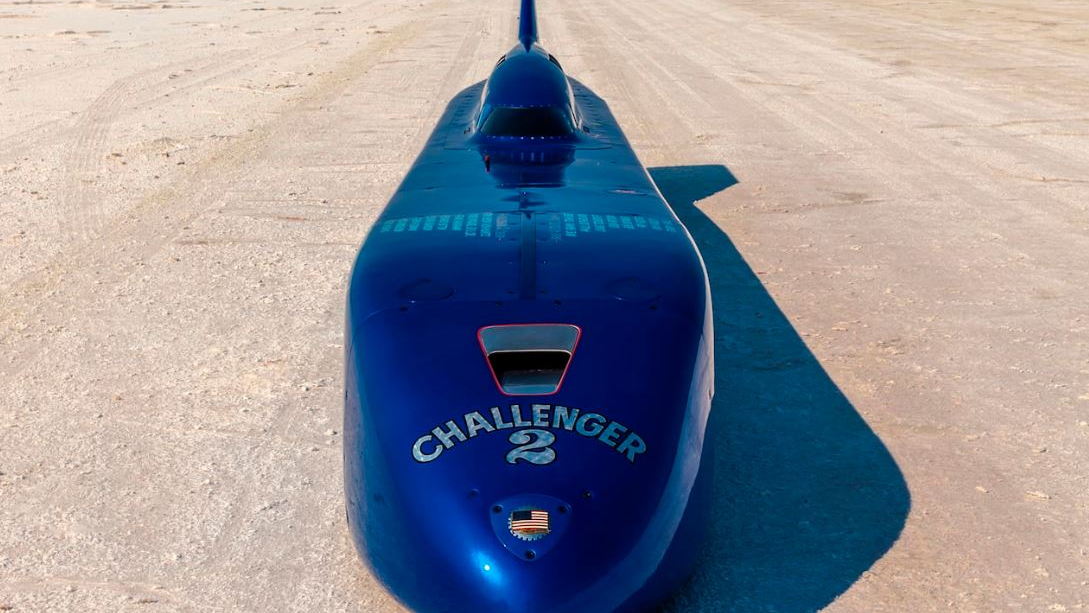 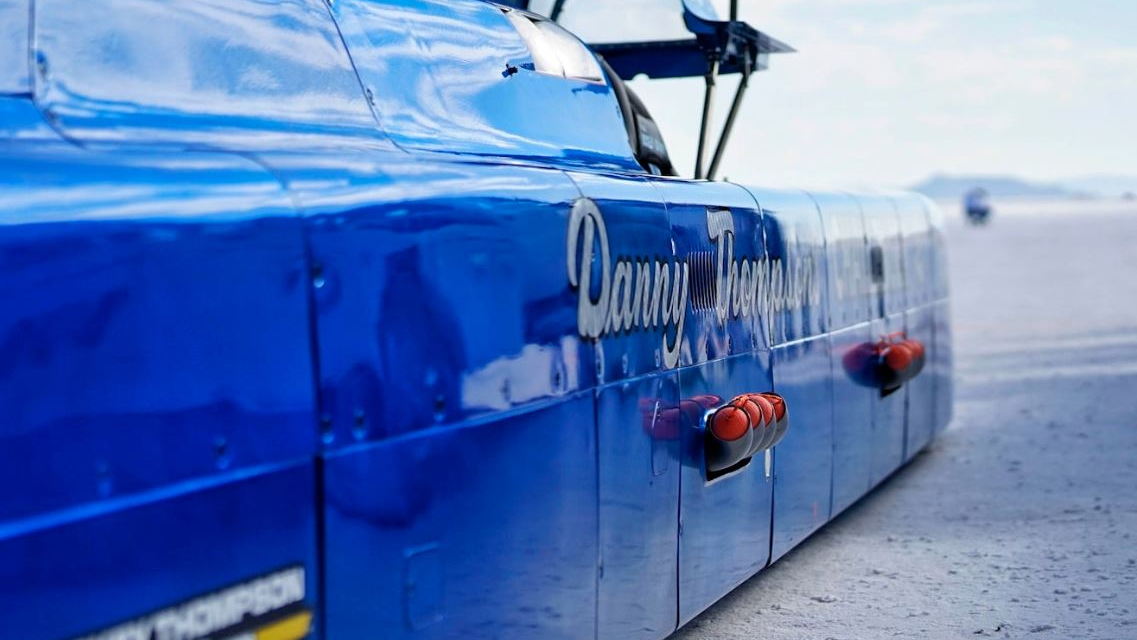 This land speed record car is powered by twin Hemi V-8 engines and holds the world record for the fastest piston-powered, naturally aspirated car in history—and it's for sale.

The 1968 Challenger 2 Streamliner was built by racing and promotional legend Mickey Thompson in partnership with Brighton, Michigan-based Kar Kraft.

Thompson wanted a car that could challenge the 400-plus-mph records with more finesse than his earlier four-cylinder Challenger 1 Streamliner that broke down on him at the Bonneville Salt Flats in 1960 before a return run could cement his 4-mph edge over rival John Cobb.

He returned to the Flats in 1968 with the Challenger 2 Streamliner and managed a 400-mph run before flooding shut the event down. After that stillborn attempt, Thompson lost his sponsorship and went on to pursue other racing interests. When Thomspon and his wife were murdered in 1988, a return to land speed record racing had been in the works. Thompson was to partner with his son, Danny, to make yet another attempt, which never materialized.

Danny still had the bug, however, and returned to Bonneville on the 50th anniversary of the Challenger 2 Streamliner's previous 400-mph run to give it another go. On August 12, 2018, he set the new record of 448.757 mph, which still stands today.

The car was originally built with twin Ford 427 SOHC engines, thanks to sponsorship support from Ford. As part of Danny Thompson's effort to rehab the car for its 2018 run, those were yanked out in favor of twin Brad Anderson 500 cubic-inch V-8s, each driving one set of wheels. They run on 87 percent nitromethane and 13 percent methanol. In 1968, the twin Ford 427s would have produced about 1,800 horsepower. Now, that figure is closer to 5,000.

Each axle has its own 3-speed transmission and heavy-duty, quick-change differential. The engines are linked together by belt-driven engine connectors. Both axles sport aluminum wheels fitted with (you guessed it) Mickey Thompson Bonneville LSR tires that were specially reinforced for 400-mph duty, plus carbon-ceramic brakes for added stopping power. Danny Thompson's refresh of the car included new engine mounts, controls, air tanks and a three-bottle fire suppression system.

The Challenger 2 Streamliner will cross the block at Mecum's Kissimmee auction, which runs from January 2-12, 2020.