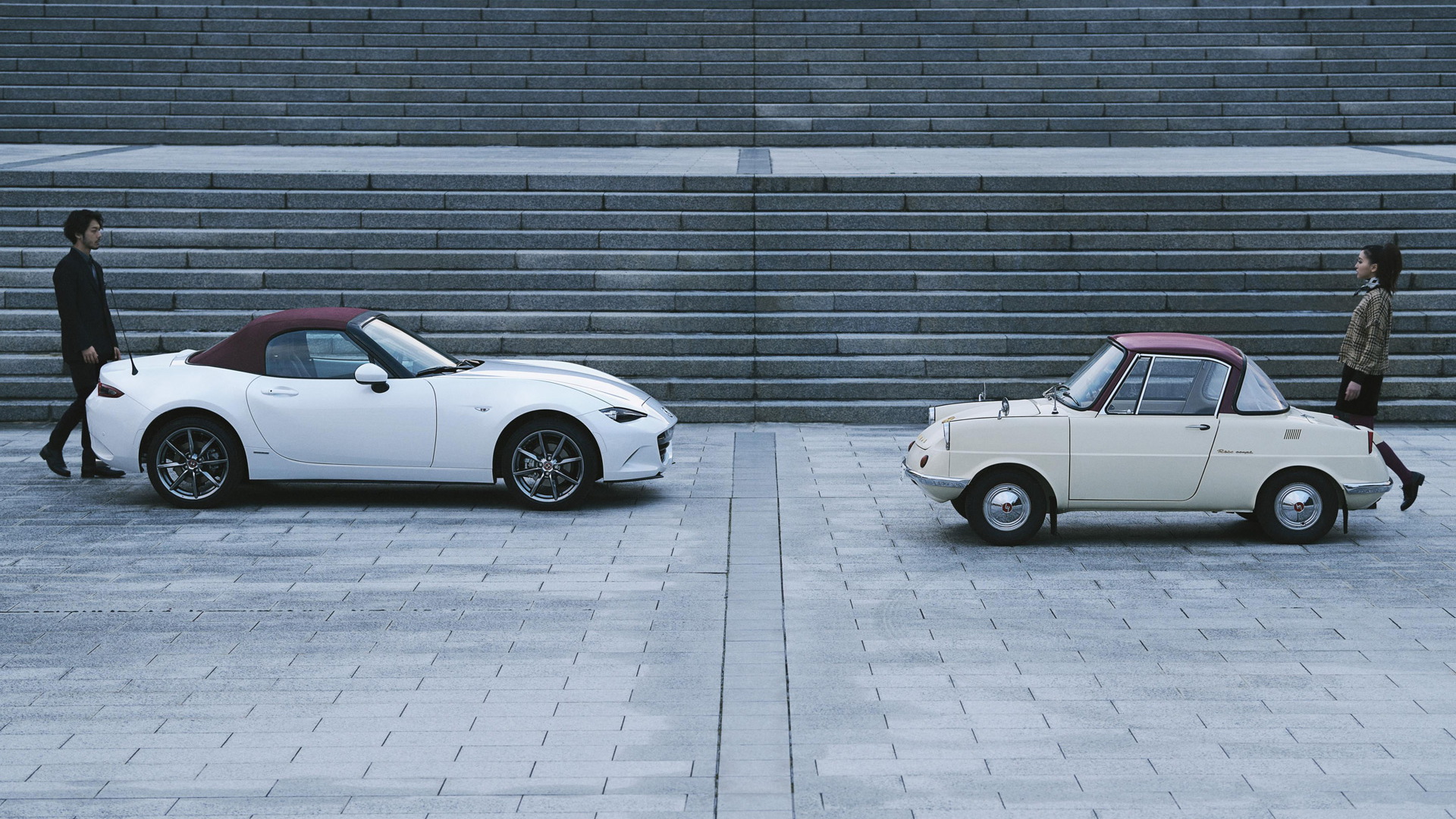 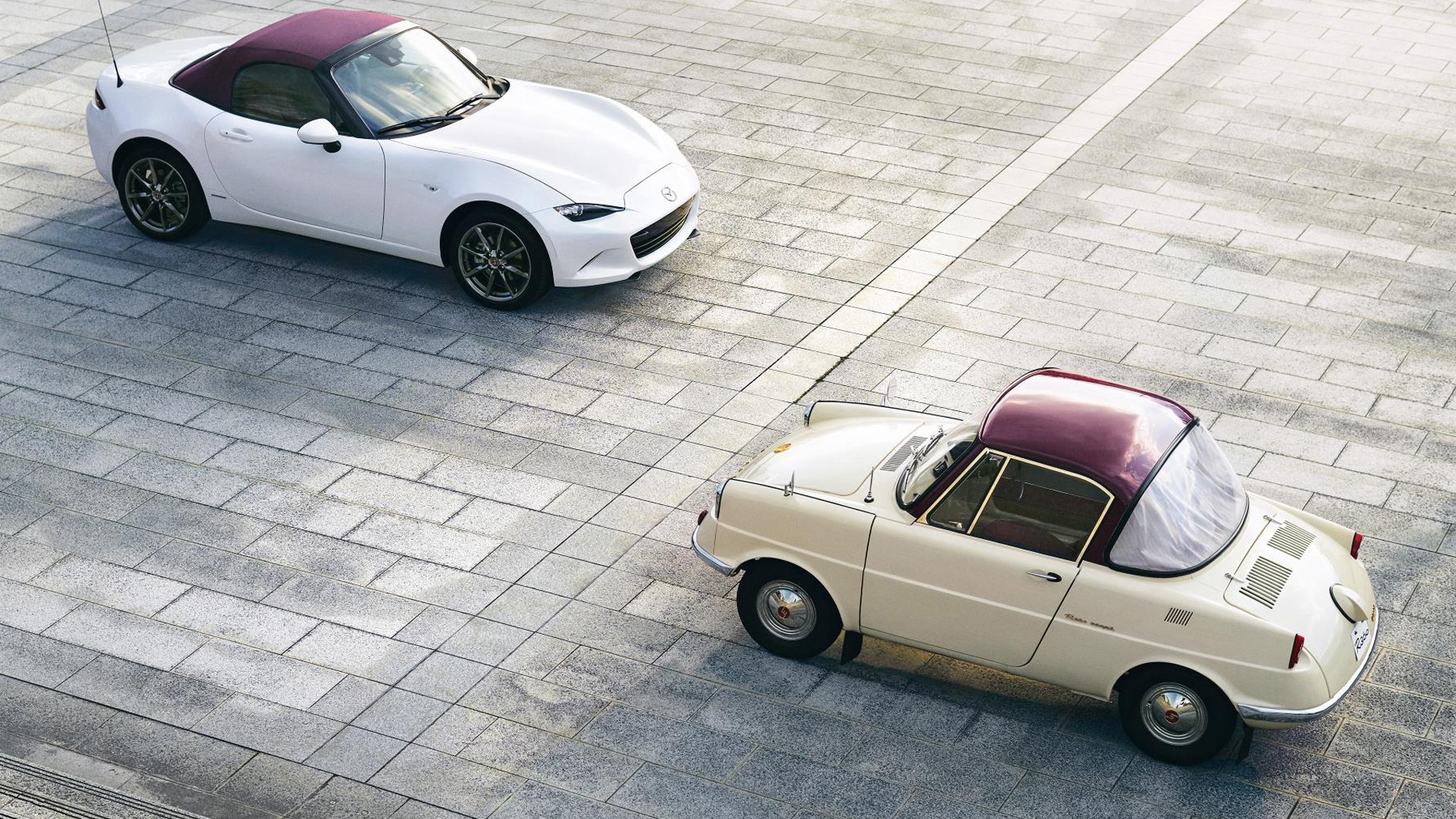 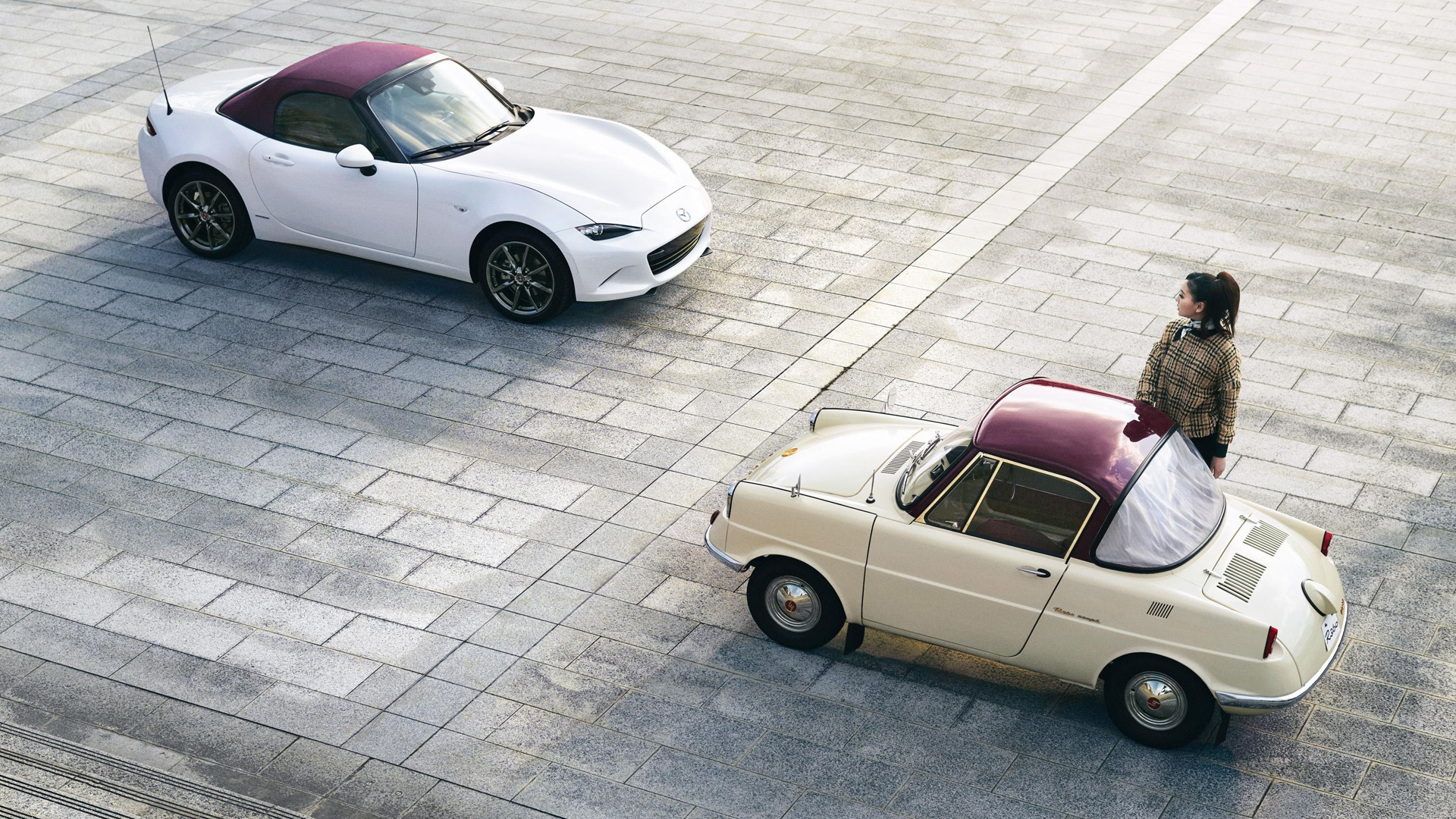 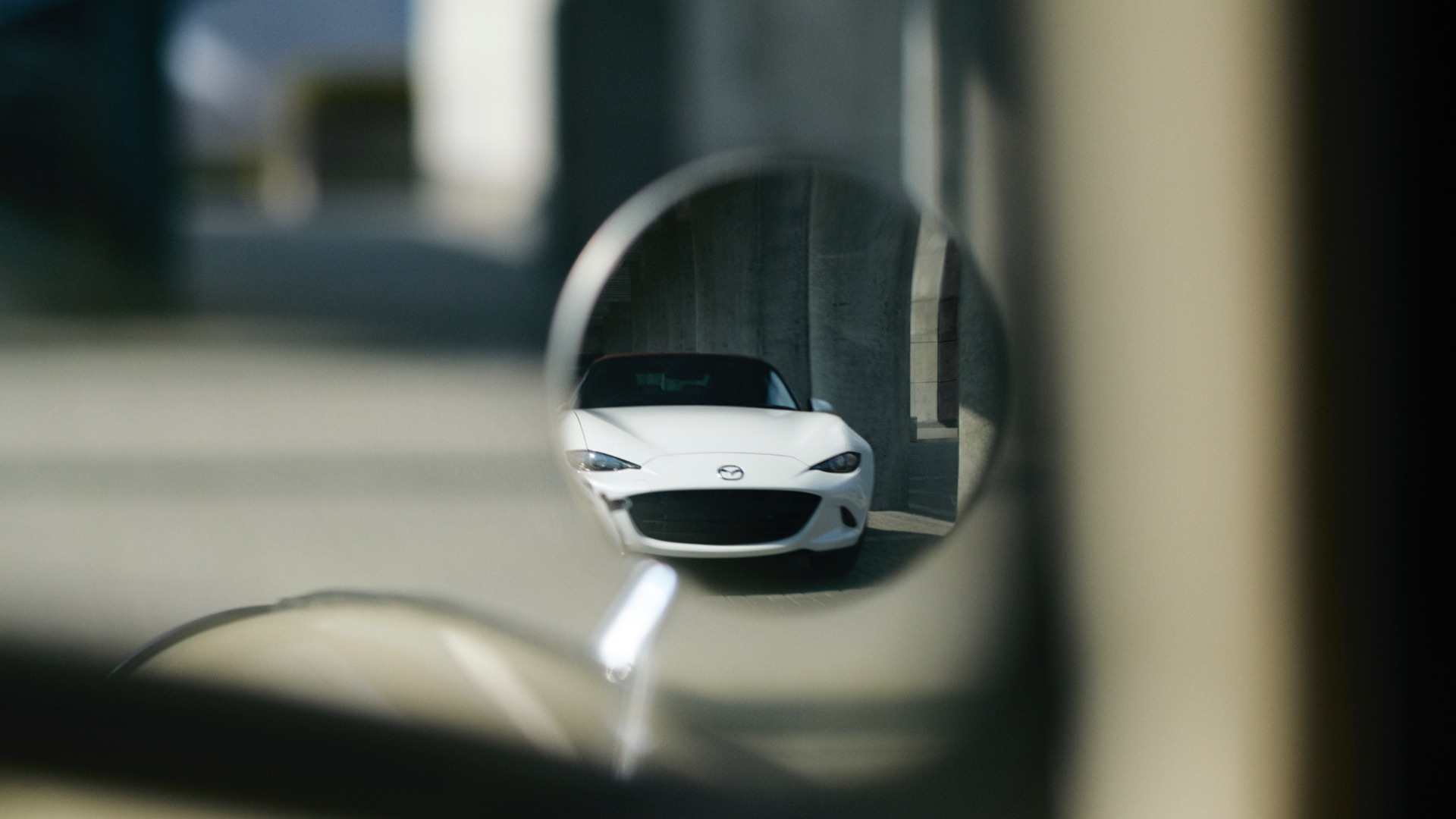 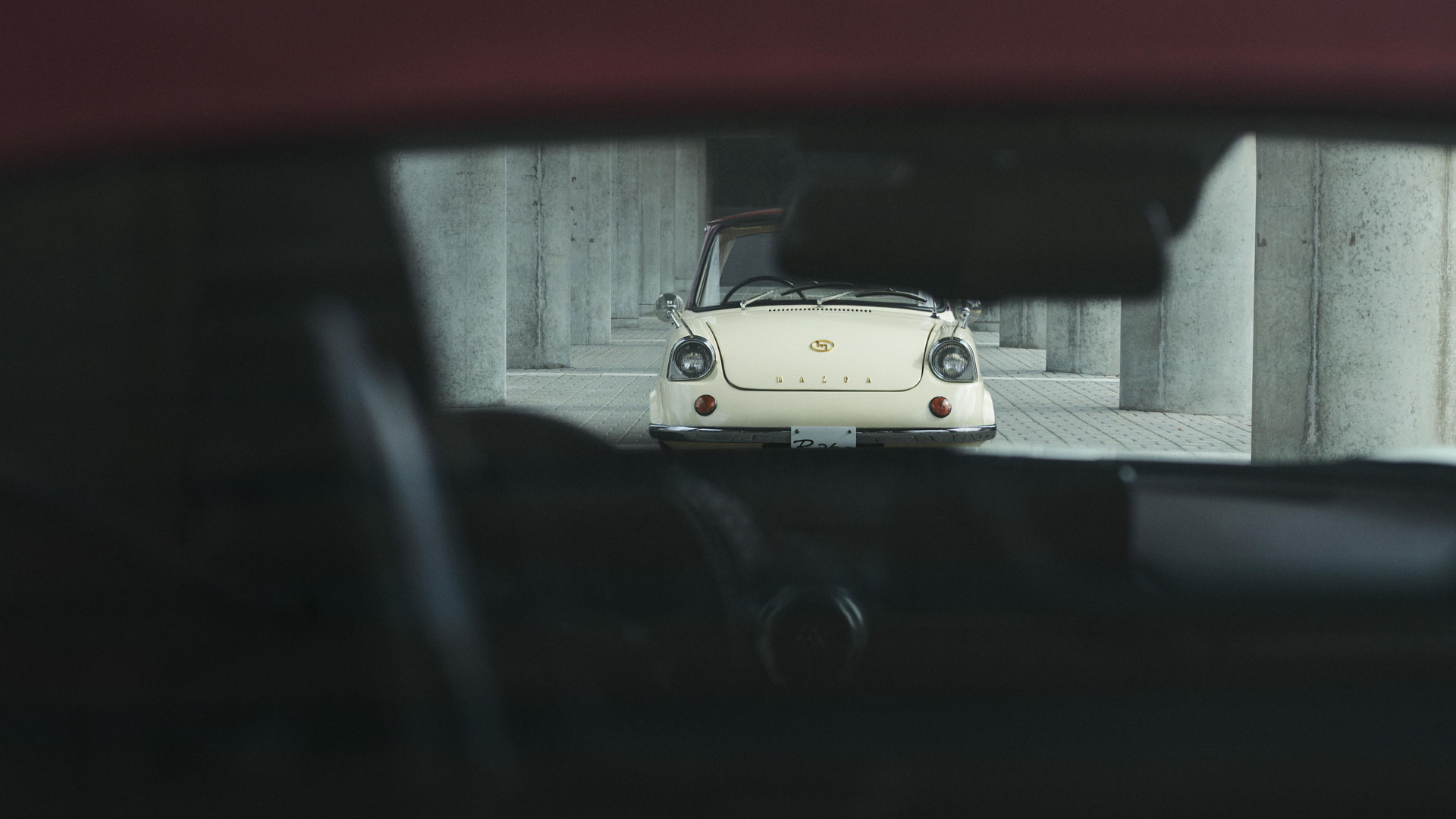 Mazda is launching a special edition MX-5 Miata to celebrate the company's 100th anniversary. Announced Monday in a Mazda press release, the car is scheduled to arrive in United States dealerships later this year.

While Mazda was founded in 1920, the company didn't produce its first car—the R360—until 1960. The R360 was a "kei car," a popular category of tiny cars in Japan built to government rules restricting size and engine displacement.

The 100th Anniversary Special Edition MX-5 Miata borrows its red leather seats and red carpet from the R360. Available in soft-top or RF hard-top form, the special edition gets Snowflake White Pearl Mica paint, 17-inch alloy wheels, and special badging. Soft top models also feature a red roof, while RF models get a black roof. For both body styles, the key fob is embossed with a 100th anniversary logo and comes in its own box.

Based on the 2020 MX-5 Grand Touring model, the special edition is powered by a 2.0-liter inline-4 making 181 horsepower and 151 pound-feet of torque. Power is sent to the rear wheels through 6-speed manual or 6-speed automatic transmissions. Manual cars have a limited-slip differential, Bilstein dampers, a front shock-tower brace, and a sport-tuned suspension.

Mazda said production of the 100th Anniversary Special Edition MX-5 Miata will be "limited," but did not quote a specific number. Pricing starts at $33,615 for a manual-transmission soft-top model. Specifying the automatic bumps the price up to $34,140. The RF is priced at $36,370 with the manual, and $36,695 with the automatic. All prices include a mandatory $945 destination charge.