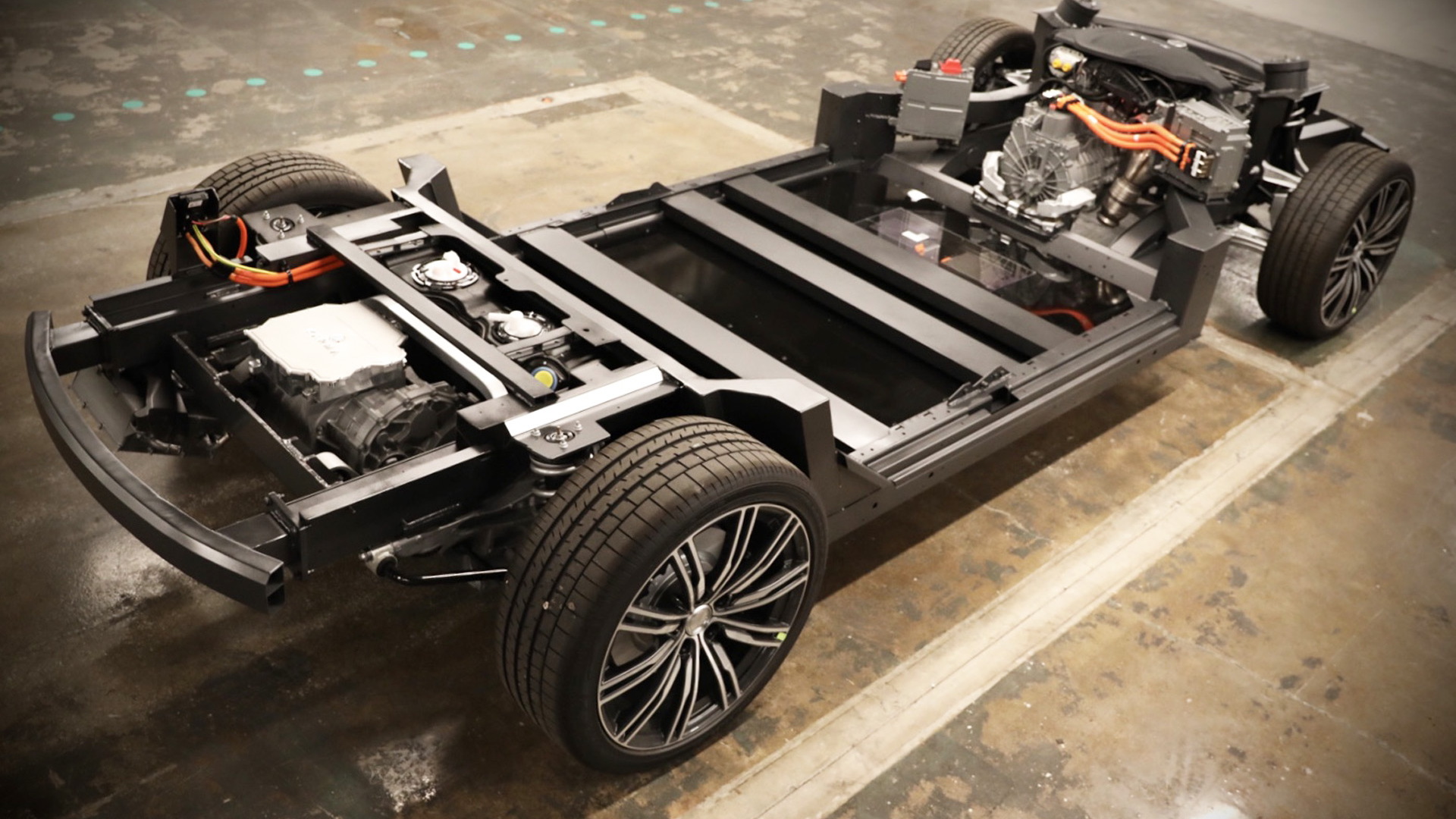 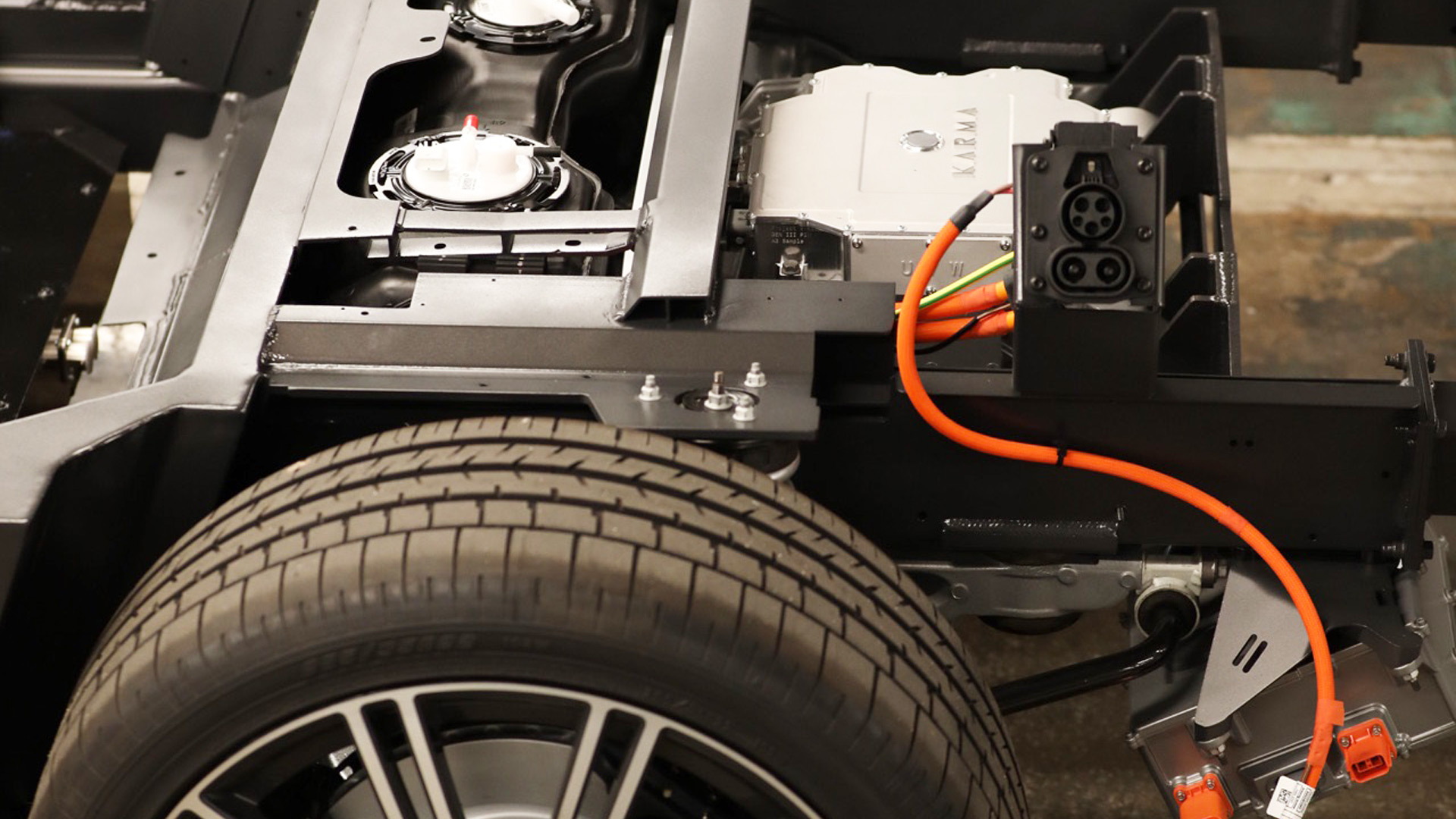 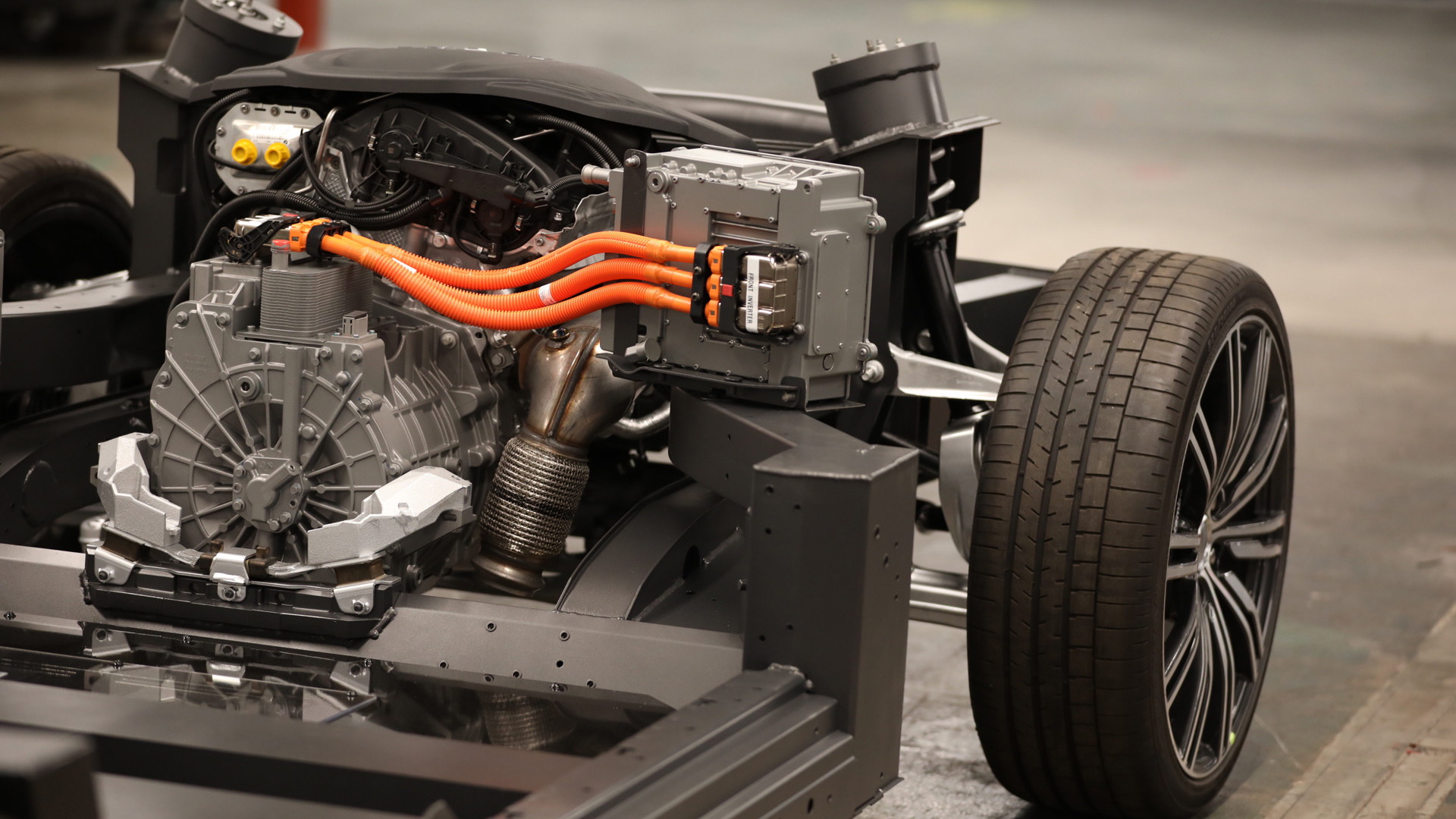 The latest version is designed for extended-range electric SUVs and pickup trucks with all-wheel drive—two vehicles that Kevin Pavlov, Karma's chief operations officer, said in January were being developed. Karma even teased a pickup truck in 2019. 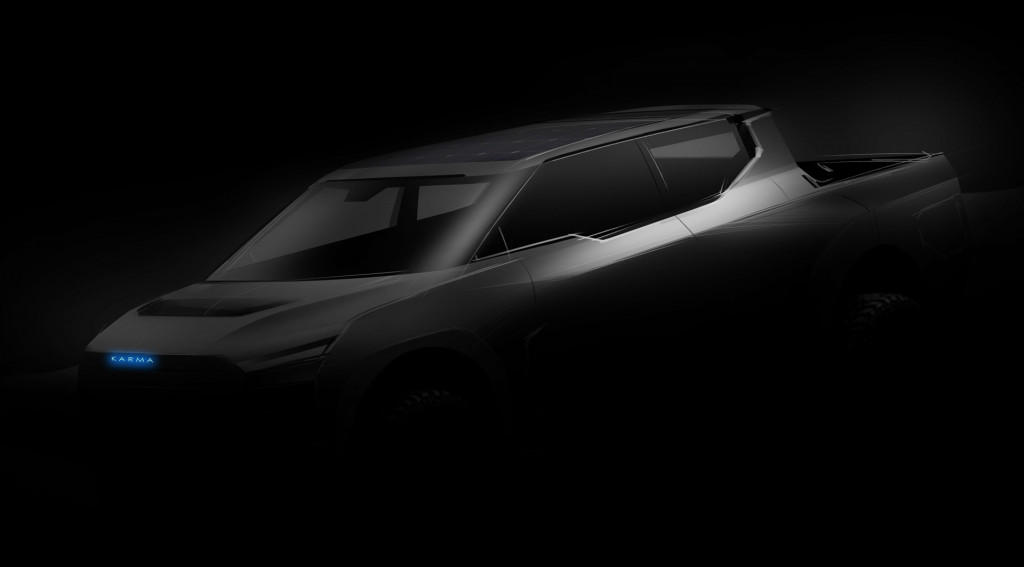 The SUV and pickup version of the platform is known as the AWD EREV E-Flex, and as the name suggests it also features all-wheel drive. The all-wheel-drive system is formed by mounting an electric motor at each axle.

The platform has been demonstrated with an 80-kilowatt-hour battery that Karma says is capable of delivering a range of 240 miles, with 495 miles of range possible from the platform when the onboard range extender is also used. In the case of Karma's Revero sedans, the range extender is a 1.5-liter turbocharged inline-3 sourced from BMW.

Karma wants to license its E-Flex platform to other companies, and over the past weeks has been demonstrating multiple applications including an extended-range commercial van, an affordable battery-electric car, and a battery-electric supercar with as much as 1,100 horsepower on tap. There are as many as 22 possible configurations for the platform when you factor in various options for batteries, motors, transmissions, suspension, subframes and steering. 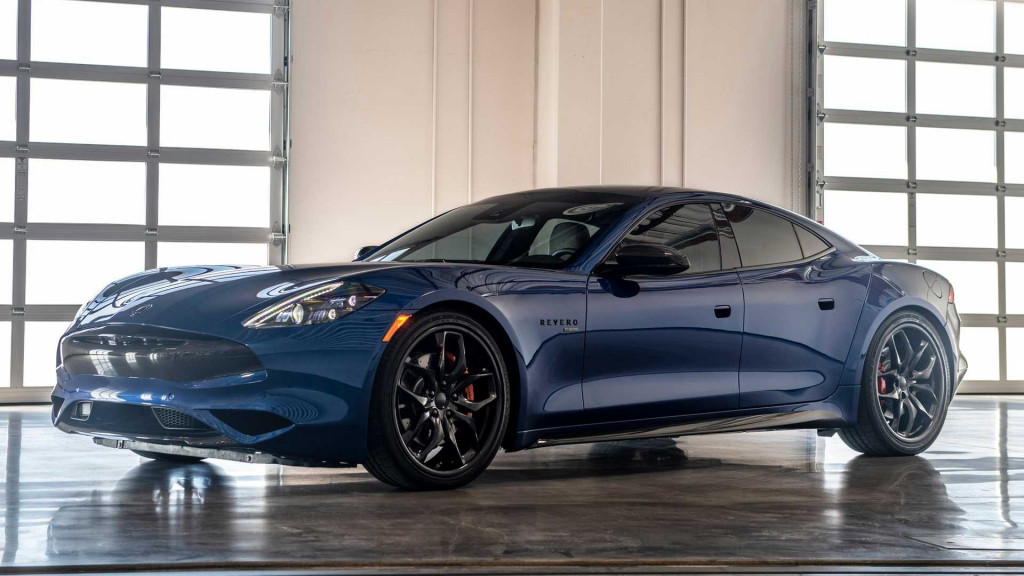 According to Pavlov, the AWD EREV E-Flex offers the most utility as it can be configured for use both on and off the road, as well as for work duty.

“In a pickup truck application, this platform’s EREV technology may allow the driver to negotiate steeper grades and get better performance throughout their driving pattern, which is beneficial for pulling trailers or carrying full payloads,” he said.

As mentioned above, Karma wants to license its platform to other companies. It says the platform offers a solution for firms looking for a fast, relatively low-cost solution to entering the EV game. By using an off-the-shelf platform, a company can avoid the cost of developing, testing and certifying one from scratch. Of course, Karma isn't the only company in the EV space looking to sell both cars and technology. Rival EV startups Bollinger, Canoo and Rivian also have platforms up for sale.