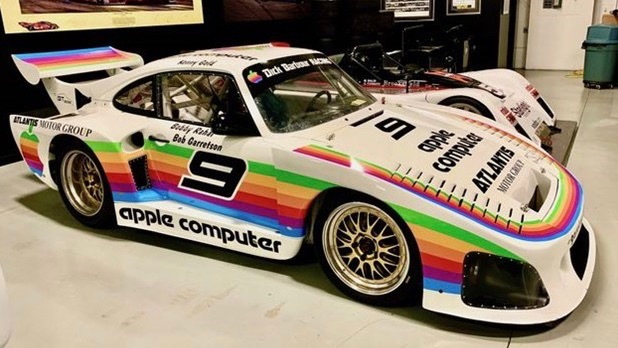 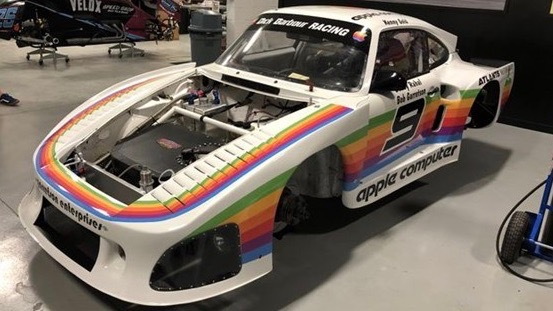 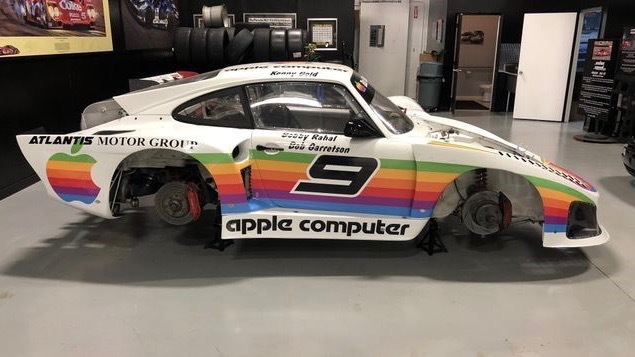 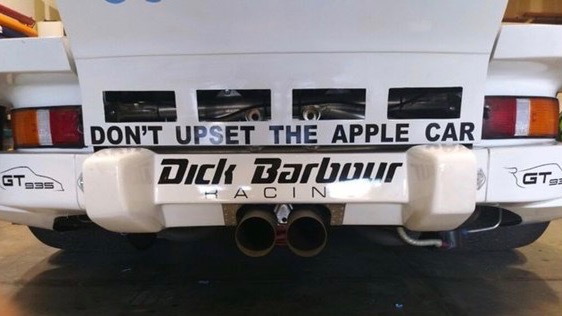 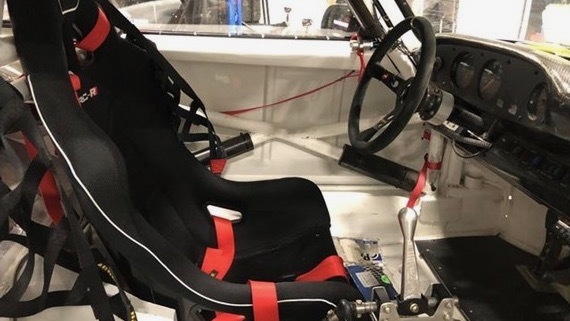 Of the many memorable Porsche racing liveries, the Apple colors are among the rarest, as they were only used during the 1980 season. If a Martini or Gulf car seems too common, and you have half a million dollars to spare, this replica of the Apple-sponsored Porsche 935 is currently for sale on DuPont Registry (and first spotted by The Verge).

The car in question is a replica of a 1979 Porsche 935 K3, the model that originally wore the Apple livery. This isn't the actual Apple car or an actual 935, though. The original currently resides in the collection of comedian Adam Carolla.

The replica is made from valuable components. It has a 3.8-liter twin-turbocharged flat-6 engine based on the 993-generation Porsche 911 GT2 motor, tuned to produce more than 700 horsepower, according to the listing. The car also has 993 rear suspension, grafted onto what was originally a 1969 911 body. Top speed is over 200 mph, the seller claims.

The genuine Apple 935 posted a best finish of second place at Riverside, according to a 2016 profile on the car by The Drive. The car raced at the 24 Hours of Le Mans, but retired after 13 hours. Despite its short racing career, the 935 accomplished the goal of Apple co-founder Steve Jobs, which was to get exposure for the then-fledgling computer company.

The 935 itself was one of Porsche's greatest race cars. Loosely based on the 911, the 935 got a flat nose and enlarged tail section for better aerodynamics. In 2018, Porsche unveiled a commemorative model based on the GT2 RS. Production was limited to 77 cars and, unlike the original 935, the 21st century version was not homologated for any specific race series.

If you value originality, this probably isn't the car for you. However, the eye-catching livery is more relevant today than it was in 1980. If that appeals to you, note that the replica 935 will cost $499,000, which is payable in installments of $4,415 a month.