Aside from the four-ring badge, nothing says Audi like Quattro all-wheel drive. Launched on the stages of the World Rally Championship, Quattro has come to define the German automaker's luxury cars. Quattro turns 40 this year, so Audi released a history of the breakthrough all-wheel-drive system.

The first Quattro system was based on lessons learned from the Volkswagen Iltis, an off-roader developed in the 1970s for military applications. That original system used a manually engaged center differential, operated by a vacuum switch, to send power to both axles. This was later upgraded with a Torsen center diff that automatically split power 50:50 front to rear.

Audi needed to demonstrate the benefit of all-wheel drive, so it installed the system and a turbocharged inline-five in the Quattro coupe, and went rallying. The Quattro dominated the WRC in the early 1980s, although its competitiveness ebbed as other automakers adapted all-wheel drive, too. Audi then took all-wheel drive to road courses with Trans-Am, IMSA, and DTM campaigns through the early 1990s.

The next big evolution of Quattro came in 2000, when Audi adopted a Haldex coupling for use in transverse-engine vehicles. The different packaging requirements of a transverse engine necessitated the Haldex setup, which uses a prop shaft and clutch to send power to the rear wheels. 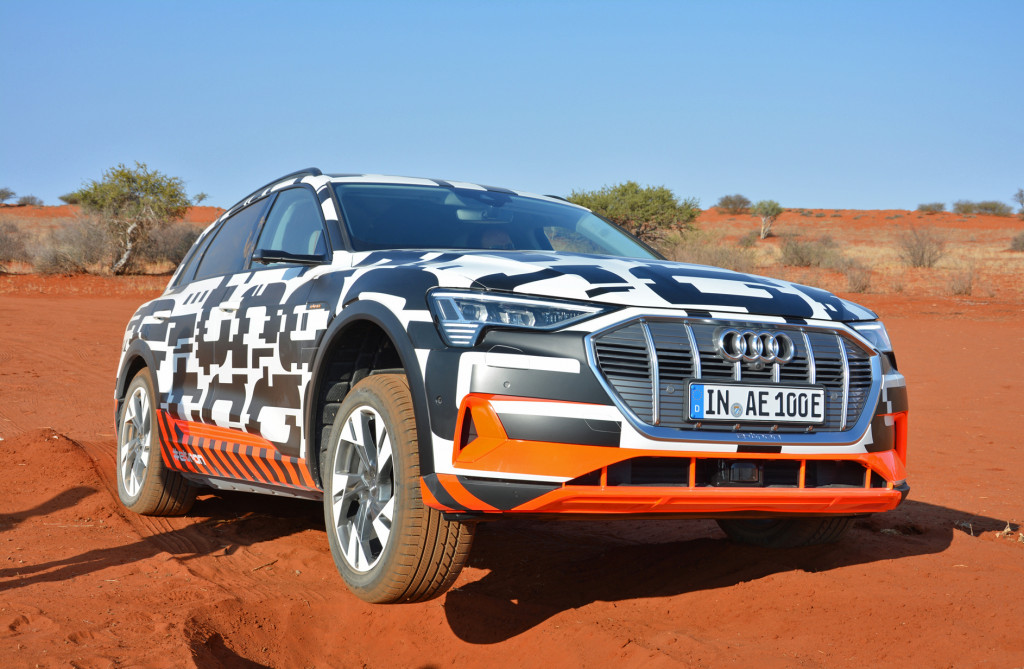 Audi currently uses five all-wheel-drive systems. One was designed for large vehicles based on the MLB Evo platform, such as the A8 sedan. Another was designed for smaller MQB-based models, such as the A3 and TT. Audi also has an efficiency-focused Ultra system, and a bespoke system for the R8 supercar. Finally, electric models get their own version.

The all-wheel-drive system used in larger vehicles is closest to that of the original Quattro system, with front, center, and rear differentials. Performance models also get a "sport" differential that enables torque vectoring. MQB-based models use a Haldex system, while the R8 uses a rear transaxle, with an electro-hydraulic multi-clutch pack for sending power to the front wheels.

The fuel-efficient Quattro Ultra defaults to front-wheel drive to boost gas mileage, sending power to the rear wheels only if extra traction is needed.

The current E-Tron electric crossover uses one electric motor to power each axle, without any mechanical connection between them. A more powerful setup with two electric motors at the rear axle and one still at the front features in the sportier E-Tron S.