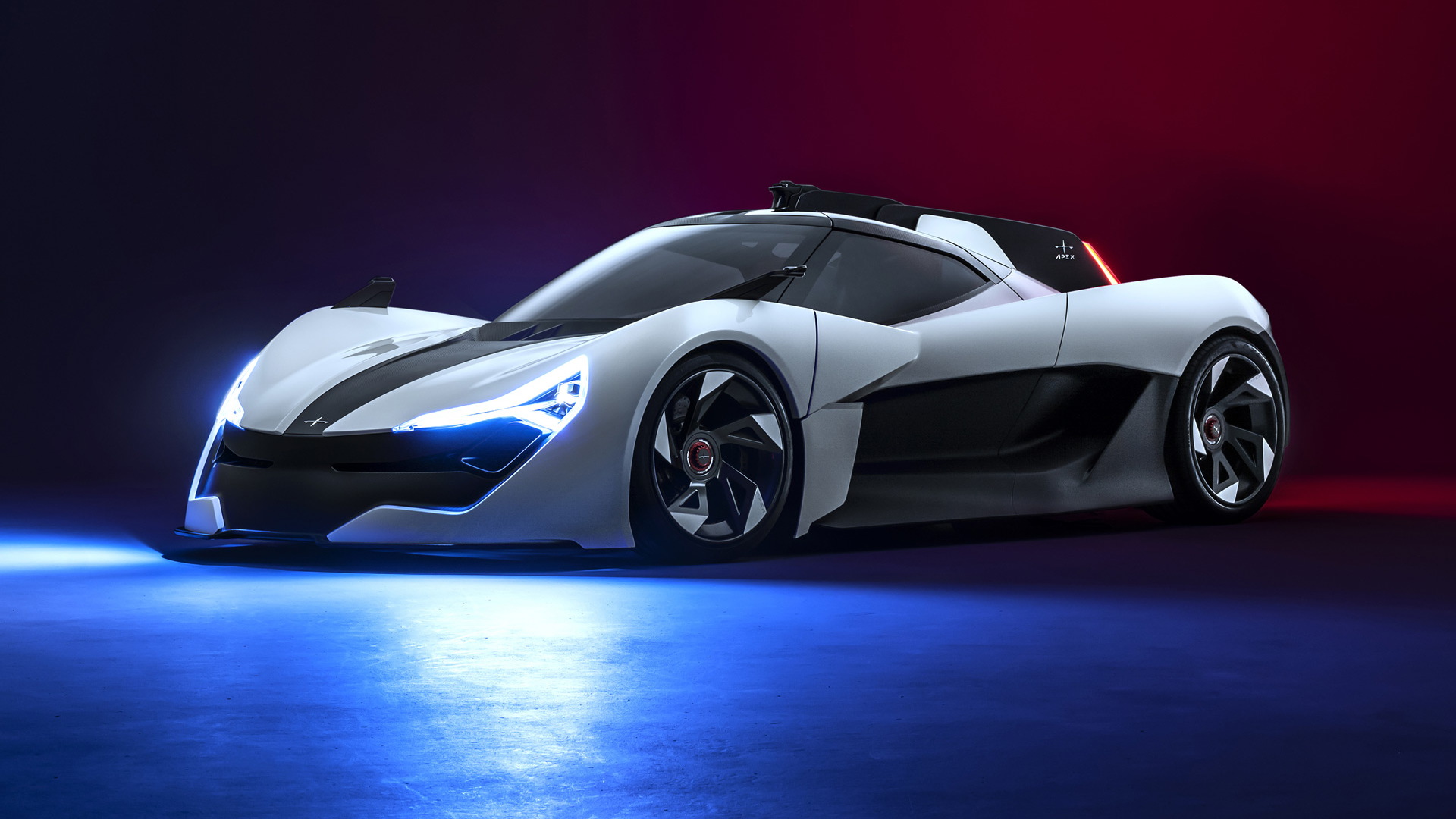 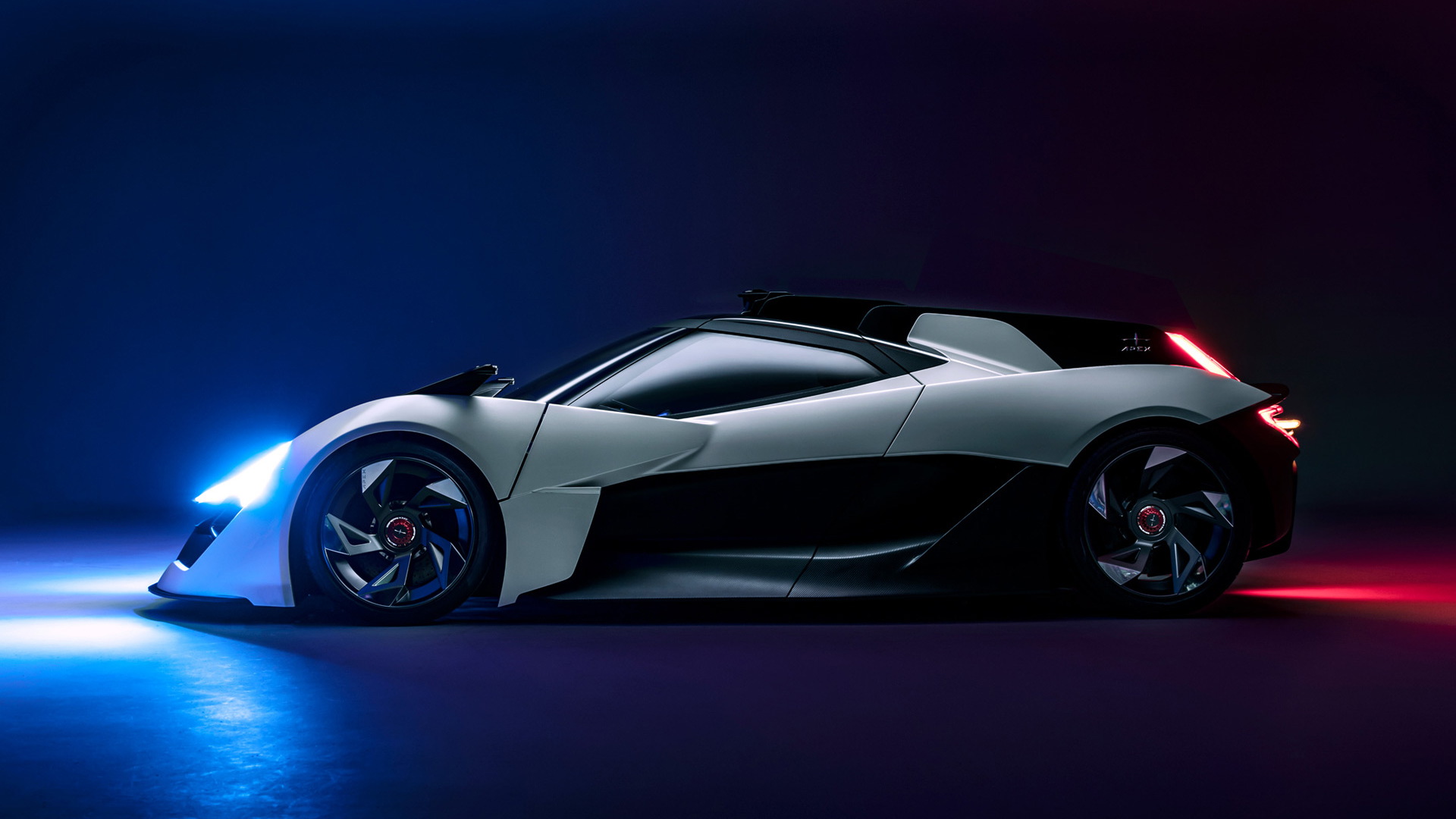 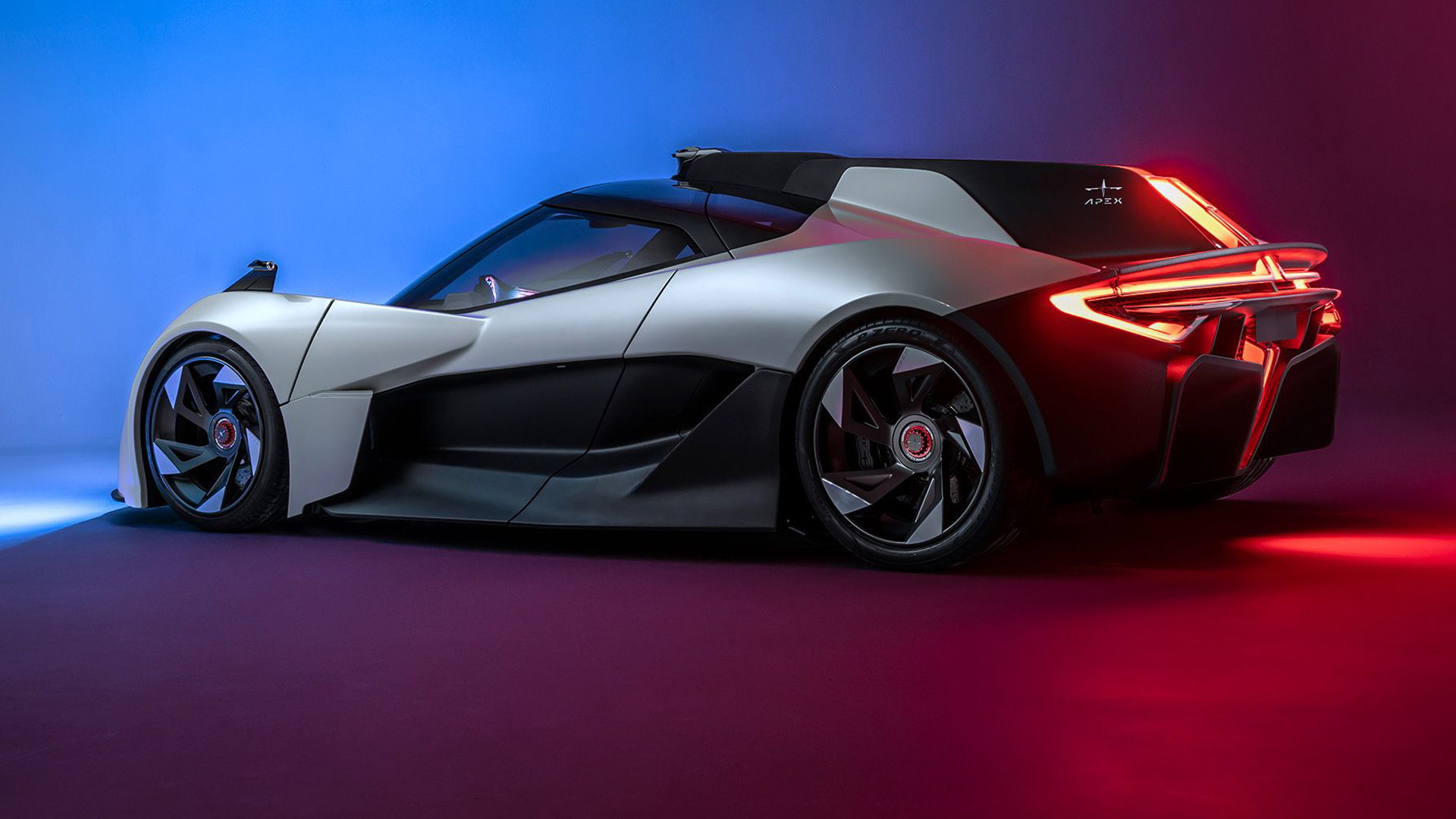 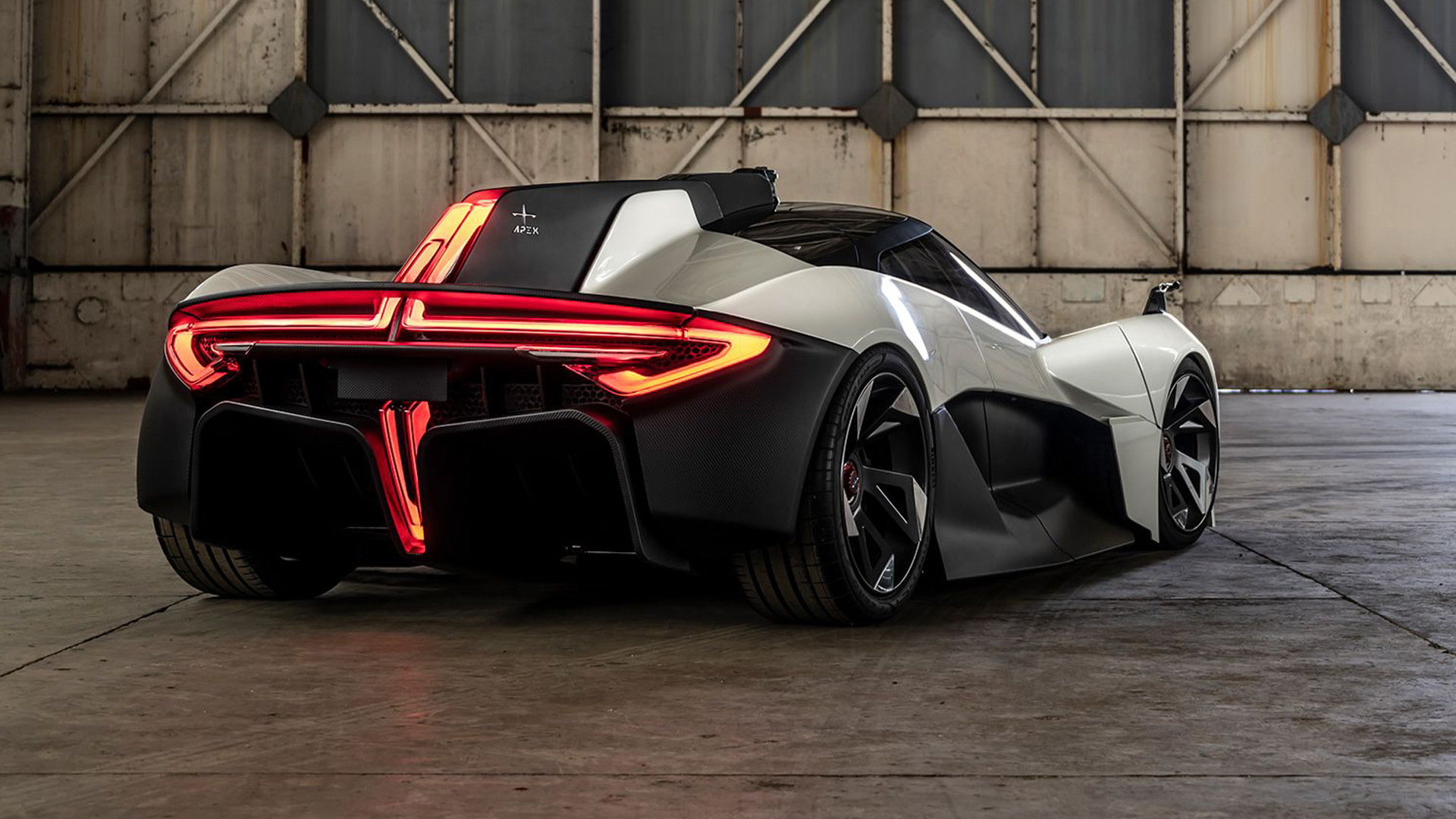 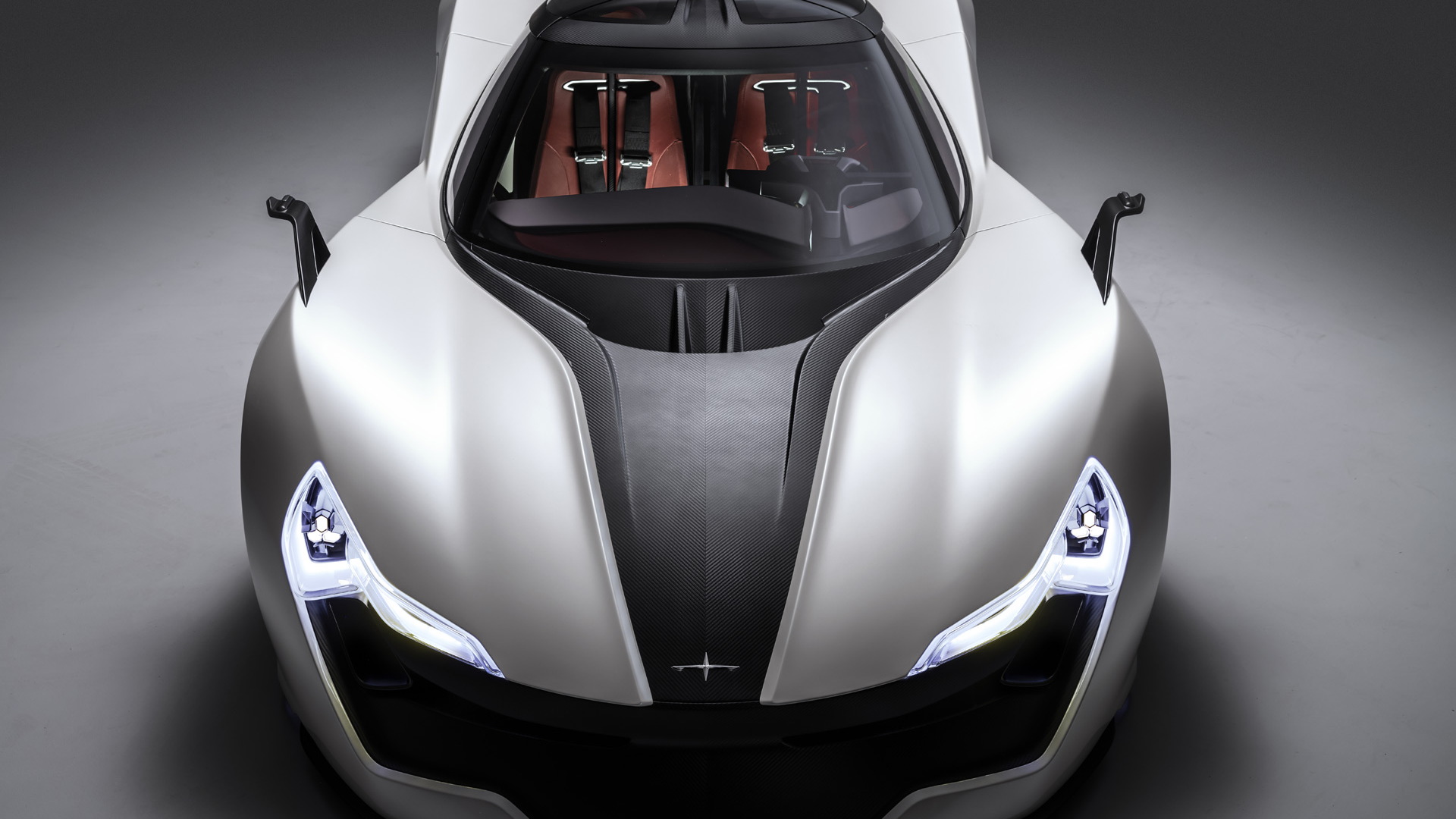 A British sports car startup by the name of Apex on Friday unveiled the new AP-0 electric track car.

Apex was founded in 2018 by Hong Kong brothers Jason and Gary Leung and currently offers a gasoline-powered track car called the AP-1, which is essentially a rebadged version of the Elemental RP1 unveiled in 2016.

The AP-0 is the first new design for Apex but keen buyers will have to wait until late 2022 for the start of production. Despite the date being so far out, Apex has already announced pricing for the AP-0 will start at $150,000 British pounds (approximately $184,850).

For this, you'll get a street-legal track machine with a carbon fiber tub, carbon fiber body, and an electric drive system generating 650 horsepower and 428 pound-feet of torque. All of this has to power a car that weighs only 2,645 pounds, with 1,212 pounds made up by the battery alone, in this case a 90-kilowatt-hour lithium-ion unit. Apex promises a range of about 300 miles on a charge and says an 80-percent charge in 15 minutes is possible using a high-speed charger.

Of course, the 300-mile range is likely with legal speeds only. Push the car to its limits and the range will likely drop, but heck, you'll be enjoying 0-62 mph acceleration in just 2.3 seconds and a top speed approaching 190 mph.

Where Apex aims to stand out from the other firms offering track cars, electric ones included, is via self-driving capability. The central fin on the car serves as a structural element and aerodynamic stabilizer, but it also integrates lidar sensors for a self-driving system.

Right now the system enables the AP-0 to more accurately identify potential hazards, pedestrians, cyclists and other vehicles, but all the hardware necessary for a self-driving system at Level 4 on the SAE scale is present. It means owners of the AP-0 will have a car that can drive itself for extended periods in certain situations once software and legal requirements allow it. Such a feature could prove handy if the drive home from a long day at the track is packed with traffic.

All the sensors fitted to the AP-0 can also prove handy on the track. Together with an augmented reality holographic display, the sensors can help guide a driver down the ideal racing lines and allow them to hone their skills. Apex calls the system the AR Race Instructor.

Part of Apex's plans also call for the construction of an FIA-approved racetrack close to Hong Kong. The track will serve as an R&D center for the company and also the site for a driver academy that will cater to Apex's customers.