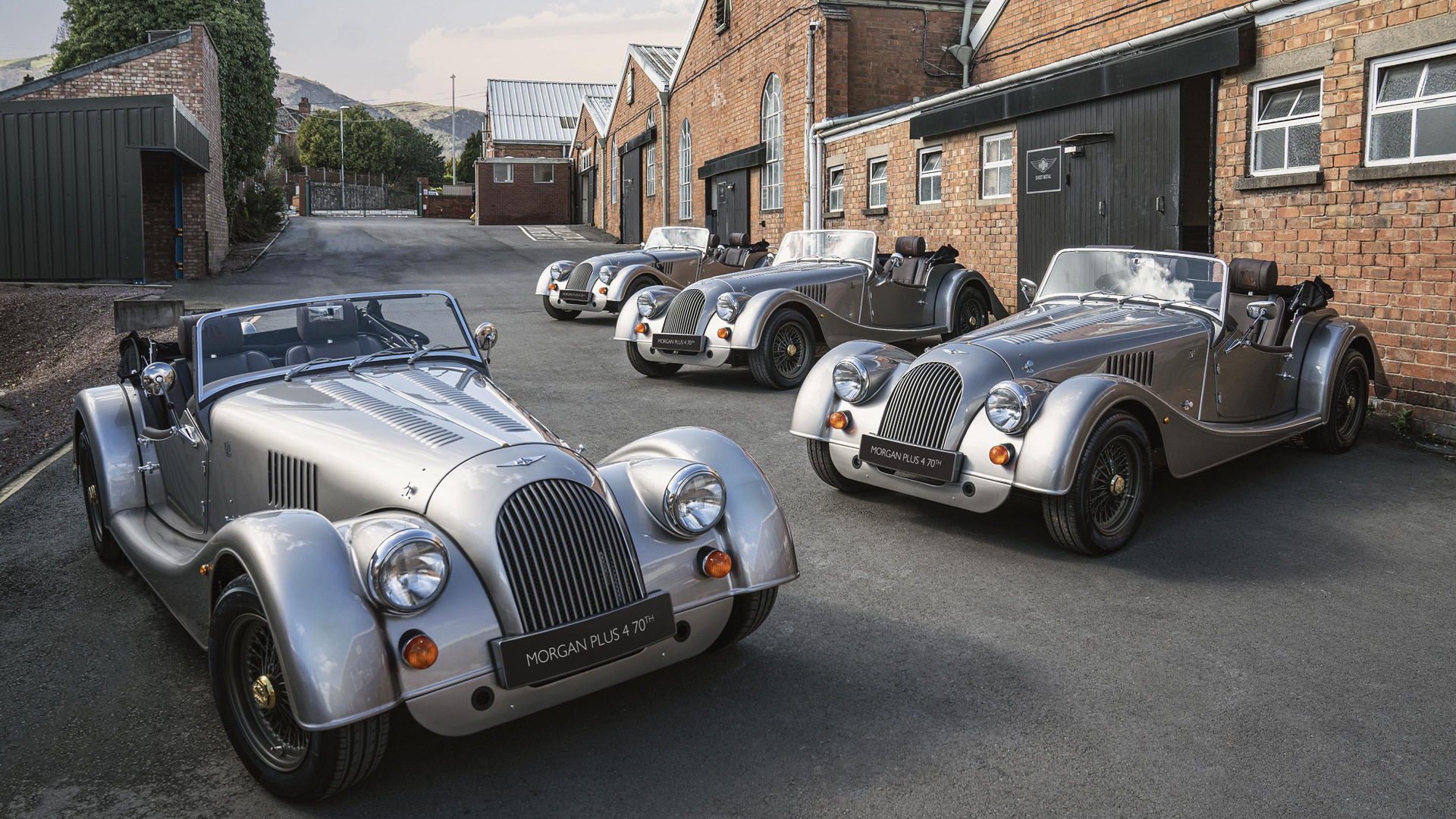 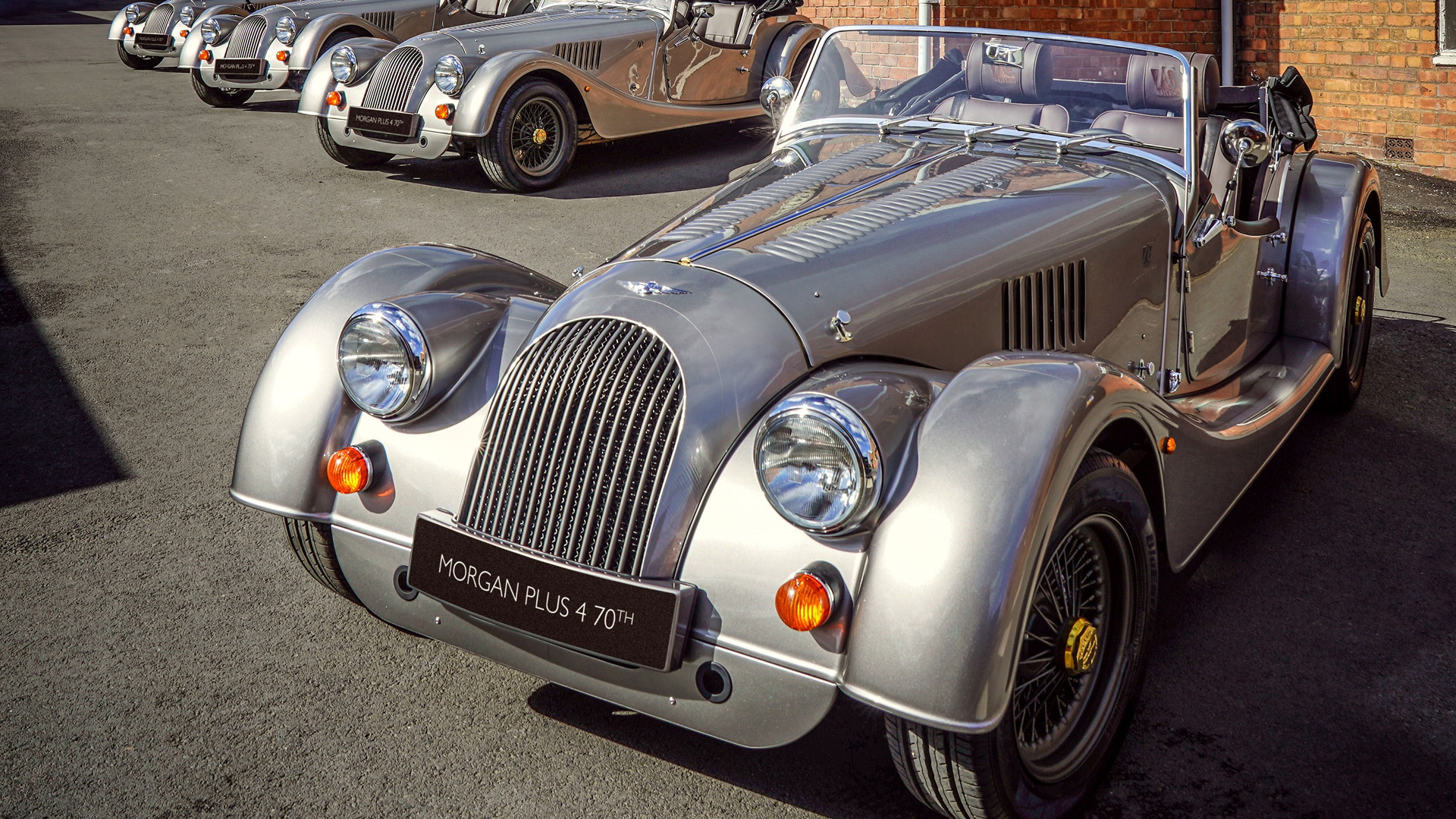 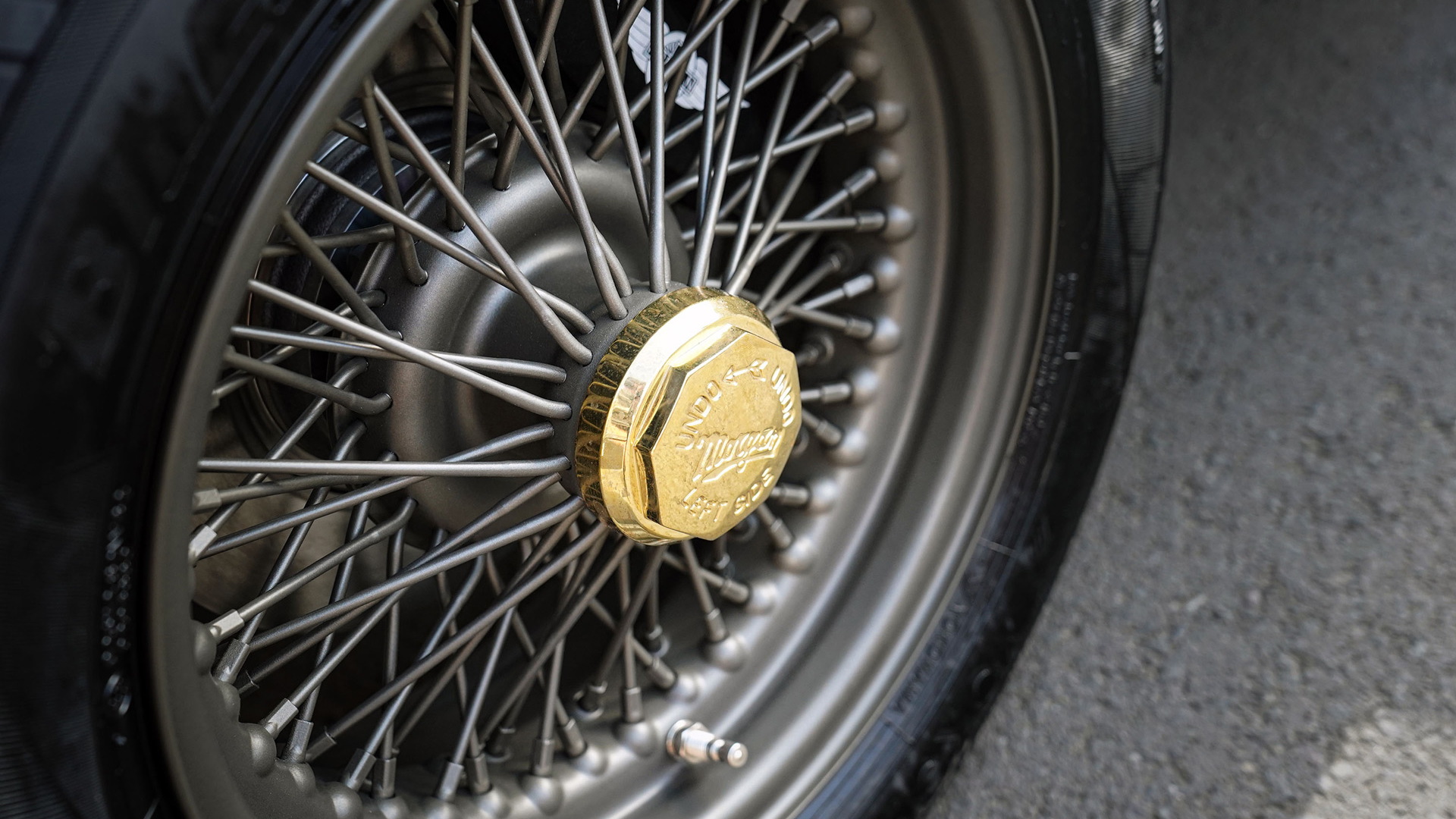 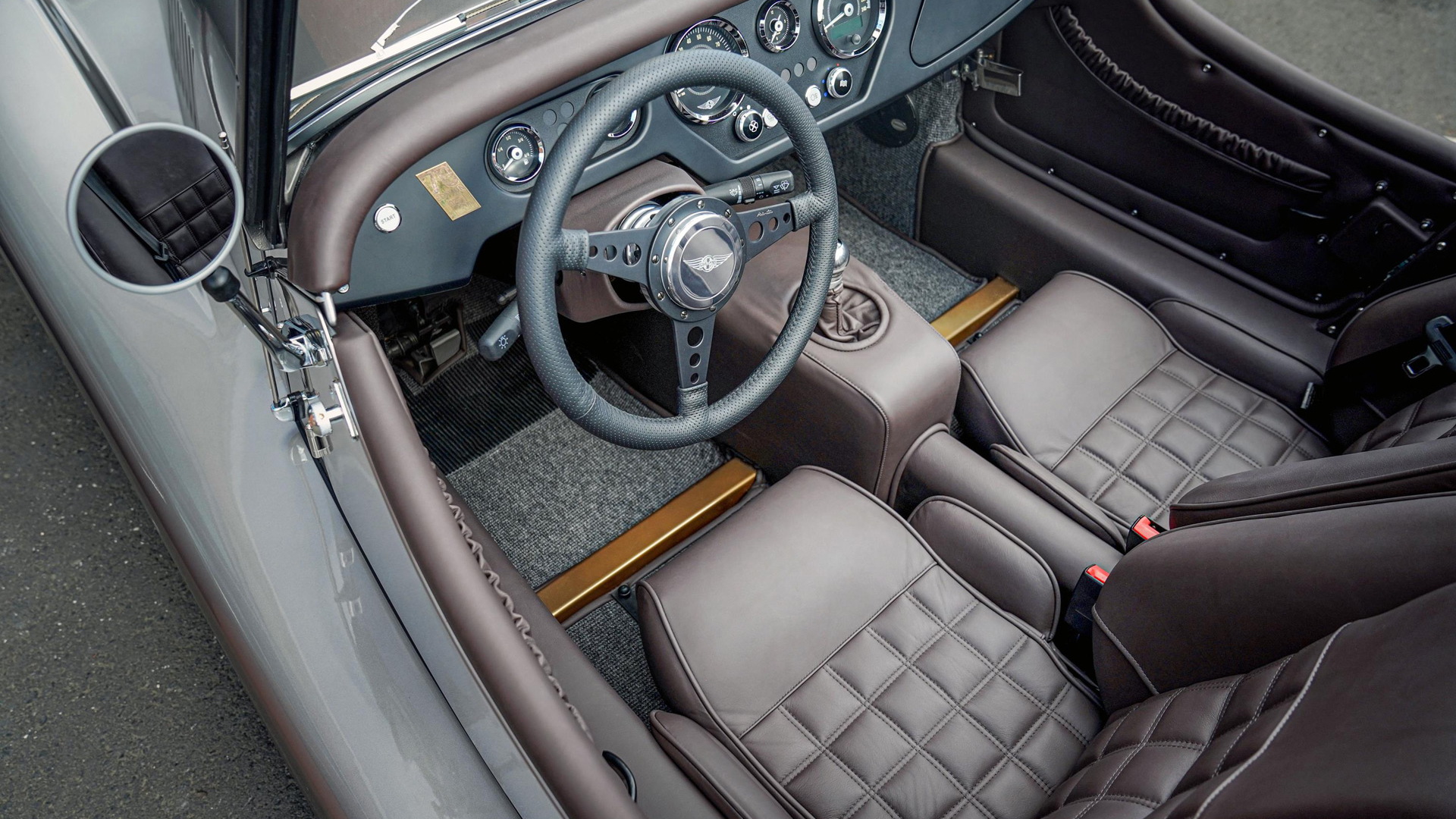 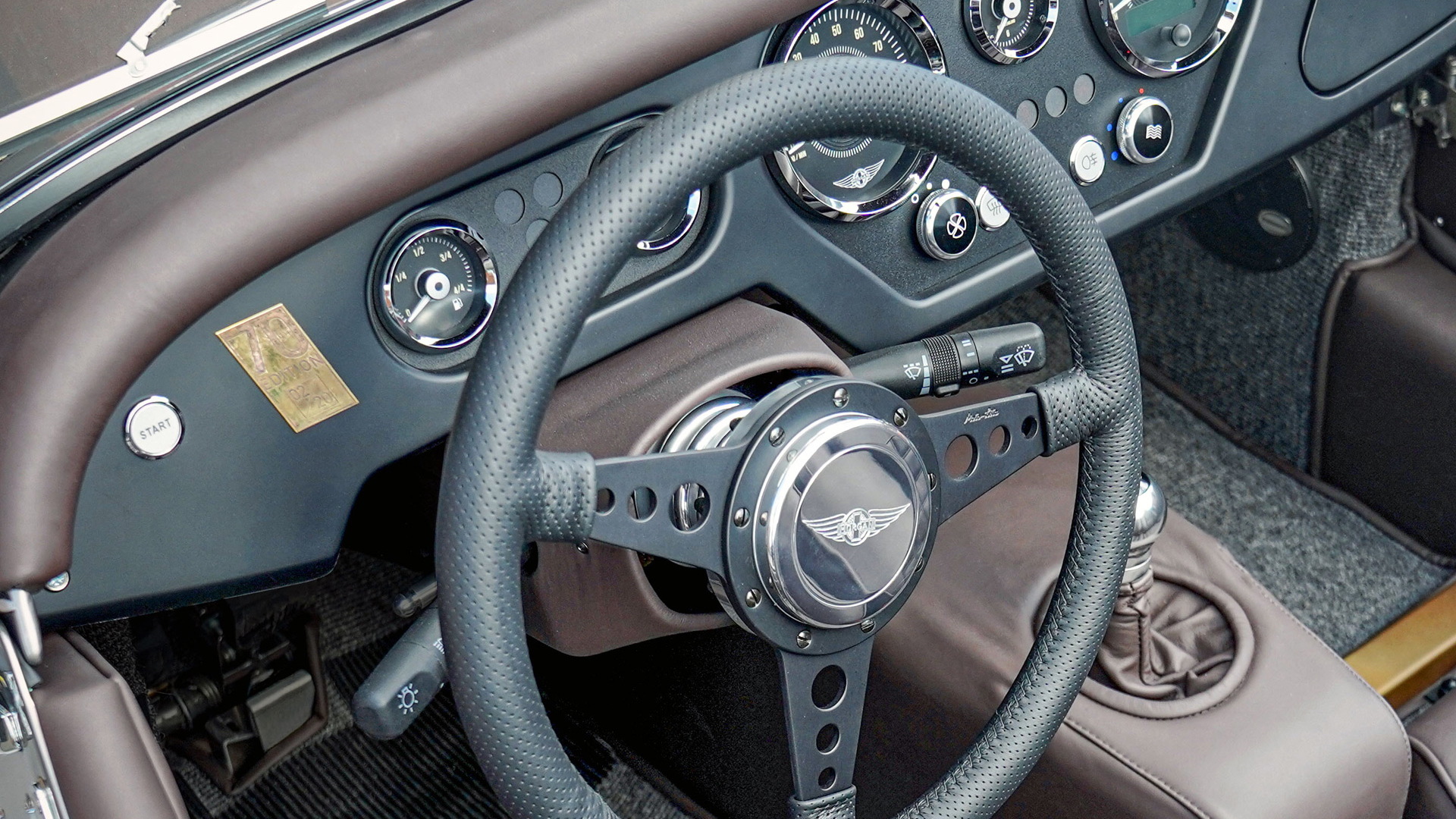 Morgan is 111 years old, and for more than half of its existence it's made a vehicle on a version of the same chassis.

That chassis is an old steel design that has underpinned the Morgan Plus 4 since 1950, and now it's finally headed out to pasture as Morgan has developed a lighter aluminum chassis for its next generation of cars.

To mark an end to the old chassis and also the 70-year run of the Plus 4 built around it, Morgan has launched the Plus 4 70th Anniversary Edition. The first examples of the special edition, of which just 20 will be built during 2020, were revealed on Thursday.

Seventy years marks a platinum anniversary and the special-edition Plus 4 is painted Platinum Metallic, but mother always said it's not what's on the outside that counts. Each chassis is also painted gold.

Inside, each Plus 4 70th Anniversary Edition is upholstered in leather and the headrests are embroidered with special-edition logos. The performance seats are heated and footwell lighting is also included. The dashboard is covered in a Ravenwood veneer, the cowl and door handles are leather-trimmed, and dark gray box-weave carpets line the floor. A satin black Mota-Lita steering wheel finishes off the look.

Every Plus 4 70th Anniversary Edition comes with a photographic build record, which will be important at future auctions. And because they're Morgans, each also has a mohair hood cover and storage bags for the sidescreens.

Under the hood, the special-edition Plus 4 gets an upgraded version of the Ford 2.0-liter inline-4 found in other models. A new engine map from Aero Racing ups power by 26 horses to 182 horsepower, which flows to the rear wheels via a Mazda 5-speed manual transmission. Morgan said the Plus 4 70th Anniversary Edition sprints from 0-60 mph in less than 7.0 seconds, and while it's not exactly quick, it should sound good thanks to an Aero Racing sports exhaust.

If you missed out, Morgan has already announced a successor based on the new aluminum chassis. This one gets a BMW inline-4 with 255 hp on tap and an available automatic transmission. It starts at 62,995 British pounds.