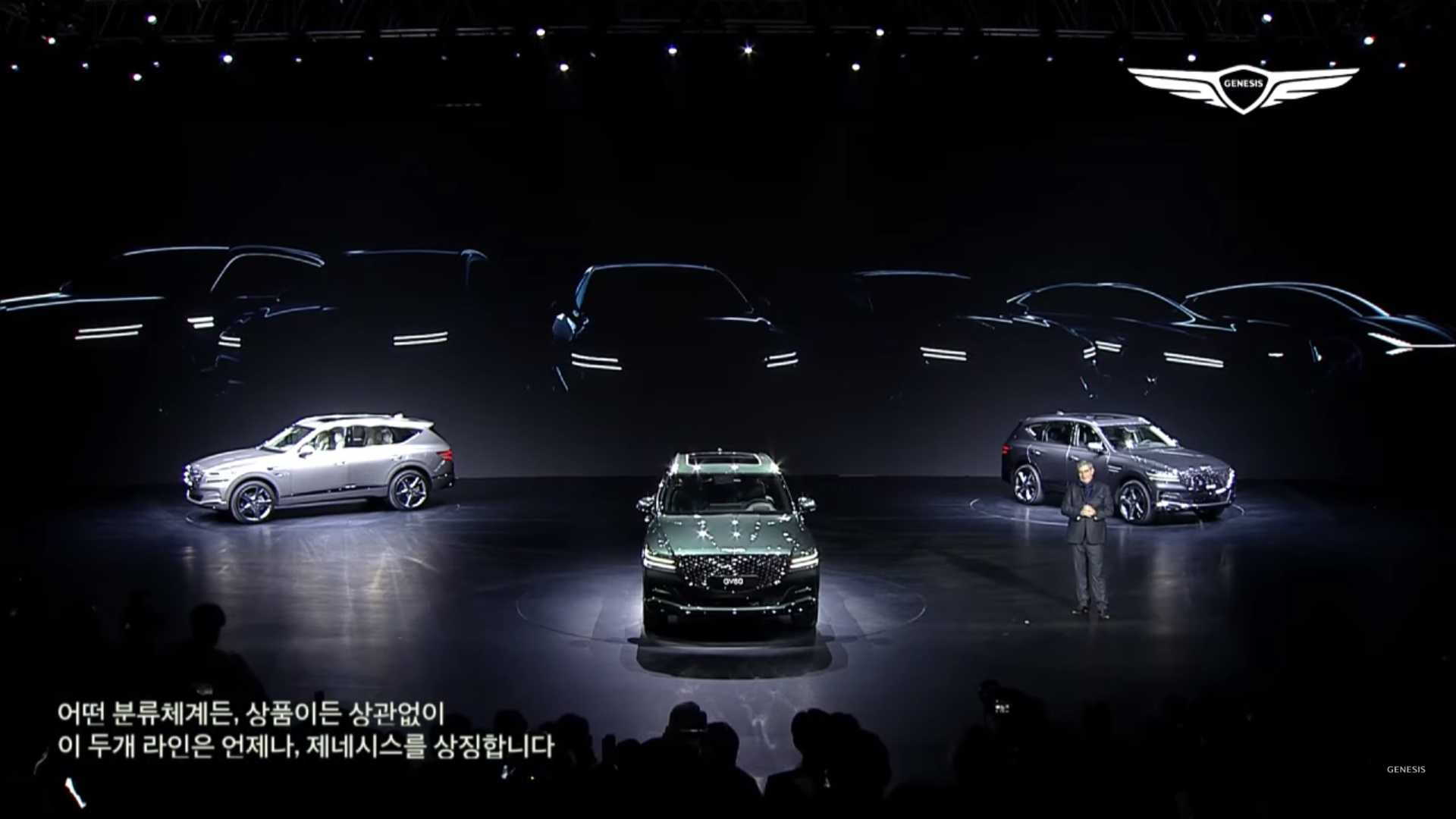 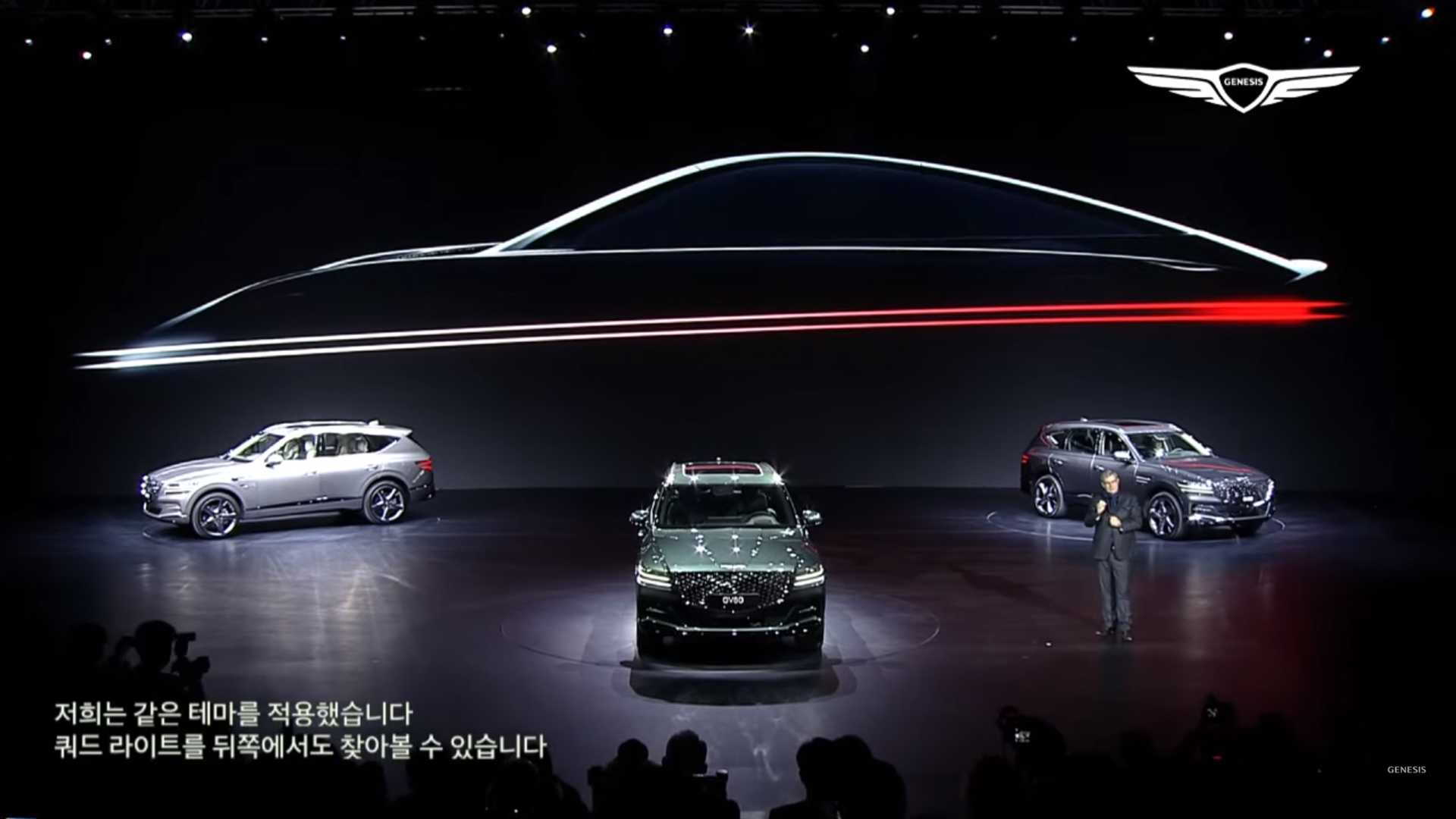 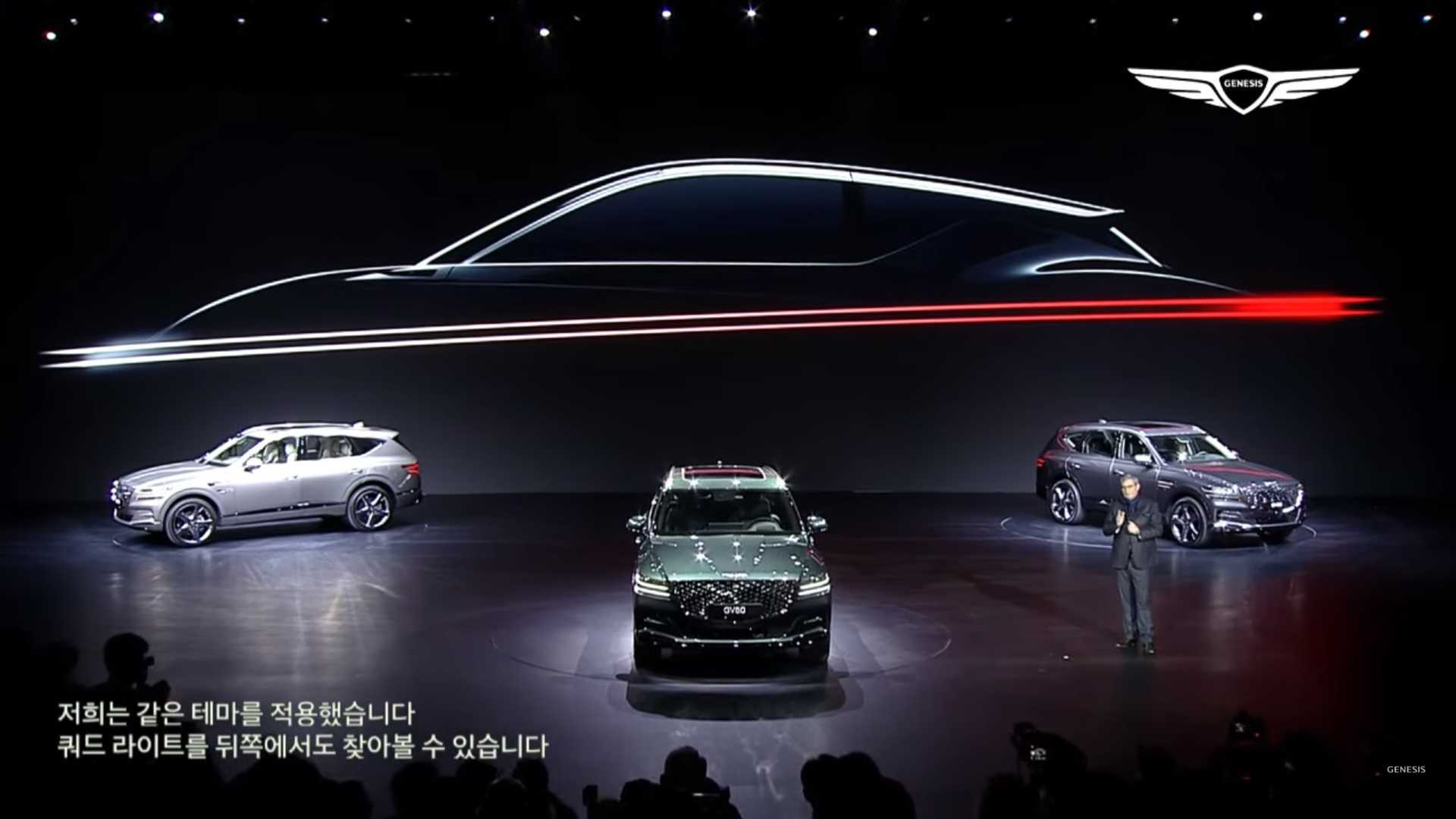 All the way back in 2015, before Genesis was even a brand, the Hyundai group promised a six-vehicle lineup by 2020. While those plans have been pushed back to 2021, we know that four of those vehicles were the G90 flagship full-size sedan, G80 mid-size sedan, G70 compact sport sedan, and GV80 mid-size crossover SUV. We also know a GV70 smaller crossover is on the way. During the reveal of the GV80 on Tuesday, Genesis teased a new six-vehicle lineup of forthcoming models, and a sporty coupe and small hatchback appear to be among them.

The image above shows teaser outlines of future Genesis models. From left to right, they appear to be the GV80, GV70, G90, and G80. The G90 and GV80 have been shown but aren't on sale yet. A new or heavily revised G80 should be shown soon. The second vehicle from the right and the one shown in the lead image is a new coupe and the one at the right looks like a compact hatchback. It appears the G70 is not shown as that model was new for 2019.

We don't know what the coupe may be, but it looks like the beautiful Essentia coupe concept car shown at the 2018 New York Auto Show. The striped lighting along the sides appears to be a dead giveaway that it's the close to the Essentia concept. An electric coupe concept, the Essentia had high aspirations. Genesis said it envisioned a 3.0-second 0-60 mph time and a Formula One-style pushrod suspension.

The hatchback could be a version of the Genesis Mint concept shown at the 2019 New York Auto Show. A two-door, the Mint was also promised to be an electric vehicle with 200 miles of range. We thought that it looked rather odd at first, but the look grew on us.

Whatever these two cars may be, the brand that has so far only featured sedans looks like it has a more diverse and likely electric future.