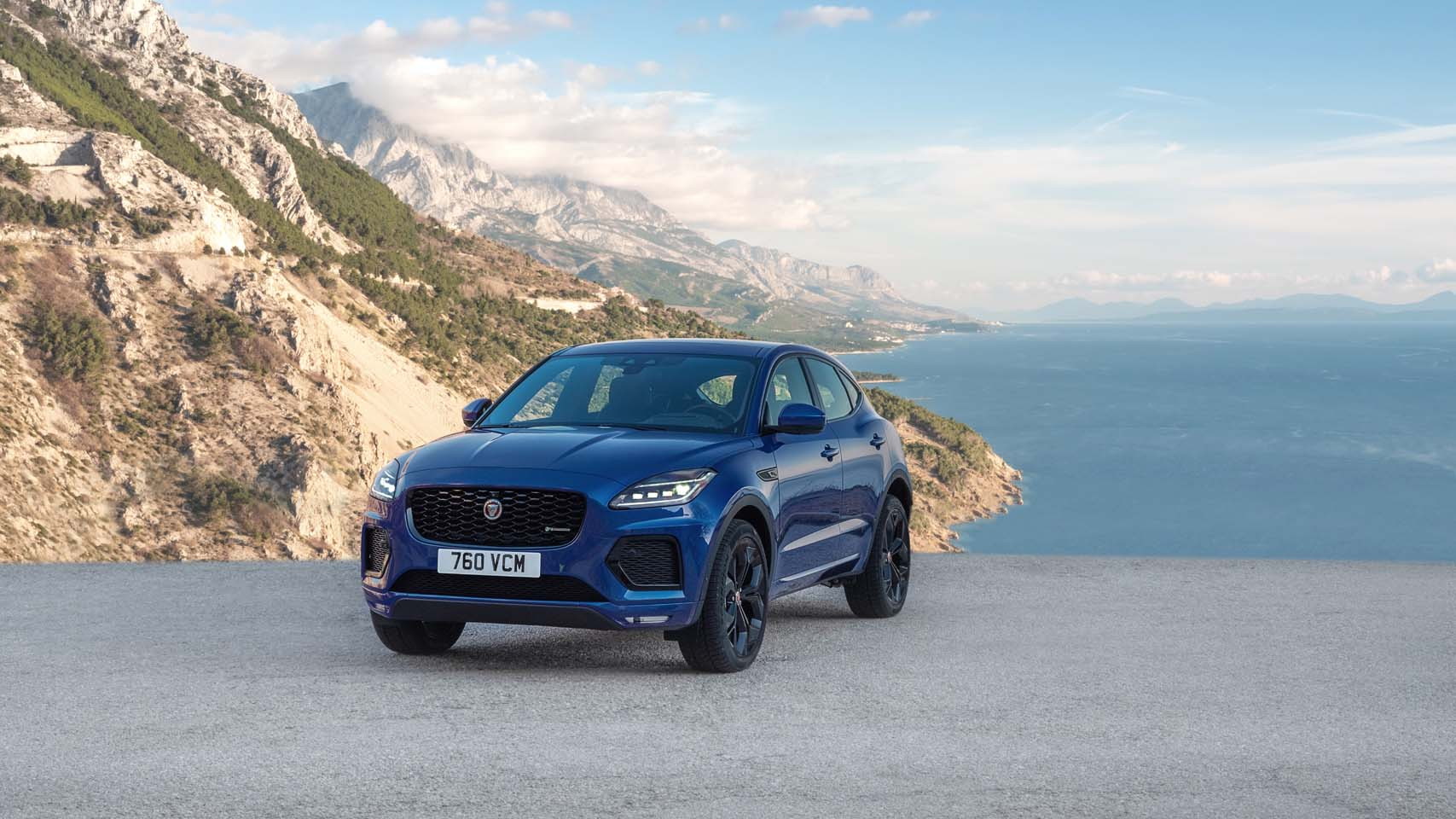 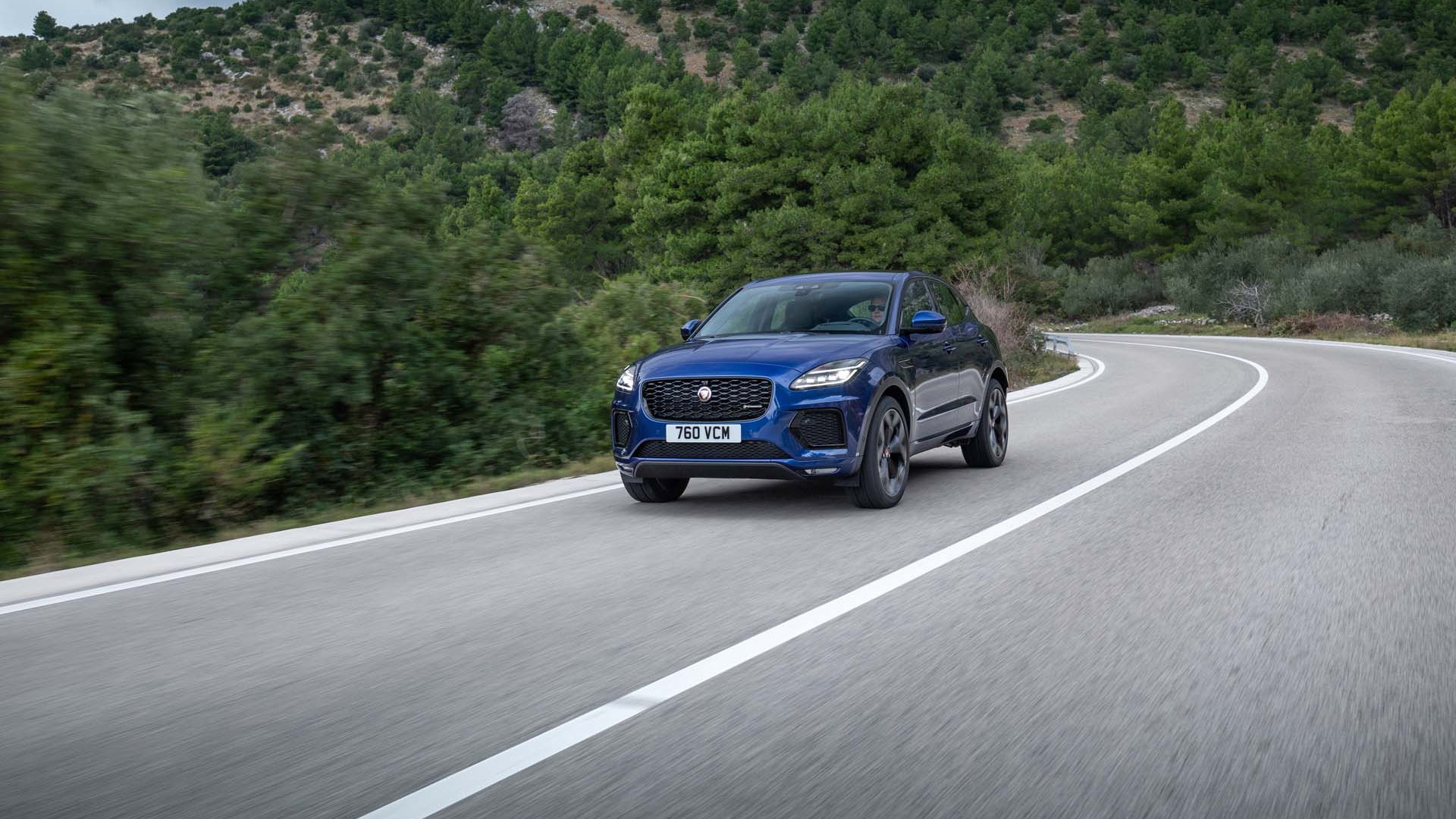 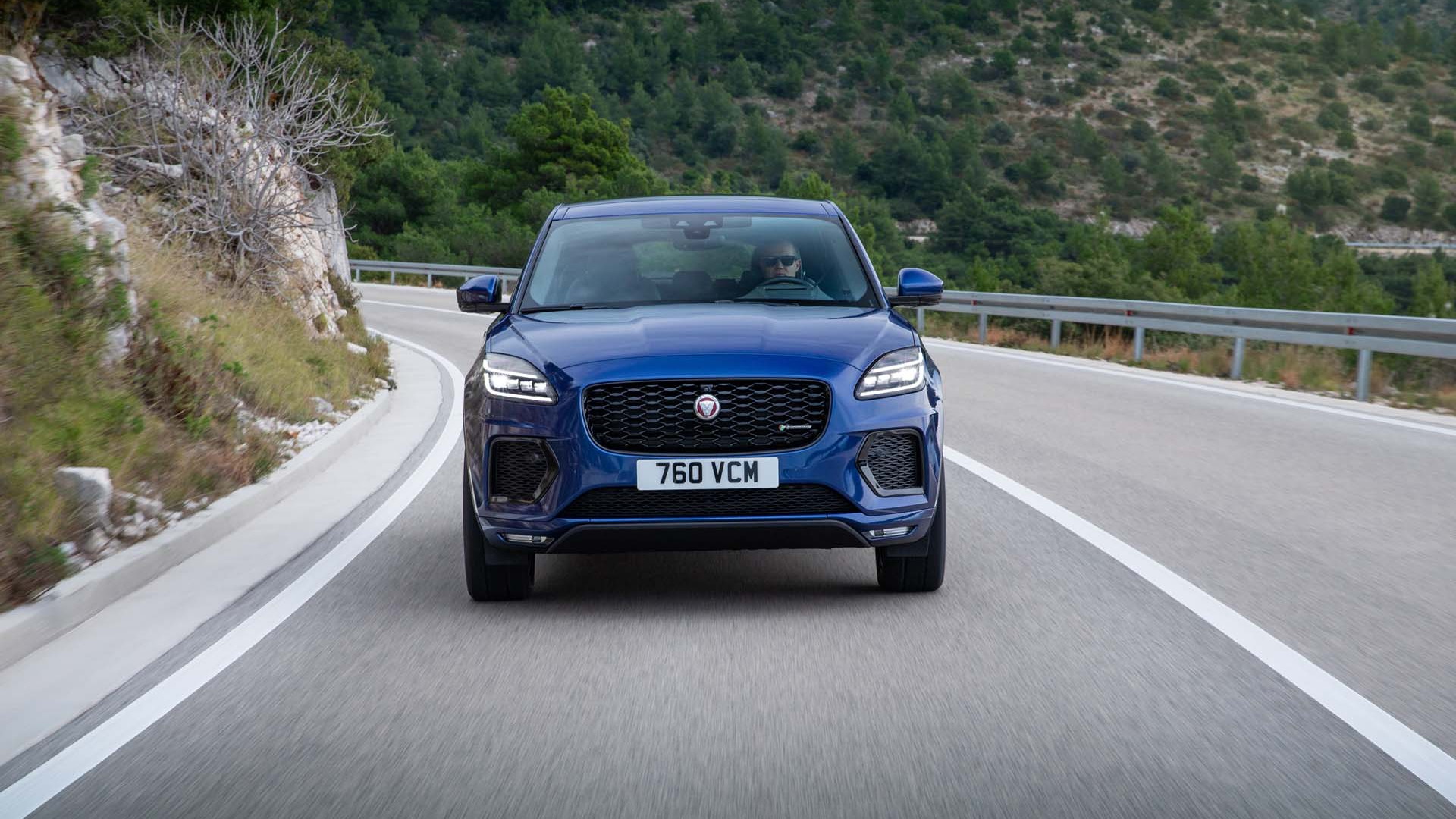 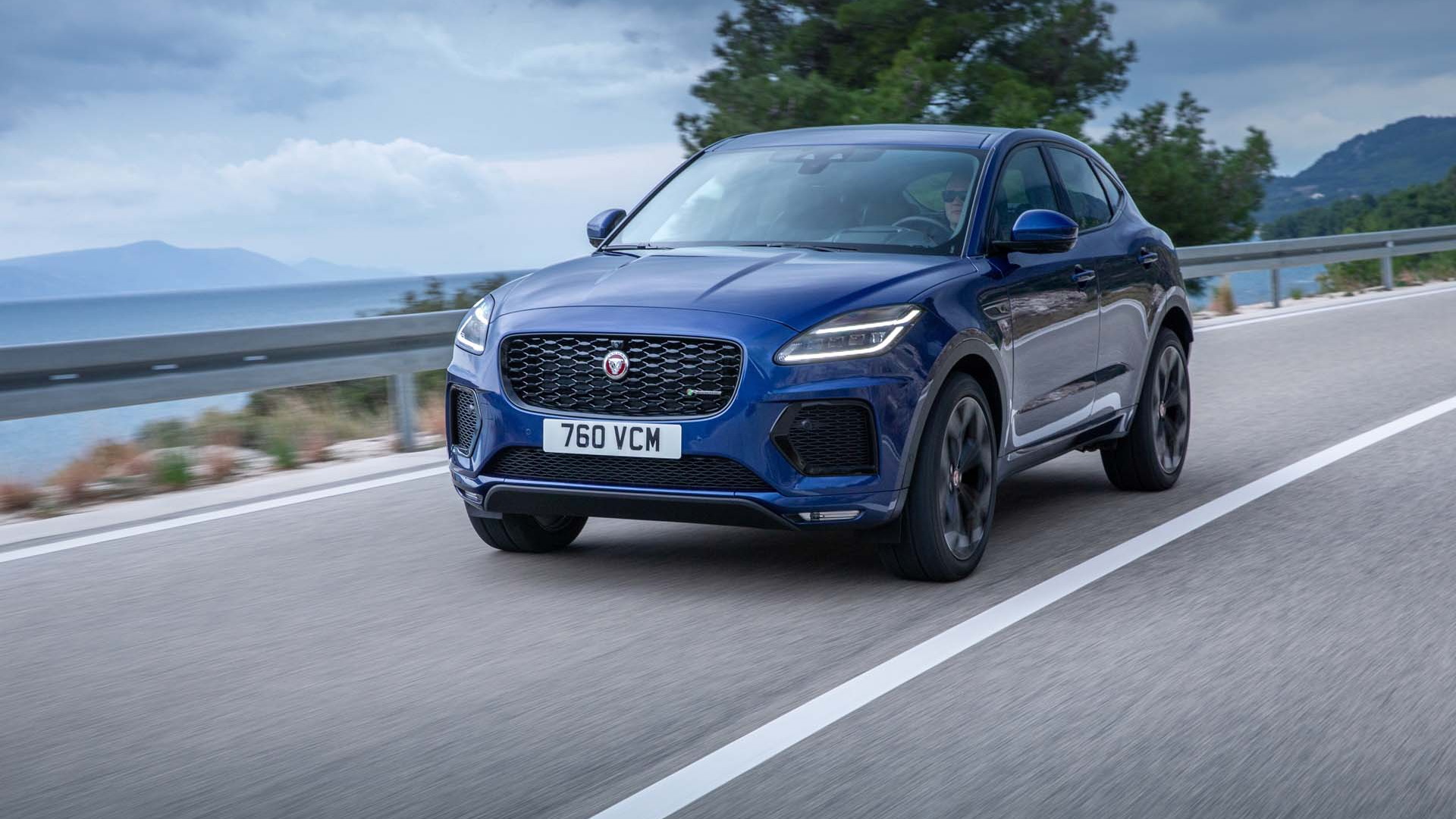 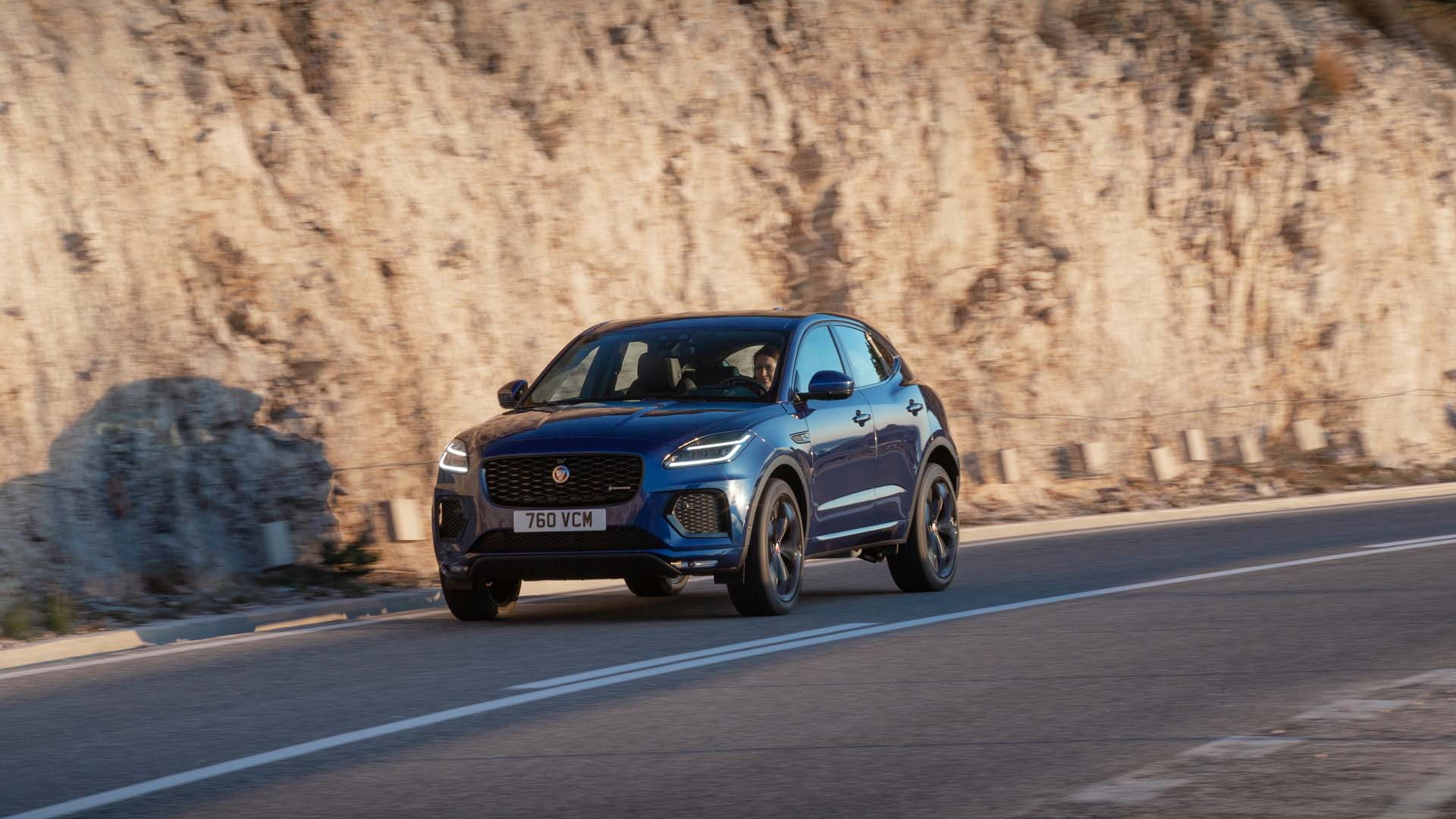 Jaguar on Tuesday unveiled an updated version of its E-Pace. The compact crossover SUV was already one of the best-looking options in its segment, and for the 2021 model year Jaguar has combined the good looks with a few new tech features in the cabin and under the hood.

The E-Pace only arrived for 2018 so for this update, the designers kept the tweaks small. The key changes include a revised front fascia with a new design for the intakes, plus new internals for the LED headlights. The grille also received a new mesh insert that features chrome detailing. An available styling pack can add black accents around the exterior.

Inside, there's an 11.4-inch curved display that serves as the infotainment hub. It runs the latest version of Jaguar's Pivi Pro infotainment system, which the automaker says is simpler to use, thanks in part to many frequently used functions being made accessible in just two taps or less. The system also integrates Apple CarPlay and Android Auto smartphone integration, and supports over-the-air updates.

Jaguar will offer the 2021 E-Pace in three grades: P250, P250 SE, and 300 Sport. All-wheel drive is standard across the range, though the system on the 300 Sport is able to split torque not only between the axles but also between the rear wheels for improved handling at the limit.

The P250 and P250 SE both feature a 2.0-liter turbocharged inline-4 rated at 246 horsepower. The 300 Sport augments the engine with mild-hybrid tech to generate 296 hp. In each case, a 9-speed automatic is the only transmission.

Jaguar also made some tweaks to the chassis to improve comfort levels. These include new front suspension attachment points said to improve stiffness, as well as new engine mounts said to help improve throttle response. An available Dynamic Handing Pack (standard on the 300 Sport) adjusts the damper stiffness based on inputs such as acceleration, steering, throttle and braking.

Jaguar's XE small sedan will no longer be offered in the United States after 2020, which will leave the E-Pace as the brand's point of entry here. The move isn't much of a surprise considering Jaguar sold 4,782 E-Paces in the U.S. in 2019 versus 3,551 XEs.

Pricing for the 2021 Jaguar E-Pace is listed below:

All figures include destination.

For more on the Jaguar E-Pace, read the in-depth reviews at The Car Connection.