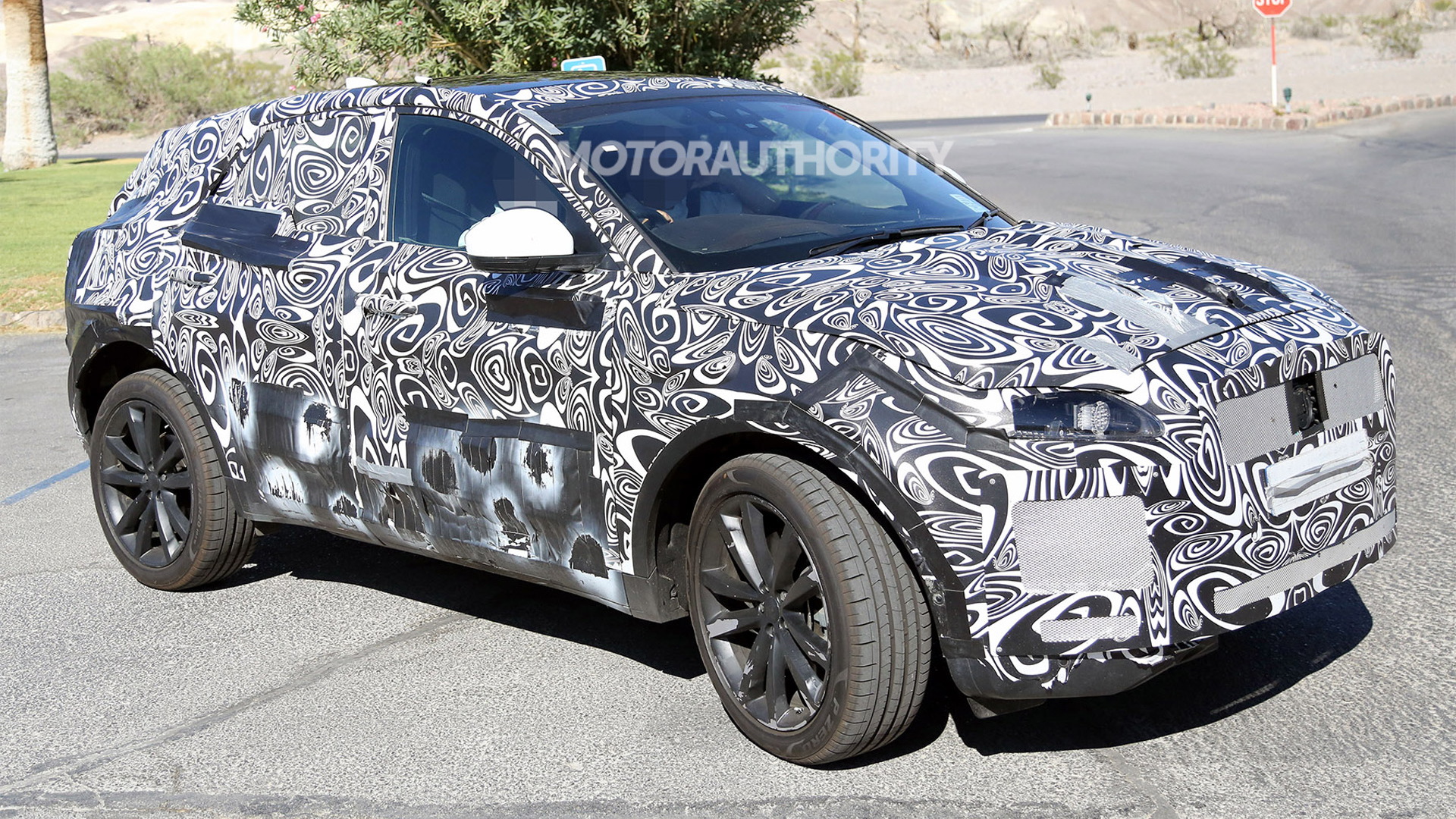 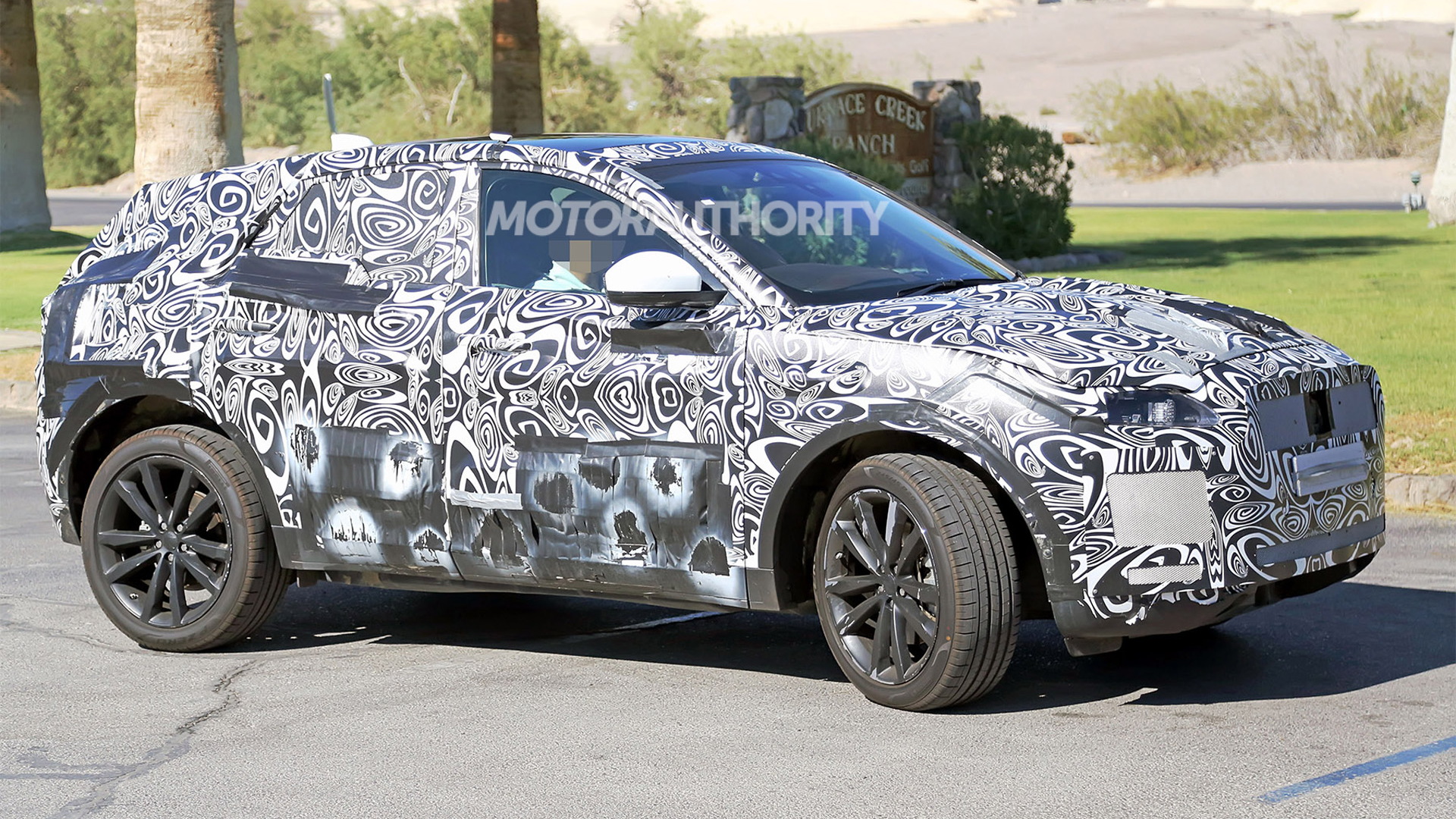 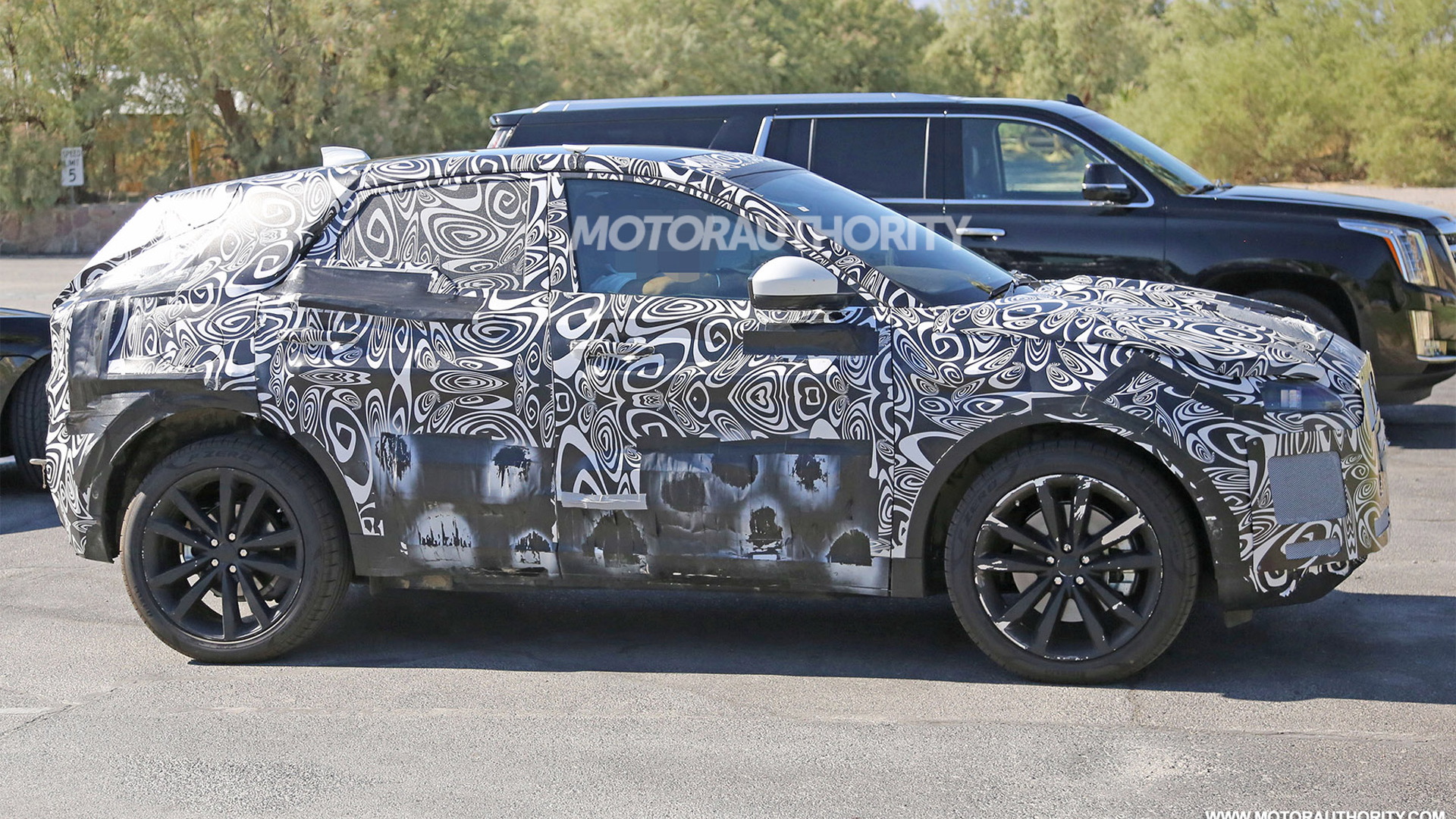 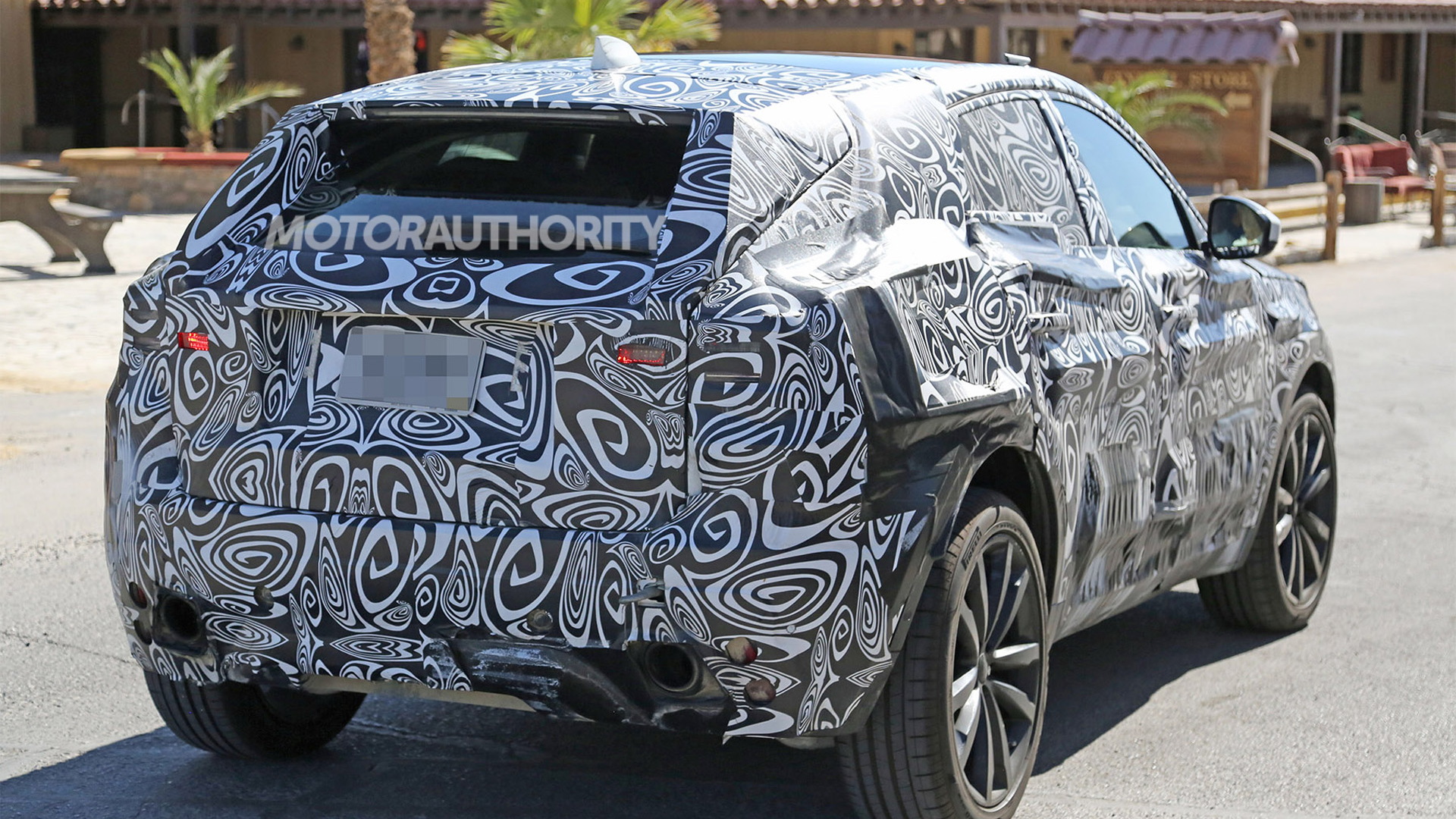 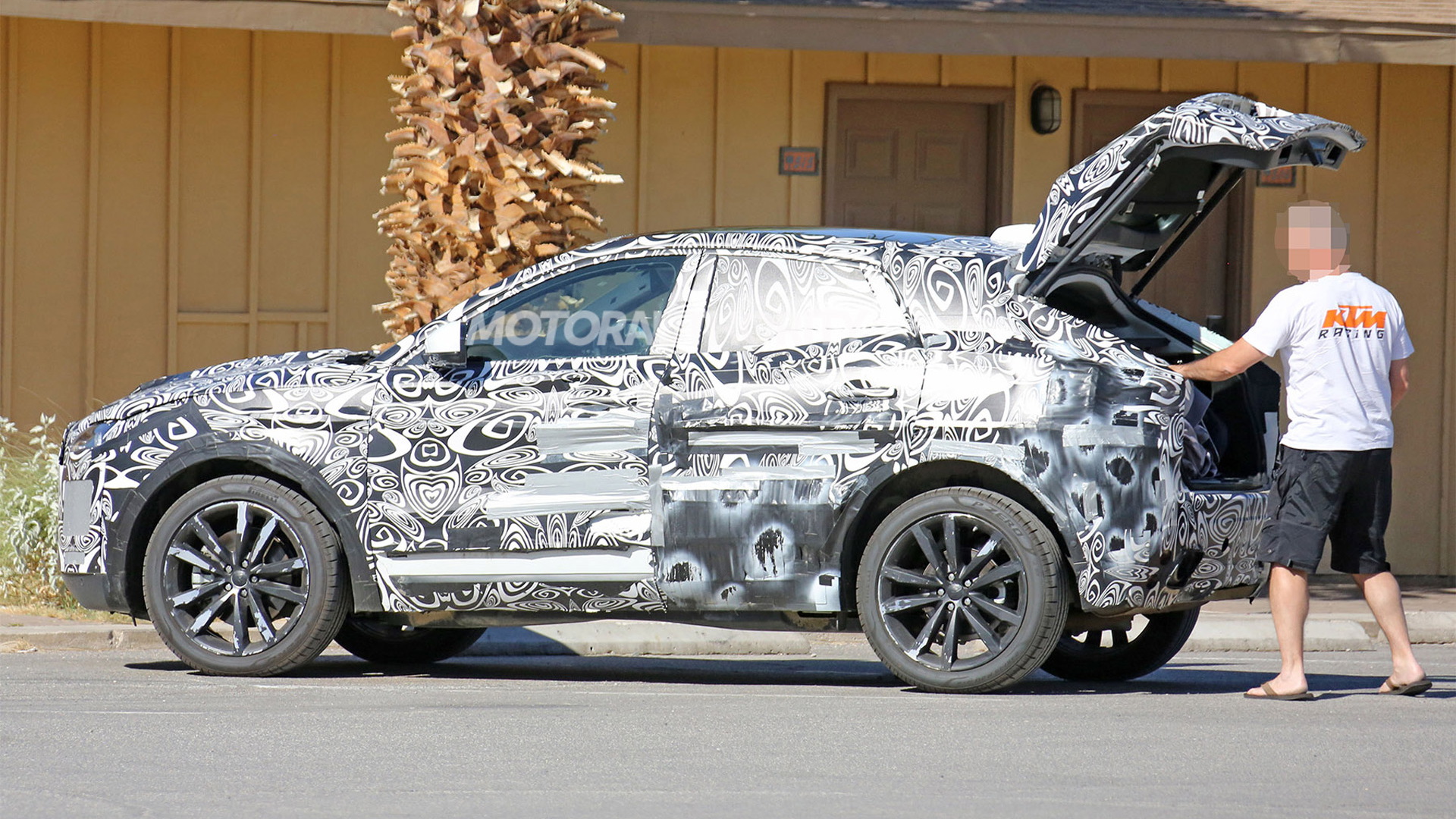 Jaguar’s F-Pace has soared to the top of the sales chart in only its first year on the market. A total 45,973 of the SUVs were sold in 2016, equating to approximately 30 percent of Jaguar’s sales.

Little surprise then that the British automaker is already at an advanced stage of development on its second SUV: the E-Pace. Due to be unveiled on July 13, the compact SUV has been confirmed for sale in the United States in early 2018. It will be priced from $39,595.

Our spy shots and video reveal much of the design. The proportions are similar to those of the F-Pace though the E-Pace is the sportier of the two. A teaser shot reveals a front that resembles the design of the F-Type sports car.

For the interior, we should elements borrowed from the F-Pace and XE models. Look for Jaguar's typical three-spoke, multi-function steering wheel and rotary-dial gear selector. The infotainment system will be Jaguar's latest InControl touchscreen-based system.

The E-Pace, which slots in below the F-Pace, will target the Audi Q3, BMW X1 and Mercedes-Benz GLA. The platform is the latest version of Jaguar Land Rover’s LR-MS platform, which made its debut in the 2016 Land Rover Discovery Sport. The platform is also earmarked for the redesigned Range Rover Evoque and possibly a model from parent company Tata.

In the powertrain department will be inline-4 engines. The base model should be an F-Pace 25t equipped with a 247-horsepower 2.0-liter turbocharged inline-4. All-wheel drive will be standard in the U.S.

Further out it's possible we see the vehicle adopt a new inline-3 Jaguar Land Rover is investigating. A hybrid option is also a possibility at some point.

As mentioned, the E-Pace will be unveiled on July 13. A formal debut should take place at the 2017 Frankfurt auto show in September.

Note, Jaguar is working on an at least one more SUV. We’re talking about the I-Pace electric SUV, which was previewed at the 2016 Los Angeles auto show by a concept of the same name.