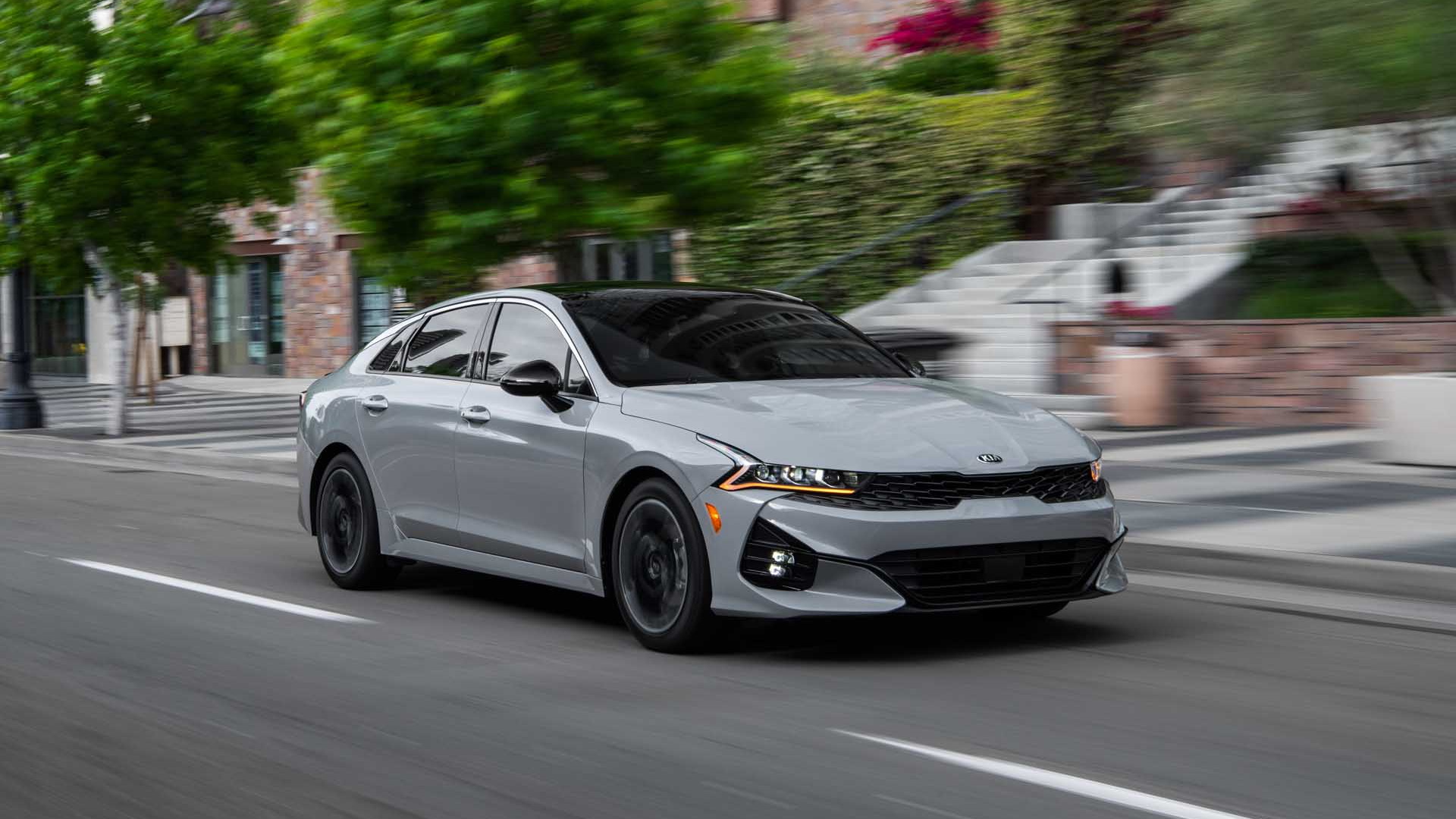 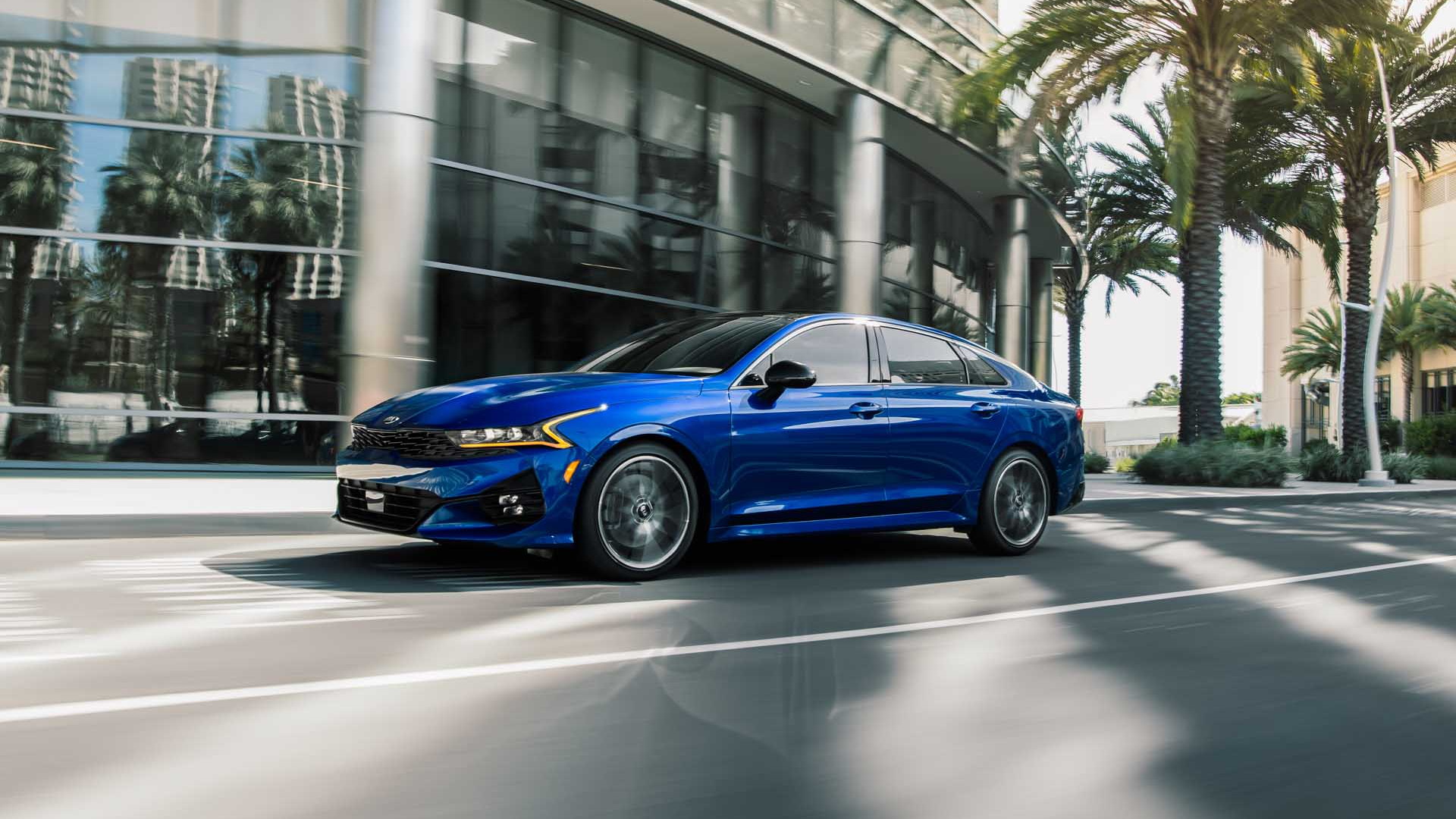 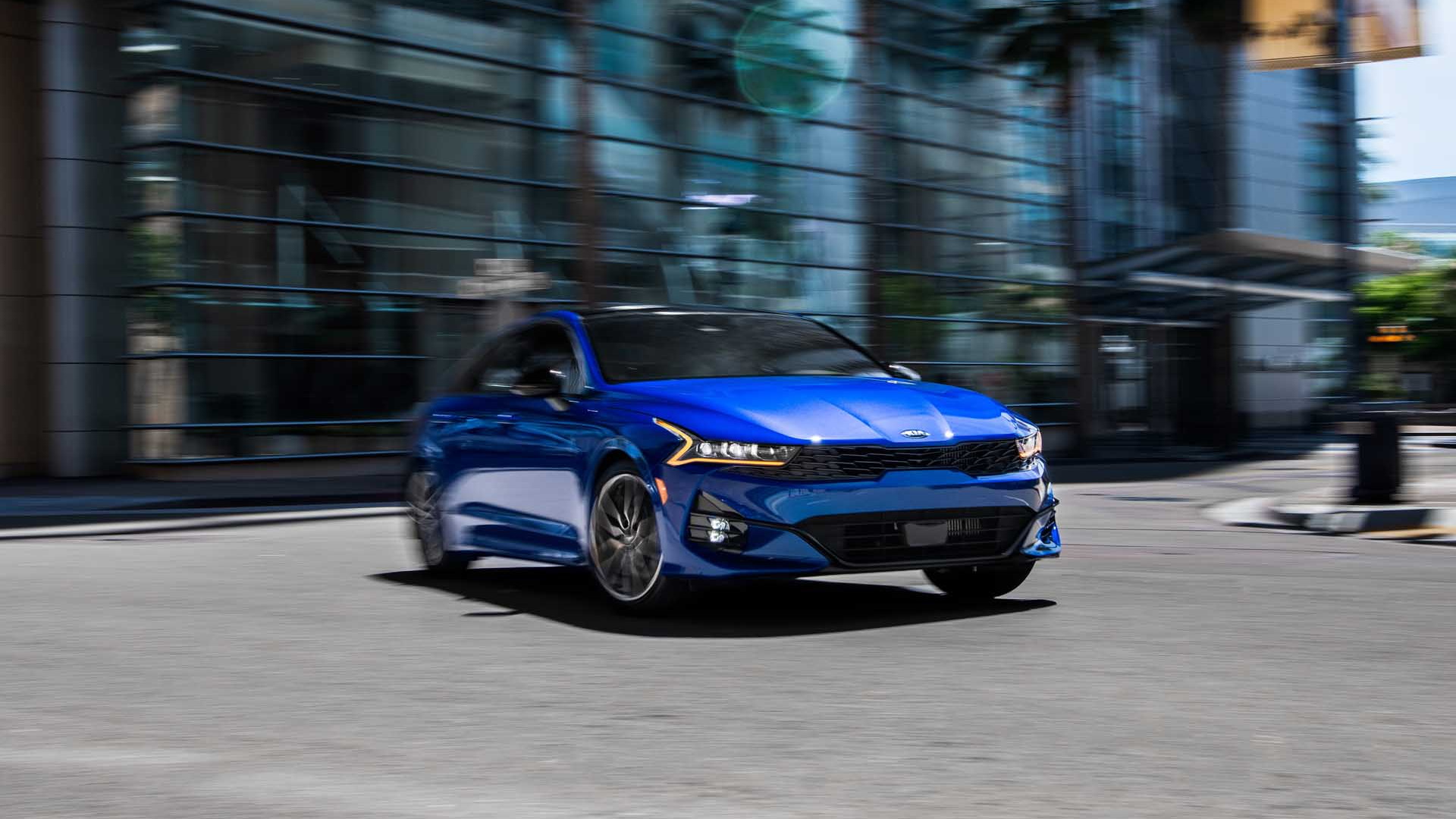 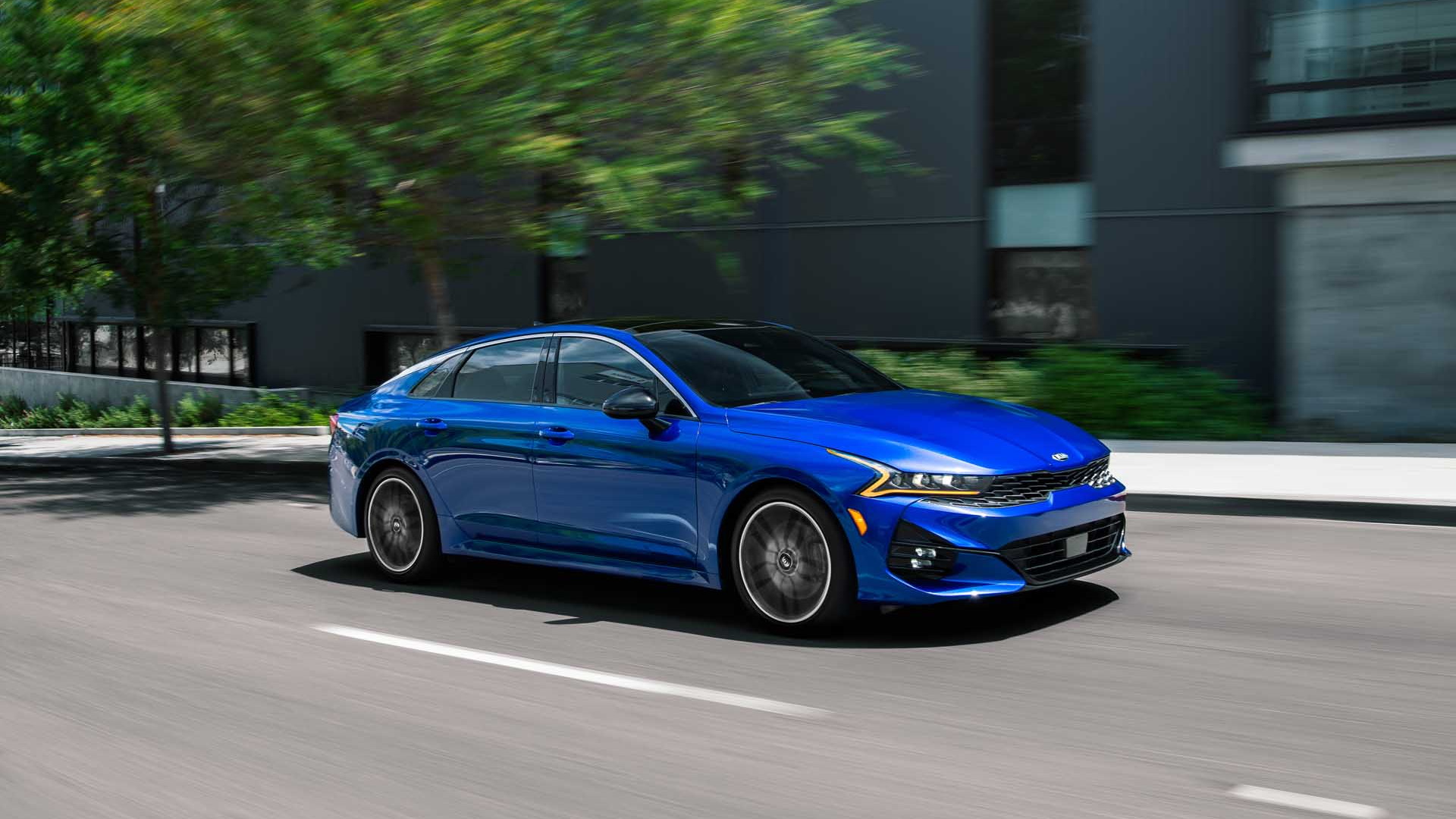 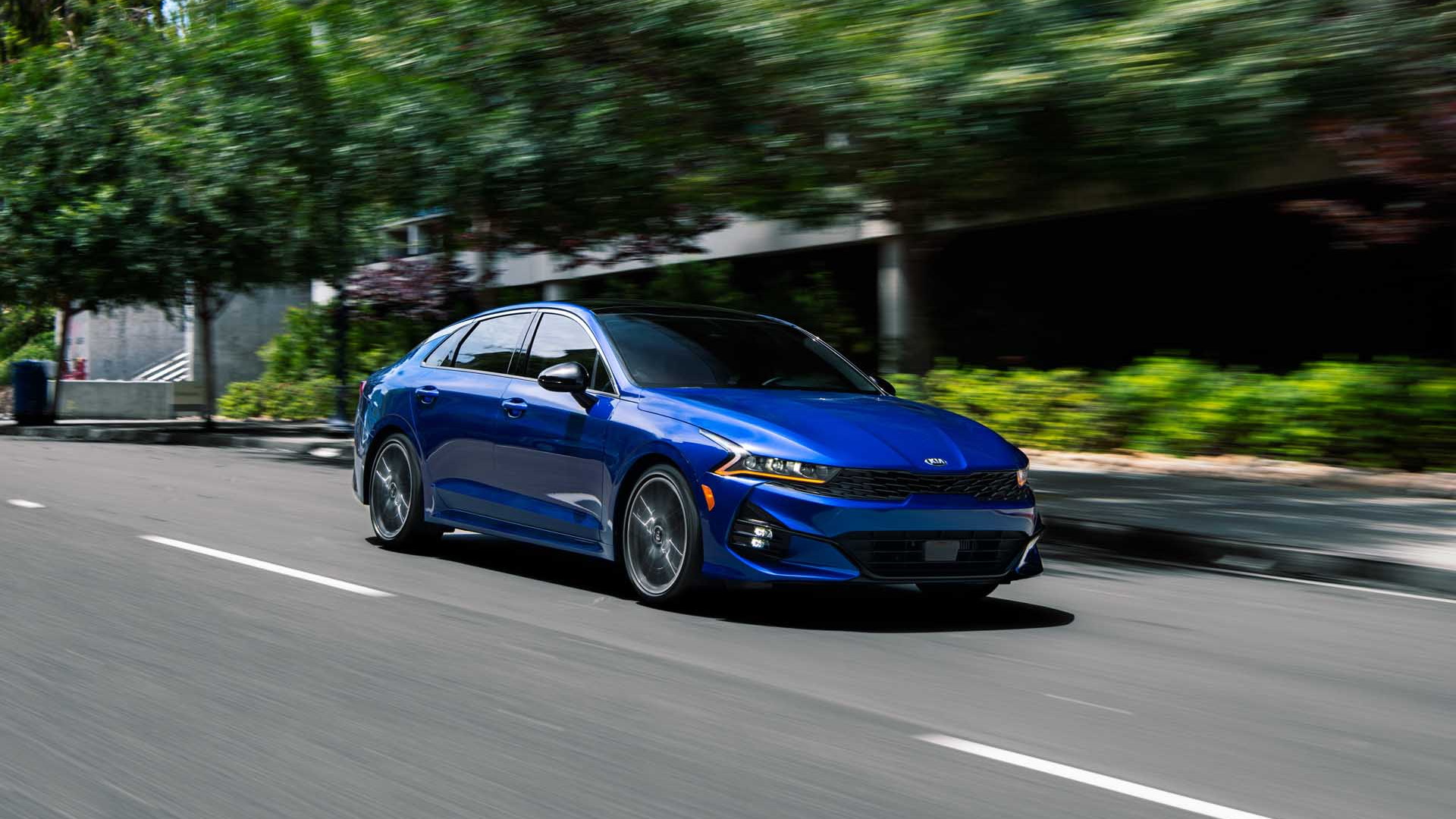 The Kia Optima has consistently delivered for buyers on a budget looking for a svelte, sporty sedan. For 2021, Optima fans have a prettier, more powerful replacement to yearn for, only now the car is called a K5. The name is actually what Optimas have been known as in Kia's home market of Korea.

Like its corporate cousin, the Hyundai Sonata, the 2021 K5 is a ground-up redesign. Underpinning the car is Hyundai and Kia's N3 platform, which is stronger than the platform in the Optima while also being longer, wider and lower. The wheelbase measures 112.2 inches, up 1.8 inches on the Optima.

Drive in the K5 is to the front wheels as standard but all-wheel drive is available. Also standard is an 8-speed automatic but an 8-speed dual-clutch transmission of Kia's own design is available. With 290 hp and the DCT, the K5 will sprint to 60 mph from rest in a brisk 5.8 seconds.

The K5 looks very different to the Optima it replaces. Its fastback-style rear end looks a lot like the larger, rear-wheel-drive Kia Stinger, but unlike that sport sedan, the K5 has a trunk rather than a hatch.

Like the exterior, the interior of the K5 also represents a major step up in style and quality over the Optima. The design is clearly influenced from the Stinger's cabin, with an aircraft-style shifter and even a flat-bottom steering wheel offered on some grades.

For the infotainment, buyers can choose between 8.0- and 10.3-inch touchscreen displays. Apple CarPlay and Android Auto are included, although wireless smartphone software is only included on the smaller screen. A long list of electronic driver-assist features are offered, with automatic emergency braking with pedestrian detection included as standard.

Production of the K5 for North America will he handled at Kia's plant in West Point, Georgia. The plant is where Kia built the Optima.